A red squirrel called Radish has ‘retired’ from an East Devon wildlife sanctuary after fathering a dozen kits in a bid to save his species.

Staff at Wildwood Escot, near Ottery St Mary, bid the cute critter a fond farewell this week – and even presented him with a card to mark the occasion.

Radish is a real star…we’re all sorry to see him go, but he’s certainly earned his retirement…

Five-year-old Radish has been ‘the engine’ of the charity’s successful red squirrel breeding programme in Devon.

His son and grandchildren will continue his legacy at Escot in helping to halt the decline of the species.

“He has played a crucial role in our breeding efforts producing a total of 12 kits for release projects.

“We’re all sorry to see him go, but he’s certainly earned his retirement.” 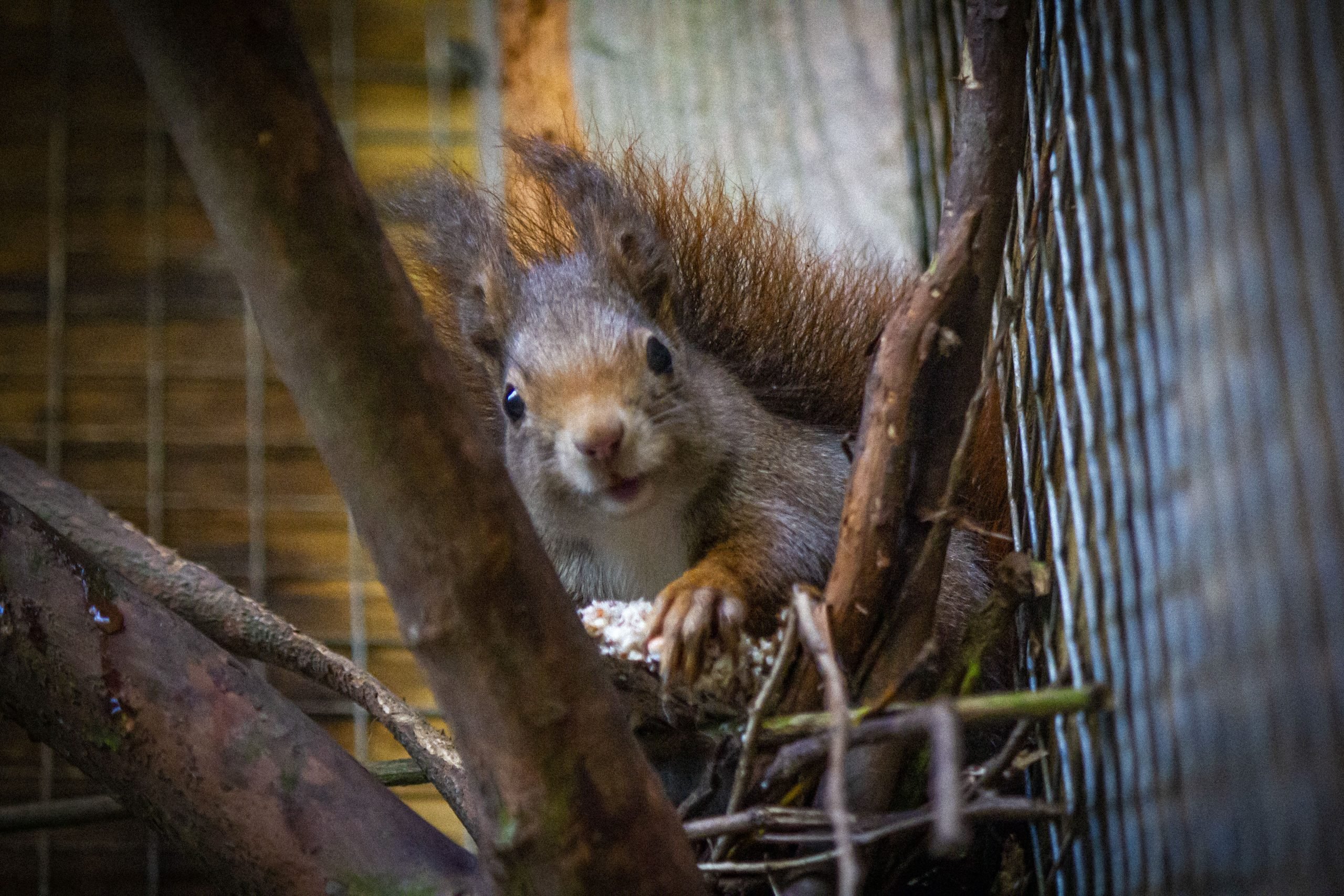 Radish is set to be released into a spacious walk-through woodland enclosure at the charity’s Kent site.

There, he will join a small group of males, which includes other veterans, in the fight to save the red squirrel.
“We also have an open woodland habitat here in Devon” added Ben.

“But in order to have proper control over breeding, ours is an all-female facility whilst the enclosure at our sister park in Kent is all-male.

“In addition to providing an excellent opportunity for visitors to see this iconic species in their natural habitat, these amazing woodland habitats enable us to provide a fitting retirement for both our male and female squirrels once they’ve left the programme.”

Established in 2002, the Wildwood Trust specialises in the protection and promotion of British wildlife and wild spaces.

Much of the charity’s work involves the breeding of endangered species for managed release programmes.

In addition to red squirrels, this includes water voles, hazel dormice, pine martens, beavers and wildcats.
Red squirrels were once a common sight in the British landscape, but the population has been in steep decline since the introduction of the grey squirrel from America in the 1800s.

In addition to being larger and more aggressive, the grey squirrel carries a virus which is deadly to the reds.
Wildwood Escot general manager George Hyde added: “Radish has played a vital role in the long, ongoing battle against the grey invasion, but his contribution would be impossible without the generosity of our supporters.

The Wildwood Trust recently began working with Natural Resources Wales on a new release programme, which will see young squirrels bred in Devon and Kent released into controlled sites in the Welsh countryside.

Carrying on the family tradition, Radish’s son, Bonsai, will be paired with a new female red squirrel arriving soon from Welsh Mountain Zoo.

The staff at Wildwood Escot are confident that Radish’s legacy will continue with his grandchildren following their aunts and uncles, released into the British countryside next year.