Honiton Scouts presented certificates to shopkeepers in the town after the youngsters held a Christmas window display competition.

Festive fun has been at the forefront of the scouts’ December meetings as the youngsters took part in a host of Christmas activities.

Card and wreath making activities, judging festive shop displays, plus dreaming up new ice cream flavours and making new laws as part of UK Parliament Week, have kept the youngster busy in the lead-up to Christmas.

She said: “We as leaders enjoying listening to their discussions on to why they should give them a good mark. Each window is marked out of twenty.”

She added: “1st Honiton Scout members went around the shops during their section meeting nights to judge the shop windows to see how Christmassy they were.”

Coming in third was Ganesha, fourth was awarded to Just Cards and fifth place was presented to Wild and Whimsical Flowers.

A special certificate was awarded to Robson Financial for its Lego car and truck display.

Helen said: “The young members really liked them and got so excited to see them.” 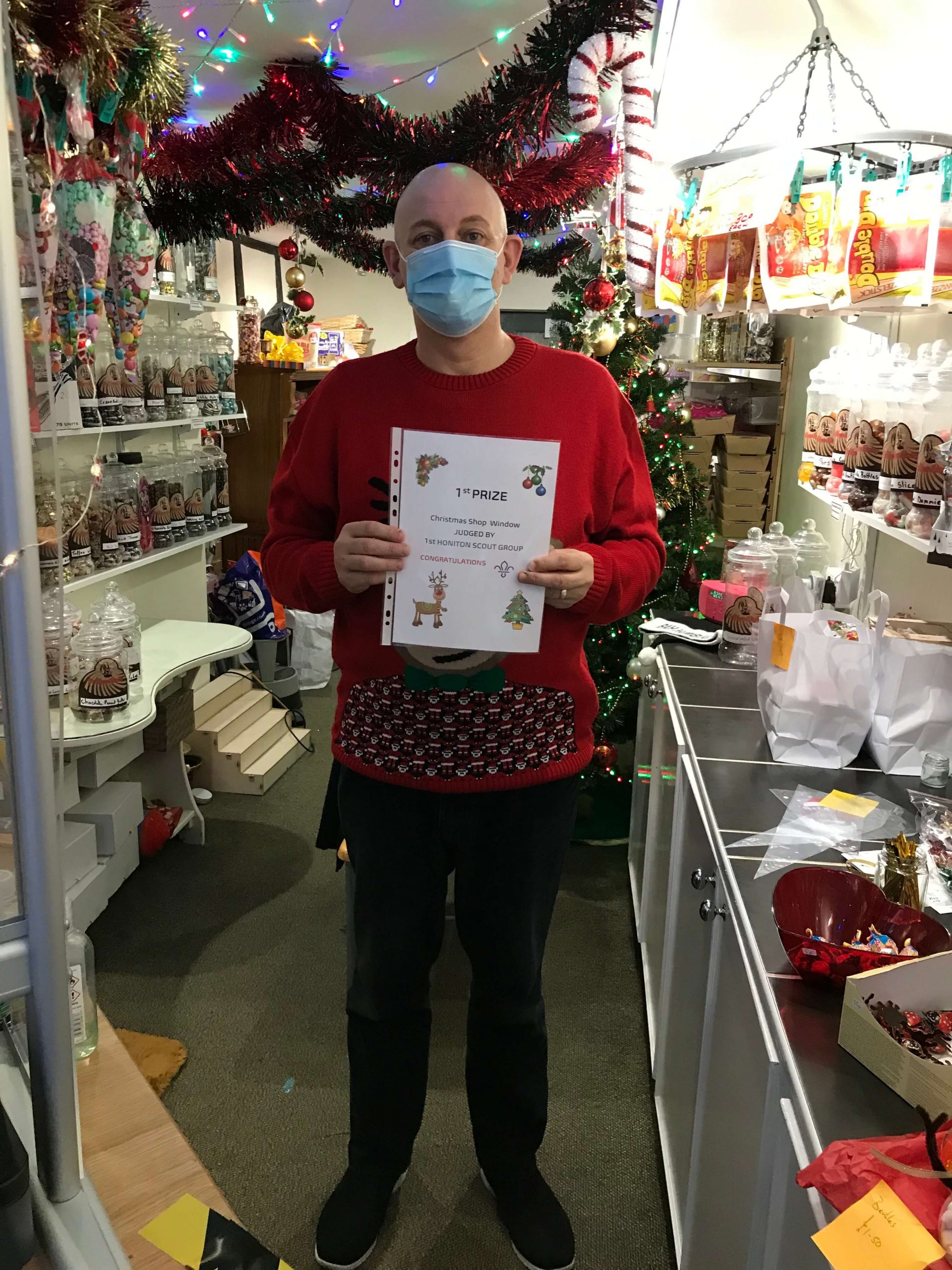 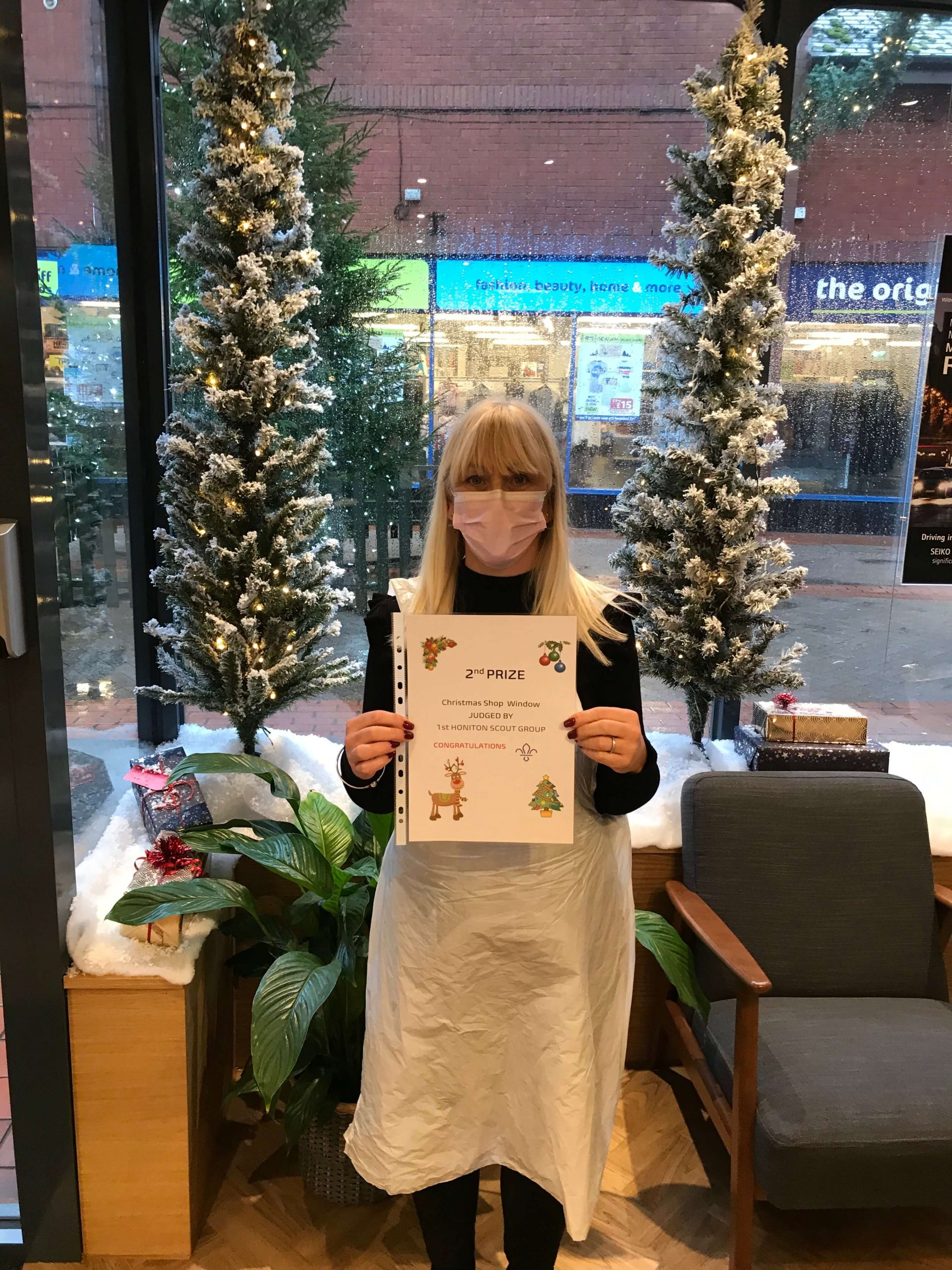 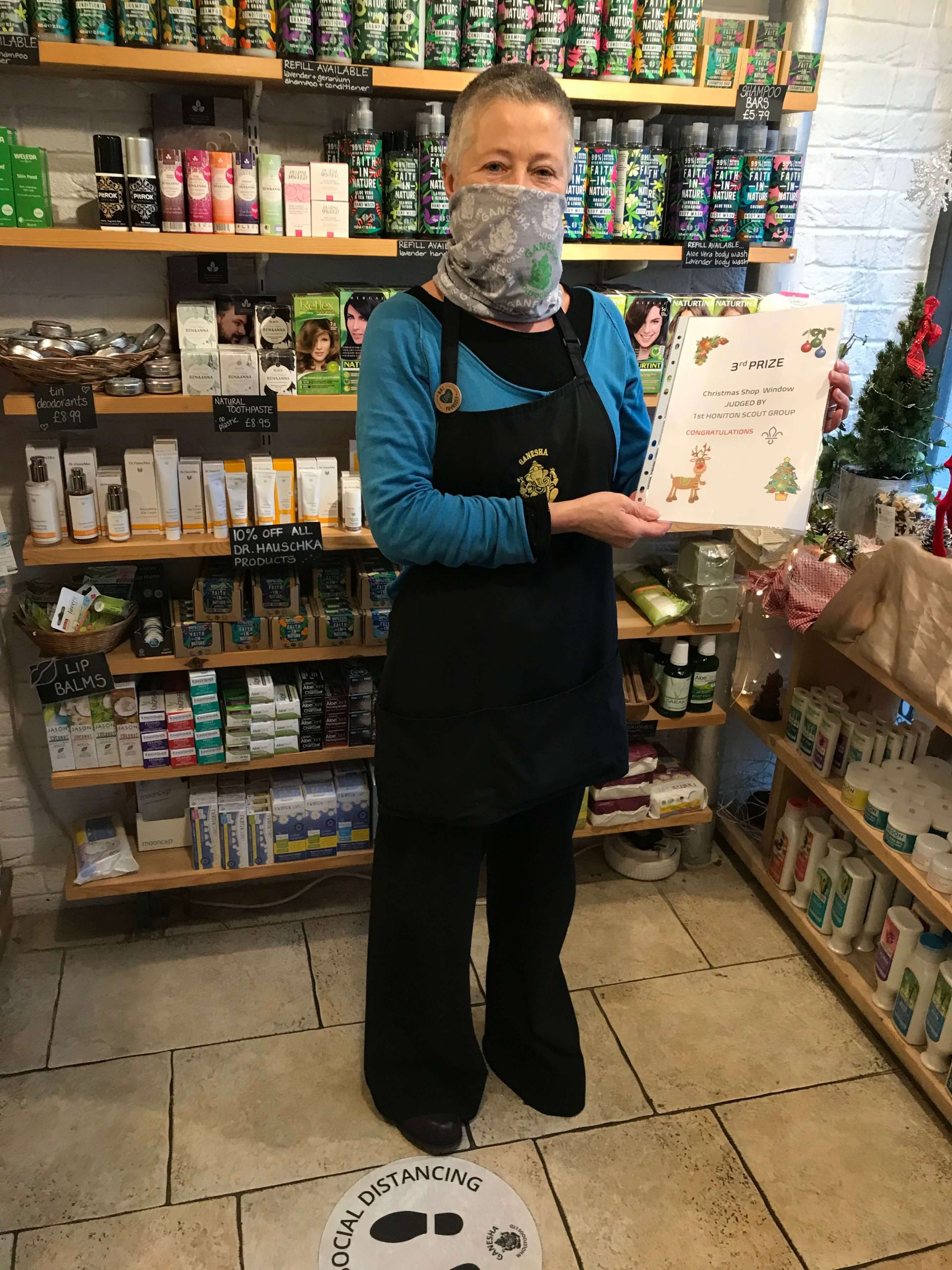 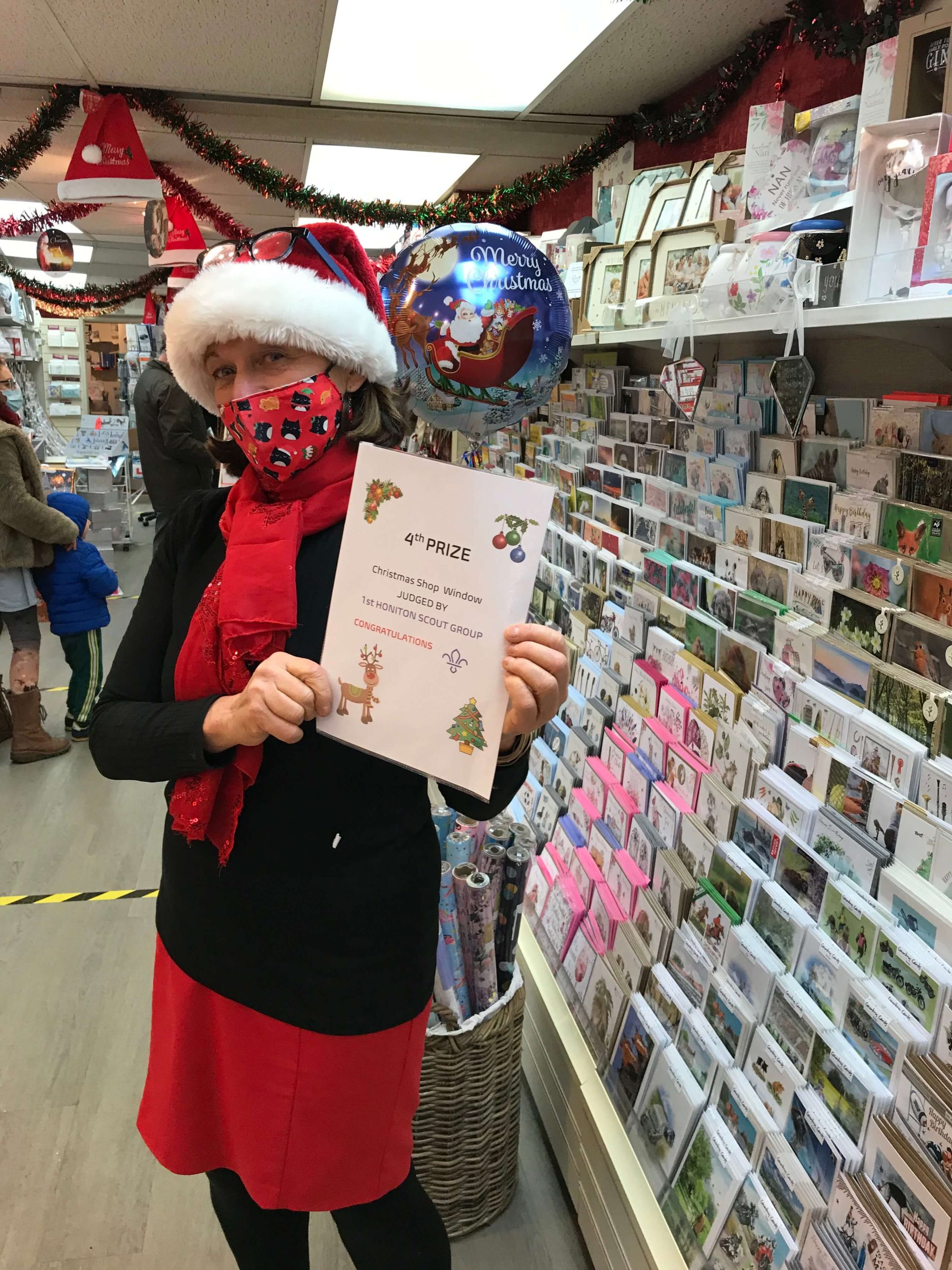 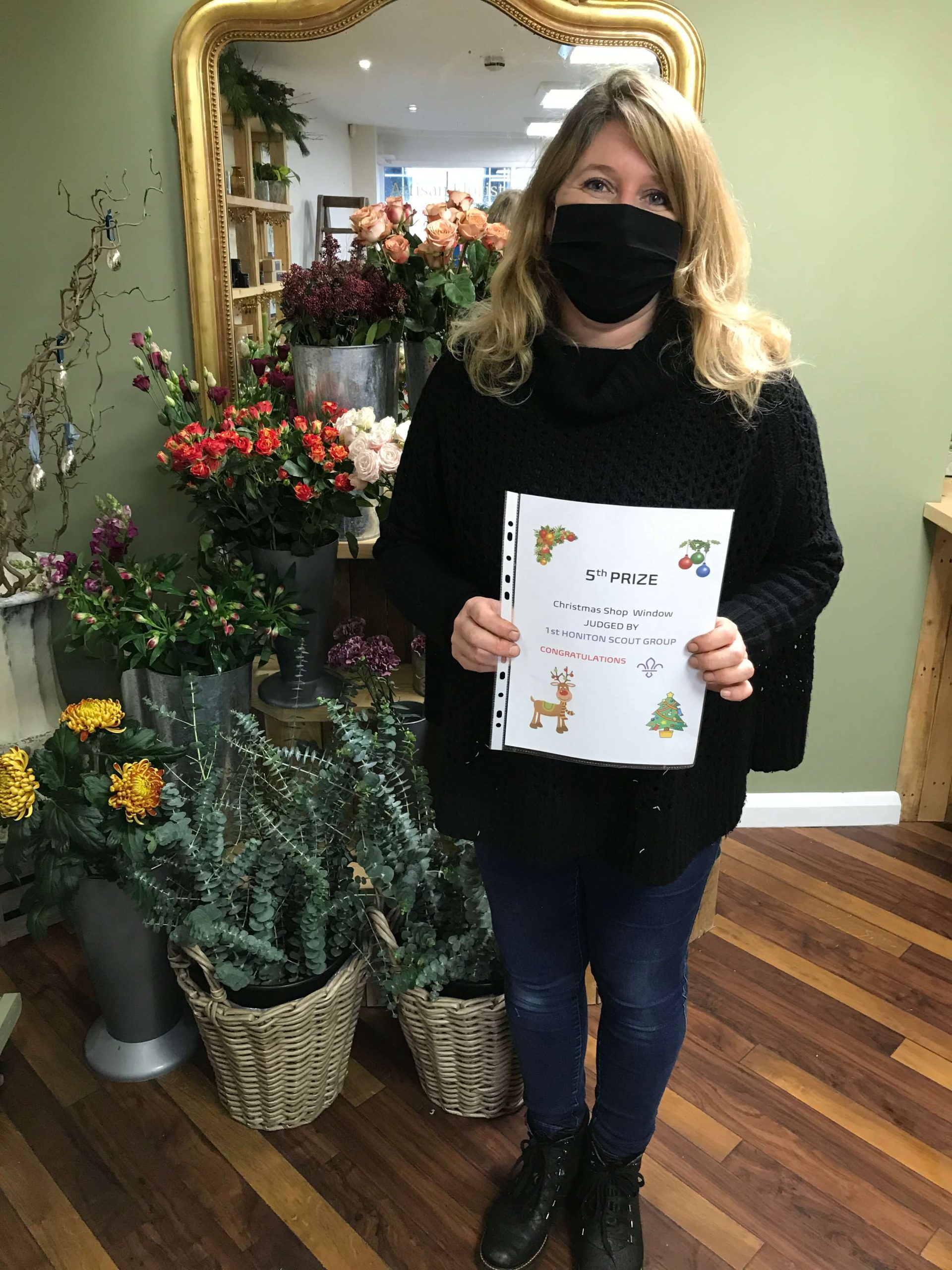 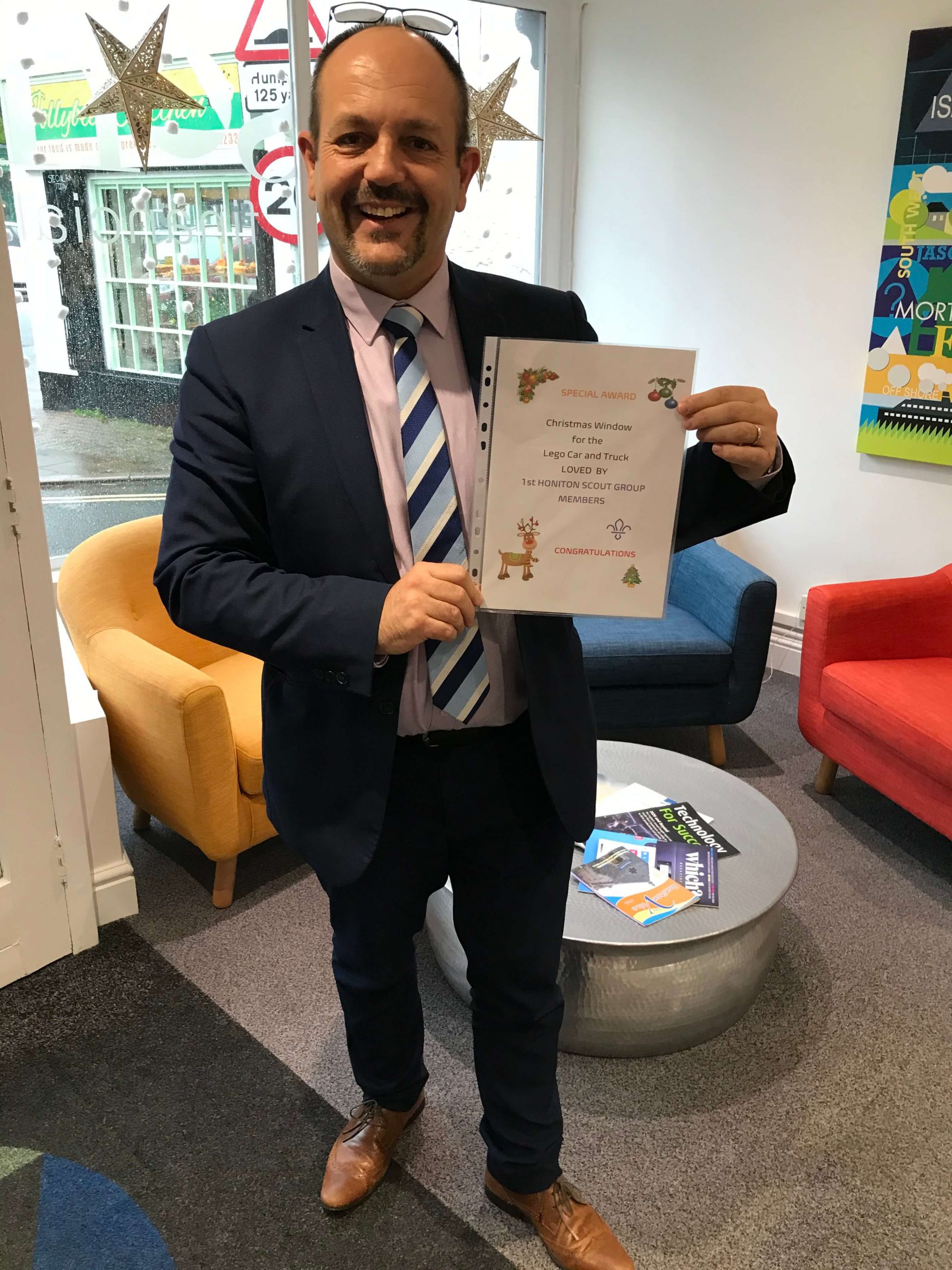 Robson Finance was presented with a special award. 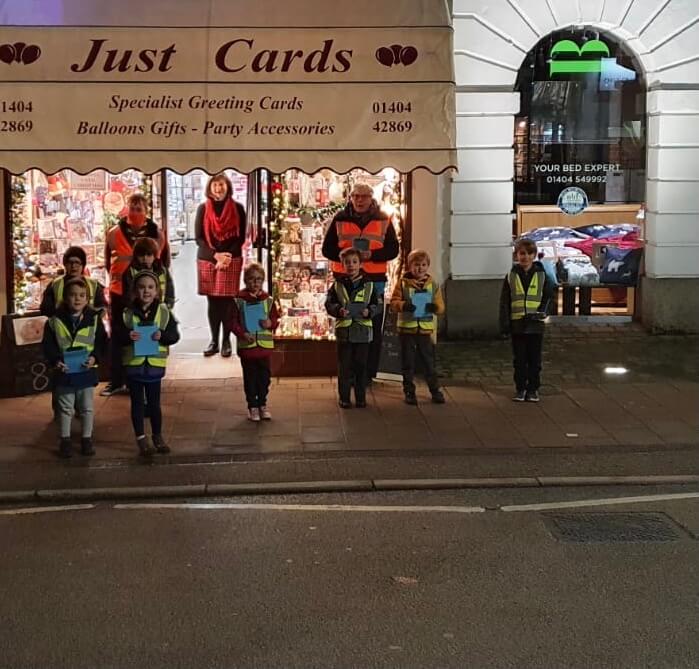 Some of the Honiton Scouts youngsters window judging.

Looking at the display in Wild and Whimsical Flowers.

When the Scouts learned about the working of the UK Parliament earlier this term, the children chose a name for their Parliamentary party and came up with new laws, which included mandatory daily ice cream eating.

Helen, who organised for East Devon Ices to attended the final Beaver meeting of December, said: “All the Beavers were given an ice cream of their choice which they thought was brilliant.” 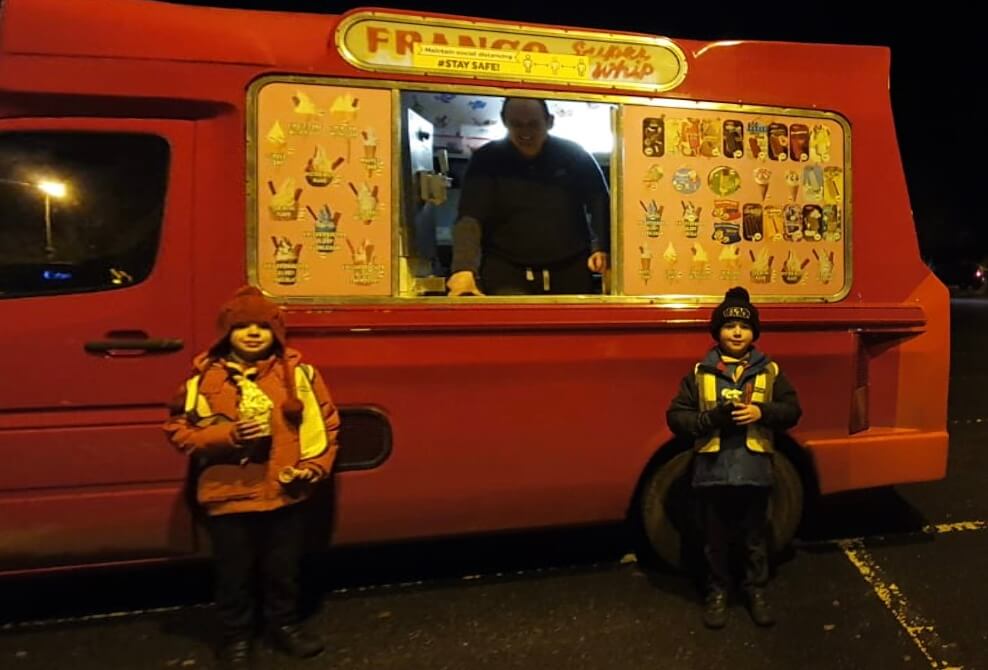 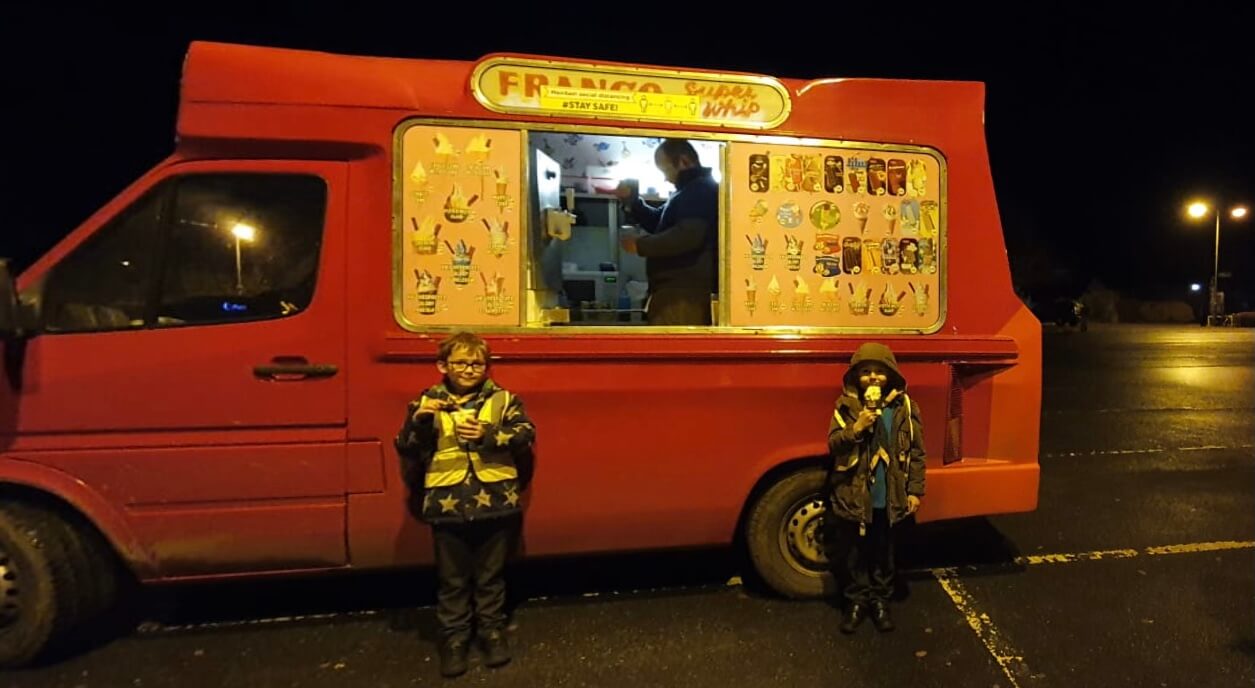 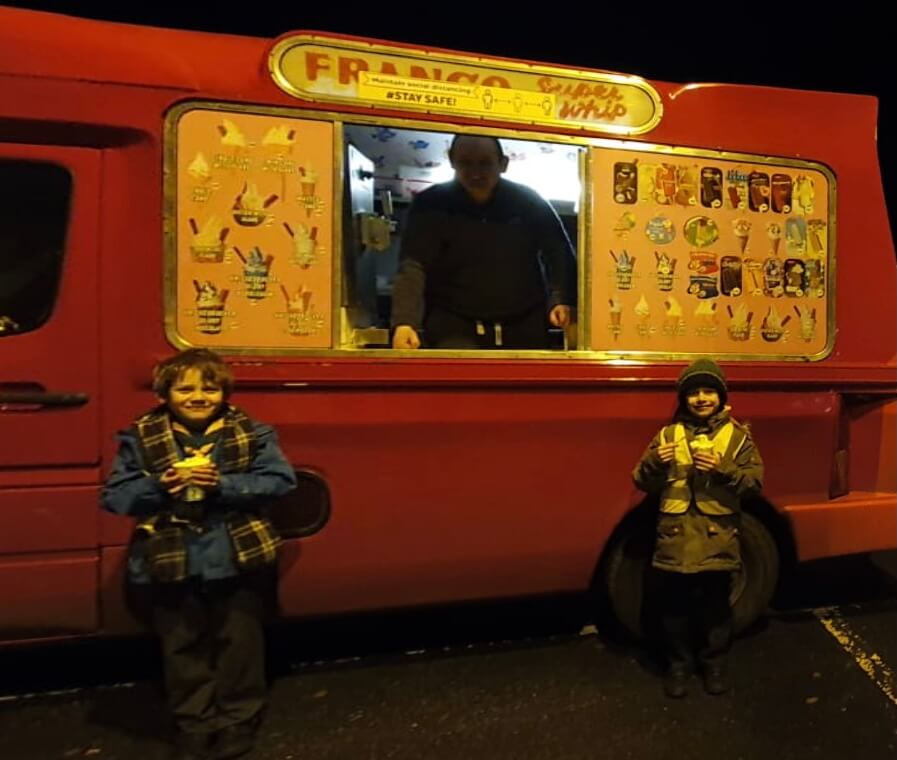 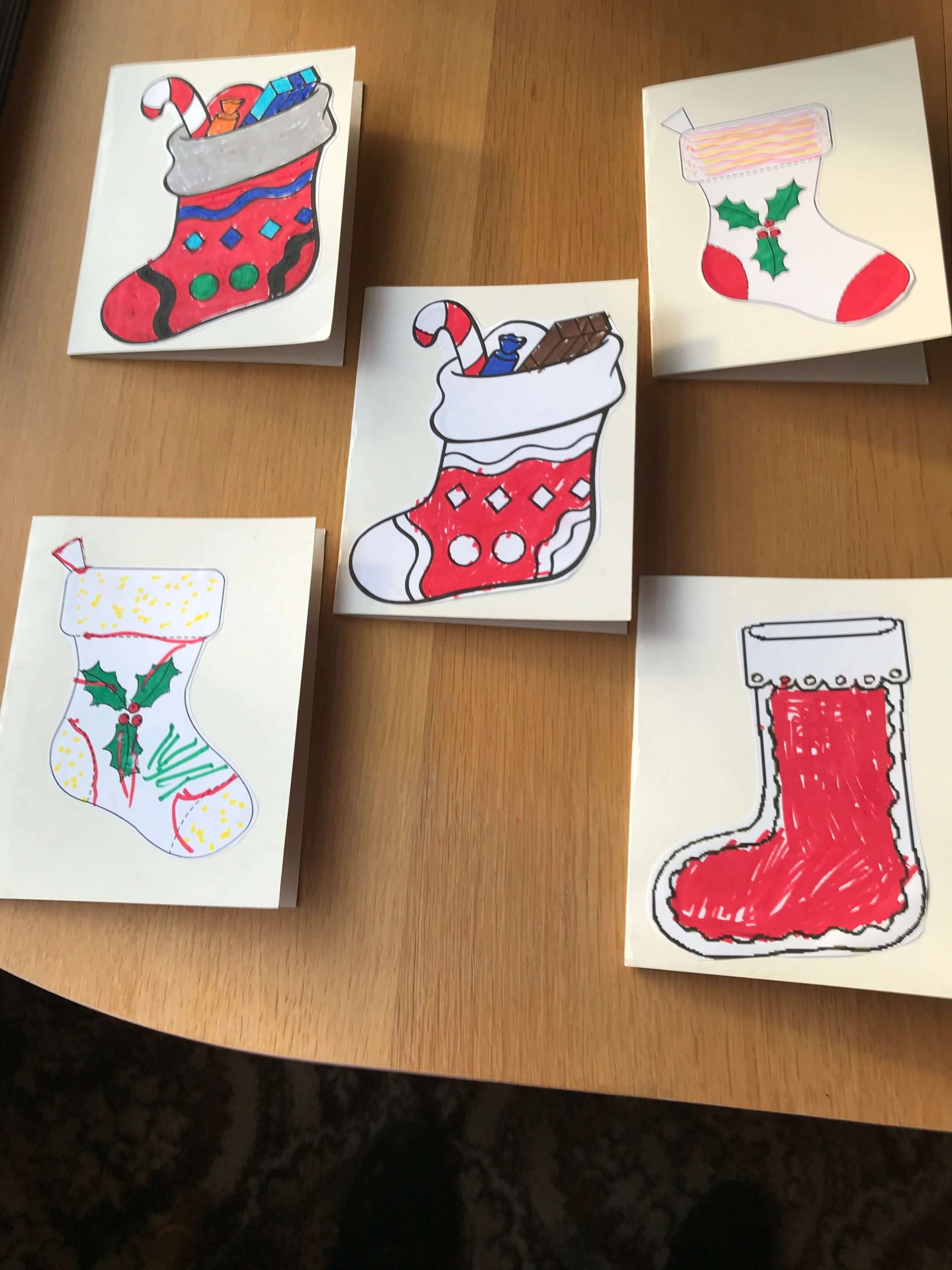 The youngsters made Christmas cards. and festive wreaths. 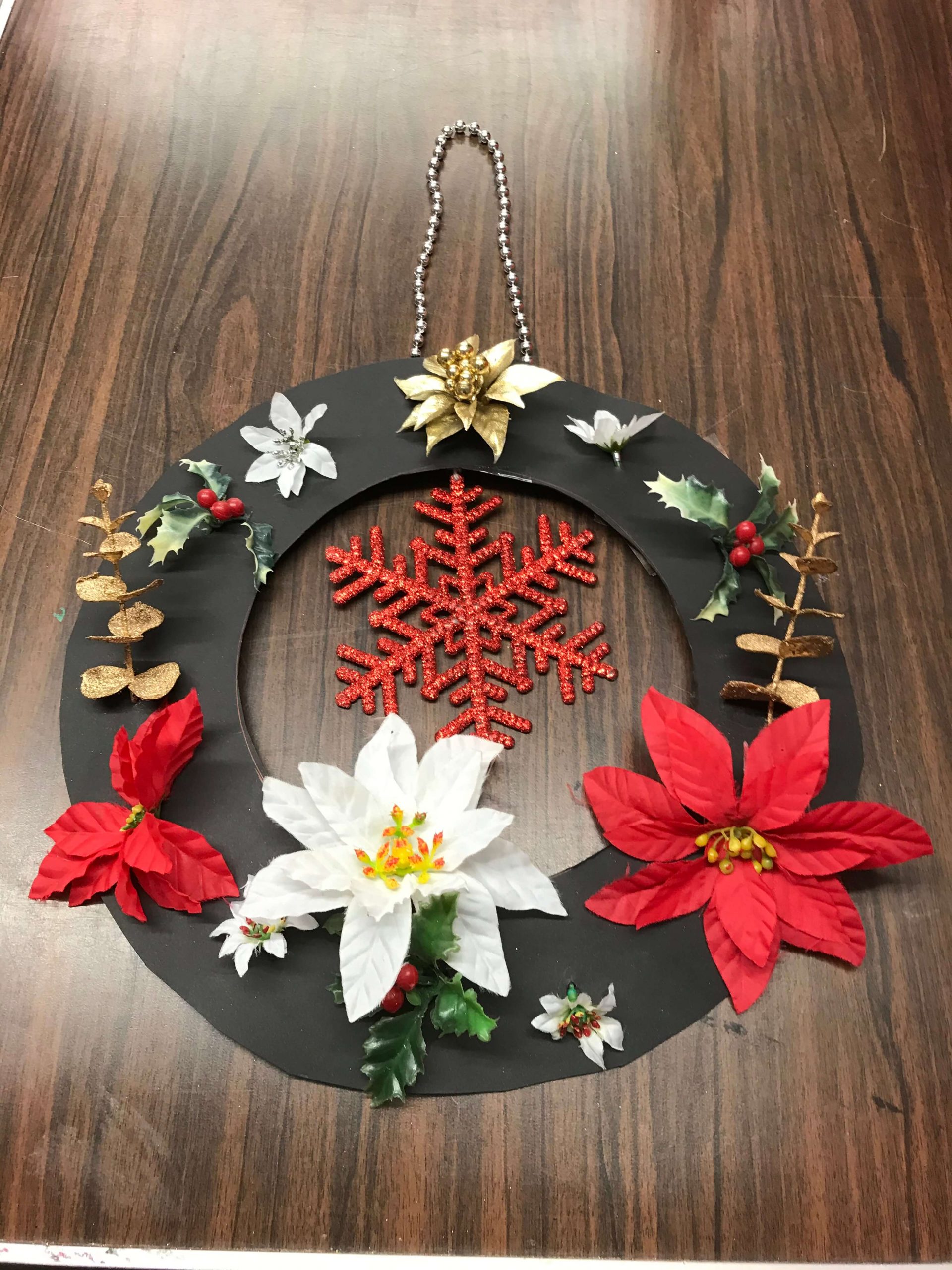 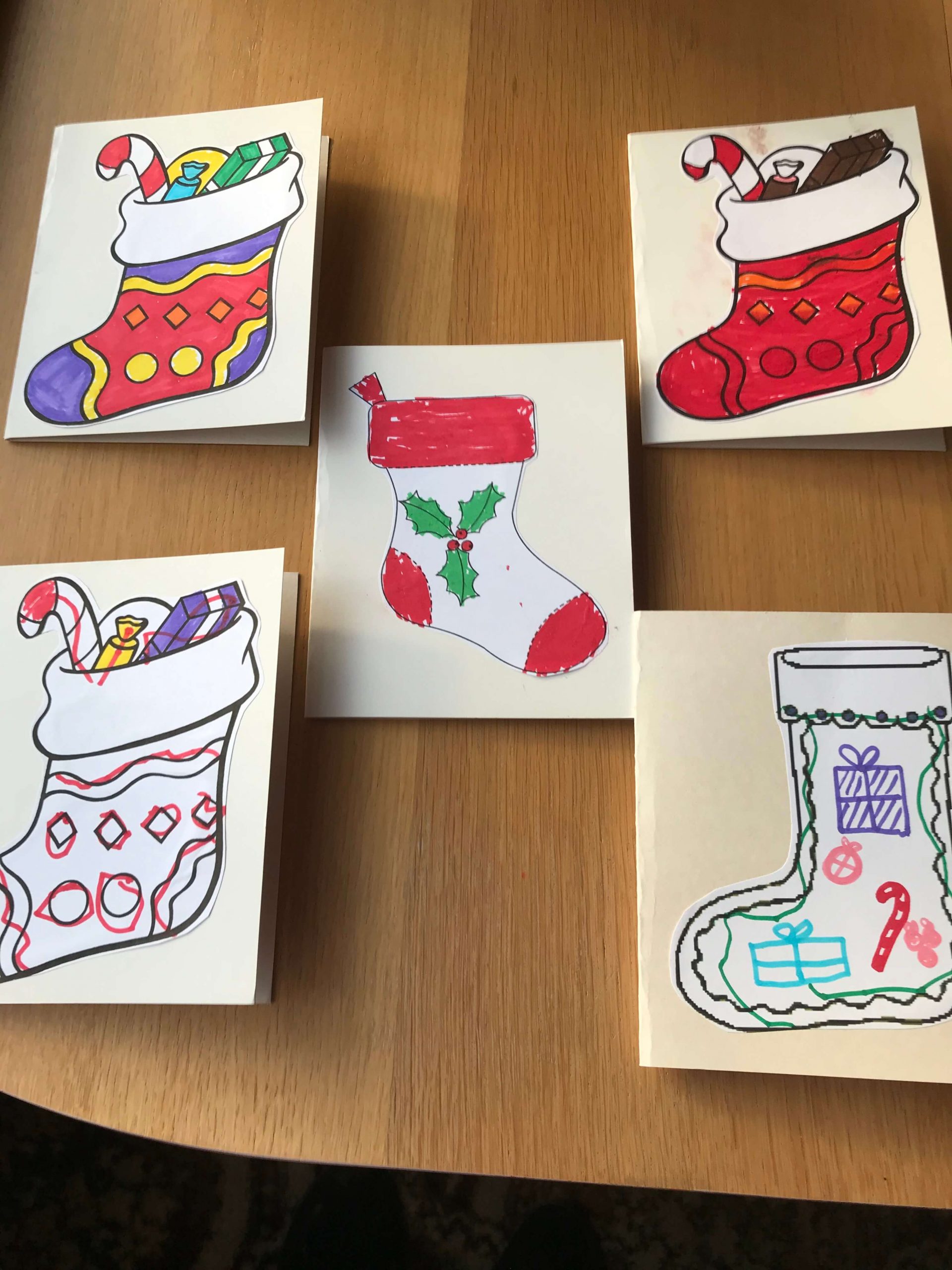