The risk of flooding has reduced in areas of East Devon after rain-swollen river levels fell during Saturday (December 19).

The Environment Agency (EA) said the risk of flooding from the Rivers Clyst, Culm, Axe, Otter and Sid had reduced after water levels dropped below the level of concern.

Water levels in the Lower Exe area remain high but have peaked and will continue to fall overnight, the EA said.

And a flood alert for the River Exe, at Exeter Quay, has been removed.

An EA alert for the Rivers Otter, Sid and the Exmouth area was downgraded after it was decided the risk of flooding from rivers had reduced.

An EA spokesperson said river levels were still high but not expected to rise.

The spokesperson said standing water in the areas of the Rivers Axe, Clyst, Culm, Otter and Sid was expected to remain on roads and fields ‘for several days’. 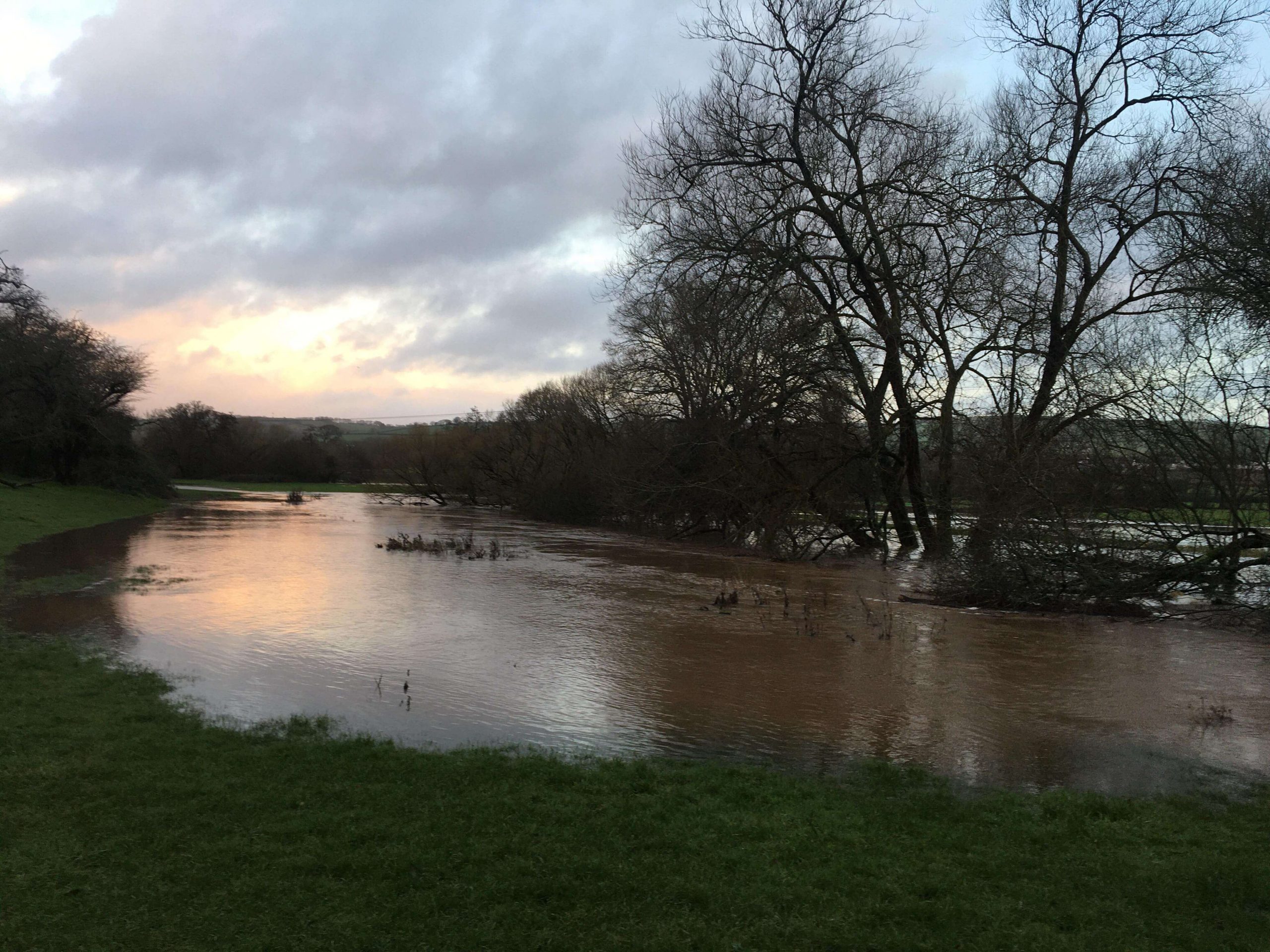 Standing water on fields and roads near rivers is expected to remain for several days.
Photo: East Devon News.

The EA said: “The risk of flooding from rivers has now reduced, and river levels are falling below levels of concern.”

“Showers may continue throughout Monday and Tuesday but are not expected to cause river levels to rise further.

“No further flooding to fields and roads is expected, however there may be standing water seen for several days.”

The EA said water levels in the Lower Exe area remained high but had peaked and would continue to fall, adding: “Rain has now cleared catchments in this area and no significant rainfall throughout today, or overnight, is forecasted.

“River levels still remain high in this area but have peaked and will continue to fall for the rest of the day and overnight.” 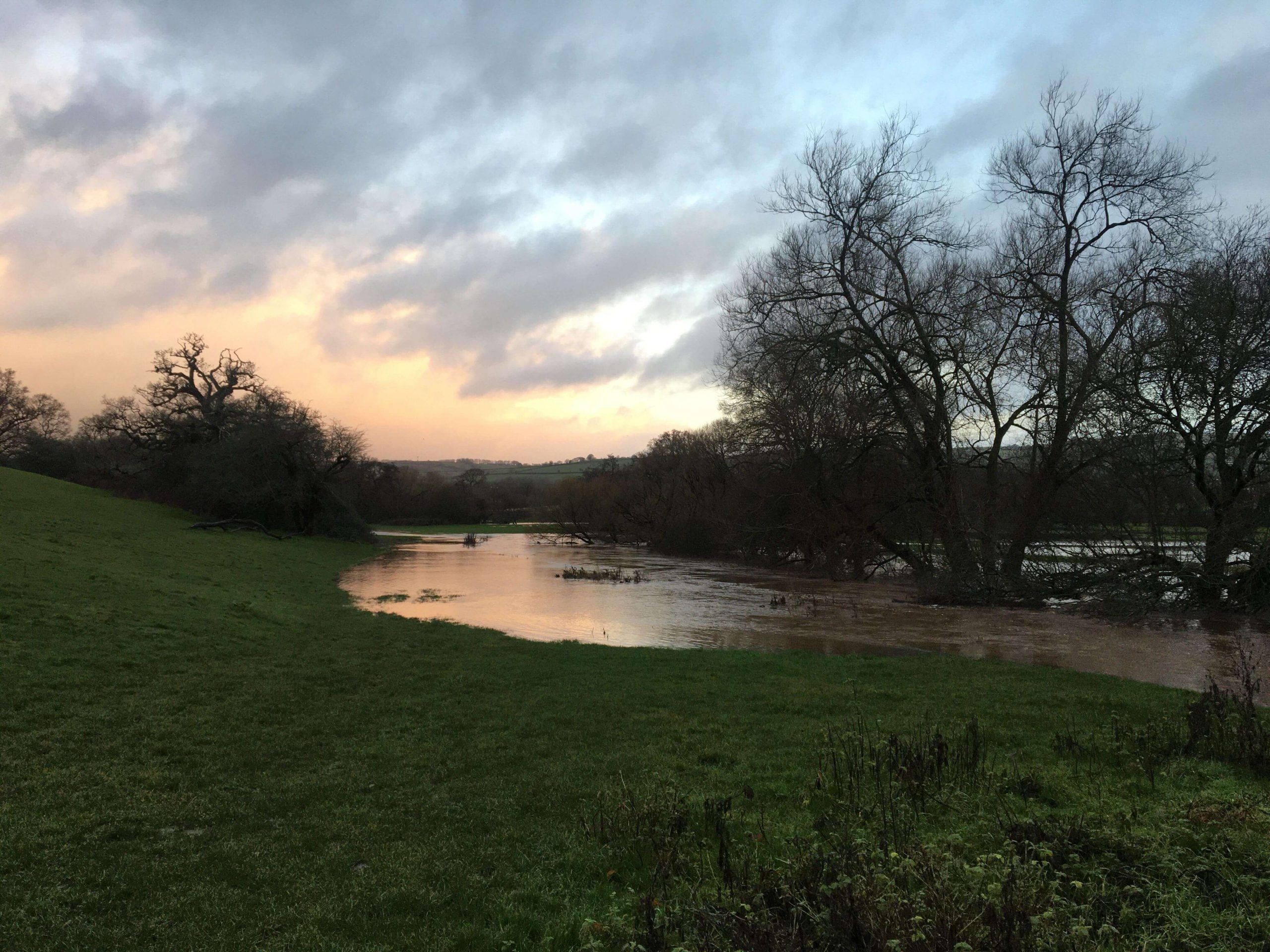 The The River Culm burst its banks near Silverton after heavy rain.
Photo: East Devon News. 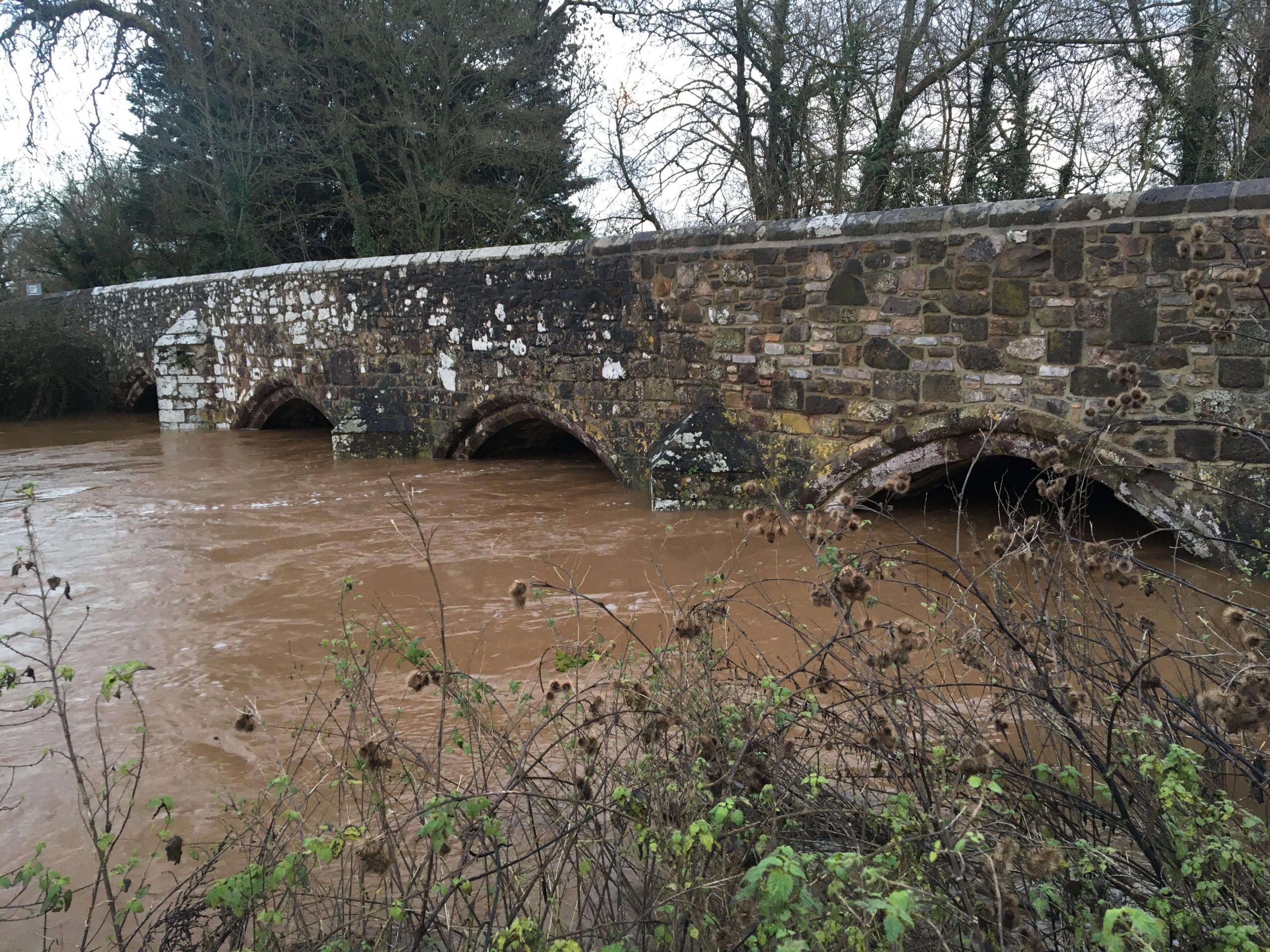 The EA said standing water in the areas of the Rivers Axe, Clyst, Culm, Otter and Sid could be seen on roads and fields ‘for several days.
Photo: East Devon News.