A group of Ottery garden centre elves earned their stripes raising funds for charity in memory of a much-loved colleague, saying it was ‘an honour’.

Otter Garden Centre workers raised more than £3,500 for Brain Tumour Support, as a tribute to their friend Rob Gillingham, who died from the condition earlier this year.

More than 40 staff took part in the festive fun, dressed as elves – walking, cycling and running to work – in a bid to raise awareness of the charity. 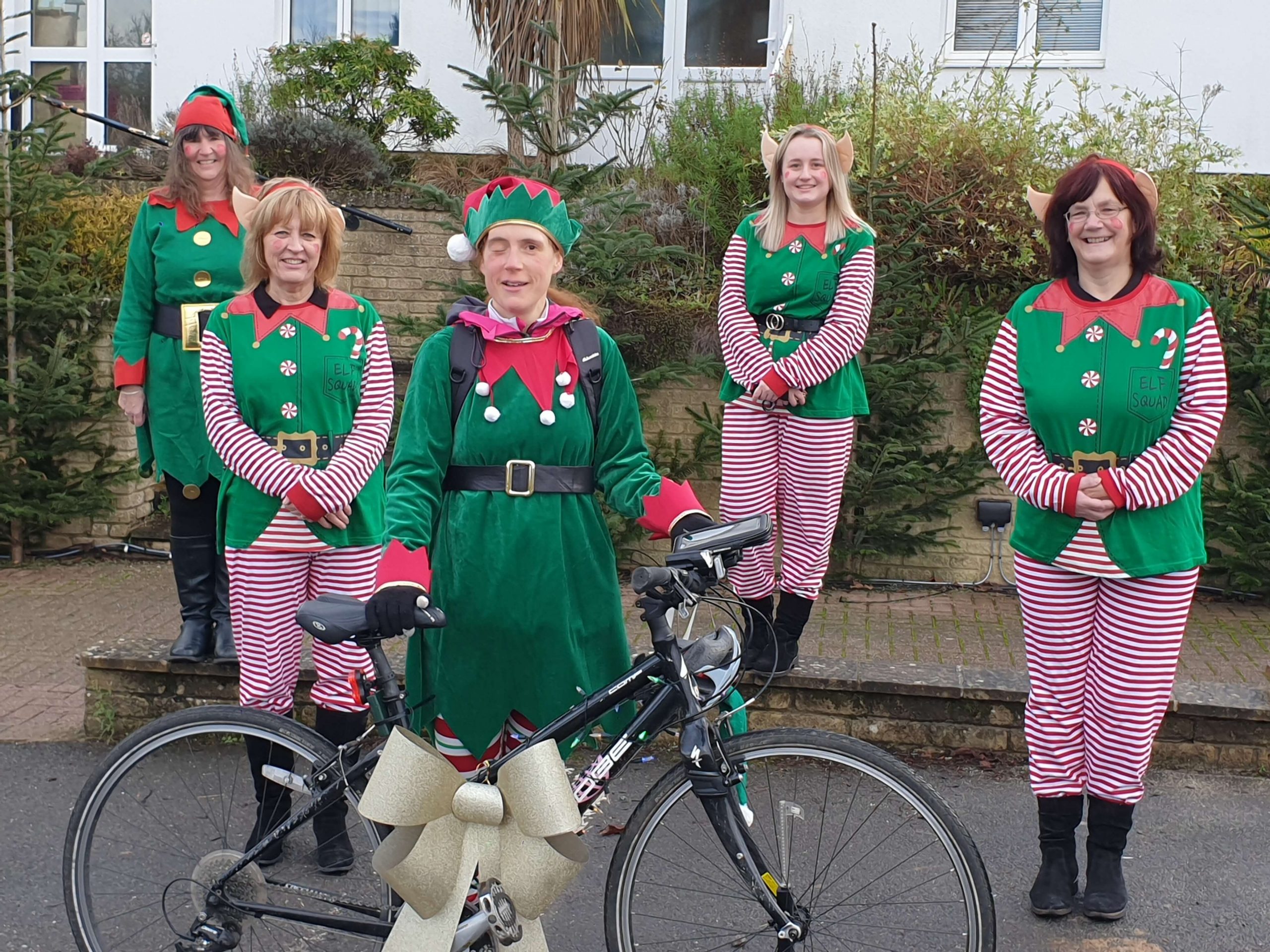 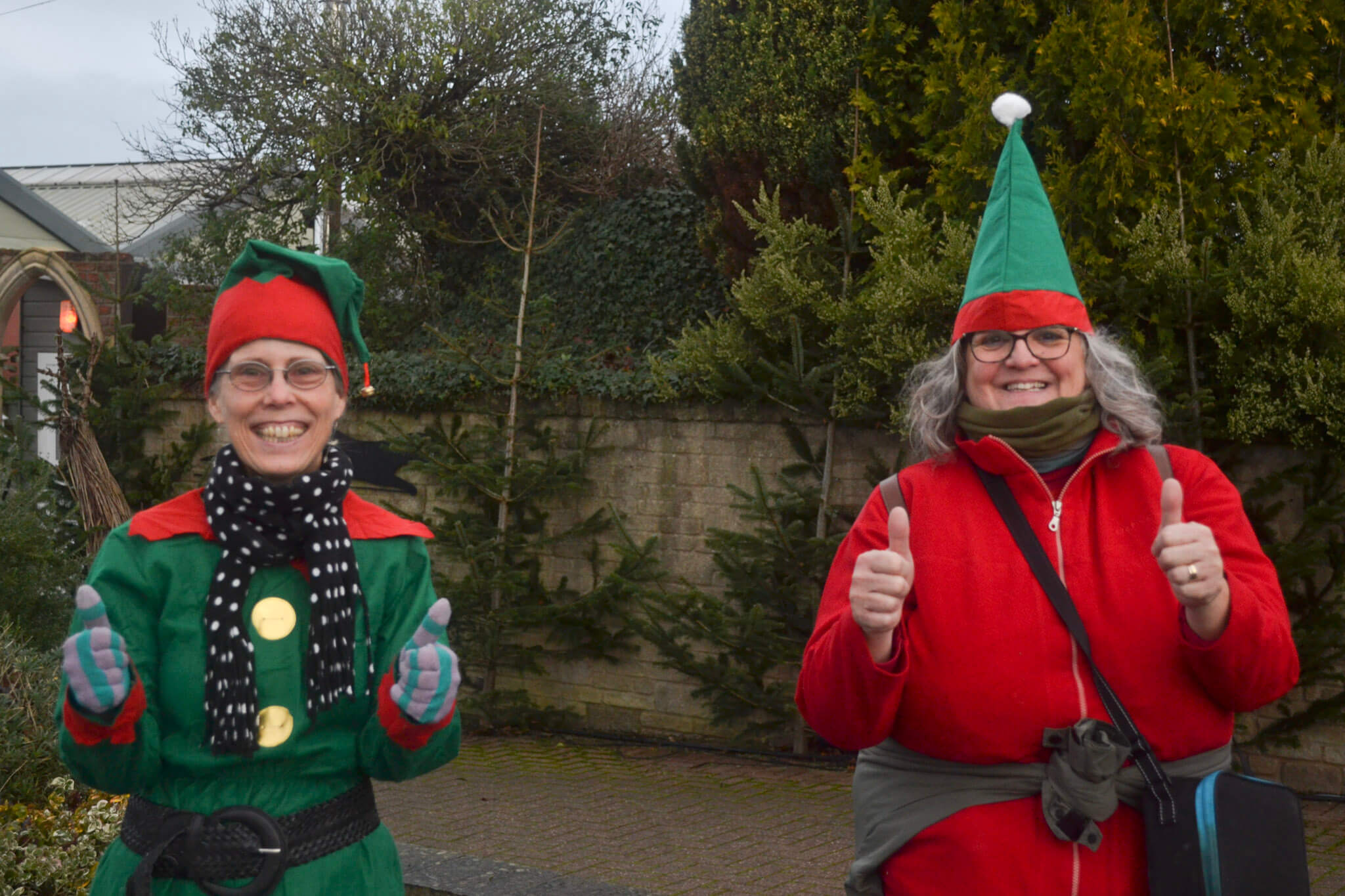 The chain reaction to get involved was sparked by garden centre worker Helen Patterson, who had a brain tumour removed in 2017.

Helen, who annually appears as an elf in the garden centre’s Christmas grotto, inspired the fundraiser with her plans to cycle from Exeter to work in Ottery, dressed in her costume.

Her idea won the backing of Otter Garden Centres who pledged £2,150 to the total, donating £50 for each charity fundraiser taking part.

Jacqui Taylor, Otter Garden Centres managing director, who pledged the extra cash and cycled to work dressed as an elf, said: “Rob was a valued, popular, member of our team, and well-known as the driver of our grotto’s Santa Express train each year. It’s an honour to fundraise in his memory.

“Although our grotto isn’t open this year due to the pandemic, seeing so many elves at the garden centre really gave everyone a boost of festive cheer.” 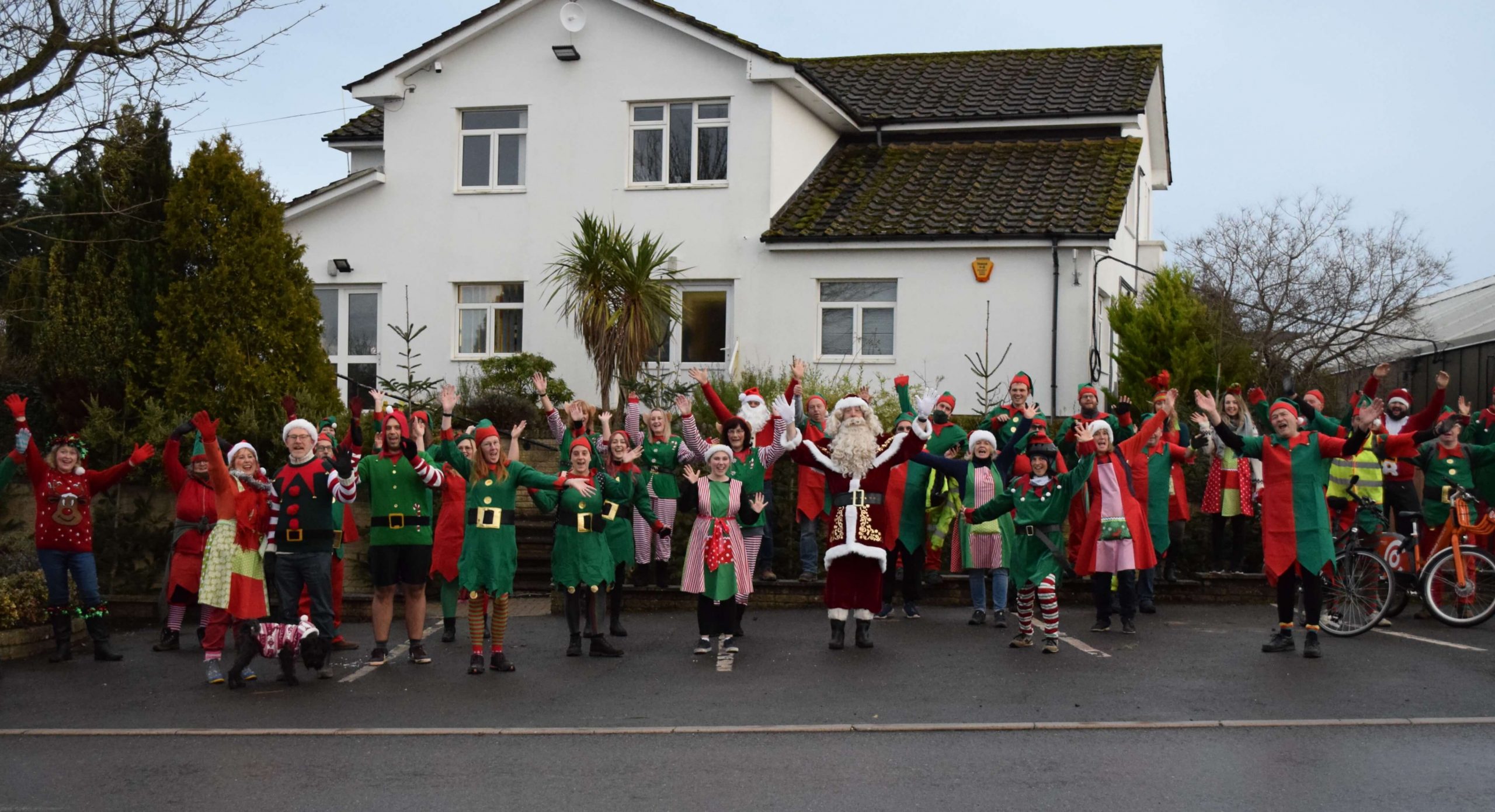 The Otter Garden Centre photo shows the arrival of the elves. 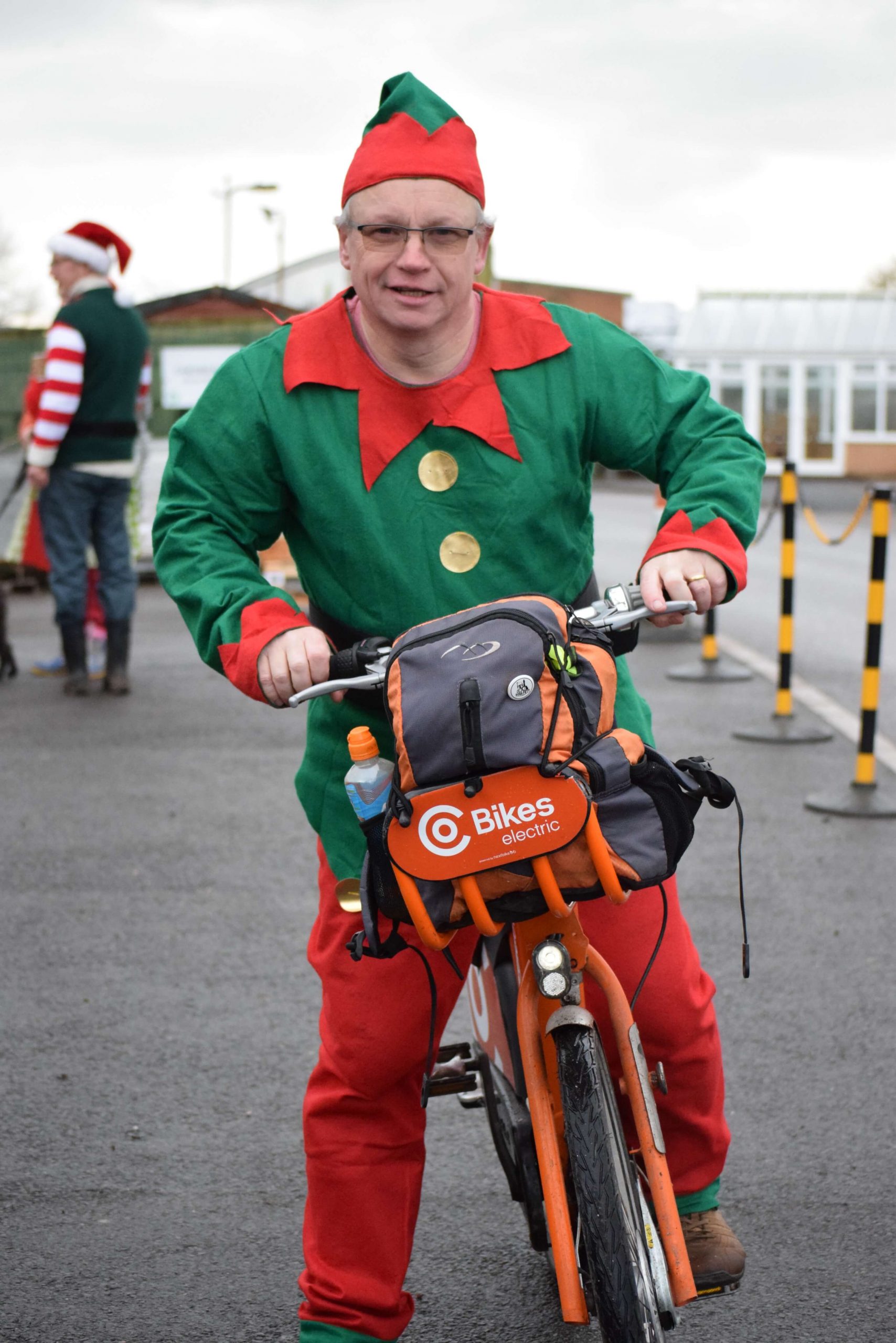 Jeanette Hackwell, volunteer fundraiser from Brain Tumour Support, who organised a collection on the day said: “It was such a successful day and a lasting tribute to Rob.

“The funds raised will go a long way to keeping the charity active, especially after the impact of Covid-19.”

Jeanette and her team, who support the charity after being diagnosed with brain tumours, collected £250 from garden centre visitors.

There is still time to make a donation through the event’s JustGiving page, here.