This is the shocking moment a driver ‘used his car as a weapon’ and ploughed into a police officer during a road rage rampage at an Exeter supermarket.

The distressing dashcam footage has been released after the man behind the wheel was today jailed for six-and-a-half years.

Damien Price had already attacked and reversed into a couple after seeing red in a row over a one-way system at Sainsbury’s in Pinhoe.

He then sped into Sergeant Alex Howden as he tried to stop the suspect fleeing the busy car park – sending him flying into the air and breaking his leg.

The offender was pulled from his vehicle and detained by members of the public before he was arrested on the early evening of Thursday, March 12.

He bit another officer on the arm while in the back of a police car. 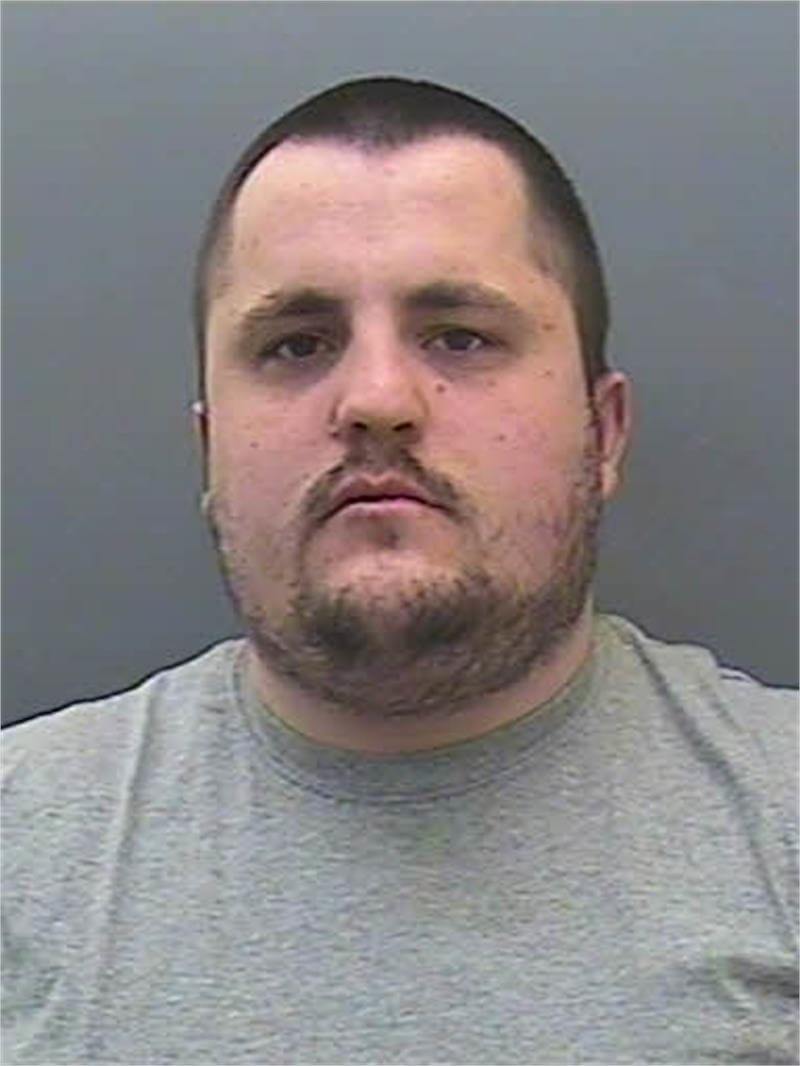 Much of the incident was caught on camera – with shocking dashcam footage released by Devon and Cornwall Police to highlight the dangers faced by officers.

He also pleaded guilty to causing actual bodily harm to a man and the attempted bodily harm of a woman.

Both victims, who are husband and wife, are aged in their 60s. 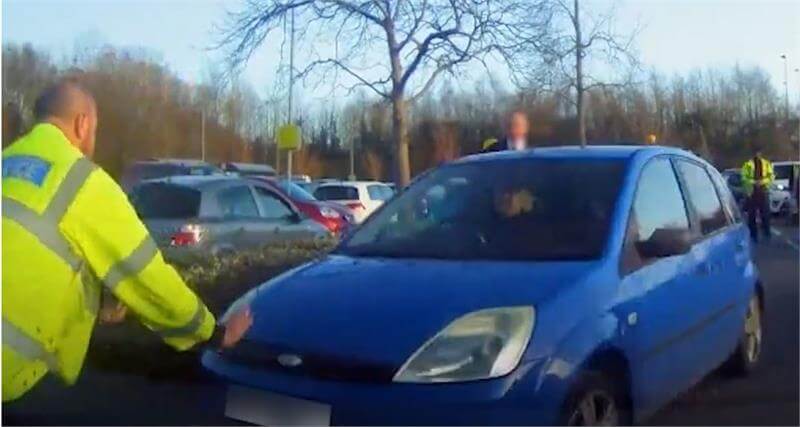 The incident in the car park at Sainsbury’s in Pinhoe, Exeter, was caught on camera. 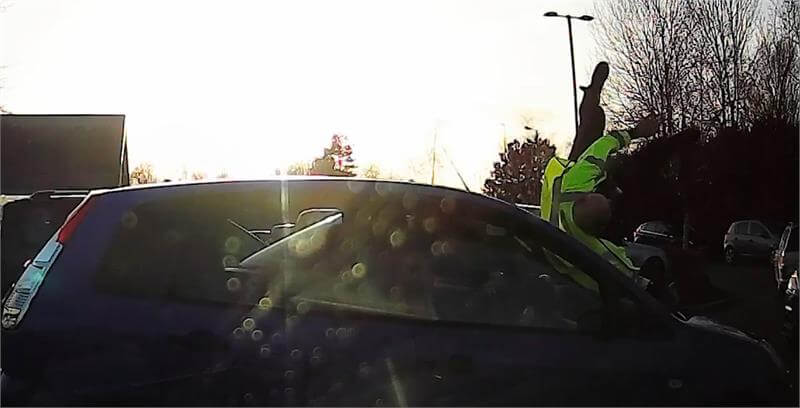 He was today (Tuesday, December 15) sentenced to six-and-a-half years in prison by Judge Timothy Rose at Exeter Crown Court.

Upon release, Price will also serve five years on licence and be banned from driving for ten years. After that time, he will need to take an extended driving test.

Price had entered the car park in his Ford Fiesta when he encountered a Nissan heading in the wrong direction on the one-way system outside the store.

He shouted out of his window at the couple within and refused to move to allow them to pass, only for the vehicle to manoeuvre around him.

An enraged Price then reversed at speed, got out of his car, took the keys from the ignition of the Nissan and threw them away.

He then punched the man in the face through the driver’s-side window before getting back into his Fiesta and driving off.

Price the stopped and reversed at speed into the couple’s car – knocking the husband and wife, who had exited their vehicle, to the floor. Both suffered cuts and bruises.

Price then sped around the car park and came to a halt near recycling bins as members of the public tried to stop him leaving.

I don’t hold any animosity towards this individual. The decisions he made on that day have had, and will continue to have, enormous consequences for him – PS Alex Howden

Sgt Howden was heading back to the force’s HQ at Middlemoor from Barnstaple when initial reports of a hit-and-run in the Sainsbury’s car park came in at around 5pm.

He was the closest unit and within minutes of arriving at the scene was lying injured on the ground.

Sgt Howden had asked Price for his keys before the offender started his engine and drove off.

Price picked up speed, hit a shopping trolley and then smashed into the officer as he motioned for the driver to stop.

Sgt Howden suffered a broken leg, a head injury and bruising. His recovery is expected to take more than a year. 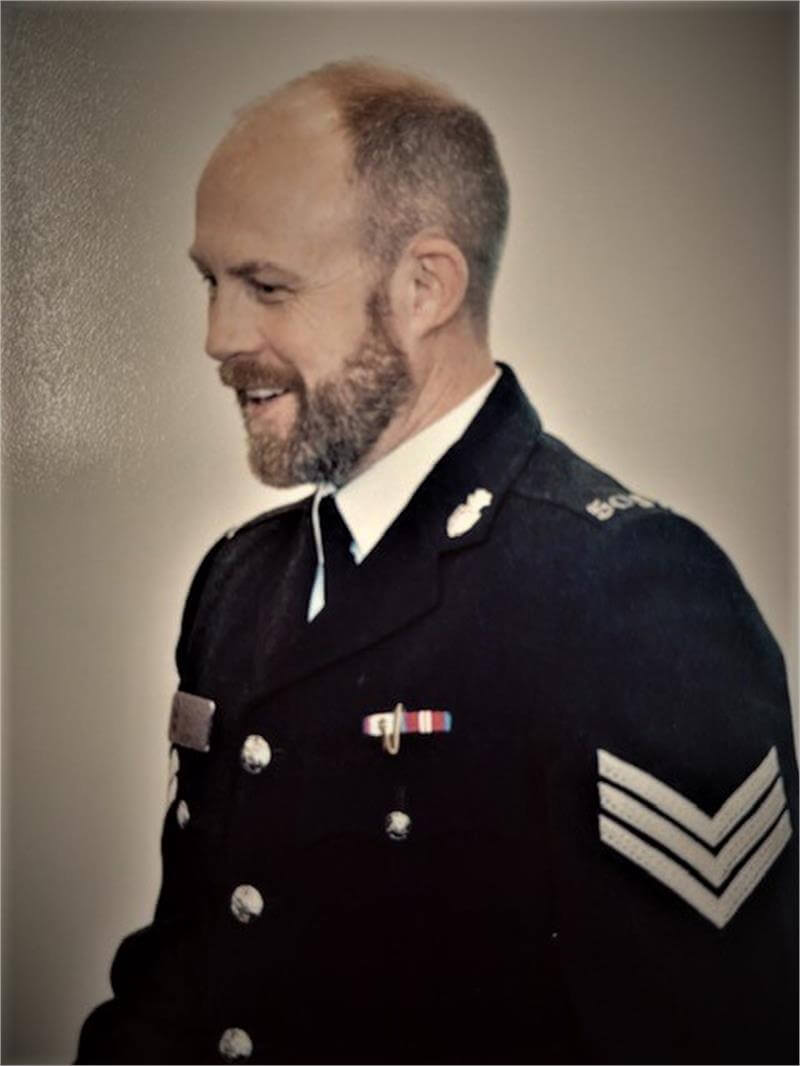 Following today’s sentencing, Sgt Howden, a police officer of nearly 22 years, said: “I don’t hold any animosity towards this individual.

“The decisions he made on that day have had, and will continue to have, enormous consequences for him.

“I’m very fortunate my injury wasn’t far more severe than it was.”

Sgt Howden reserved special praise for members of the public who helped at the scene and came to his aid.

“I genuinely couldn’t have had a better reaction from the people there, who were so kind and considerate,” he said.

“Their immediate actions were incredibly positive.”

Sgt Howden also thanked paramedics, doctors and staff at the Royal Devon and Exeter Hospital, and his family for their help and support.

Detective Constable Kerry Murch, who led the investigation, said: “This incident reflects the dangers and challenges the police face on a daily basis, despite this force area being one of the safest places to live in the country.

“Officers and staff know they have to take risks on occasions and understand that it comes with the nature of policing, but being assaulted on duty should never be condoned or seen as ‘part of the job’.

“Devon and Cornwall Police will always seek to pursue and prosecute those who behave in this way.

“Price used his car as a weapon to target PS Howden and other members of the public in an incident that bore some similarities to the heart-breaking circumstances in which PC Andrew Harper was sadly killed in Thames Valley in 2019.

“This incident could all too easily have resulted in a more tragic conclusion.

“I would like to take the opportunity to thank the members of the public that came to the assistance of PS Howden, assisted with the apprehension of the suspect, and for those who provided statements and/or recorded footage.

“The response was overwhelming.”