Sunday, March 7
Trending
You are at:Home»News»Honiton»‘Nerves and excitement’ of oar-inspiring supporters of charity in Honiton on eve of rowing 3,000-mile Talisker Atlantic Whisky Challenge

Oar-inspiring supporters of a charity based in Honiton are hours away from setting off on a 3,000-mile ocean row adventure-of-a-lifetime.

There are a handful of hours to go before Force Genesis – Mark Sealey, of Wiveliscombe, grandmother-of-three Gemma Best, from Clevedon, Somerset, Amy Wood, from Salisbury and Will Cogley, of Portishead, near Bristol – leave La Gomera, in the Canary Islands, to tackle the Talisker Whisky Atlantic Challenge 2020.

The team of four starts racing on Saturday (December 12) and will spend more than a month at sea, forfeiting Christmas at home with loved-ones, to tackle what is billed as the world’s toughest row – braving up to 40-foot waves, dehydration and sleep deprivation in a bid to raise £50,000 for Devon Freewheelers, based in Honiton.

Daniel Roe-Lavery, charity CEO and founder, who had hoped to wave the team off from La Gomera until his trip was thwarted by coronavirus pandemic travel restrictions, said: “I want to wish them all the very best. They have been on my mind constantly since they left for Spain.

“I will be following them closely on a daily basis through the Talisker Whisky Atlantic Challenge App and I will definitely be standing on the finish line.” 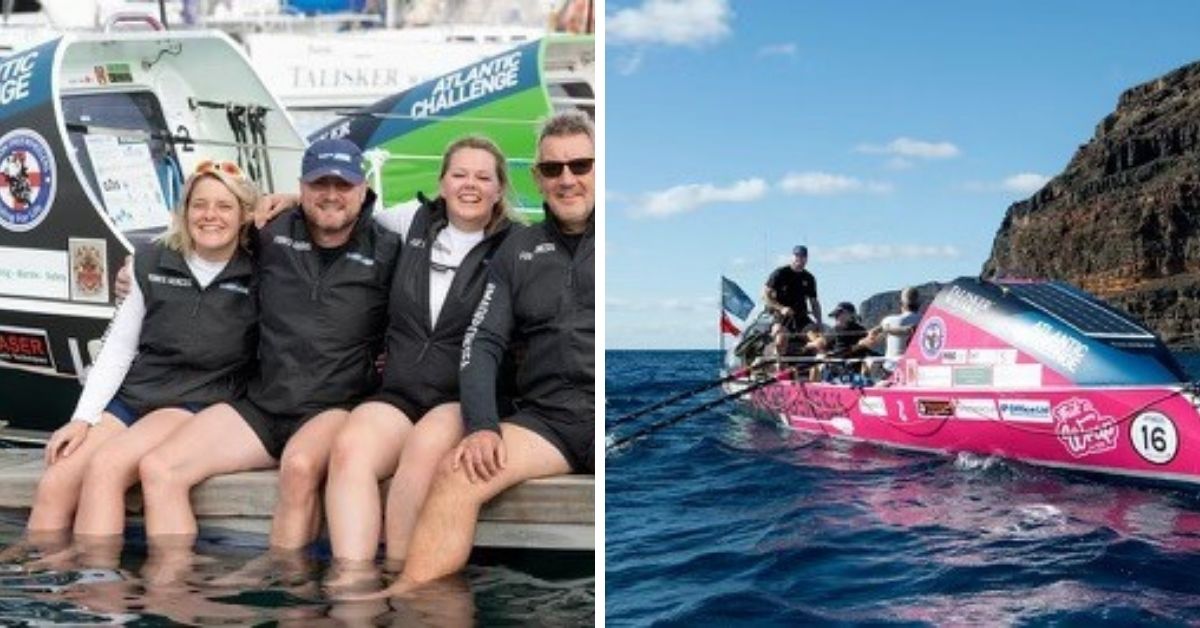 The 3,000-mile race begins at 10.30am on December 12, with Force Genesis hoping to row their boat, Jasmine Ann, into Nelson’s Dockyard English Harbour, in Antigua, around 45 days later, in early 2021.

Force Genesis, who chose to row 3,000 miles for Devon Freewheelers after teammate Mark’s chance meeting with a blood biker, said the boat had passed its safety inspection and equipment checks.

Mark Sealey, aged 56, said: “We had a practise row out of the marina on Wednesday to check our water maker and calibrate our autohelms, which now concluded means we are good to go.

“Nerves and excitement are ramping up in equal measure.

“We just want to get on with it now.”

The team said they had been given the all-clear to launch, adding: “After two years of hard work, sleepless nights and countless spread sheets, we’re very nearly ready.

“We’ll be heading out to the big blue and the next time we’ll see land will be in Antigua in 2021 as finishers of the Talisker Whisky Atlantic Challenge.”

The four intrepid rowers are hoping to raise £50,000 for Devon Freewheelers, and have set up a JustGiving page for donations.

Mark added: “We are prepared to be at sea for six weeks, away from our families, because we think they are such a great charity. So please support us and give whatever you can to the Devon Freewheelers.”

The team – who will spend Christmas away from loved-ones as they tackle the challenge, will operate on two-hour on, two-hour off basis, continuously rowing in pairs.

The rowers face more than a month at sea, in a boat measuring around seven meters long, just short of two meters wide, with a small cabin for protection against storms.

Race competitors must carry their entire kit on their boat. Jasmine Ann, will not have any luxuries, and Force Genesis cannot have any outside help unless they are in life-threatening danger.

After flying out to La Gomera on December 1, the team spent the days before the race packing up the boat with all the supplies and food needed for the 3,000-mile row.

Support Force Genesis with a donation for the Devon Freewheelers here.