Devon Freewheelers responded to an emergency with a difference when the charity stepped in to tackle road safety in Honiton.

When the life-saving service discovered a pedestrian road safety barrier had been damaged not far from its town centre office, its volunteers rallied round to help.

With the backing of agricultural construction company, WE Phillips, in Gittisham, Devon Freewheelers replaced and fitted a new metal safety barrier in Dowell Street.

The replacement metal barrier protects pedestrians from walking straight out into the main road as they navigate a steep path leading from the Lace Walk car park.

Daniel Roe-Lavery, Devon Freewheelers CEO and founder, said the charity was pleased to help the community.

The voluntary service factored the cost of the replacement barrier in with the refurbishment of its hub – the former Tourist Information Centre building in the Lace Walk car park.

Daniel said community safety was paramount and the lack of barrier had been a ‘huge concern’.

Prior to the replacement barrier, the public risked walking straight out into the road.

Daniel said he had picked an elderly woman off the road who had gone ‘straight off the path’.

He said: “We replaced it for the safety of the community and for the ease of the disabled, vulnerable, elderly, and for the children. It’s quite a fast-moving road.

“If children were running, there was nothing to stop them at the end.

“There was an elderly lady I had to pick up off the road. She went straight off the path.

“We took it upon ourselves to do the work and install another safety barrier.” 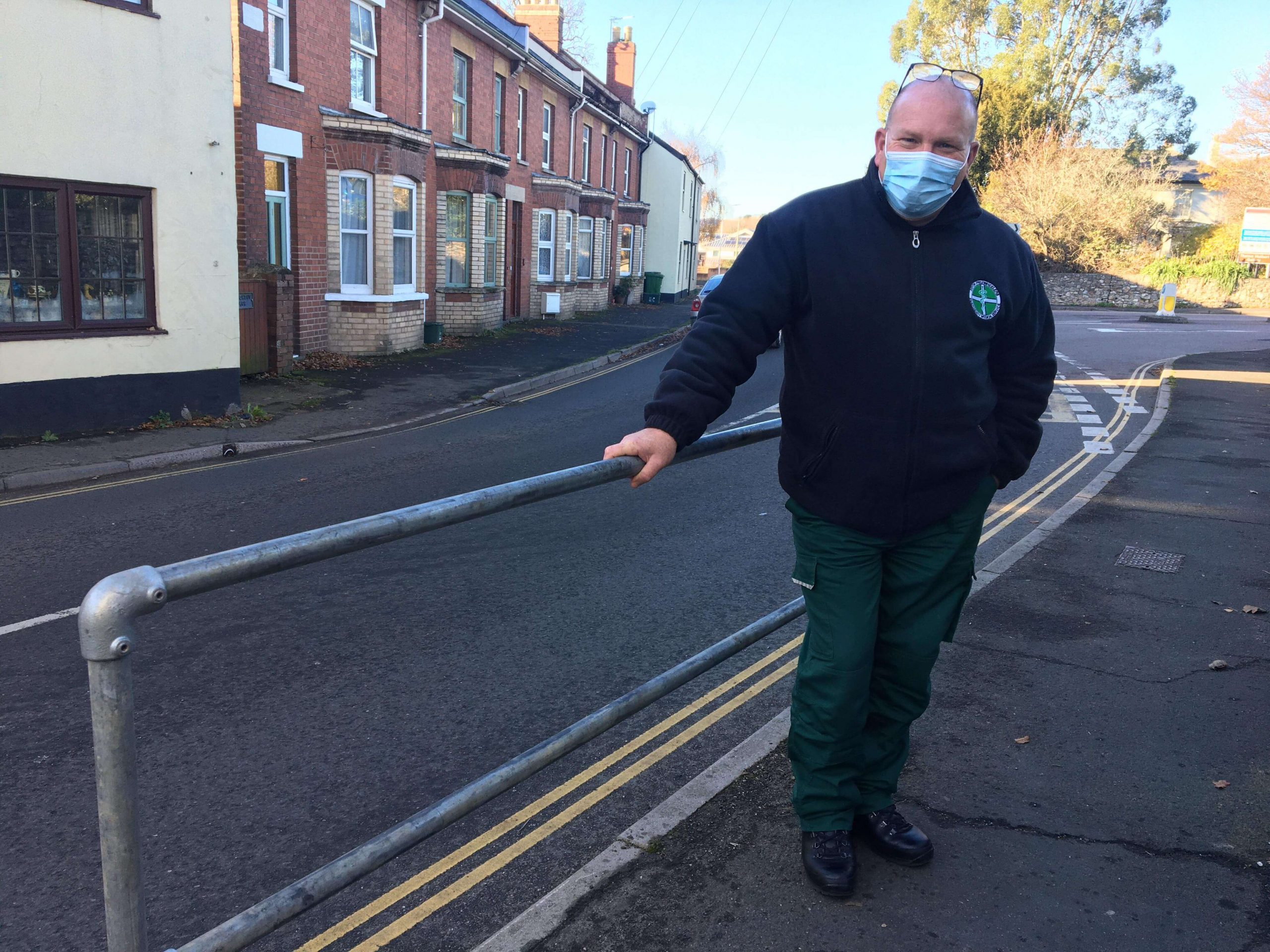 The 1st Honiton Scouts, who regularly use the steep footpath to reach their hall in Dowell Street, made cards and baked a cake to thank the Devon Freewheelers for keeping the community safe.

Julian Phillips, director at WE Phillips, said: “Dan contacted us to see if we could help with the re-instatement of the safety barrier as he felt it was a safety issue and we were more than happy to fabricate and donate the barrier.”

A Devon County Council spokesman said: “The damaged barrier was reported on December 5 2019 and was immediately added to our list of priority repairs for our contractor to complete.

“An inspector confirmed that the work had been completed the following month.

“We subsequently learnt that it had in fact been completed by a community spirited third party, for which we are grateful.”