Tuesday, April 20
Trending
You are at:Home»News»Honiton»Charity based in Honiton bids bon voyage to rowers taking on 3,000-mile Talisker Whisky Challenge for Devon Freewheelers

Lifeline charity volunteers based in Honiton are bidding bon voyage to an intrepid group of four gearing up to put their lives on the line, tackling a 3,000-mile ocean row adventure in aid of the Devon Freewheelers.

There are a handful of hours to go before Force Genesis – Mark Sealey, of Wiveliscombe, near Taunton, grandmother-of-three Gemma Best, from Clevedon, Somerset, Amy Wood, from Salisbury, Wiltshire, and Will Cogley, of Portishead, near Bristol – leave the UK in anticipation of setting off on the Talisker Whisky Atlantic Challenge 2020.

The fab four fly out to the Canary Islands on Tuesday,  December 1, ready to tackle what is billed as the world’s toughest row.

The race begins on December 12, with Force Genesis hoping to row into Antigua in early 2021.

The four intrepid rowers are hoping to raise £50,000 for Devon Freewheelers, and have set up a JustGiving page for donations.

The team – who will spend Christmas away from loved-ones as they tackle the challenge – will row around the clock, operating on two-hour on, two-hour off basis, continuously working in pairs.

While away at sea they face 40-foot waves, dehydration and sleep deprivation.

They must carry their entire kit on their boat, Jasmine Ann, will not have any luxuries, and cannot have any outside help unless they are in life-threatening danger.

Daniel Roe-Lavery, Devon Freewheelers CEO, in Honiton, thanked Force Genesis on behalf of the charity, and urged people to support their efforts with a donation.

He said: “What they are doing is absolutely amazing.

“Because of the pandemic we haven’t been able to have any fundraising activities, so for these guys to take this on for us is even more awe inspiring.”

“We all thought Devon Freewheelers, the blood bikes, was such a worthy charity.

“We are prepared to be at sea for six weeks, away from our families, because we think they are such a great charity. So please support us and give whatever you can to the Devon Freewheelers.”

He added: “You see the Devon Freewheelers bikes on the road. They deliver so much, including blood, surgical equipment and baby milk.

“We wanted to support smaller charity that is struggling through the pandemic day-to-day.

“We thought that’s going to resonate with so many people.” 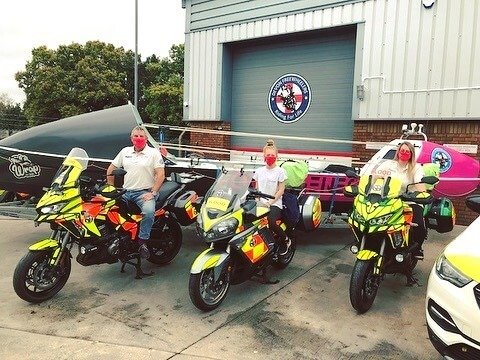 Force Genesis is due to leave San Sebastian in La Gomera, the Canary Islands, when the race starts on December 12.

They will row for around 45 days, travelling more than 3,000 miles to Antigua, arriving at Nelson’s Dockyard English Harbour in early 2020.

The mixed four will compete against teams and individuals from across the globe as they battle the elements to row the Atlantic Ocean.

The Force Genesis rowers hope to be crowned first mixed four team to cross the finishing line in the 2020 race. 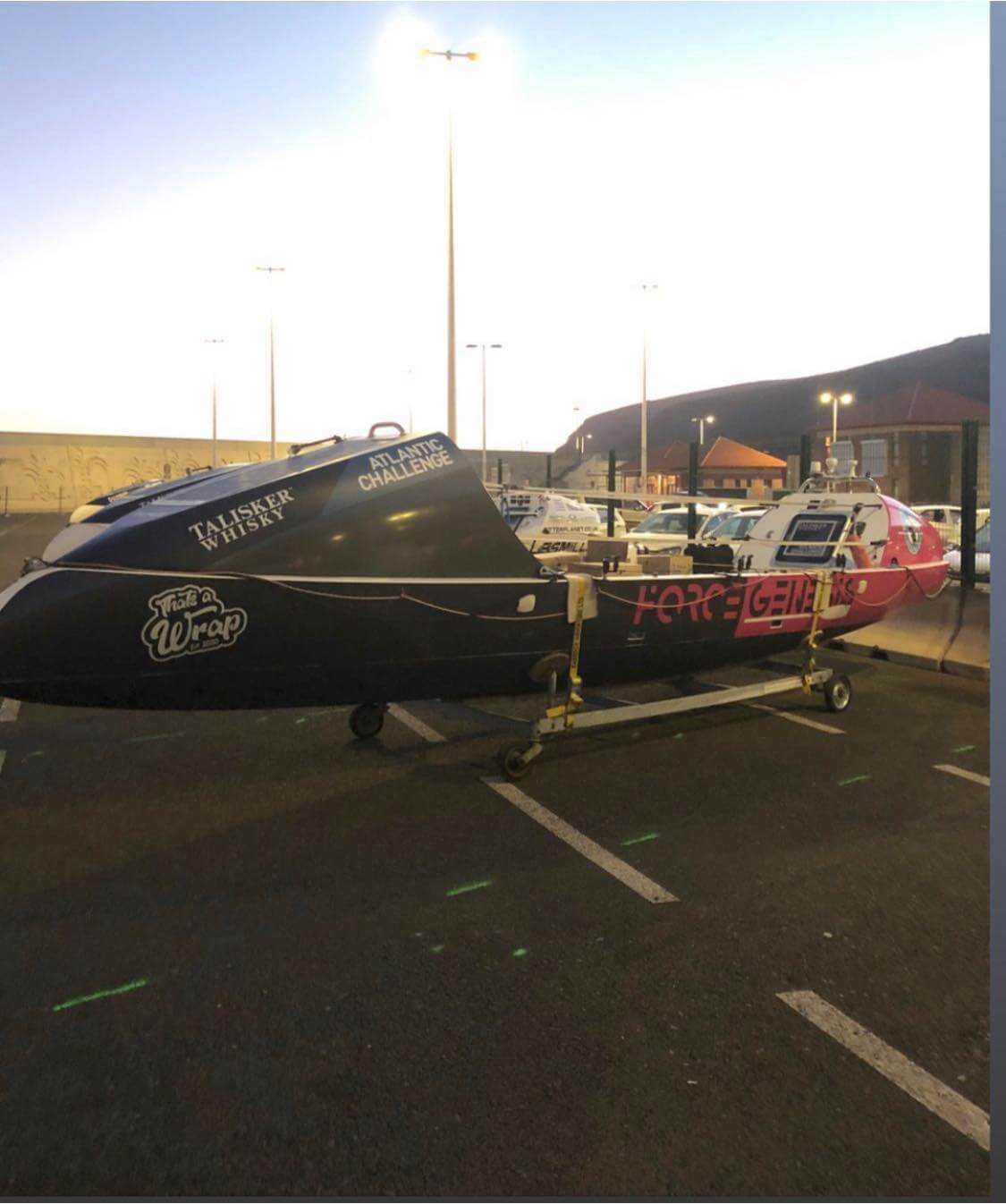 The team’s boat has arrived in La Gomera ahead of the December 12 race start.
Photo: Force Genesis

Force Genesis out on the water.
Photo: Alex Carlisle.

Mark said the challenge had been three-and-a-half years of planning, and such was the risk involved, the competitors have updated their wills and written letters to loved-ones.

“When you are on the water it’s lots of joy and everything else in between. We’re going to take in every moment – especially return to land.”

He added: “It’s something to tell the grandchildren.

“It’s grown and grown and here we are three and a half years later we are not that far from making a start.”

After flying out to La Gomera at the start of December, the team will spend the days before the race packing up the boat with all the supplies and food needed for the race.

The rowers face more than a month rowing the Atlantic Ocean, in a boat measuring around seven meters long, just short of two meters wide, with a small cabin for protection against storms.

The Fore Genesis boat, a Rannoch Adventure R45, has twice completed the Talisker Whiskey Atlantic Challenge, with teams making successful crossings in 2017 and 2018. 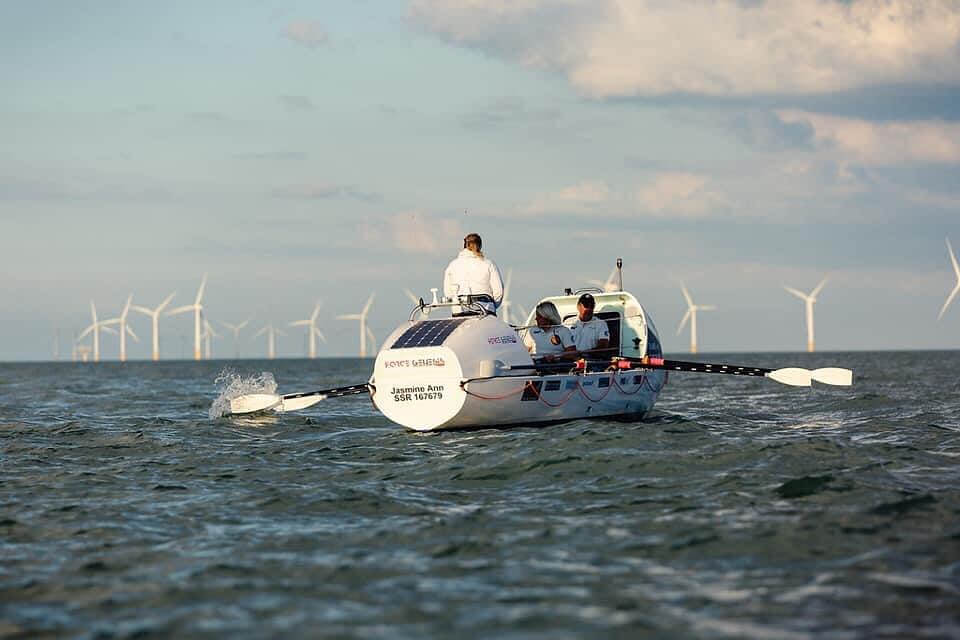