Sunday, March 7
Trending
You are at:Home»News»East Devon»Axminster»Historic silver cup presented by President of the United States is found in a house near Axminster

A silver cup presented to a heroic sailor by the 19th President of the United States has been discovered in a house near Axminster.

The solid silver cup, awarded by Rutherford Hayes – USA President from 1822 until1893 – was discovered in a home near Whitford, near Axminster, when Chilcotts Auctioneers, from Honiton, cleared the property.

The cup was awarded to Captain Thomas Tolson Edwards of the British steam ship Illyrian for his efforts in rescuing the crew of US Clipper Isaac Webb, after it got into difficulty on a voyage across the Atlantic.

It was reported Capt. Edwards and his ship regularly transported people and goods from Britain to the United States in the late 1800s. 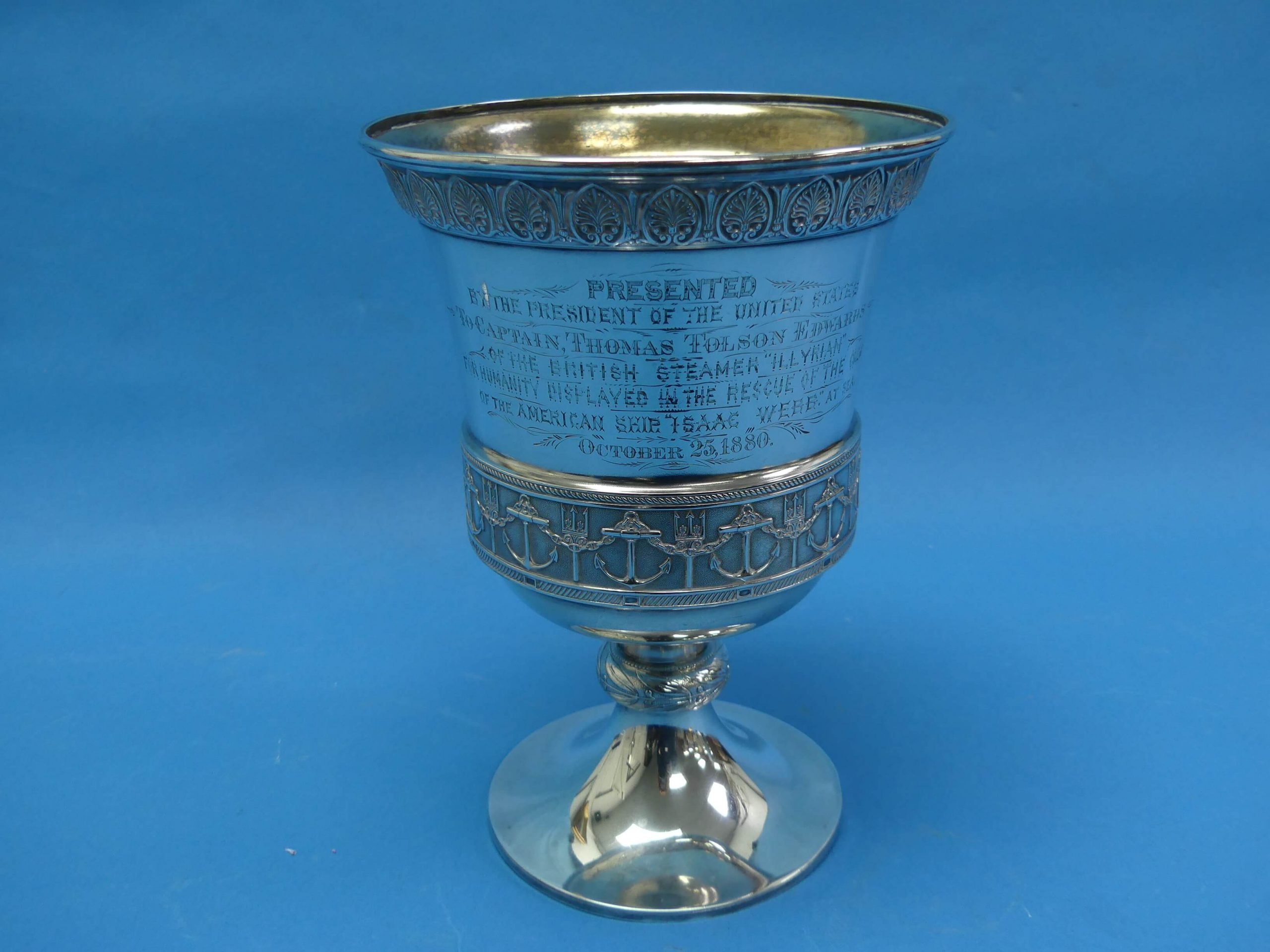 A spokeswoman for Chilcotts Auctioneers said: “The story goes that the Isaac Webb was due to be retired and set sail on its final journey under Capt. William Wallace Urquhart from Antwerp on 2 October 1880, bound for New York.

“The ship was abandoned at sea on October 25 but fortunately the captain and all twenty-four crew were rescued by the Illyrian, which landed safely at Boston on 27 October.”

Duncan Chilcott, auctioneer, said: “The house clearance, as is often the way, was a real mixed bag of quite ordinary and very interesting items.

“When I picked the cup up out of a box, I realised immediately it was going to be something very special.

“It just goes to show that there is genuine treasure still to be found.”

The solid silver cup, when held upside down, resembles a ship’s bell.

The auction house said the chalice was decorated with anchors, tridents, rope edging and engraved with the citation: for humanity displayed in the rescue of the crew of the American ship, ‘Isaac Webb’ at sea, October 25th 1880.

It is thought the Isaac Webb was one of the last sailing packets to cross from New York to Europe. When she was launched in 1851 the clipper was so large the launch attracted a 5,000-strong crowd.