A car fire in Seaton on Thursday night (November 19) is not being treated as suspicious, police said.

Seaton firefighters were called to Scalwell Mead shortly before 10.30pm where they found a vehicle well alight.

The crew’s fast response stopped the spread of the blaze to a nearby property.

Firefighters used a hose reel jet to extinguish the blaze.

The vehicle was partly destroyed by the blaze and completely smoke damaged. 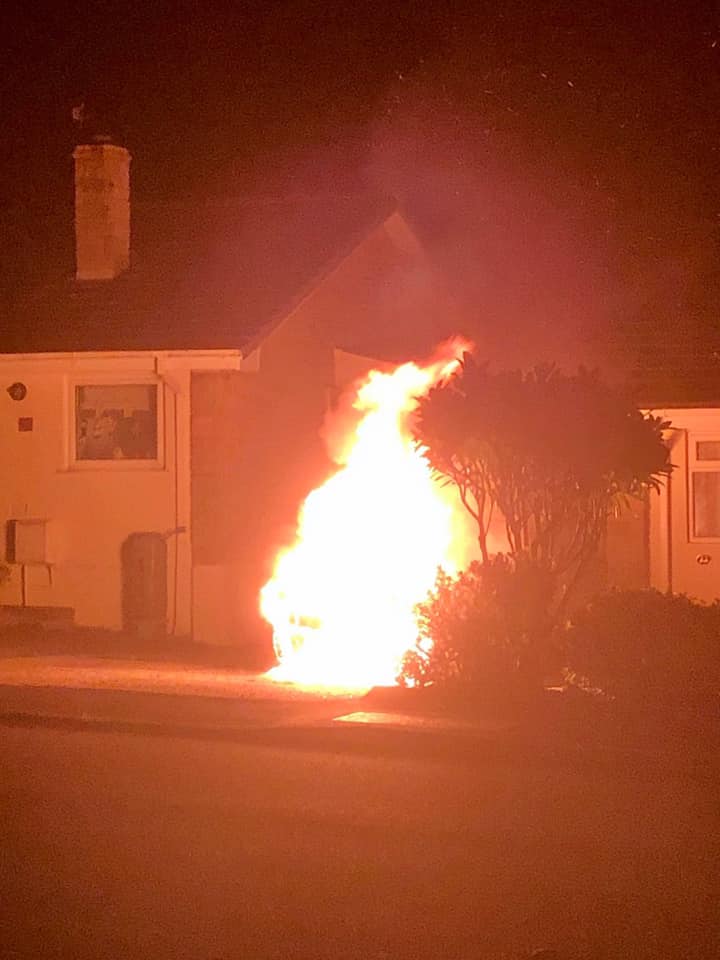 The scene of the car fire in Scalwell Mead, Seaton.
Photo: Martin Owen

A Seaton Fire Station spokesperson said: “Seaton’s crew were mobilised to a car fire in the local area last night.

“A quick response meant that we were able to prevent the fire spreading to the property.”

A Devon and Somerset Fire and Rescue Service spokesperson said: “One fire engine from Seaton was quickly mobilised and soon arrived on scene.

“Upon arrival, fire crews confirmed the vehicle was well alight.”

They added: “Crews got to work using one breathing apparatus and one hose reel jet and were able to extinguish the fire.

“The vehicle sustained fifty per cent damage by fire and one hundred per cent smoke damage.

“The incident was then left in the hands of the police.”

A Devon and Cornwall Police spokeswoman said: “The fire service initially requested police attendance, but it’s not being treated as arson or a crime, following enquiries.”