Firefighters wore breathing apparatus to tackle a blaze in garage of vehicles and cylinders in Dalwood, near Axminster, in the early hours of Friday morning (November 20).

Fire crews from Axminster, Colyton, Honiton fought the blaze at Daneshill Cross, after reports were received that crackling sounds and smoke alarms could be heard coming from a property.

When Axminster firefighters arrived shortly after midnight, they found a garage on fire containing vehicles and cylinders.

The East Devon firefighters successfully removed and cooled the cylinders and extinguished the blaze.

Axminster firefighters left the scene at around 4am and a relief crew from Sidmouth took up watch to prevent any possible flare-ups. 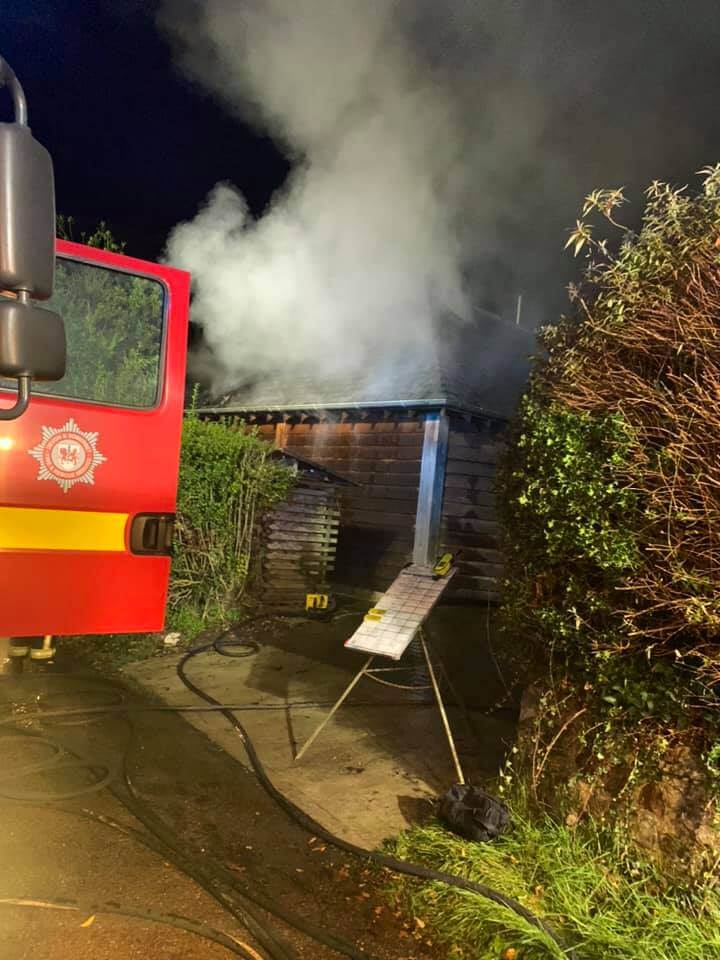 A garage on fire at Dalwood had vehicles and cylinders inside, said firefighters.
Photo: Axminster Fire Station.

“Upon arrival Axminster crews found one garage containing vehicles and cylinders well alight and the Incident Commander from this pump immediately committed two firefighters in breathing apparatus to fight the fire.”

The fire spokesperson said: “Breathing apparatus was then increased to four wearers to enable us to fight the fire more effectively on multiple fronts.

“After successfully extinguishing the fire and dampening down our crew left the scene at 4am after a relief crew from Sidmouth Fire Station provided a watching brief to prevent any potential flare ups.”

Driver and passenger have ‘lucky escape’ after East Devon crash