Wednesday, May 12
Trending
You are at:Home»News»Exeter»Prowling sex attacker who raped teenager in Exeter alleyway is jailed for ten years

A rapist who stalked an 18-year-old through the streets of Exeter before attacking her in an alleyway has been jailed for ten years.

Gheorghe Bertlef, aged 32, was branded a ‘dangerous man with no desire to change’ by a judge as he was sentenced at the city’s crown court.

Bertlef followed his victim as she walked home from a nightclub with two friends in the early hours of November 13 last year.

You were prowling the streets looking for a victim, and you found one…Your predatory sexual offending has had a profound and irreversible effect – Judge Robert Linford

He waited until she was on her own before accosting her, taking her into an alleyway and subjecting her to a 20-minute ordeal.

She said no but was too terrified to resist her attacker, Exeter Crown Court was told.

Romanian Bertlef, of Pinhoe Road, was arrested by police eight days later as he followed another woman in the city.

He denied rape and attempted rape of the same victim but was found guilty by a jury following a trial in September.

Sentencing Bertlef at Exeter Crown Court yesterday (Tuesday, November 18), Judge Robert Linford told him: “This was a well-planned exercise in finding a lone woman to rape and proceeding to rape her late at night in a quiet and deserted part of the city.

“You were prowling the streets looking for a victim, and you found one.” 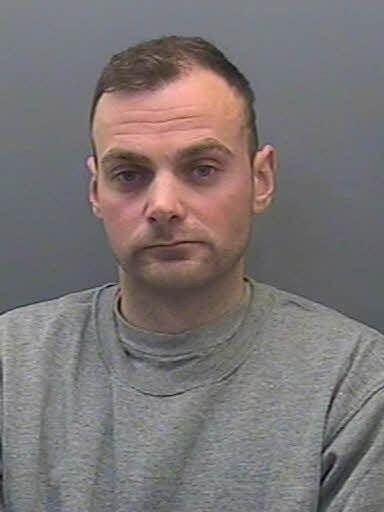 Delivery driver Bertlef was jailed for ten years with a three-year extended licence. He was put on the Sex Offenders Register for life.

Judge Linford added: “It must have been blindingly obvious that she [the victim]did not want anything to do with you when you approached her.

“You had the sheer nerve to thank your victim for what you had been able to do to her. She made her way home in a state of complete shock.

“You say you were looking for a girlfriend. You did not want a girlfriend, you wanted sex – no matter what the wishes of whoever you met might be.

“It was, in my view, very fortunate indeed for the lone woman who you were seen stalking on November 21 that you were seen by the police doing that.

“The victim personal statement opens with the words that the events of that night will never leave her and ends with her saying she will carry it with her for as long as she draws breath.

“Your predatory sexual offending has had a profound and irreversible effect.

“I find, having heard the evidence, that you left your home that night intent upon rape if you were unable to find anyone who would consent to what you wanted.

“You undoubtedly targeted a lone, vulnerable, woman. You are a dangerous man with no understanding of your offending and no desire to change.”

A probation report to the court said: “Bertlef has expressed attitudes which suggest he has little regard for the rights and well-being of young women and sees them primarily as sexual objects for him to target.

“He is rigid in his thinking with a strong sense of sexual entitlement and believes it is for the woman to say no rather than for the man to seek permission before making sexual advances.”

A three-day trial in September heard that Bertlef had been walking around Exeter before attacking the victim, who was a complete stranger.

The jury was told that she told him she did not want to kiss him or have sex, but he took her down an alleyway and made her give him oral sex. Bertlef also unsuccessfully tried to have vaginal sex on two occasions.

The victim told the jury she was so frightened that she froze and went along with what he demanded.

She said she told Bertlef repeatedly that she wanted to go home, that he did not restrain her physically, but blocked her when she tried to get out of the alleyway.

Bertlef told the jury he believed the woman wanted sex because she did not resist him.

Miss Fiona Elder, defending, said no violence had been used and Bertlef’s misreading of the situation arose from his total lack of previous sexual experience.