Thursday, April 15
Trending
You are at:Home»News»Driver and passenger have ‘lucky escape’ after East Devon crash

A driver and passenger had a ‘lucky escape’ after avoiding serious injury in this East Devon crash.

Emergency services were called to the single-vehicle collision at Boshill Cross, in Axmouth, at round 10.30am on Wednesday (November 18).

Fire crews from Colyton and Seaton, police and paramedics all attended the scene after the car left the road.

Its occupants were subsequently taken to hospital and an injured dog was taken to a vet.

A force spokesperson said: “Police were notified at around 10.30am yesterday to reports of a single-vehicle collision at Boshill Cross in Axmouth.

“The road was closed while services worked at the scene.

“The two occupants of vehicle were not believed to be seriously injured and were taken to hospital.

“A pet dog was also injured in the collision and taken to a vet.” 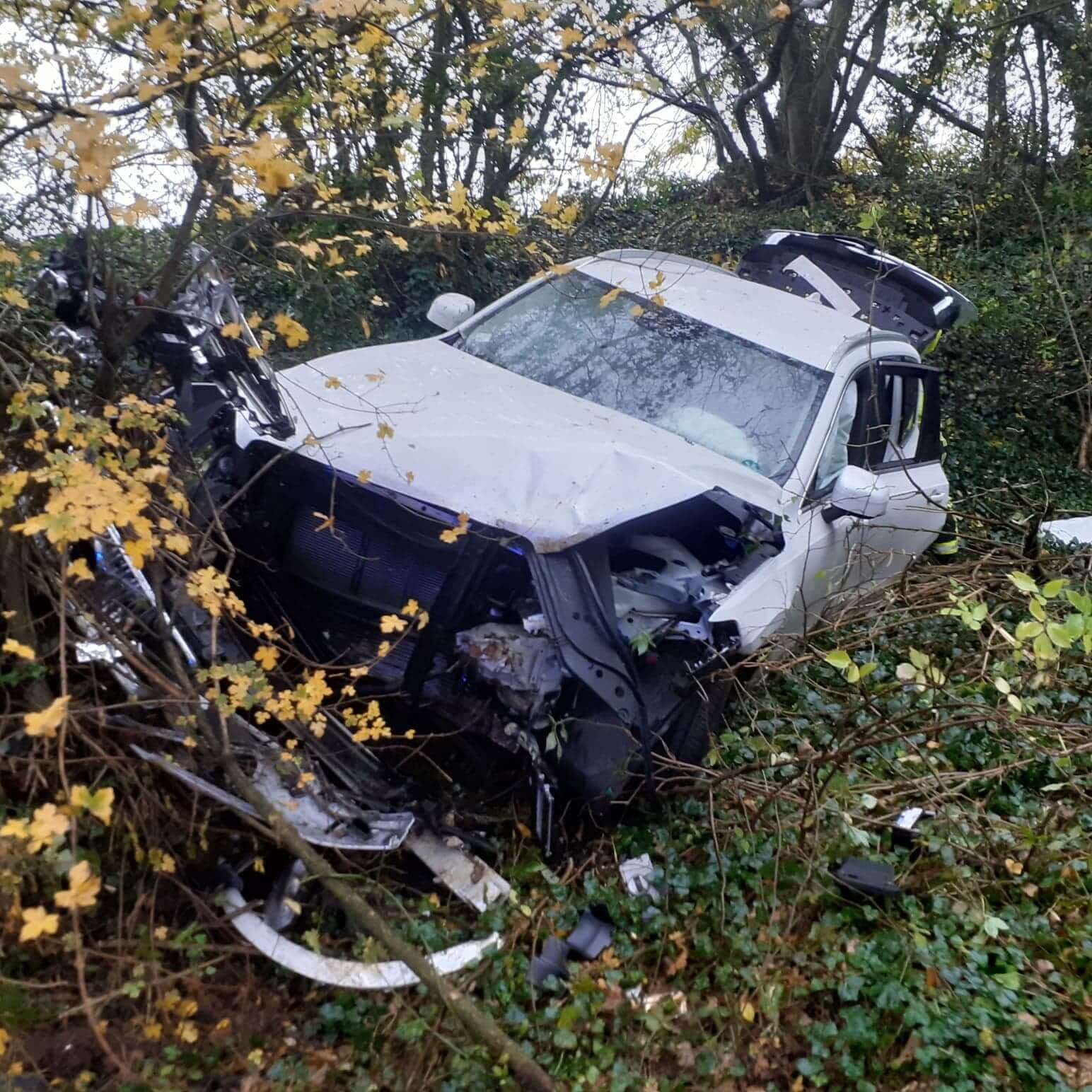 The wreckage of the vehicle which led the road at Boshill Cross, Axmouth. Picture: Colyton Fire Station

A Colyton Fire Station spokesperson added: “The occupants of this car had a lucky escape today when their car left the road near Boshill Cross.

“Colyton and Seaton fire crews attended along with the police and ambulance service.”

The spokesperson issued a general warning for motorists in East Devon to take extra care as the dark evenings draw in, adding: “Please drive carefully as the roads may be slippery due to the rain and fallen leaves.”