Friday, May 27
Trending
You are at:Home»News»Sidmouth»Sidmouth runner ‘humbled’ by generous help to raise funds for forces veterans

A Sidmouth runner who raised more than £1,000 for armed forces veterans said he felt ‘humbled’ by the generosity of those who sponsored his efforts.

A spokesperson for Sidmouth Running Club said: “Adrian, feeling very humbled by people’s generosity in such difficult times, would like to thank everyone from the bottom of his heart who shared his Facebook page or donated to this worthy cause.”

He said: “Having never run on more than two consecutive days I knew this was going to be a real challenge for myself.”

Adrian challenged himself to double his original target of 100km when halfway through his run he set his sights on a distance of 200km.

The running club spokesperson said: “A donation page linked directly to the Royal British Legion Industries was set up with a target of £100 which was quickly surpassed.

“Over the month, with some massive support from his partner, Annie, family, friends and Sidmouth Running Club members, he managed to complete the challenge and midway through, not feeling too bad, he decided to see if he could run 200k in the month.”

The spokesperson added: “Adrian, a club run leader, clocked up an amazing 226.6k or 140.84 miles, raising to date £1,015 for RBLI, which like many charities have suffered this year.” 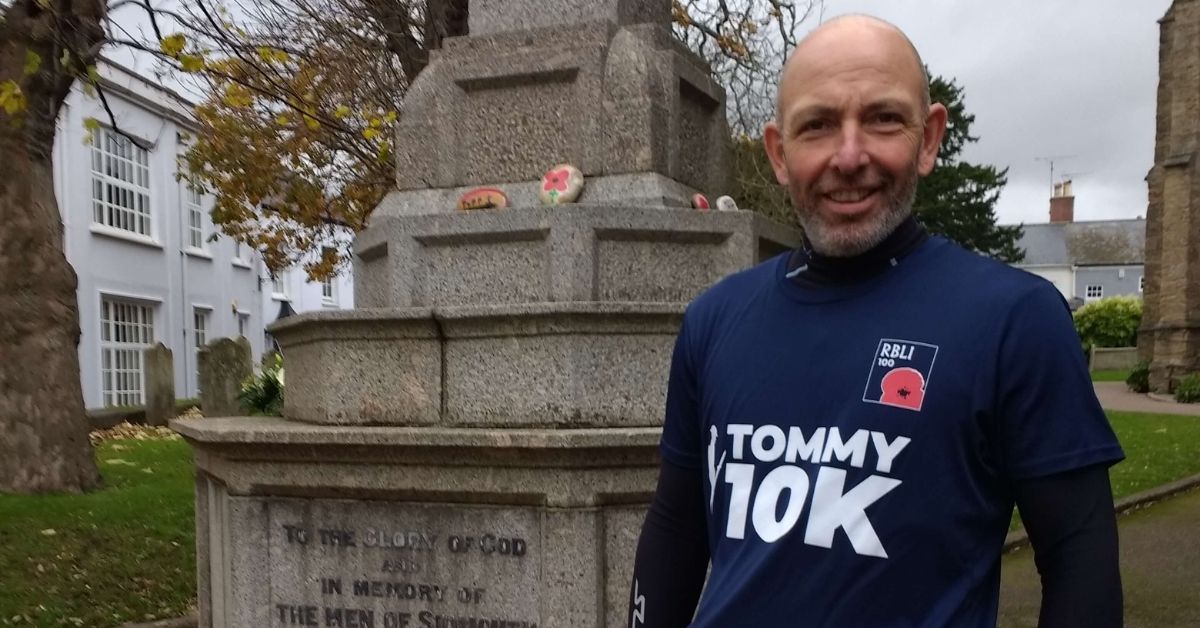 The Royal British Legion Industries Tommy 10k challenge began on October 14 until November 14, then extended until the end of the month because of its popularity.

The challenge could be completed at a walk, run, or as a wheeled event.