Firefighters from Exeter and Exmouth were called to a house in Woodbury this evening when a wood-burning stove sparked a chimney blaze.

A resident in the Globe Hill property raised the alarm at around 6.45pm.

An appliance from Middlemoor was called to the scene and subsequently called for help from a crew in Exmouth.

Firefighters tackled the blaze from the roof and removed the log burner. They were at the scene for more than an hour. 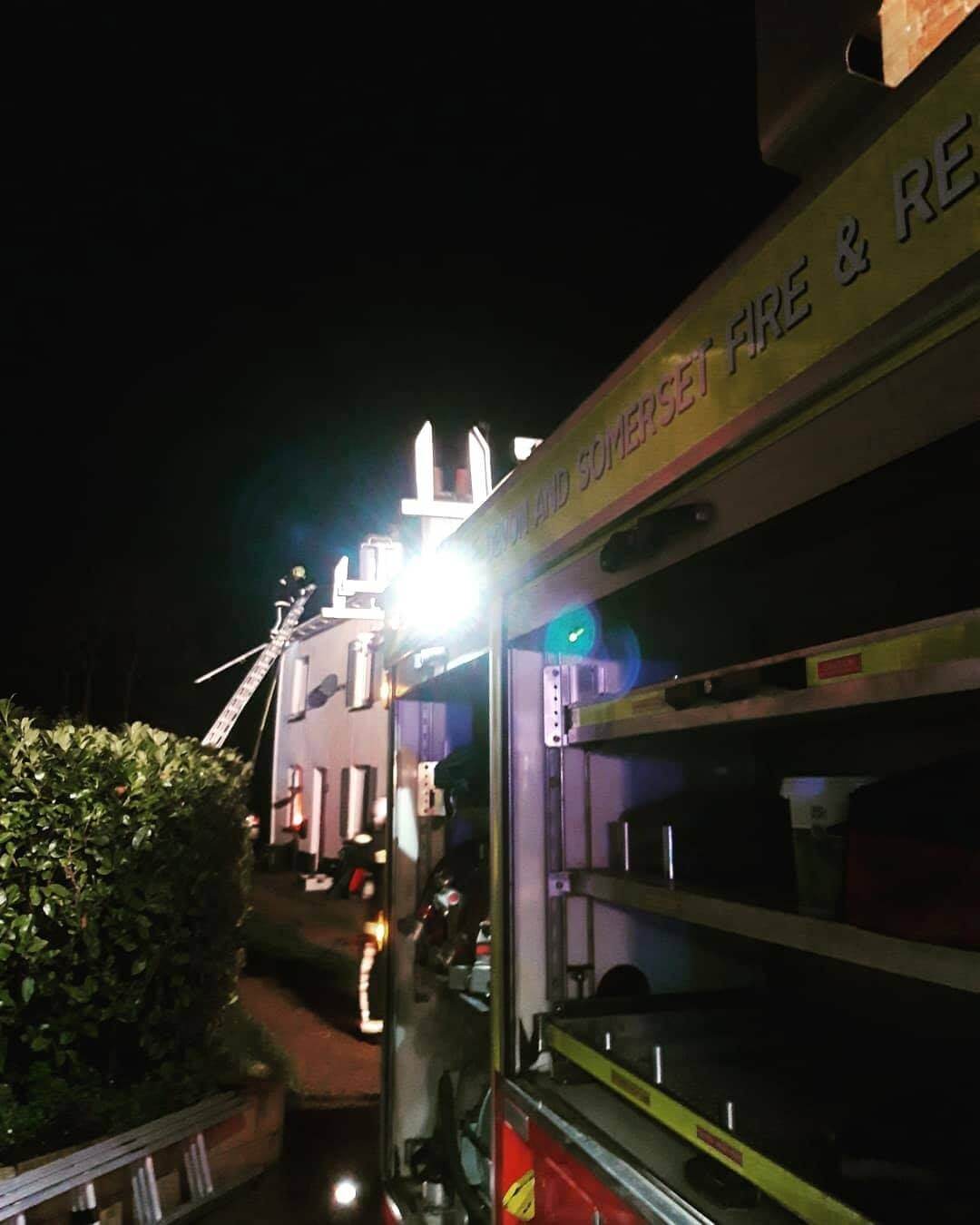 A Devon and Somerset Fire and Rescue Service spokesperson said: “One fire appliance from Middlemoor attended a property in Woodbury after a call from the occupant stating the log burner had started a chimney fire.

“On arrival, the crews confirmed there was a fire involving the wood-burning stove and got to work with chimney gear and a carbon monoxide monitor.

“At 7.14pm Middlemoor requested a second pump which came from Exmouth.

“Crews continued fighting the fire from the roof using chimney rods and the wood-burner was removed.

“At 7.53pm fire crews were happy the fire was out and left the scene after making up equipment.” 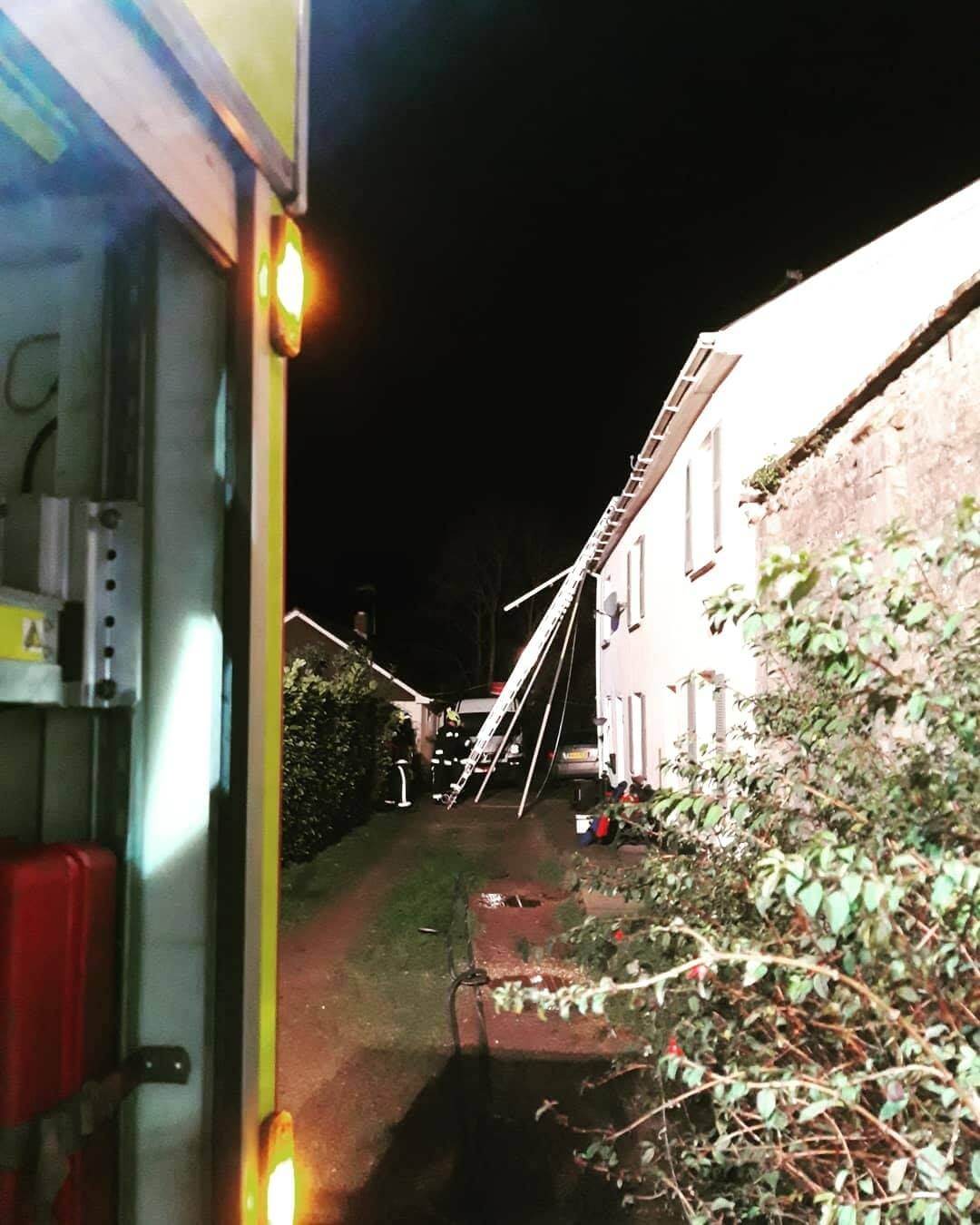 A spokesperson for Exmouth Fire Station added tonight: “Now is the time to get your chimney swept if you haven’t already.

“Crews have just returned from assisting our colleagues from Middlemoor Fire Station.

“Ladders, safety at height equipment, chimney gear, a thermal imaging camera and a hose reel were used at the incident.
“The fire was extinguished from the roof and a log burner was removed from the property.”
Chimney fire safety advice is available here.
[asp_product id=”17531″]