Exmouth triathlete Katrina Matthews has won another major event after being crowned winner of the Ironman Florida.

Competing in the colours of the BMC-Vifit Pro Triathlon Team, her latest success came after she led the way in the swimming and then delivered the third-fastest bike split.

And she finished with an impressive sub-three-hour marathon, completing the run in a time of 1:58:29.

That also means she is now third in the all-time British women’s list for the best times over the iron-distance.

Only Chrissie Wellington and Lucy Charles-Barclay have gone quicker. 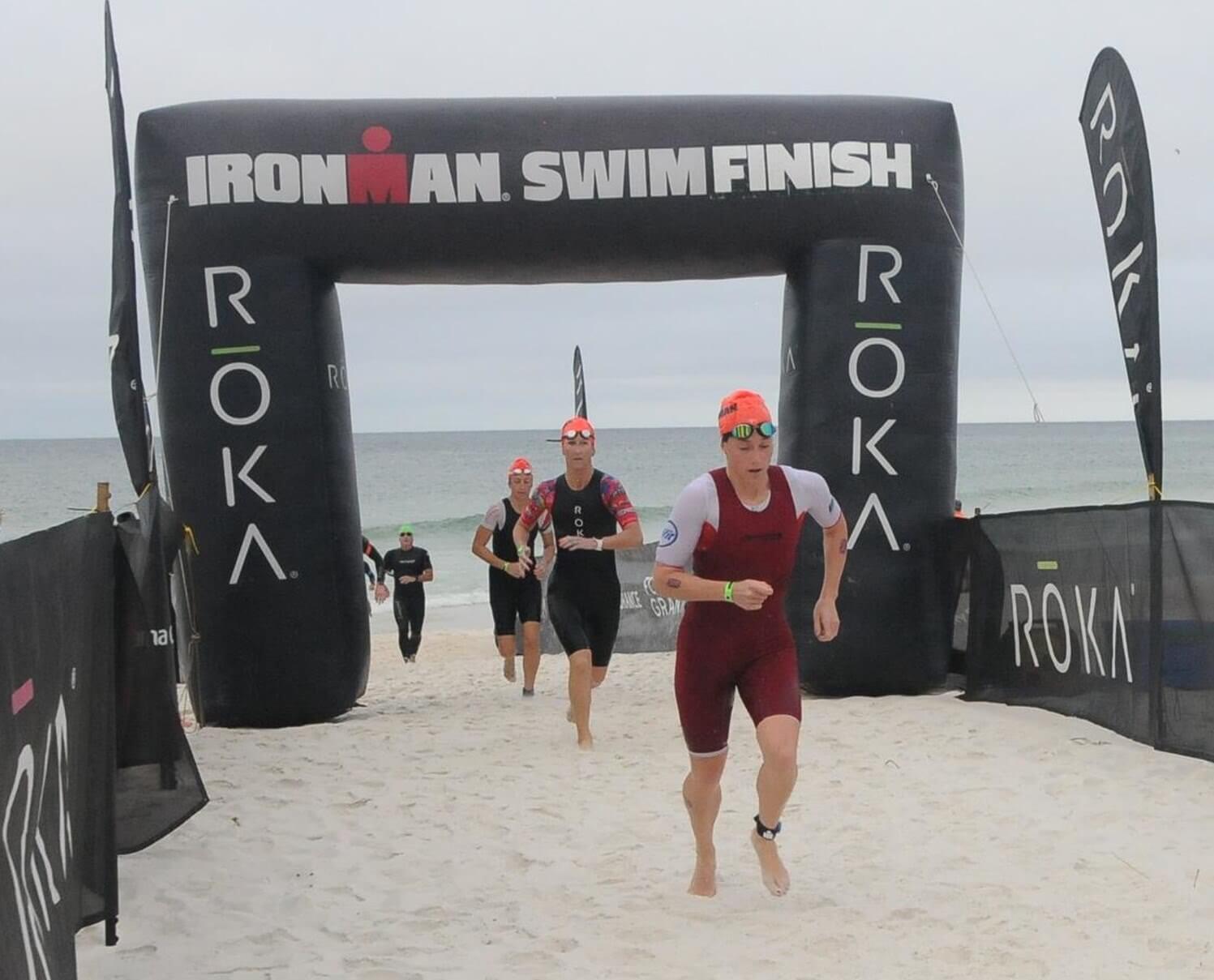 Katrina at the swim finish during Ironman Florida. Picture KMTriCoaching 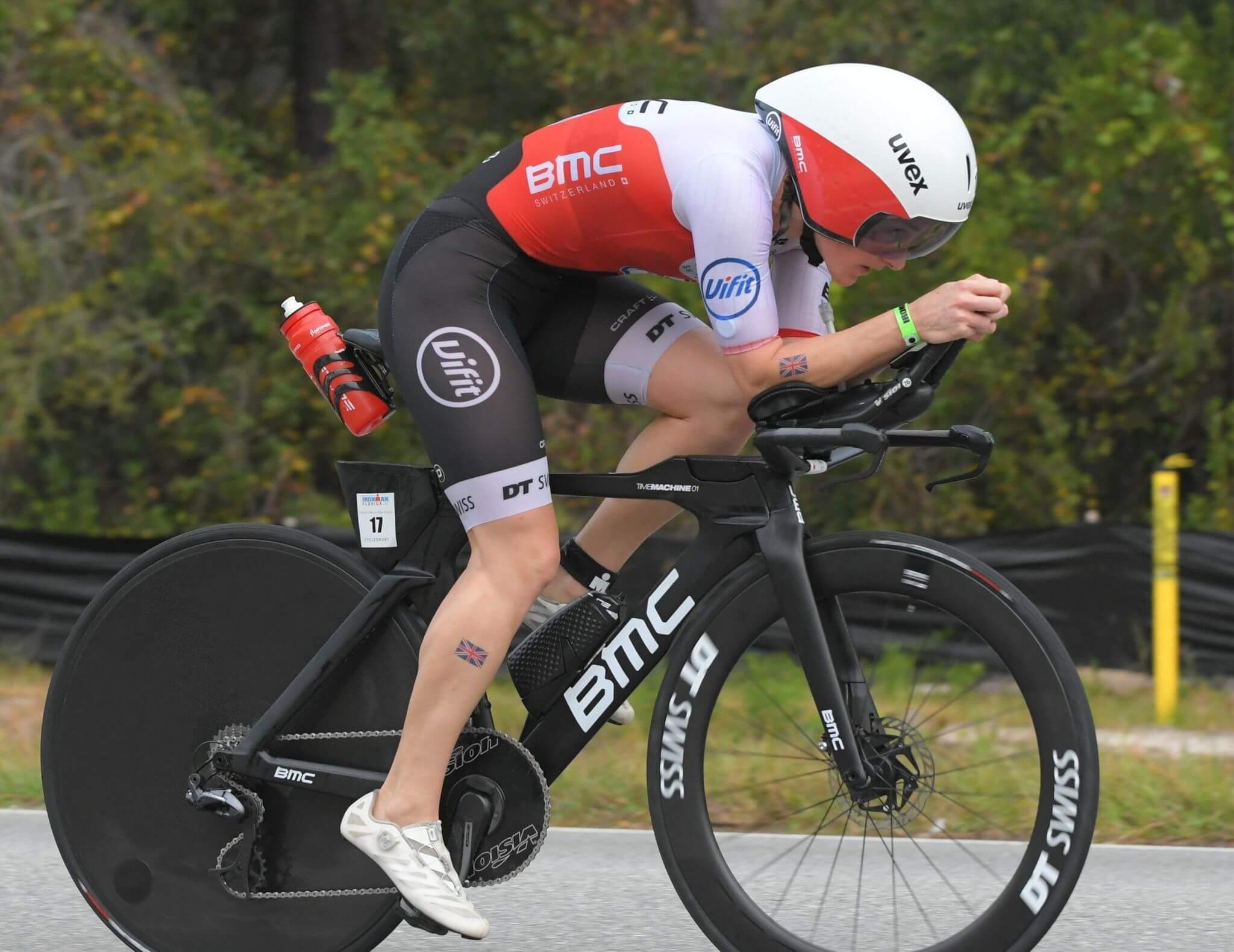 Katrina Matthews during the cycle element of the Ironman Florida. Picture KMTriCoaching 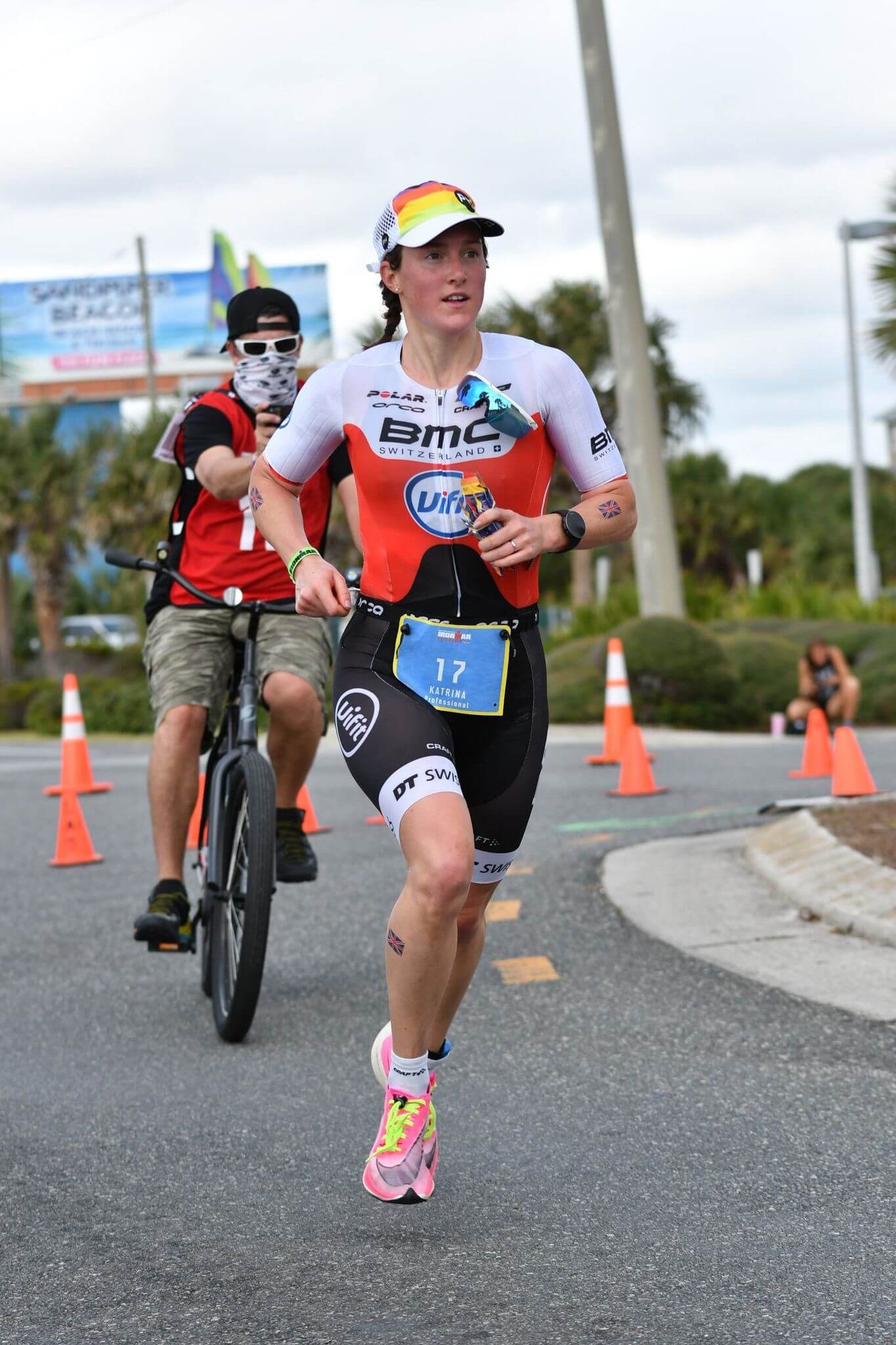 Katrina during the run element of Ironman Florida. Picture: KMTriCoaching

She exited the water with Meredith Kessler and Kelsey Withrow (both USA), 2:45 ahead of the race favourite and Ironman Champion Skye Moench (USA).

In the run element, on what was a billiard table-flat, super-fast terrain of panhandle Florida, Kartrina, established a decent lead.

However, Moench hit back on the bike leg and pulled that advantage back in the second half of the 112-mile course, coming into the bike/run transition T2 right behind Matthews.

The other British elite, Ruth Astle, had moved into fourth, breaking the bike course record, just three minutes back while Meredith Kessler was sitting fifth with eight minutes to make up on the leader.

In the run, Matthews was away first and set a fast pace, but Moench, whose running is her forte, chased her down in the first three miles.

The pair ran side-by-side for a stretch so there was all to play for.

A small gap formed that fluctuated between ten seconds and a minute for miles but by half-way Matthews had established a clear lead.

And in the final third she maintained or even increased her pace.

After 20 miles Moench was no longer able to stay in touch; in fact, the difference steadily rose to five minutes by the end.

Meanwhile, the American Meredith Kessler had run into third place with GB’s Ruth Astle in fourth. 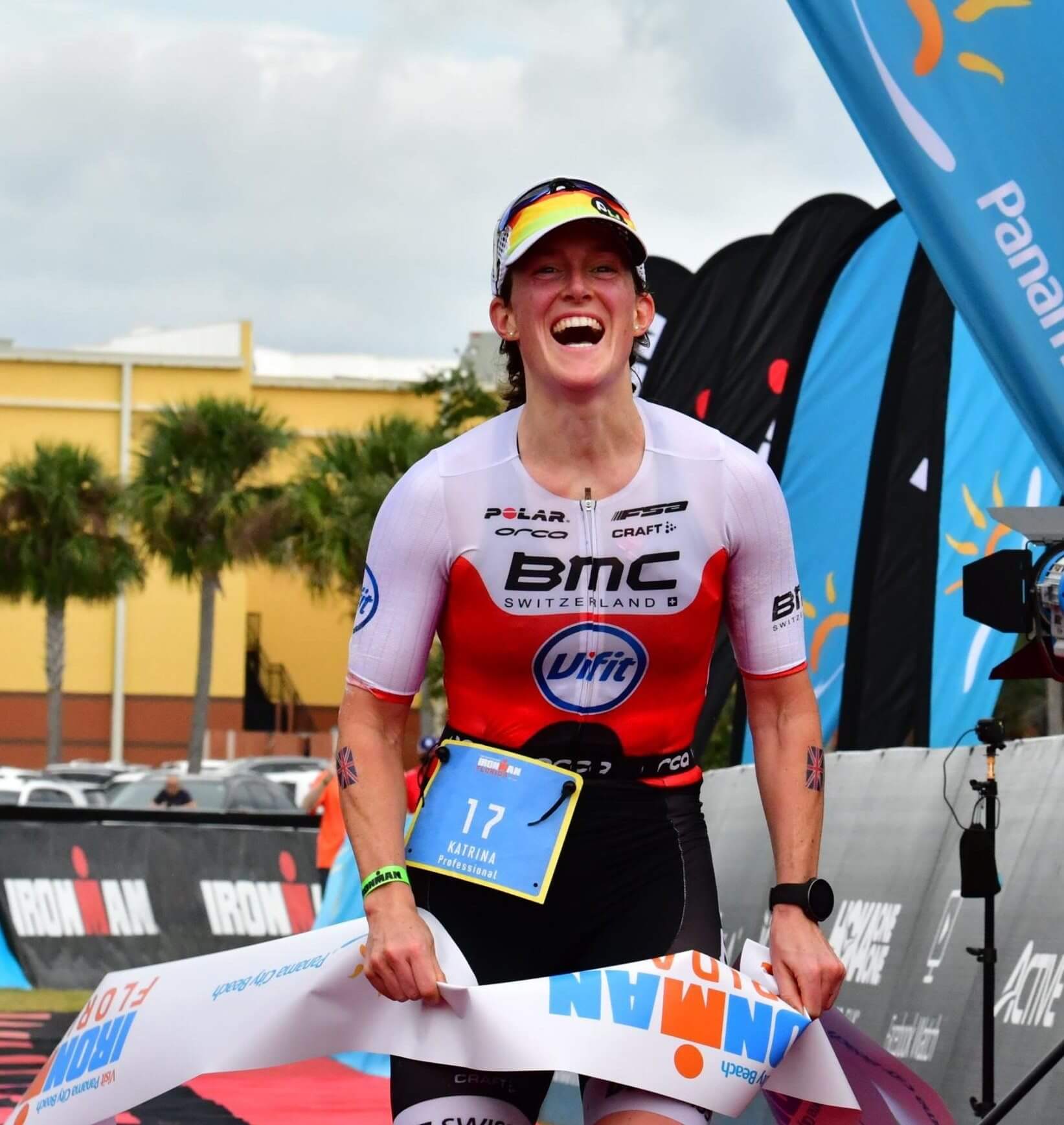 And Matthews was not the only record to be chalked up at the event.

Behind the fast racing up front, what captured the interest and hearts of supporters around the world was local Florida man Chris Nikic.

He became the first athlete with Down’s Syndrome to finish a full-distance Ironman triathlon event.

Nikic finished in 16:46 and he has been accepted as a new world record holder by Guinness World Records.

It has certainly been a seriously fast climb up the ranking for Matthews who, just 18 months ago, under her maiden name of Kat Rye, produced an eye-catching performance in the Challenge Gran Canaria event.

Racing as an Age-Group athlete at the time, she was the fastest female amateur by 15 minutes, in a time quicker than all of the female pro athletes, except race winner Emma Pallant.

In early 2020, Katrina joined the BMC-Vifit team who achieved an impressive ‘double’ at Ironman Florida with victory in the men’s event for American Chris Leiferman.

The next time Katrina Matthews will be in action will be at the 2020 World Championships to be raced round the Daytona 500 racetrack, in Florida on December 6.

Meet the Exmouth athlete who is Europe’s reigning triathlon champion – and Katrina, 29, has her sights set on swimming, cycling and running her way to glory on global stage