Witches, cats and skeletons descended on The Byes to boost a good cause when Sidmouth Running Club organised a Halloween-themed fundraiser. 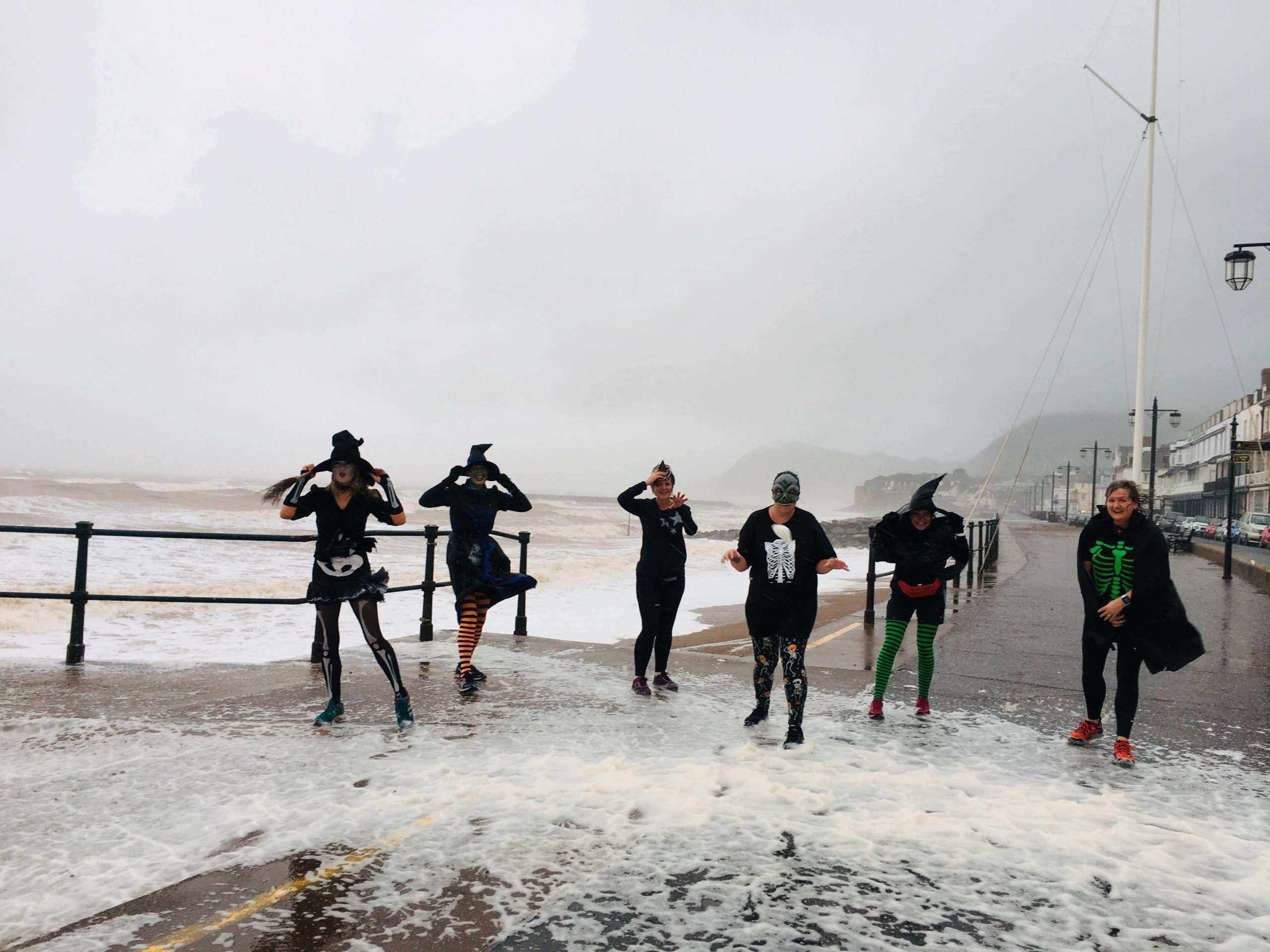 Here, Alexa Baker reports on the latest from the club.

Sidmouth Running Club were inspirational during the first Covid-19 lockdown.

The club encouraged individuals back to running where weekly routes were set and times and photos were recorded.

And as guidelines changed, running in pairs then small groups was introduced until the club could meet again in groups of 12 under England Athletic guidelines, all socially distanced.

It was during this period that Alison Long organised for a small group to meet up on Tuesdays and Saturdays to run off road, encourage each other and celebrate birthdays!

Mighty Green (MG) Beccy Johnson said: “Following the news regarding the lack of government funding for children during the holidays, I thought we could use fellow MG Helen Akay’s idea of a Halloween dress-up run, to raise money for Sid Valley Food Bank.”

With everyone on board, Beccy set up a JustGiving crowdfunding page and, to date, the total stands at £270 which has exceeded their original target.

Storm Aiden added to the Halloween fun and meant a few costume tweaks including a waterproof bin bag dress for Susan Reeve. 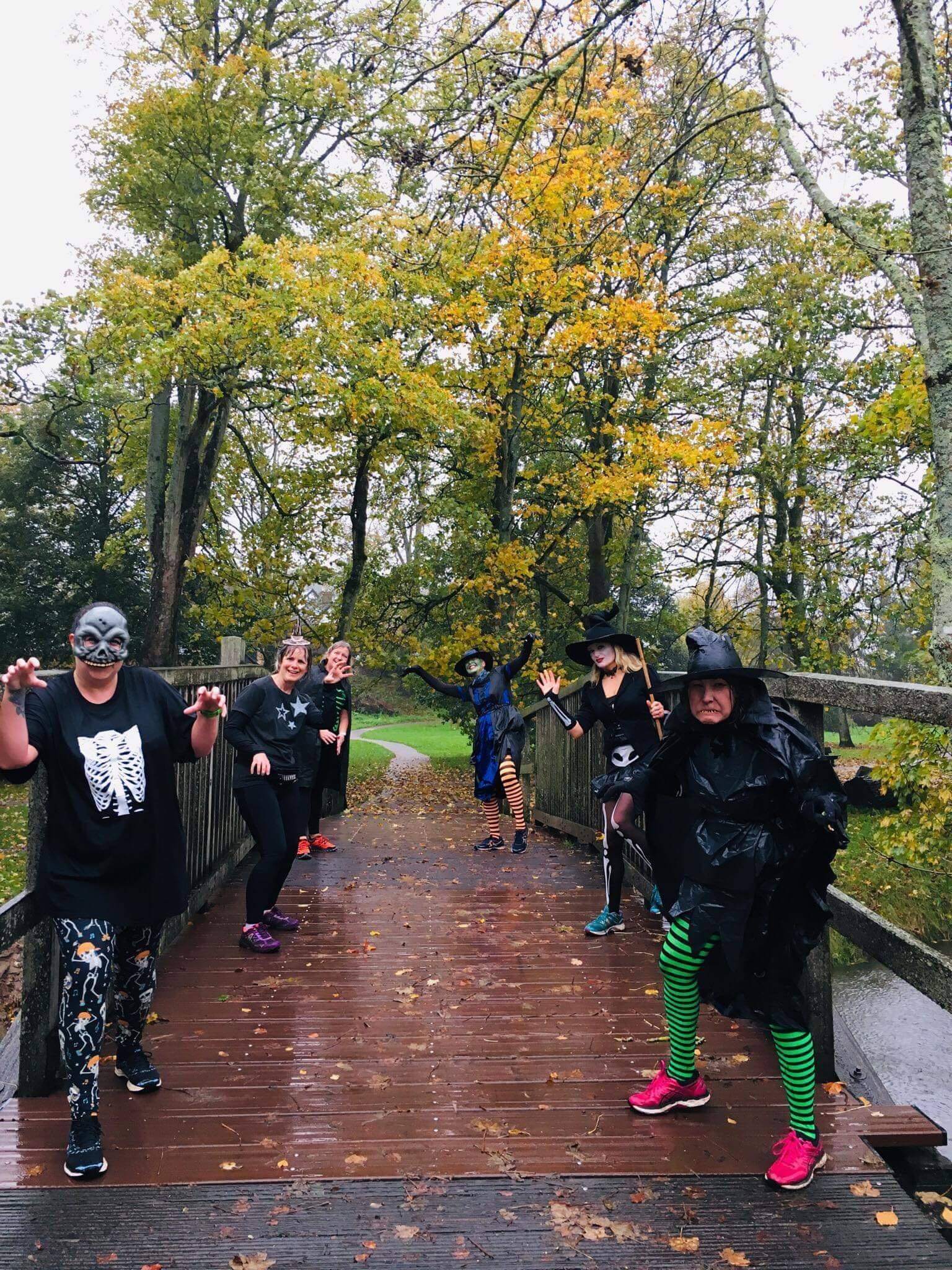 “We braved the elements and set off at 9am from Sidford down through The Byes dressed as witches, cats and skeletons,” explained Tracy Scannell.

“On reaching the seafront we were battered by the wind, rain and sea spray but paused for a photo, taken by Liz Goodman, in the foam the sea had whipped up.”

The spooky group ran back up through the deserted town before heading back into The Byes, completing just over four miles.

Helen added: “Our supernatural attire and spirit served to gravitate us towards our fundraising goal despite the oppressive weather.”

Beccy added: “We have had amazing support from friends and family and especially the Mighty Green running family and are very grateful to everyone who has donated.”

With Lockdown II now upon us, Sidmouth Running Club are back to running in pairs.

Hoof been nicked! Police round up pair of goats on the run on Sidmouth road