Despite heavy overnight rain the Cloakham pitch looked to be in good condition and Millwey settled into the contest quickly, putting the visitors defence under early pressure.

The opening goal came on ten minutes and was certainly one borne out of training ground work.

When the visitors were awarded a corner, it was delivered low to the near-post and a striker ran towards the ball taking a number of defenders with him.

He let the ball pass inbetween his legs and a waiting team mate rifled it home from close range.

The turning point of the game came just five minutes later when a visitors’ defender was penalised for an unfair tackle inside the area. The defender was then shown a red card for his protestations.

Sam Dibling drilled the ball home to level things up. 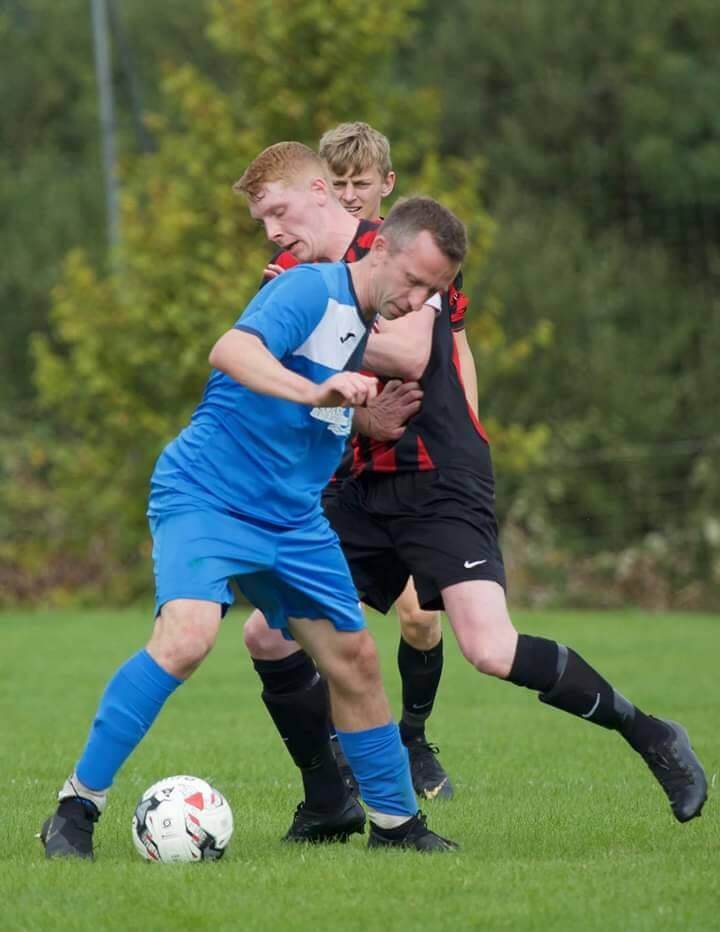 Tommy Bastin, who seemed to be everywhere, was slightly unlucky on two occasions not to add another goal.

Dibling then increased his tally with a firmly-headed goal from a pinpoint cross supplied by skipper Haydn Lewis and that sent Rise into the break with a 2-1 lead.

Three minutes into the second half and Dibling had his hat-trick with the assist down to Zak Meaker.

Lewis was replaced by Jack Farrant 15 minutes in and a few minutes later Sam Turner hit a powerful shot from 20 yards that slammed against the Bishops crossbar.

In the final quarter, two more Millwey substitutions were made which saw the introduction of Jack Bennet and Dave Bridges.

The game seemed to lose its way a little with some petty infringements by both sides.

From one such incident late in the game, Bishops reduced the arrears direct from a free-kick just outside the penalty area, but Rise survived the final nail-biting minutes to record the victory.

For Millwey, hat-trick scoring Sam Dibling was named Man of the Match. He was pushed hard for the award by Zak Meaker who covered every blade of grass on the pitch in defence, midfield and attack.