Sunday, March 7
Trending
You are at:Home»News»Exmouth»Meet the Exmouth athlete who is Europe’s reigning triathlon champion – and Katrina, 29, has her sights set on swimming, cycling and running her way to glory on global stage

The 29-year-old won the world’s very first Half Ironman distance triathlon to be raced since lockdown.

And she went on to win the major domestic triathlon of the season in Nottingham.

Katrina, who was married last year and previously ran under her maiden name of Rye, is in her first full year as a professional elite triathlete.

She made the podium in all of her middle-distance races last year. 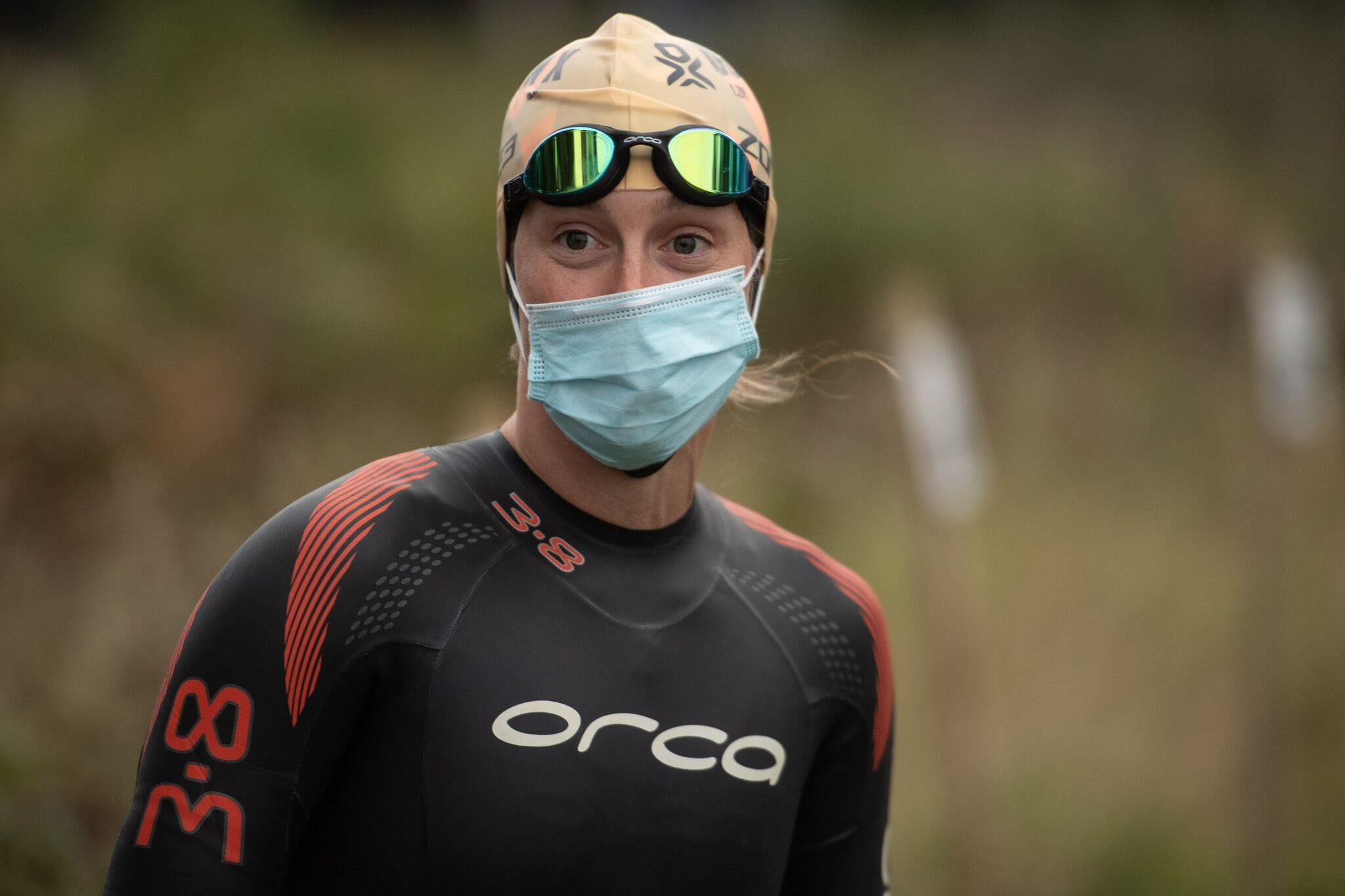 And in Western Australia last December, at the start of her honeymoon, in her first full Ironman race, she recorded a time of 8:53 – placing her tenth in the debut all-time world standings.

In between, she won the Exmouth triathlon last September on ‘home’ turf.

Katrina joined one of the top professional triathlon teams, BMC-Vifit, in January.

And after a team training camp in Lanzarote for much of January, she has been training up to 25 hours a week, though alone since late March, with much of her cycling on the turbo trainer.

Swimming training had been restricted to indoor functional and strength exercises and one session in a ‘continuous pool’. 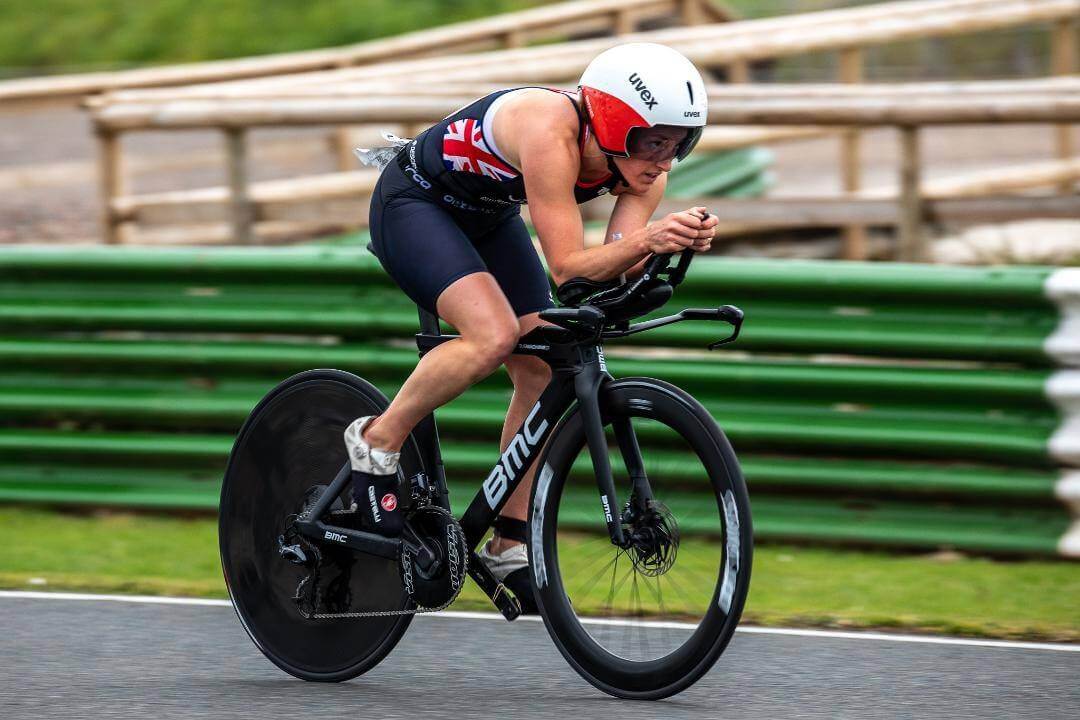 Katrina Matthews in GBR trisuit during the cycling element of the Outlaw Triathlon. Picture: @KMTri_Coaching

In July she could train in a local lake and in the sea. That hard work paid off last month in the first Half Ironman distance triathlon to be raced since lockdown in Tallinn, Estonia.

Katrina won with an impressive margin over the chasing Dane – a top ten professional – with an Estonian Olympian triathlete in third.

She exited the water after the one-mile swim with several others, battled through a demanding 56-mile cycle to record the fastest time and take a minute’s lead into the run, after three hours of racing.

A swift 1:20 half-marathon run saw her break the tape with an impressive lea, to win her first Half Ironman and earn a start slot in the 2021 World Championships in Utah, USA.

Two weeks later in Nottingham, she won the ‘Outlaw X’ triathlon; the top UK domestic race of the year.

Olympian Lucy Hall was well in the lead after the swim, but, in cold and windy conditions, Katrina’s time trialling prowess reined her in.

Neck-and-neck with another top British triathlete, Nicky Bartlett, they entered the transition from cycle to run together.

In the half marathon, on surfaces varying between tarmac, gravel and grass, Katrina proved the stronger runner and won by a small margin in a record-breaking time.

Being part of a sponsored team, she has been given a BMC ‘Time Machine’ TT bike to train and race on. 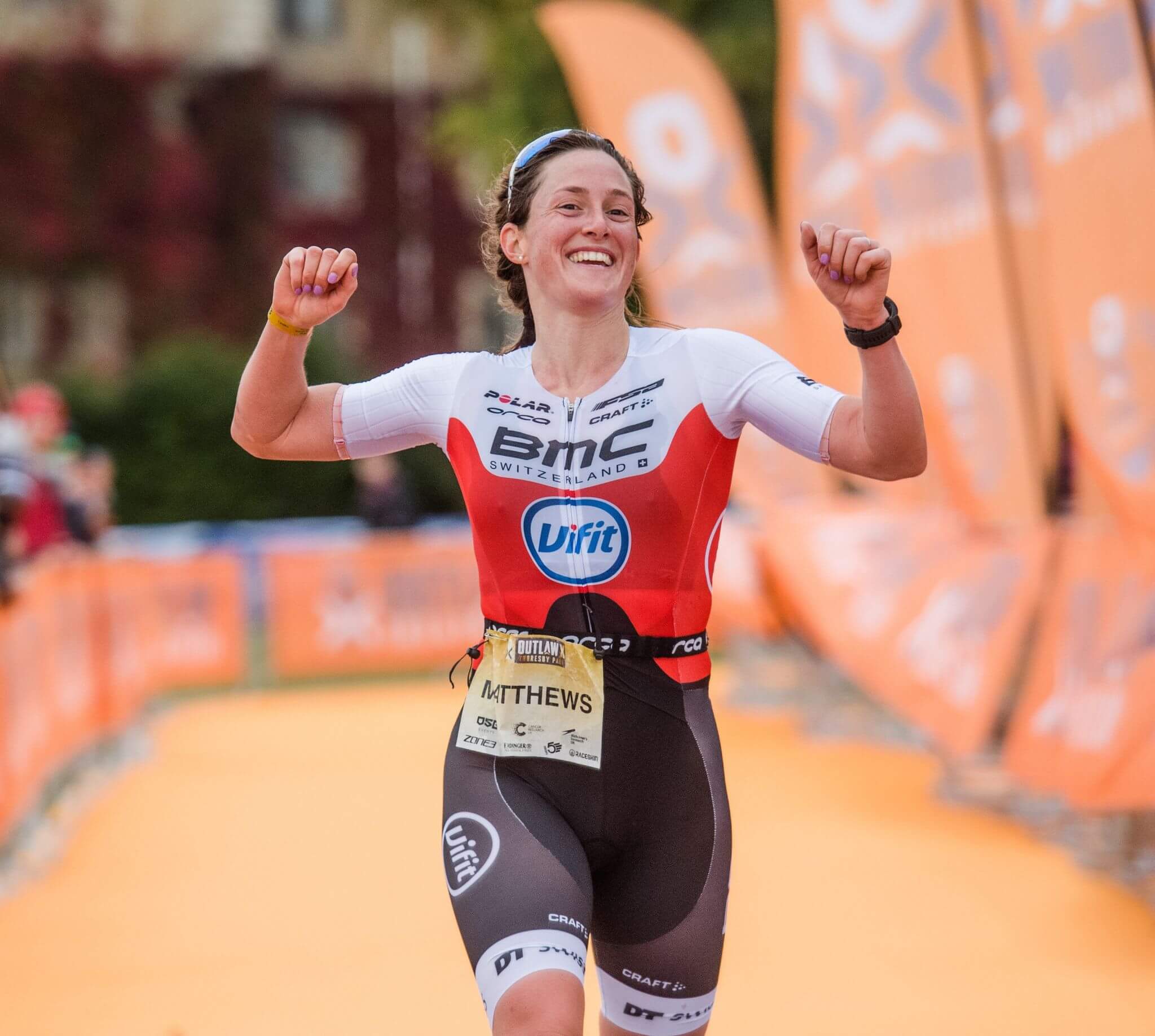 In August, in her first competitive road time trial, she won the British national 100-mile time trial averaging over 25mph for nearly four hours; and it wasn’t a flat course.

Her team also provides her Orca wetsuit and Uvex helmet, visor and glasses.

Katrina’s nutrition sponsor is Precision Hydration, who work with elite athletes to help them understand and manage their personal hydration needs.

Coached by Damion Littlewood at Tri-1st Coaching, she is training almost full-time.

Katrina is on the Army’s Talented Athlete Scholarship Scheme.

A favourite session is a ‘brick’; a hard cycle around Devon’s roads immediately followed by a speedy run at race pace around Exmouth.

Her targets for later this year are Ironman Portugal next month and, in December, if she gets a starting place, Challenge Daytona (in Florida, USA) – the de facto world championships of 2020 where the best in the world will be fighting it out.

This has a $1million prize purse; half each for women and men.