Saturday, July 24
Trending
You are at:Home»News»Exclusive»Auction of former Budleigh care home to benefit new East Devon charity for the elderly

The closed Budleigh Salterton Shandford care home will be auctioned next week with funds going to a new East Devon charity set up for old people.

The Abbeyfield Society, site owners, said proceeds from the Tuesday, November 3 sale of Lot 68 will be given to newly-formed registered charity The Shandford Trust, to support older people in need who live within the area of Budleigh Salterton and the villages of East Budleigh, Otterton, Colaton Raleigh and Bicton.

The charity will be managed by a board of trustees drawn from the local community and one from The Abbeyfield Society.

When the funds become available, a new website will be launched to highlight the charity, its work, who can apply for financial support and how to apply.

A spokeswoman for The Abbeyfield Society said: “When Abbeyfield originally took over the site it was agreed that any funds raised from a potential sale would be used for the benefit of older people in Budleigh Salterton and other local communities, in line with the objectives of the charity which originally ran the Shandford home.

“In accordance with this, The Abbeyfield Society will be applying funds from the sale of Shandford to a new charity, The Shandford Trust.

“Its main purpose will be to support those older people in need who live within the area of Budleigh Salterton and the villages of East Budleigh, Otterton, Colaton Raleigh and Bicton.

“The Trust will be managed by a board of trustees drawn from the local community and one from The Abbeyfield Society.”

She added: “As soon as funds from the site sale are available, a fully structured website will be launched and publicised locally.

“This will give further details of the background and purposes of the Trust and the names of its trustees, together with information on the criteria for qualifying for support, and when and how to apply.”

The detached 26-bedroom former Shandford care home is being sold at auction through agent Savills, with a freehold guide price of £750,000.

Abbeyfield said a pile of metal walking frames, dumped outside, are due to be cleared this week. 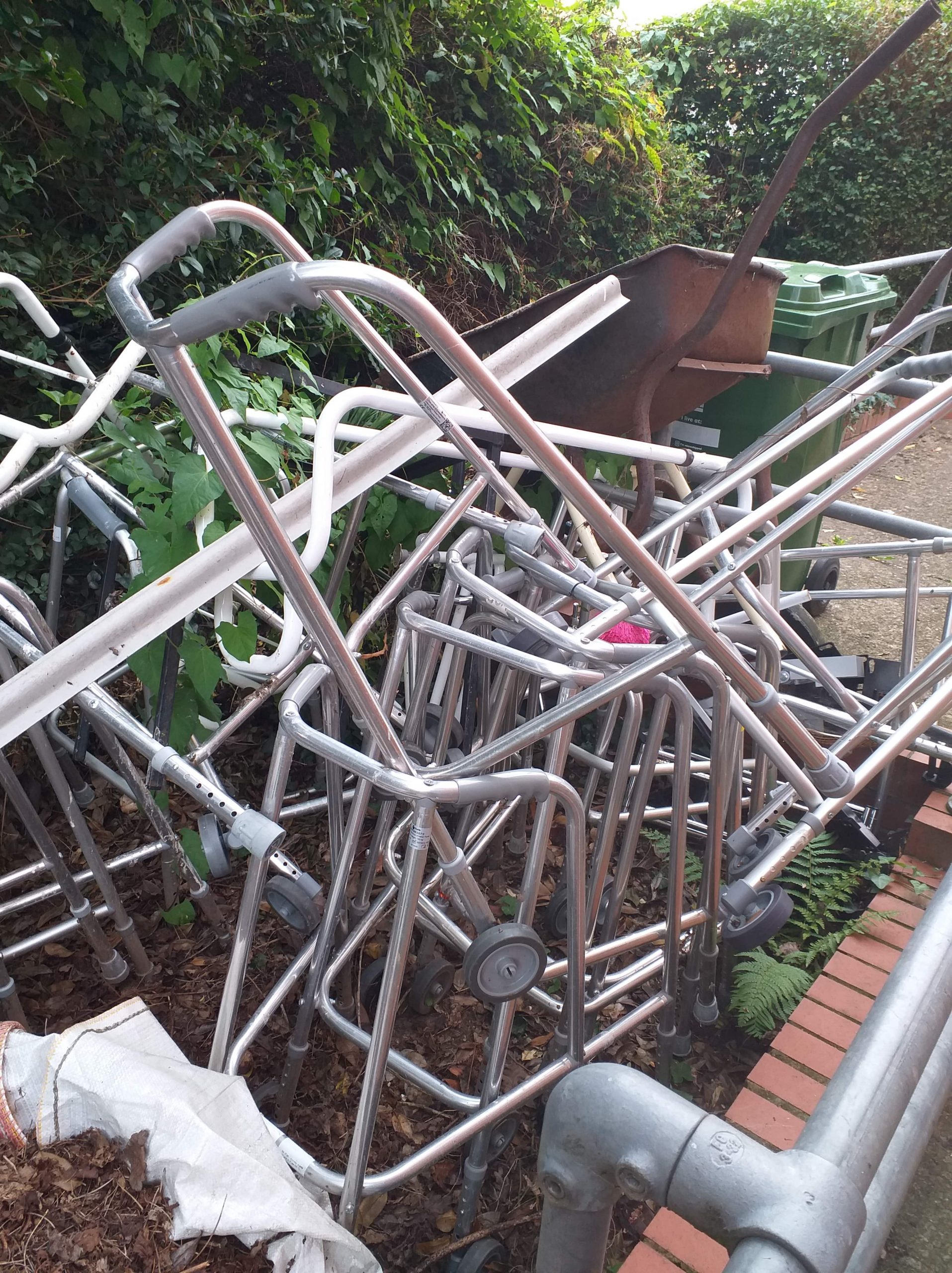 The former care home, in Station Road, fully-closed in March 2020, during the coronavirus lockdown.

The last remaining residents were moved to other care homes because of an earlier decision made by Abbeyfield that Shandford was ‘not a viable option’ to keep open.

At the time, Abbeyfield said the decision to close Shandford was ‘with great regret’ and taken after a lengthy review of the service, which took into consideration the future of the care home.

It said the decision to close was the result of a detailed review of the infrastructure, building condition and financial performance of the home.

A community drive by Budleigh residents to set up a Community Interest Company to run Shandford as a not-for-profit venture, with public volunteers and annual subscriptions, attracted ‘significant support’ but did not progress.