Wednesday, May 12
Trending
You are at:Home»News»East Devon»Seaton»Support for Seaton Jurassic expansion bid that will feature zones with wildlife, nature and climate change themes

A bid to extend Seaton Jurassic – one of East Devon’s biggest tourist attractions – have been supported by district council bosses.

It opened in 2013 and ‘phase one’ of the project has seen visitors take the ‘short trip’ back to the 19th century to share the excitement of the discoveries made by local fossil hunters and geologists.

Original plans for the project included a larger outdoor area that extended across part of the car park and into the grass area adjacent to the tramline.

However, this was not delivered at the time due to budget constraints.

Devon Wildlife Trust is now in a position to progress ‘phase two’ and has prepared proposals for an extension to the outside space. 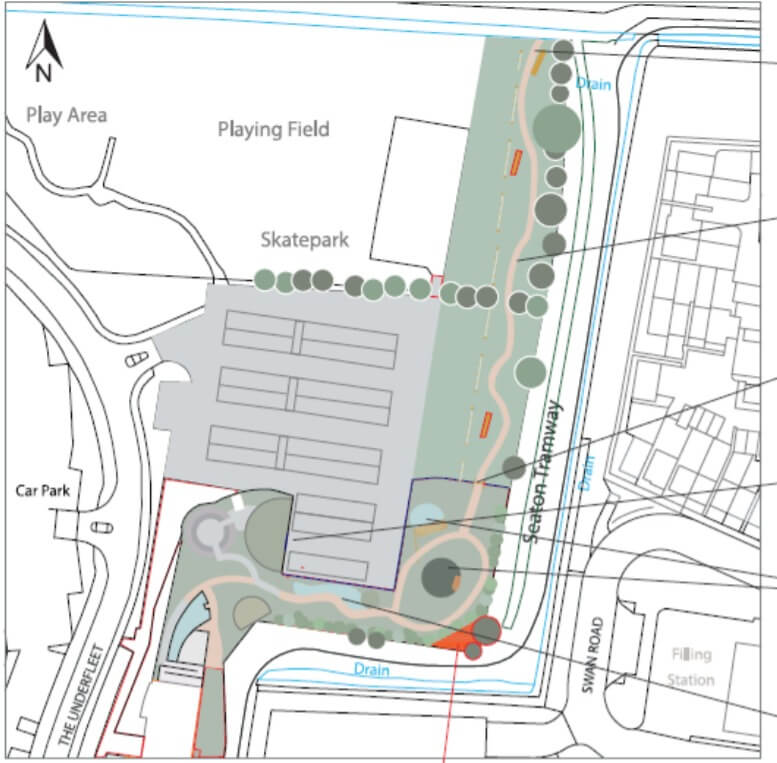 Alison Hayward, project manager for place, assets and commercialisation, told the meeting the plans were for a new landscaping and interpretation project focussing on the themes of wildlife, nature and climate change.

She said a new ‘Living Seas’ zone will offer interpretation and play to highlight the special qualities of the Axe Estuary Marine Conservation Zone and the work of beavers on the River Otter.

A ‘Living Landscapes’ feature will boast tunnels to resemble setts or burrows.

That would be part of the ticketed Seaton Jurassic experience, but a second area would be free to use and accessible directly from the car park.

The free ‘Living with Nature’ aspect would run parallel to the tracks of Seaton Tramway from the new gate and fence up to the ditch separating the current picnic area from Sheep’s Marsh.

“The development of this land would see Seaton be able to offer visitors a day-long excursion to the area with a contiguous visit to Seaton Wetlands, Seaton Tramway and Seaton Jurassic and offer the local community a greater area of natural play and engagement as well as additional outdoor space for events and activities,” said a report to councillors.

It would also encourage people to walk into the Seaton Wetlands and return via the tram.

A new path will lead visitors from these attractions up towards the northern end of the site, where it is hoped that, in future, an access point will lead across into Sheep’s Marsh, a new area of wetlands being developed by the council’s Countryside Services Team.

Supporting the plans, Councillor Paul Hayward said that the more people who have the chance to visit the wetlands, the better.

He added: “The enhanced offering at Seaton Jurassic will bring more people in.”

Cllr Marcus Hartnell said that this would provide a better link to the wetlands from the town centre.

The Seaton Jurassic scheme is part of a masterplan for a number of linked project interventions that, if delivered, would create a circular route between Seaton Jurassic, Seaton Wetlands and Seaton Tramway.

This has previously been backed by EDDC’s cabinet.

Wednesday’s meeting saw members support the delivery of the scheme to enable access in and out of Sheep’s Marsh, as well as the Seaton Jurassic expansion plans.