A mum has asked the MP for East Devon why teddies and paper plates used in a peaceful protest over free school meals were removed from outside his Exmouth HQ.

The items were placed in front of Simon Jupp’s Mamhead View constituency office to challenge the Tory Government’s decision to block plans to extend support for food-deprived children over the holidays.

We wrote messages, none of them abusive or threatening, on paper plates and left them with teddies – Rosie Johnson

Conservative Mr Jupp voted against the bid – which has been championed by Manchester United and England footballer Marcus Rashford – in the House of Commons last week.

Exmouth mum-of-two Rosie Johnson said she and her family were so ‘disheartened’ by the move that they and friends decided on the peaceful protest.

She told East Devon News: “We try to teach our children about compassion and empathy.

“We should be able to look to our elected representatives as examples of this, but instead find ourselves turning to professional footballers.

“We were so disheartened by the vote against extending free school meals that we decided to join our friends in making a peaceful protest outside Simon Jupp’s office.

“We wrote messages, none of them abusive or threatening, on paper plates and left them with teddies.

“They were removed without any explanation even though they were not causing an obstruction and had not damaged any property.

“It was always our intention to remove them at the end of the day but we weren’t given that opportunity.

“This issue is too important to be dismissed. 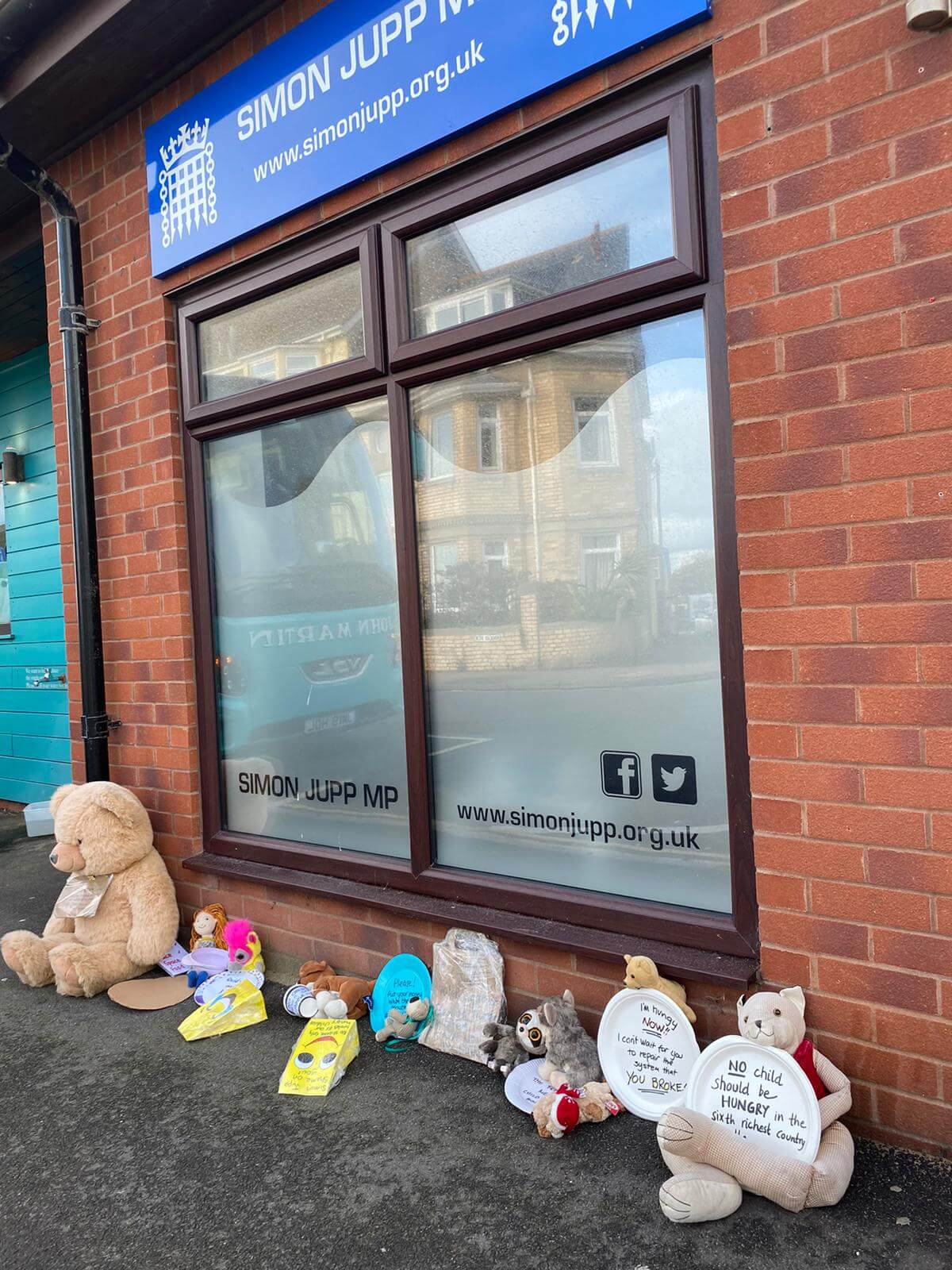 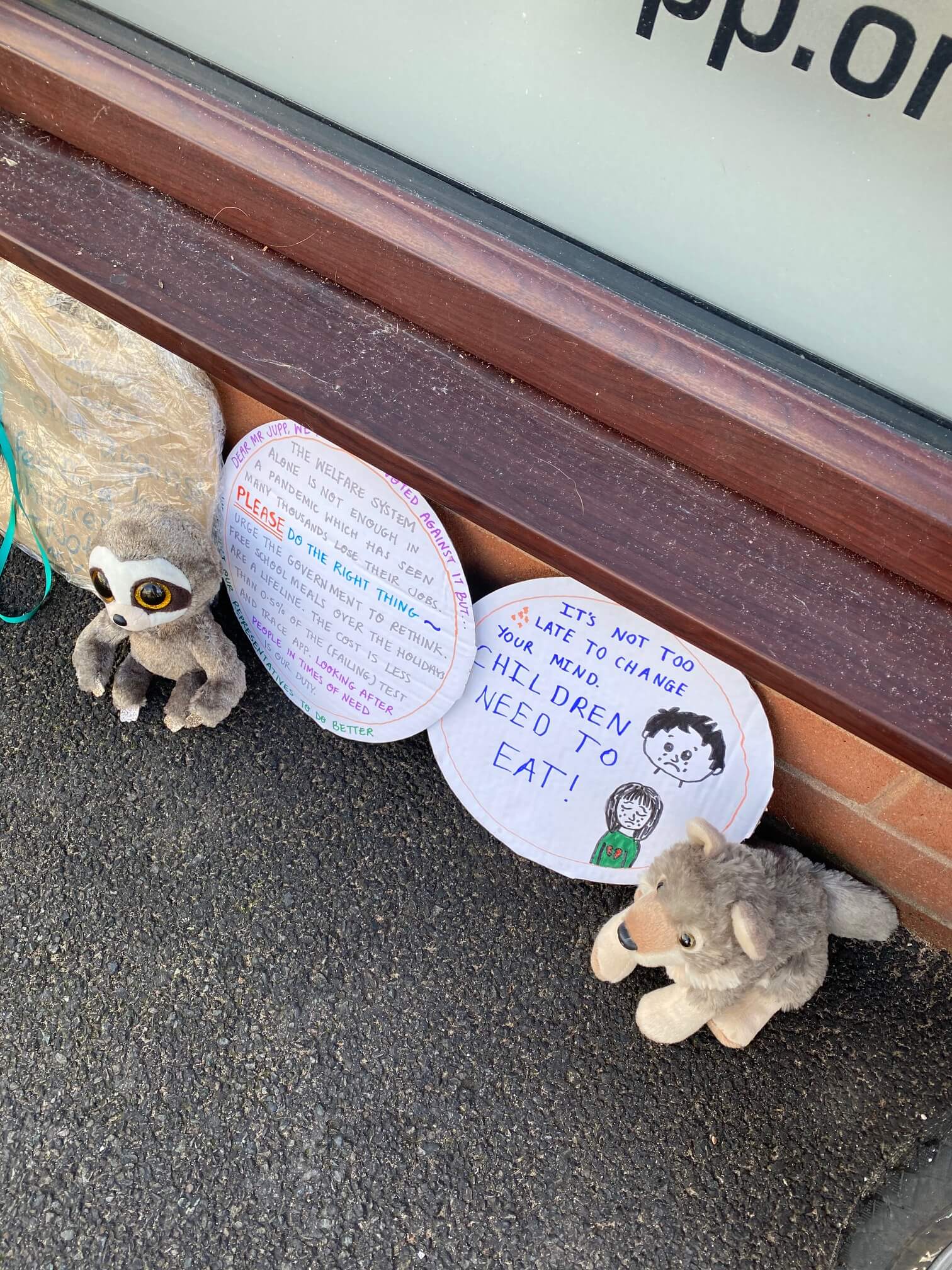 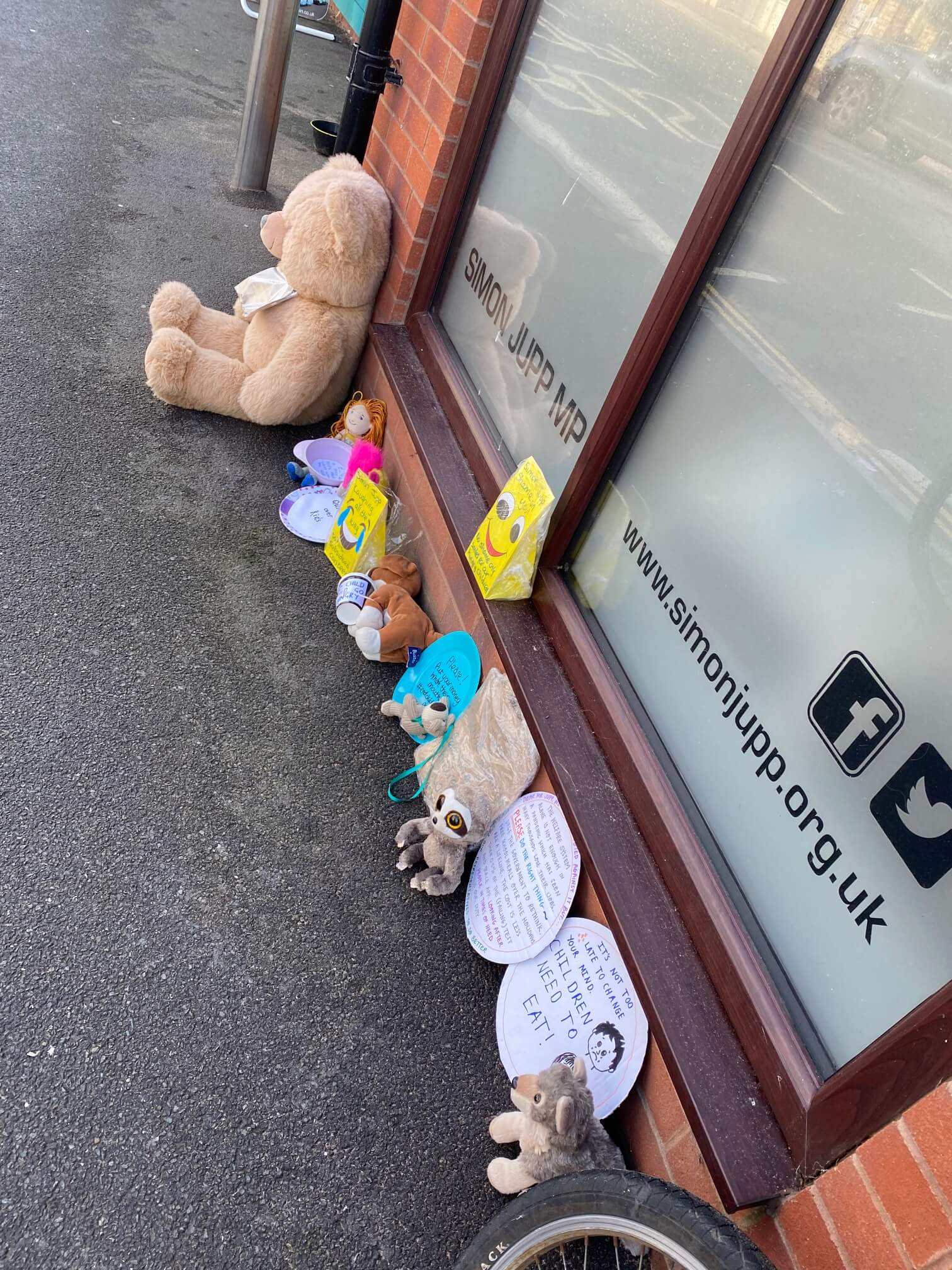 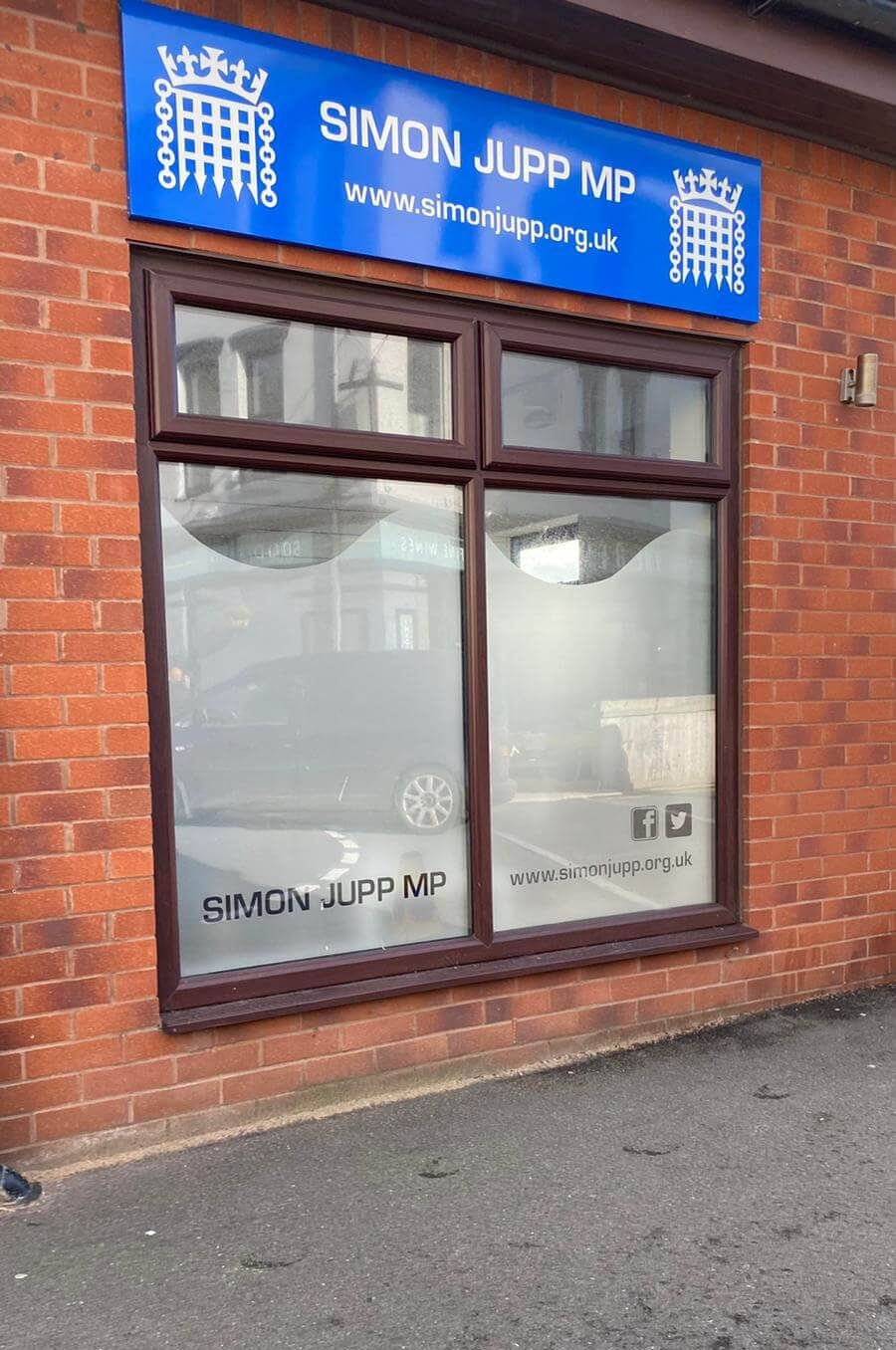 But the items were removed ‘without any explanation’.

“Children should not be going to bed hungry in one of the richest countries in the world and we should be ashamed to be relying on charities, businesses and celebrities to bridge the gap.

“We are looking for other ways to publicly protest this decision.”

Rosie, whose children are aged 11 and six, added:  “We don’t qualify for free school meals, but having previously been a primary school teacher for 15 years I’ve seen the effects of hunger on young children up close and just how essential free school meals and fresh fruit daily were to the health, wellbeing and educational achievement of the children in my care.”

She asked Mr Jupp on Twitter: “A peaceful, non-disruptive protest against the free school meals decision has been removed from outside the constituency office. What do you want me to tell my daughter?”

A spokesperson for Mr Jupp told East Devon News today: “Items left outside the constituency office in Exmouth can be claimed by contacting the office.”

Asked why it was deemed necessary to remove the teddies and paper plates from outside the premises, the East Devon MP’s office did not respond.

@simonjamesjupp a peaceful, non-disruptive protest against the free school meals decision has been removed from outside the constituency office. What do you want me to tell my daughter? #FreeSchoolMeals CC @exmouthjournal @DanWilsonLabour pic.twitter.com/YtviWE6A95

The Government had previously extended free school meals to eligible children during the Easter holidays and, after Mr Rashford’s campaigning, did the same for the summer.

But it has refused to do so again.

A bid tabled by Labour to give each disadvantaged child a £15 a week food voucher was defeated by a majority of 61 with 322 votes to 261.

Mr Jupp claimed the vote was ‘more about Labour party lines than actually helping anyone’.

“Tackling child poverty is a challenge and I am determined to ensure families in East Devon get the support they need,” he said.

“I believe the best way to do that is through the welfare system, rather than through schools.

“No child should go hungry, and a great deal of work and investment is going into helping families keep food on the table.”

He also pointed to Whitehall bolstering the ‘welfare safety net’ with an extra £9.3billion this financial year.

Mr Jupp added: “It is important to remember that free school meals are not a general welfare measure.

“They are aimed at providing healthy meals for children in school to ensure disadvantaged students can learn to the best of their ability.

“Fundamentally, it shouldn’t be up to schools to provide meals for children indefinitely during the holidays and it’s right that we use the tools in place to help parents put food on the table.

“Struggling families need more individual support than the sticking plaster debated and I’d urge any family in this position in East Devon to contact me if they do.

“I promise to help them access available support packages and won’t hesitate to highlight any issues with the Department for Work and Pensions.”