Friday, January 15
Trending
You are at:Home»News»Honiton»Friends gather to launch commemorative booklet to celebrate 160th anniversary of train line through Honiton

Celebrations were this week held in Honiton to mark the 160th anniversary of the railway through the town.

The Friends of Honiton Station on Tuesday marked the occasion with a display of photographs and a commemorative booklet.

The commemorations were held on October 20, after the coronavirus lockdown postponed celebrations planned for the July anniversary.

The display of photographs can be seen in the station waiting room, and includes several images from the extensive collection held by Allhallows Museum in Honiton, including a picture taken of the front of the station in 1907. 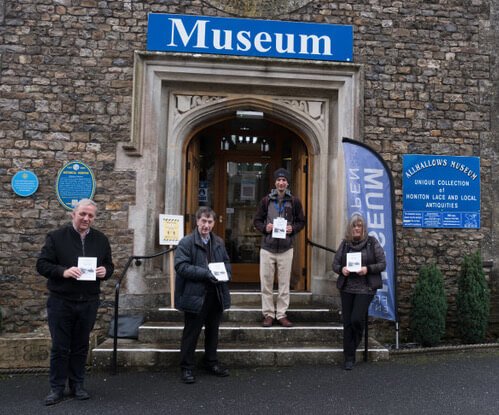 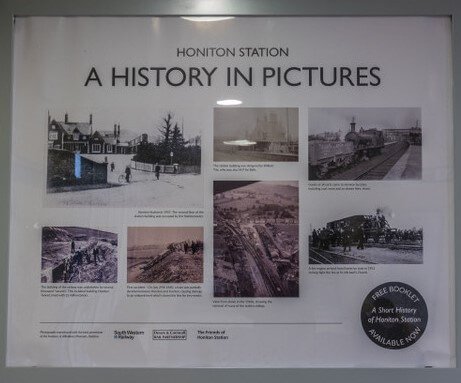 The photo display is in the station waiting room.

The illustrated booklet tells the story of Honiton Station, beginning in 1851 when residents signed a petition demanding the mayor call a public meeting to campaign for a railway line through the town.

The commemorative booklet, researched and written by The Friends of Honiton Station chairman, Martin Long, was funded by the Devon and Cornwall Rail Partnership and South Western Railway, who now operate the line

Copies of the free booklet were presented to the curator of Allhallows Museum, Margaret Lewis. They are now available from the museum shop on Tuesdays and Saturdays from 10am-2pm. 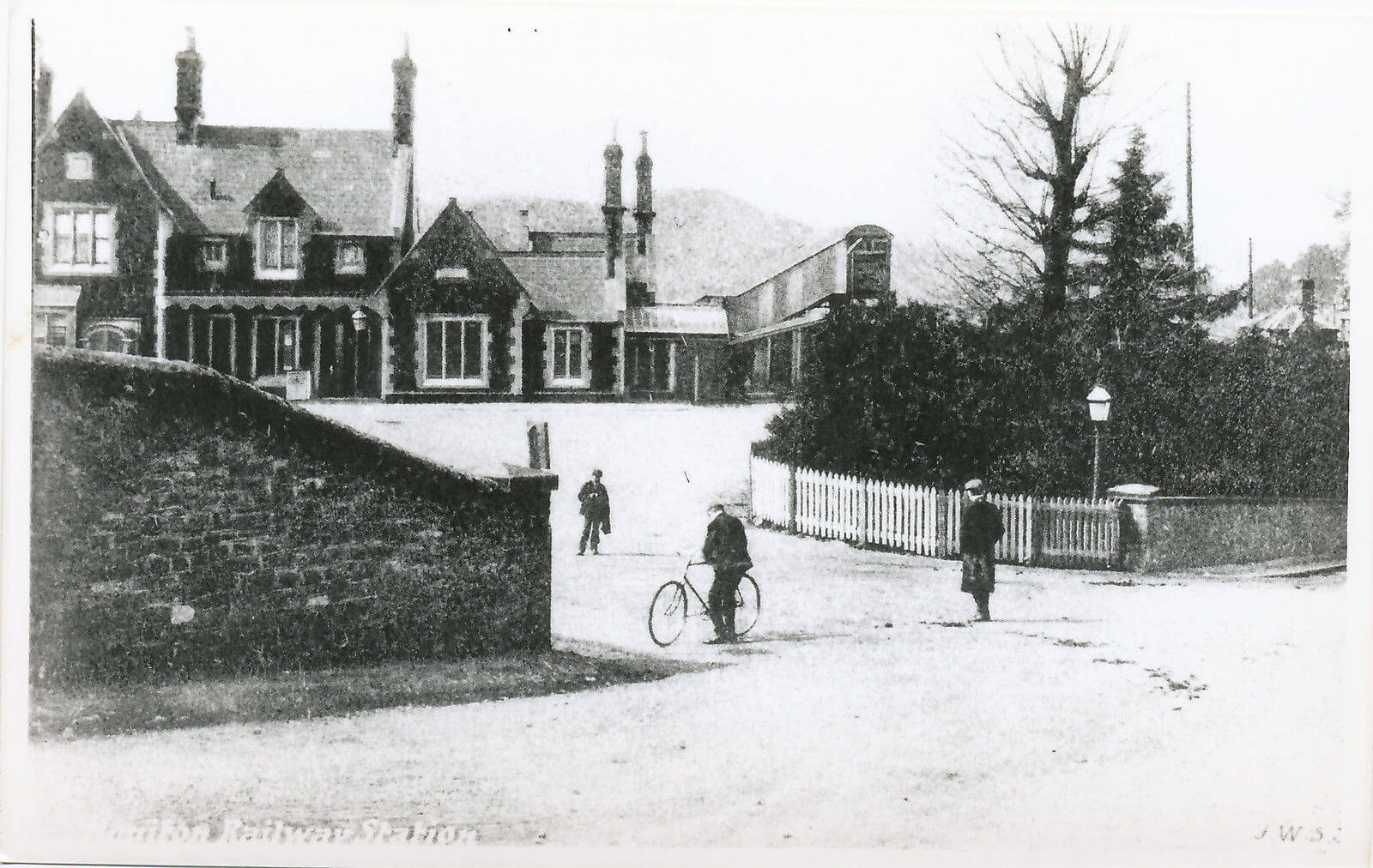 A view of Honiton Station in 1907.
Photo from Allhallows Museum by permission of the trustees.

Mr Long said: “I hope that many local people will collect a copy of the booklet, and read all about their station.

“It has a long and fascinating history, as well as an exciting future if plans for a new twice-hourly service to Exeter ever come to fruition.

“We are grateful to everyone who has supported this project to mark the anniversary, including South Western Railway and the Devon and Cornwall Rail Partnership.

“I am especially grateful to Allhallows Museum for giving me access to their archives, and for making these booklets available in their shop.”

He added: “Hopefully, lots of people will visit the museum shop and help keep this amazing local resource going at what is an incredibly difficult time for them.”

Andy Harrrowell, SWR community rail manager, said: “While it has been a hard year for our station adopters, it’s been lovely to see the Friends of Honiton use the time constructively to progress the work on this booklet, as well as setting up a newsletter to keep its members informed and a website to promote themselves further in the area.

“We are sure that our passengers and the local community will enjoy learning more about the station through the booklet and the display in our waiting room.”

Dan Wright, from Community Rail Network, which supports and advises station adoption groups such as The Friends of Honiton Station, said: “It’s great to see The Friends of Honiton celebrating and publicising the history of their local station and explaining its importance to the town, not to mention finding a way of using the difficult period of lockdown to progress this valuable project.”

Richard Burningham, Devon and Cornwall Rail Partnership manager, said: “We are delighted to be able to help the Friends of Honiton Station celebrate the 160th anniversary of the opening of the Yeovil to Exeter railway and with it, Honiton station.

“This is a period of many significant local railway anniversaries. In December, it will be five years since Cranbrook Station opened, and next May it will be fifty years since Sidmouth Junction reopened as Feniton, one of the first Beeching closures to be reversed.”

The first train pulled into Honiton on July 18, 1860. As the train arrived through the pouring rain, there was a solar eclipse.

A fortnight later a train derailed near Feniton, causing part of the line to be seriously damaged, which was quickly rebuilt.

One of the ‘greatest’ features of the line through East Devon is the Honiton Tunnel. It cost £70,000 to build (more than £8.5 million today) and is lined with 11 million bricks.

Commemorative booklet author Mr Long said: “The illustrated booklet tells the story of Honiton Station, beginning in 1851 when the townsfolk of Honiton signed a petition demanding that the Mayor call a public meeting to discuss how best to campaign for a railway line through the town.

“Plans had already been drawn up, but they would have led to the railway passing south of Honiton, which would have been left at the end of a short branch line, cut off from a direct route to Exeter or to London.

“The town’s two MPs were dispatched with a small delegation to lobby the railway company to bring the railway through Honiton.”

To find out more about The Friends of Honiton Station, and to read their regular newsletter, see here.