Exeter Chiefs boss Rob Baxter says his emotions were ‘all over the place’ after his side’s thrilling Heineken Champions Cup final victory against Racing 92.

The Sandy Park men were crowned kings of Europe for the first time following a 31-27 success at Ashton Gate that saw the teams share eight tries. 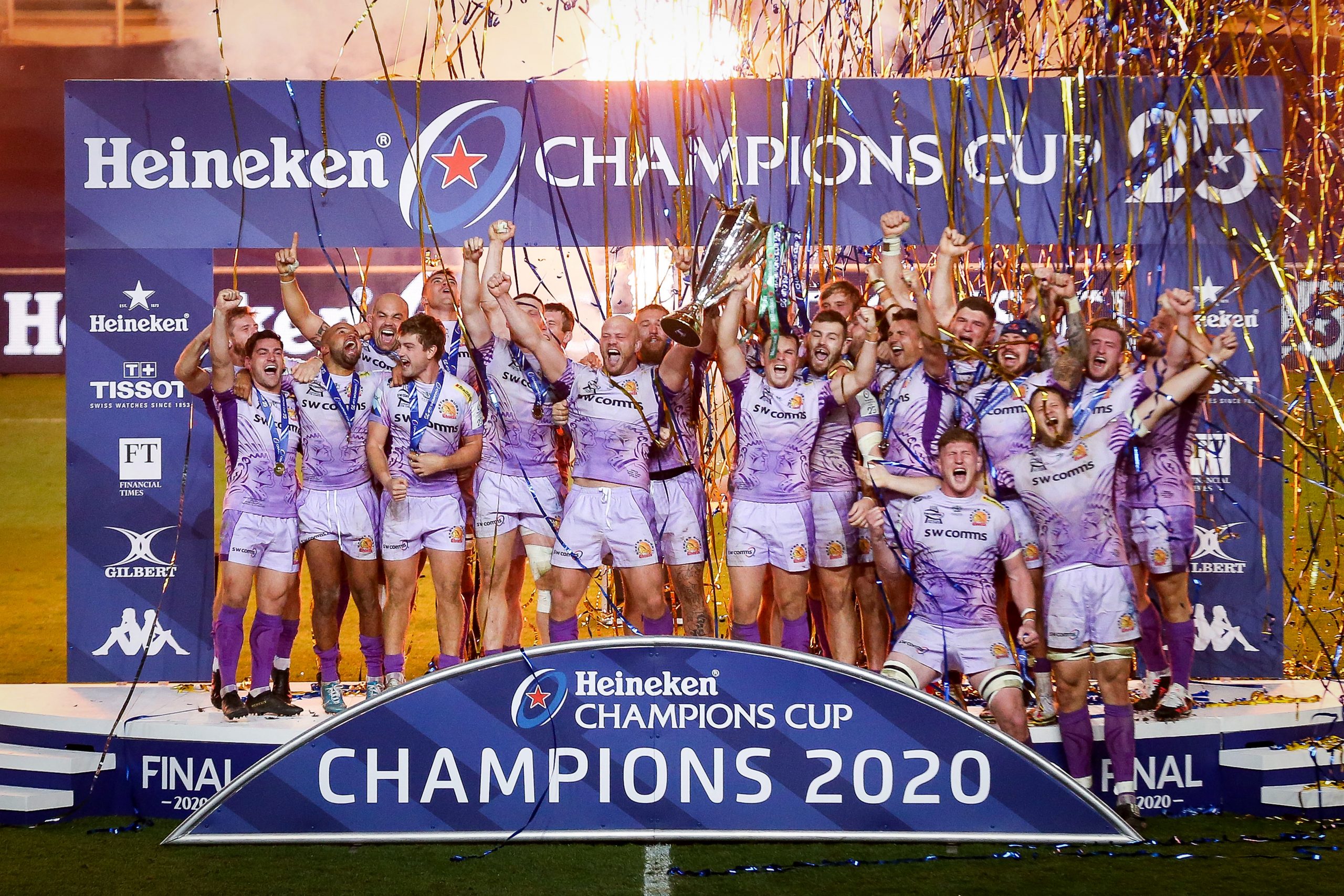 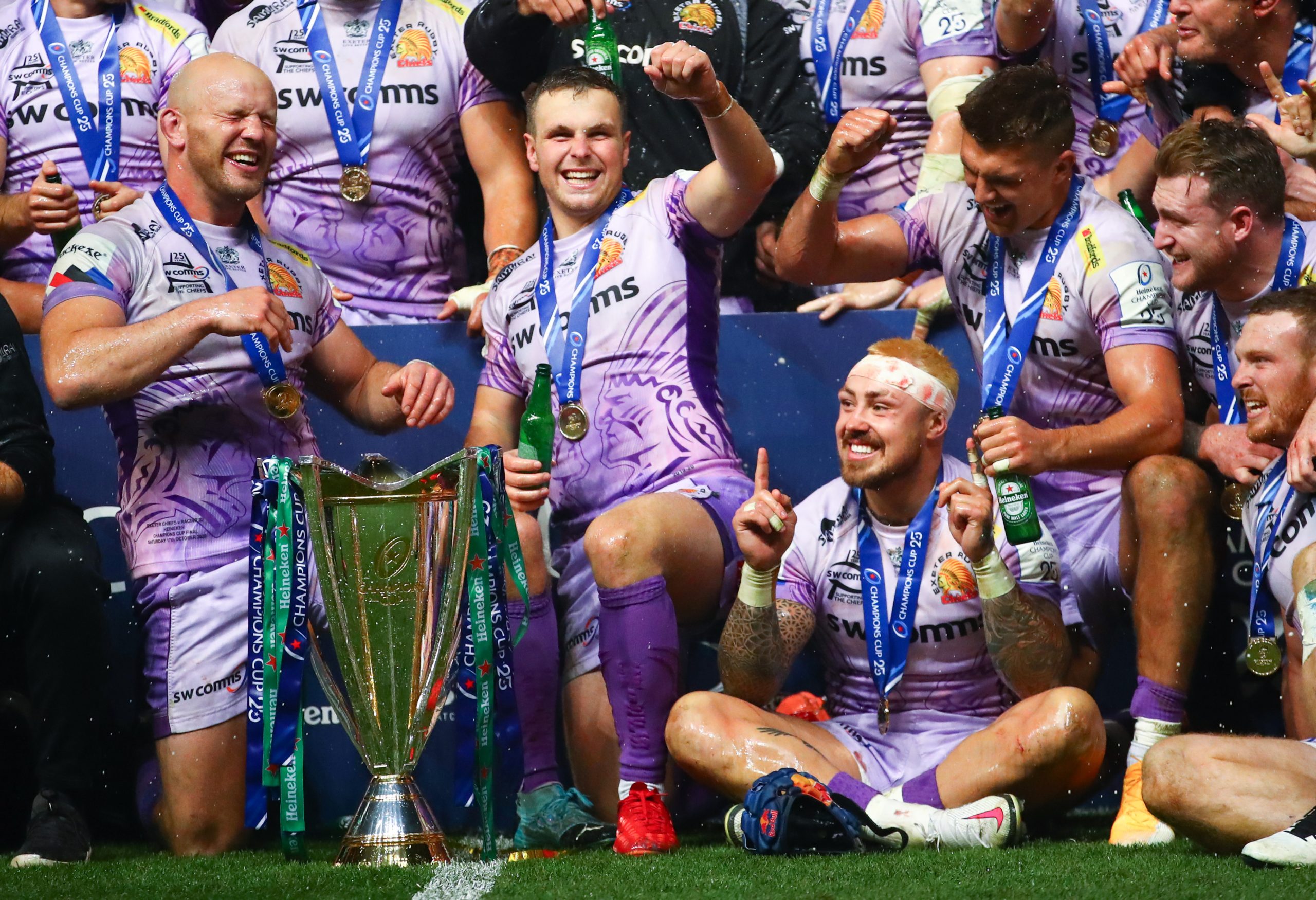 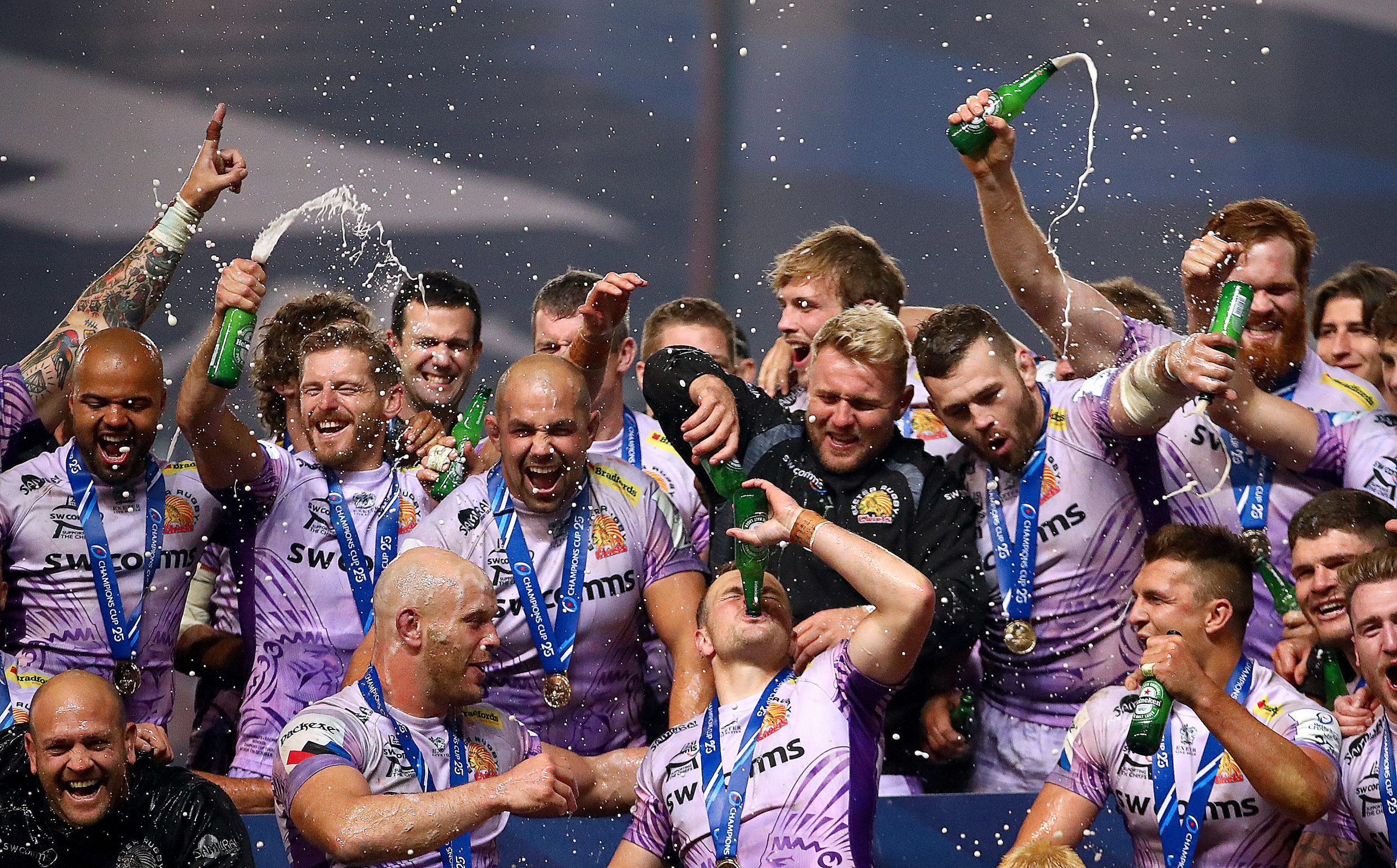 We’ve had our first go at a European semi-final and a final, and we’ve won them both. It is great for this group of players – Rob Baxter

“My emotions are all over the place, really,” said Exeter Chiefs rugby director Baxter. “It was a funny game, wasn’t it?

“It kind of wasn’t an Exeter Chiefs type of game, yet we ended up winning it. We didn’t really piece the game together at all, really.

“In some ways it was some of our poorest attack and poorest defence of the season.

“The occasion itself was a little bit different to some of the other things we have experienced.

“But when we had to, we saw it through. We won the game by four points on the scoreboard, and that is pretty much what people will ever remember in three or four years’ time.

“We’ve had our first go at a European semi-final and a final, and we’ve won them both. It is great for this group of players.”

The Chiefs conquered Europe in only their 10th season as a top-flight team.

They floored the French heavyweights through a combination of irresistible forward power and ruthless finishing.

Joe Simmonds kicked four conversions and a late penalty after prop Tomas Francis had been sin-binned.

Maxime Machenaud added a penalty and conversion and fly-half Finn Russell one conversion. 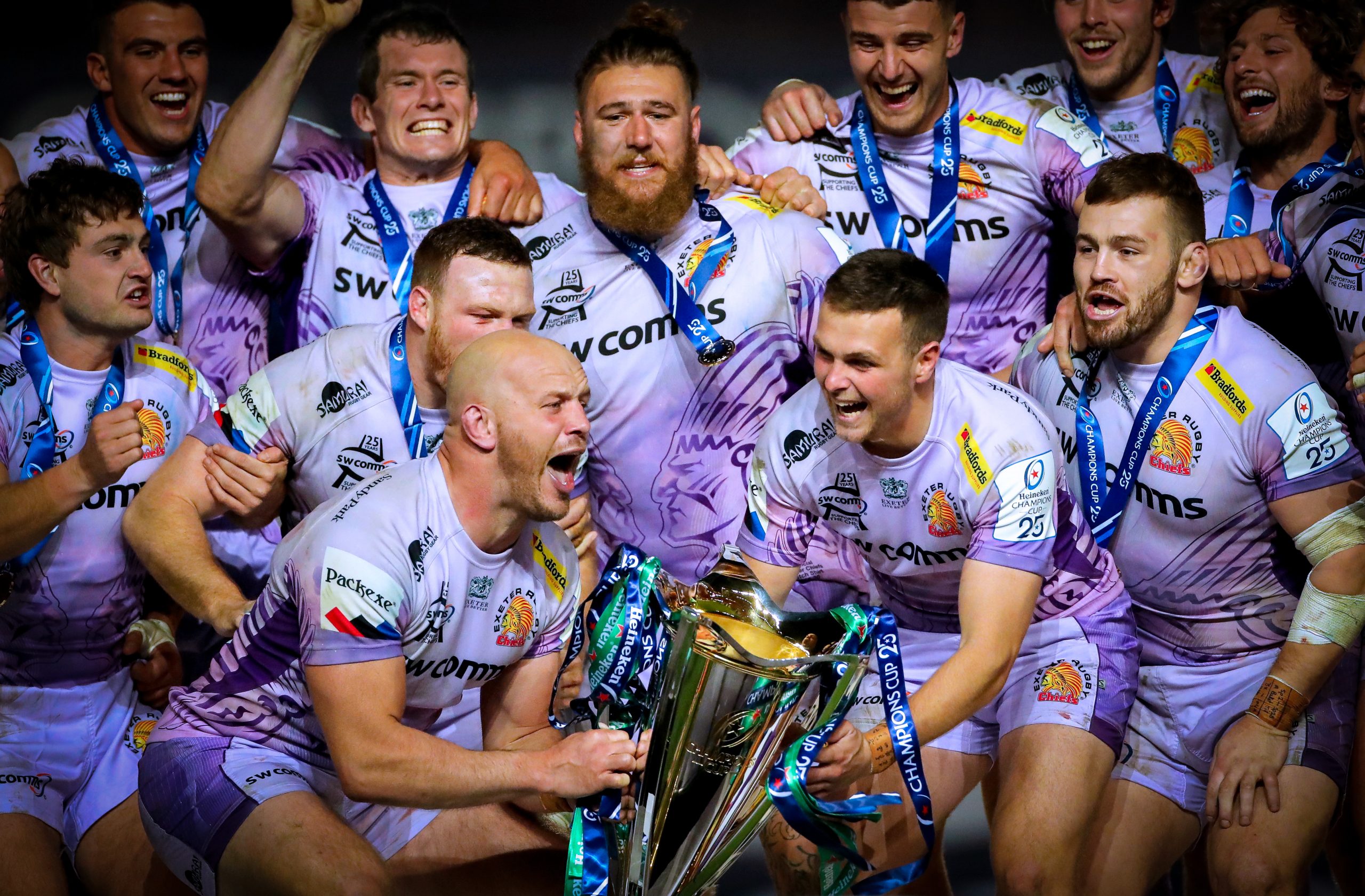 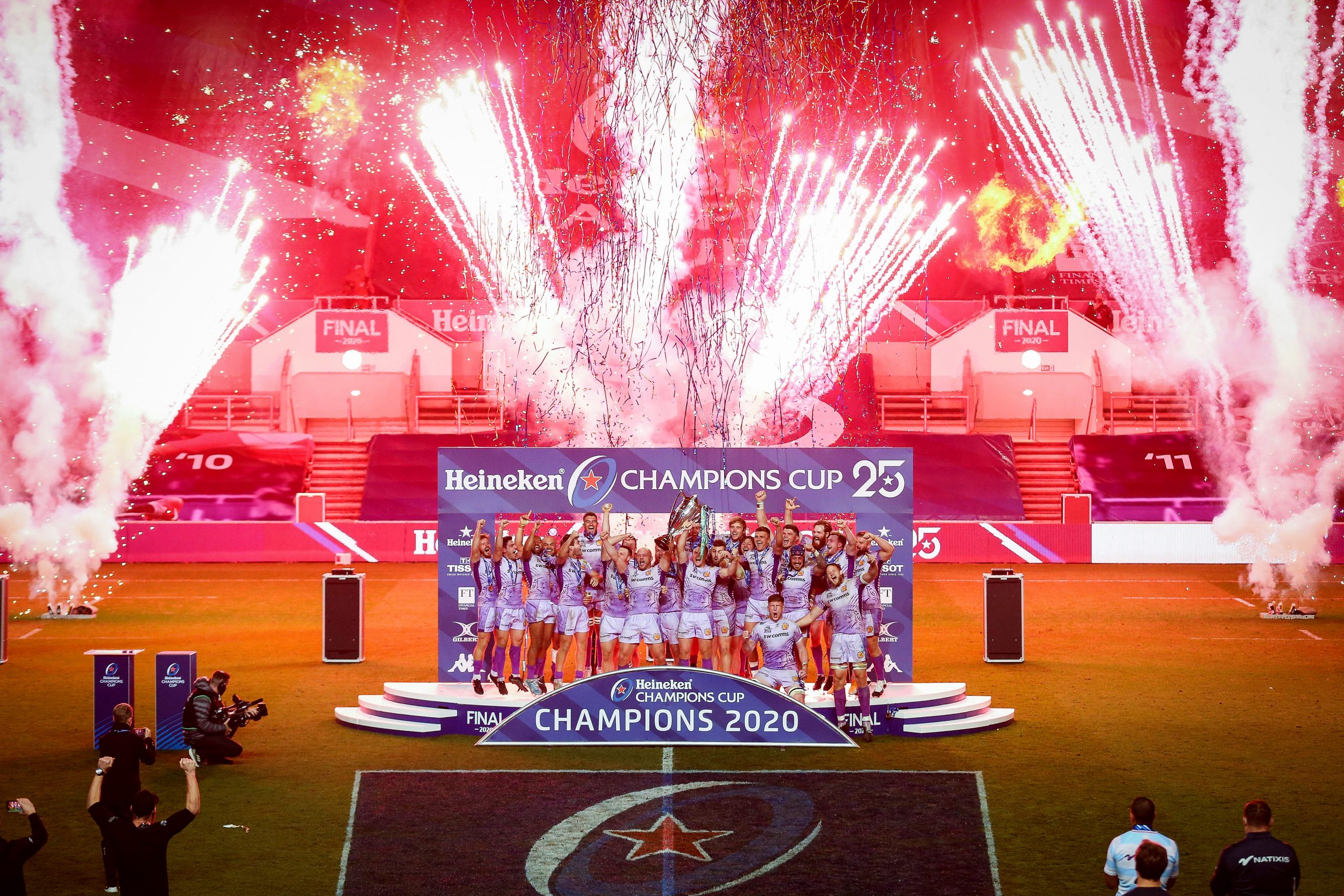 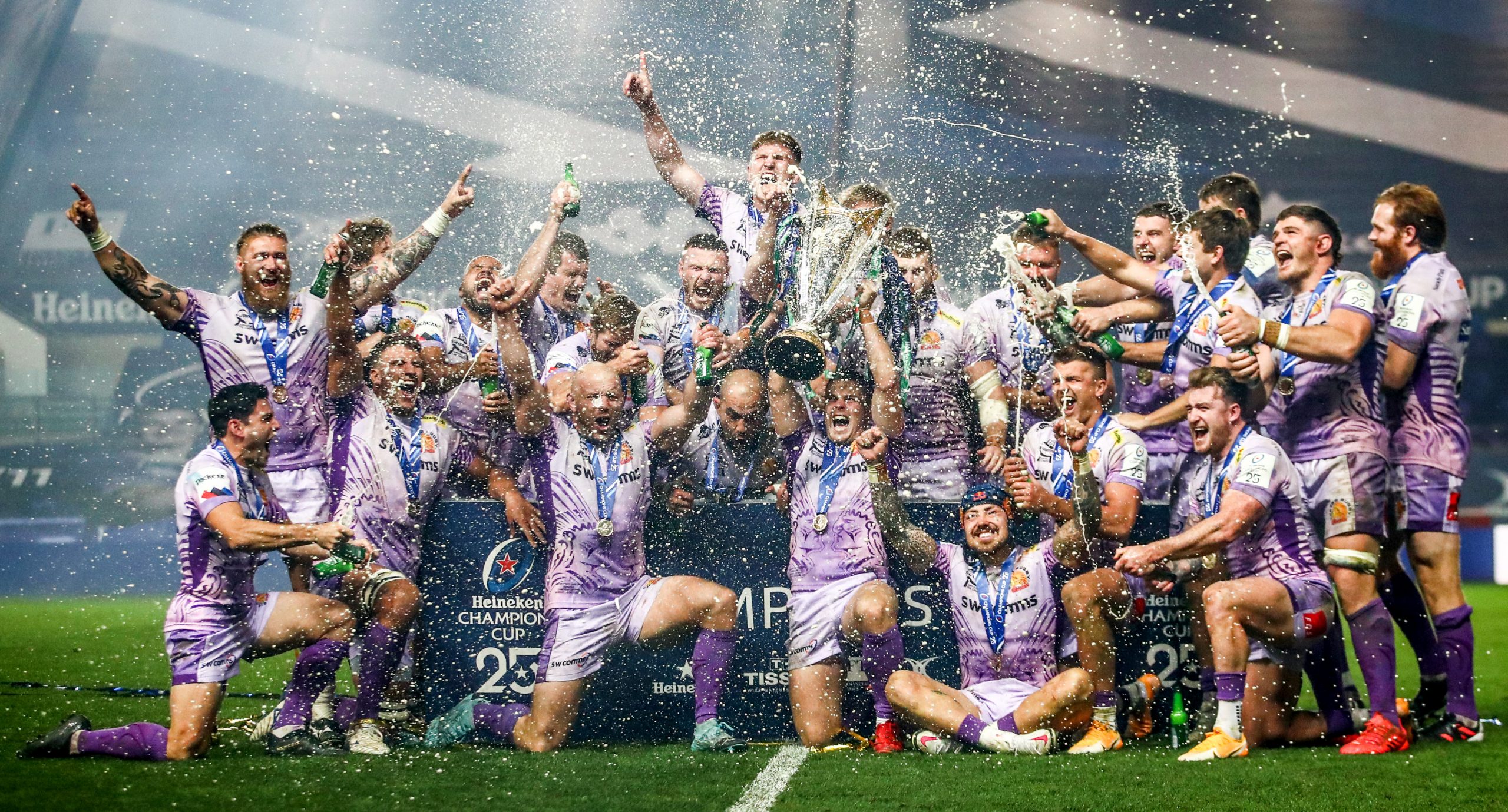 A tearful Baxter called his wife Jo at full-time from the pitch after the behind-closed-doors final.

He added: “I’m a bit all over the place.

“I told her I would definitely be home tonight! She was pretty emotional, and it made me a bit emotional.

“We have been together a long time – my whole career – and she has seen the highs and lows. It was a special couple of minutes.

“To start with she was just screaming at me in emotional joy, and then we managed to have a few words and talked about the journey and it was a nice few minutes.” 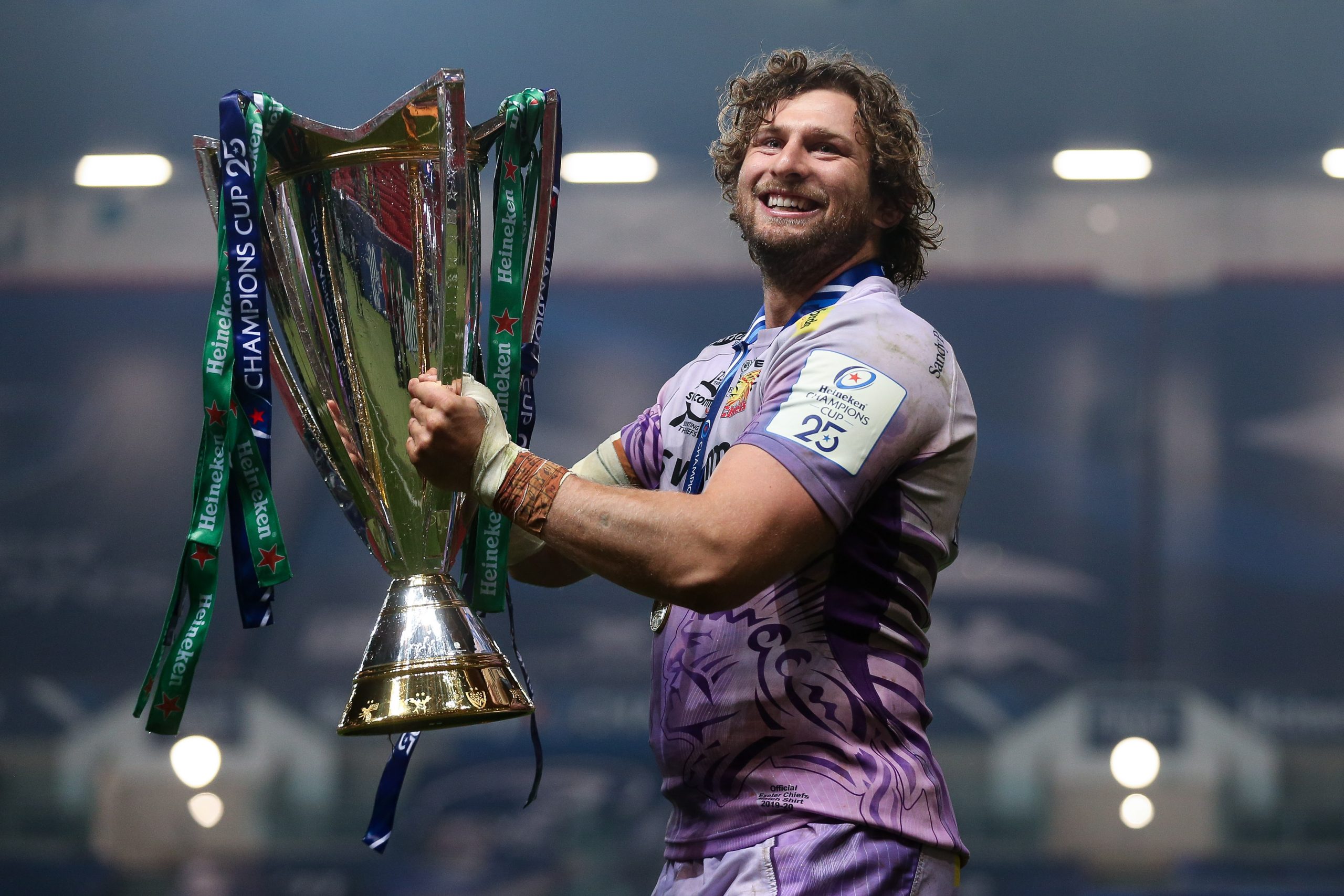 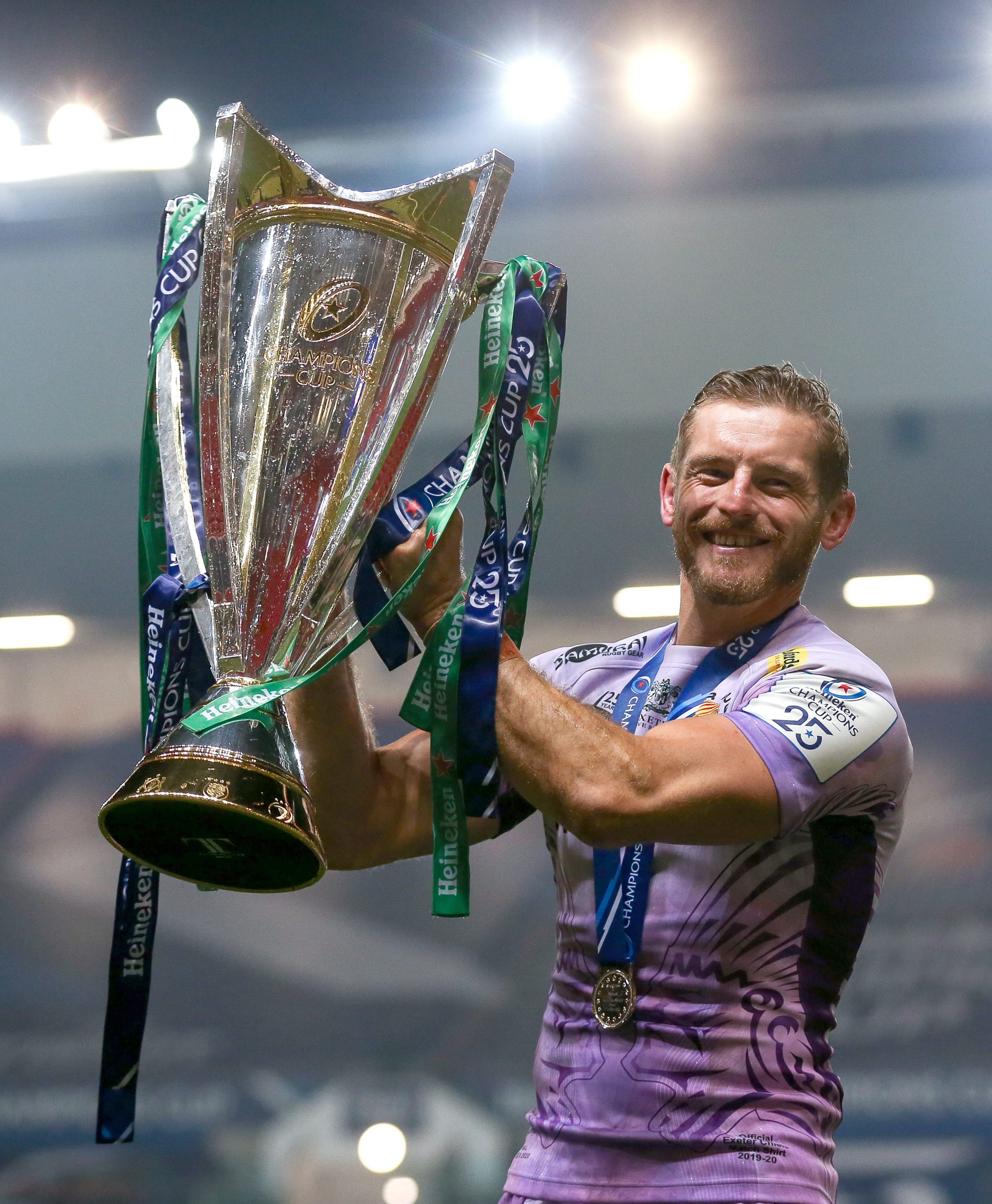 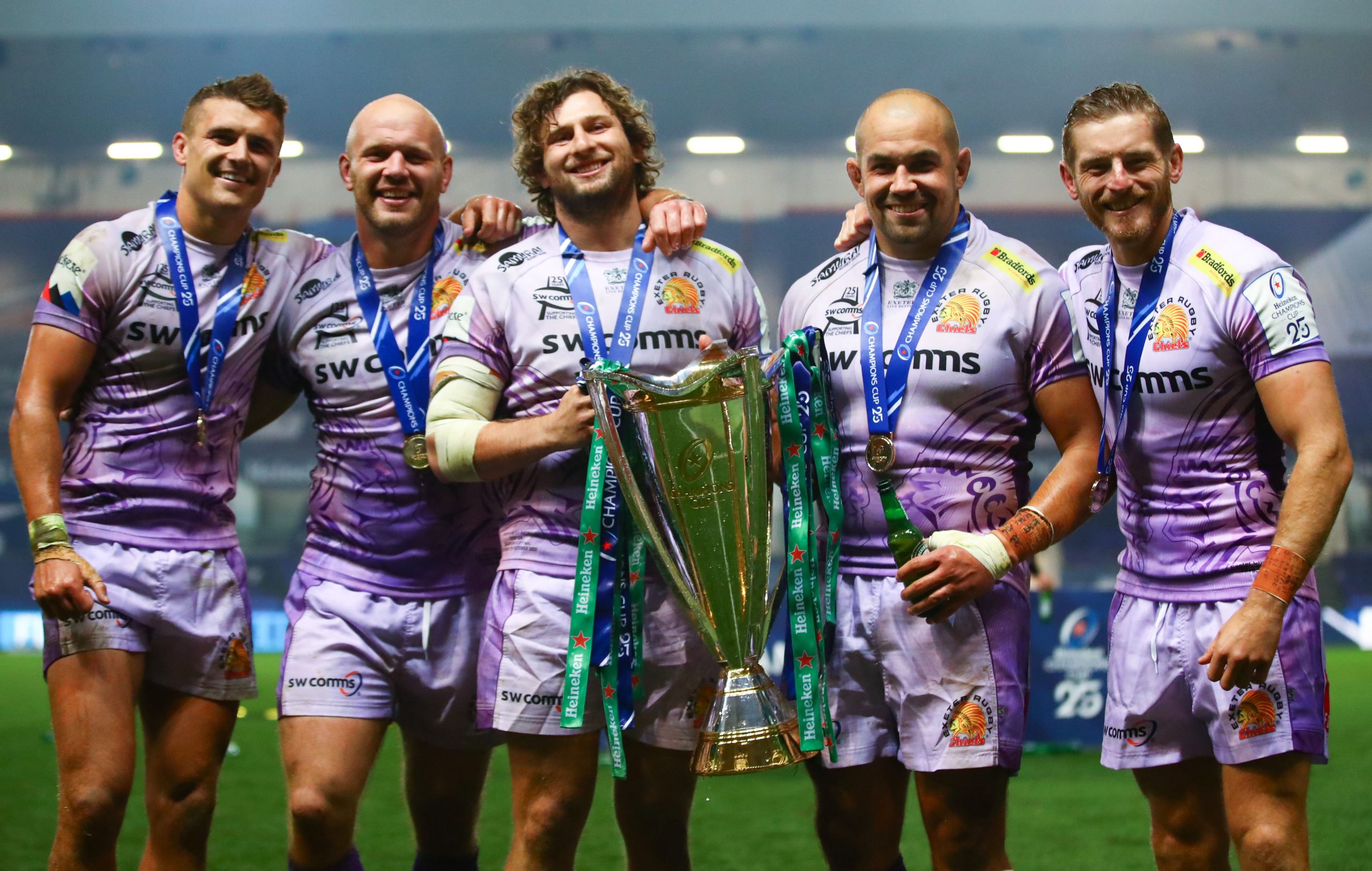 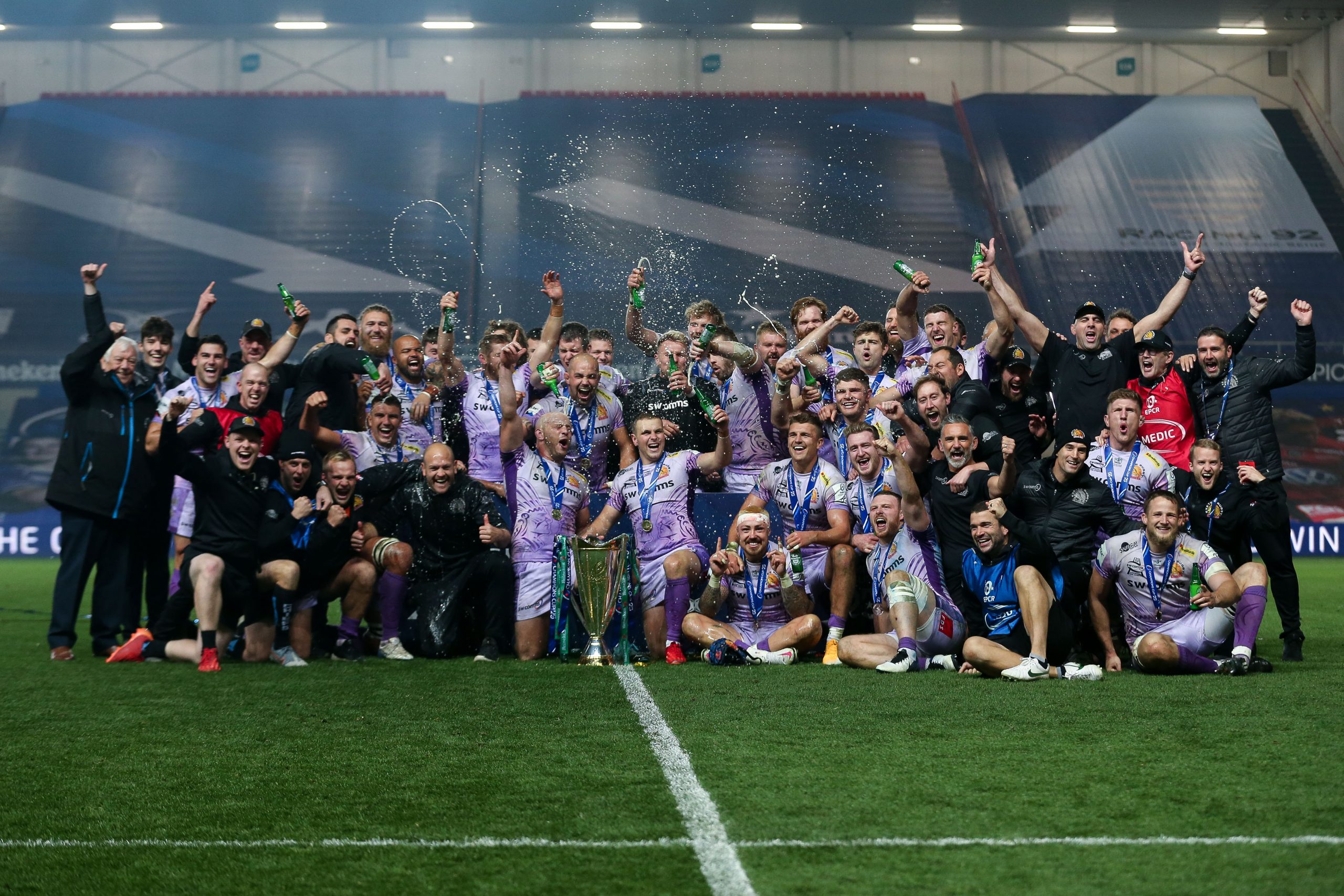 Exeter will complete a domestic and European double – a feat achieved by only three other English clubs – if they beat Wasps in next Saturday’s Gallagher Premiership title showdown.

The Chiefs have lost three of the last four Premiership finals, but they are now 80 minutes away from cleaning up in England and Europe this season. 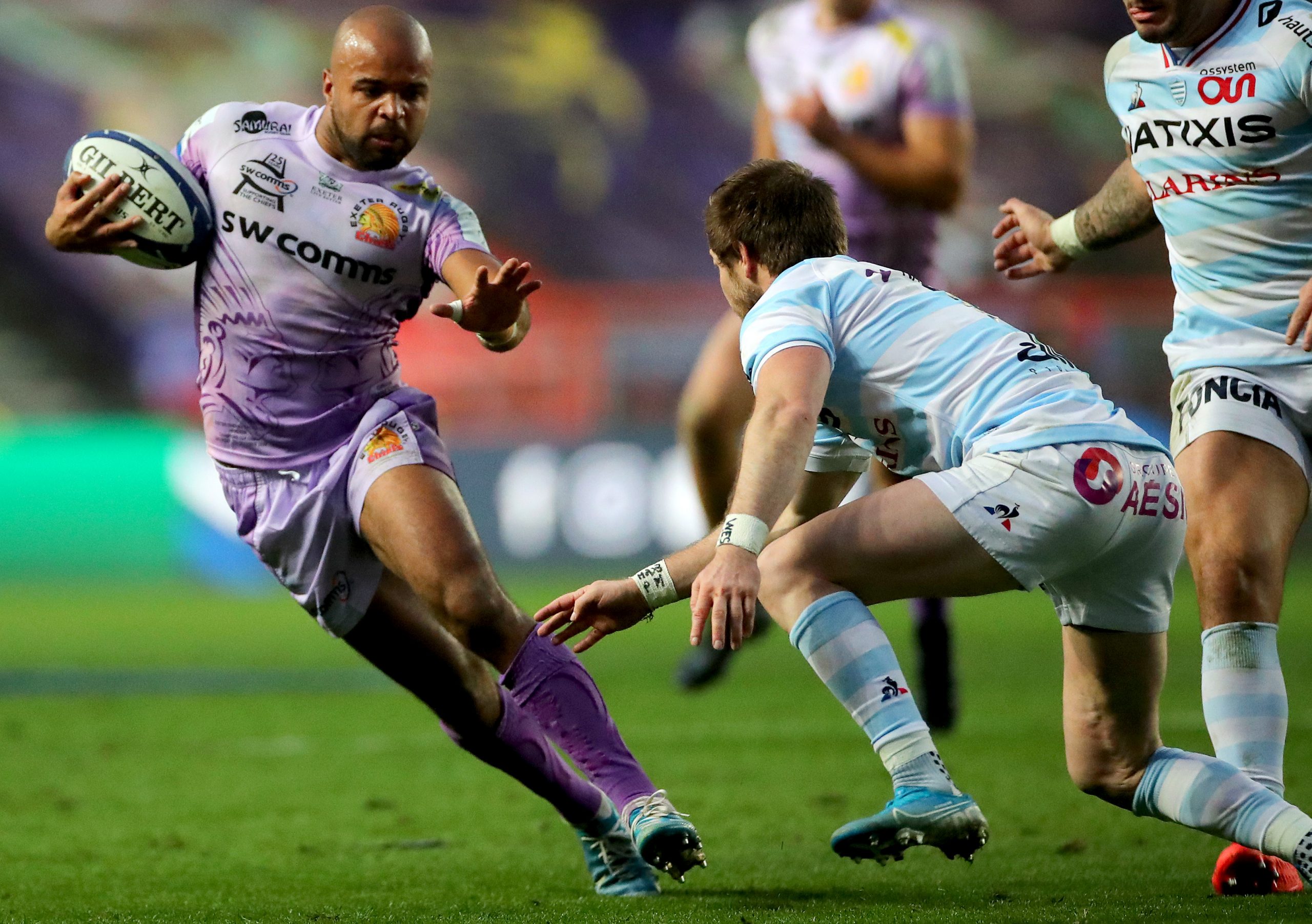 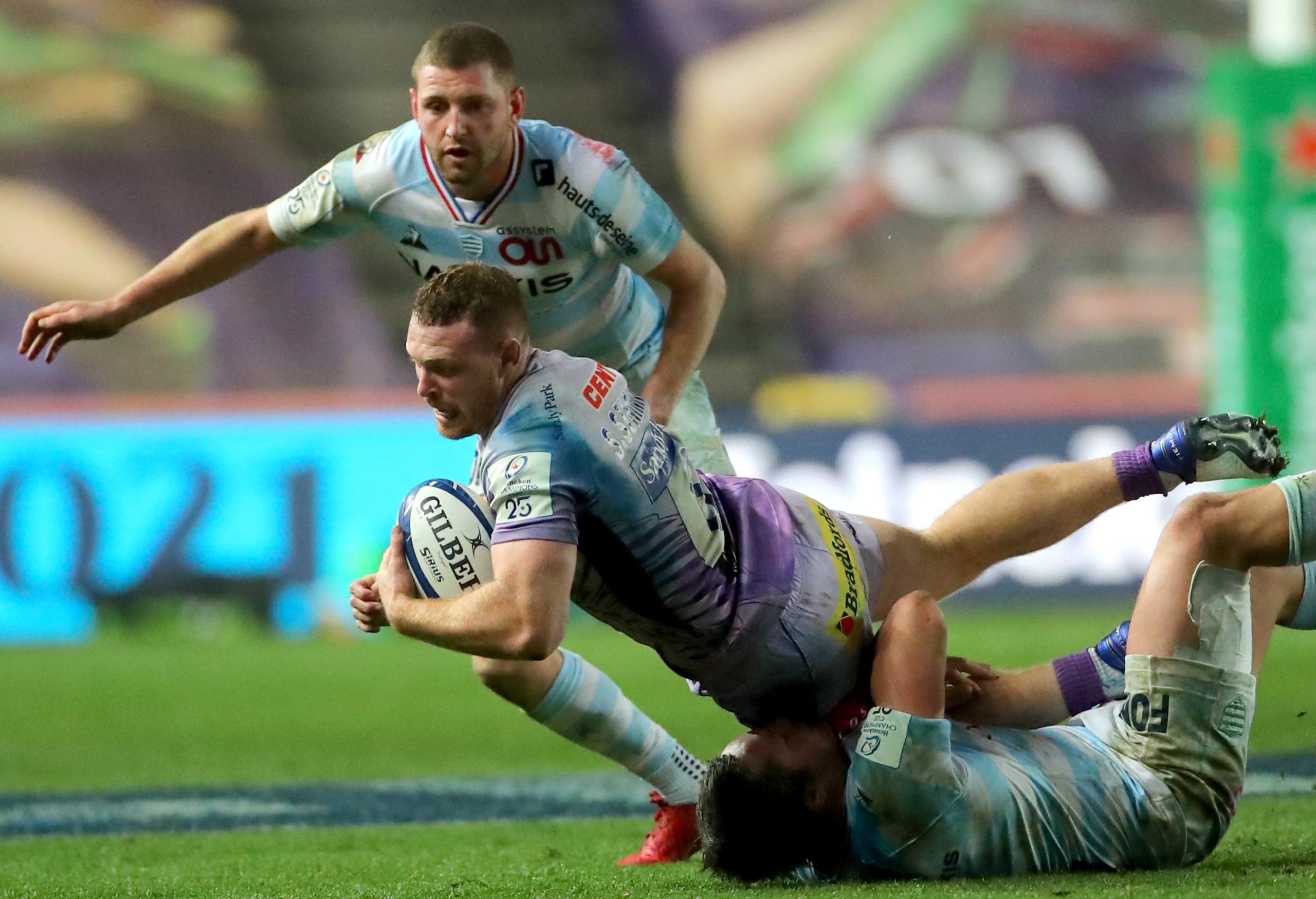 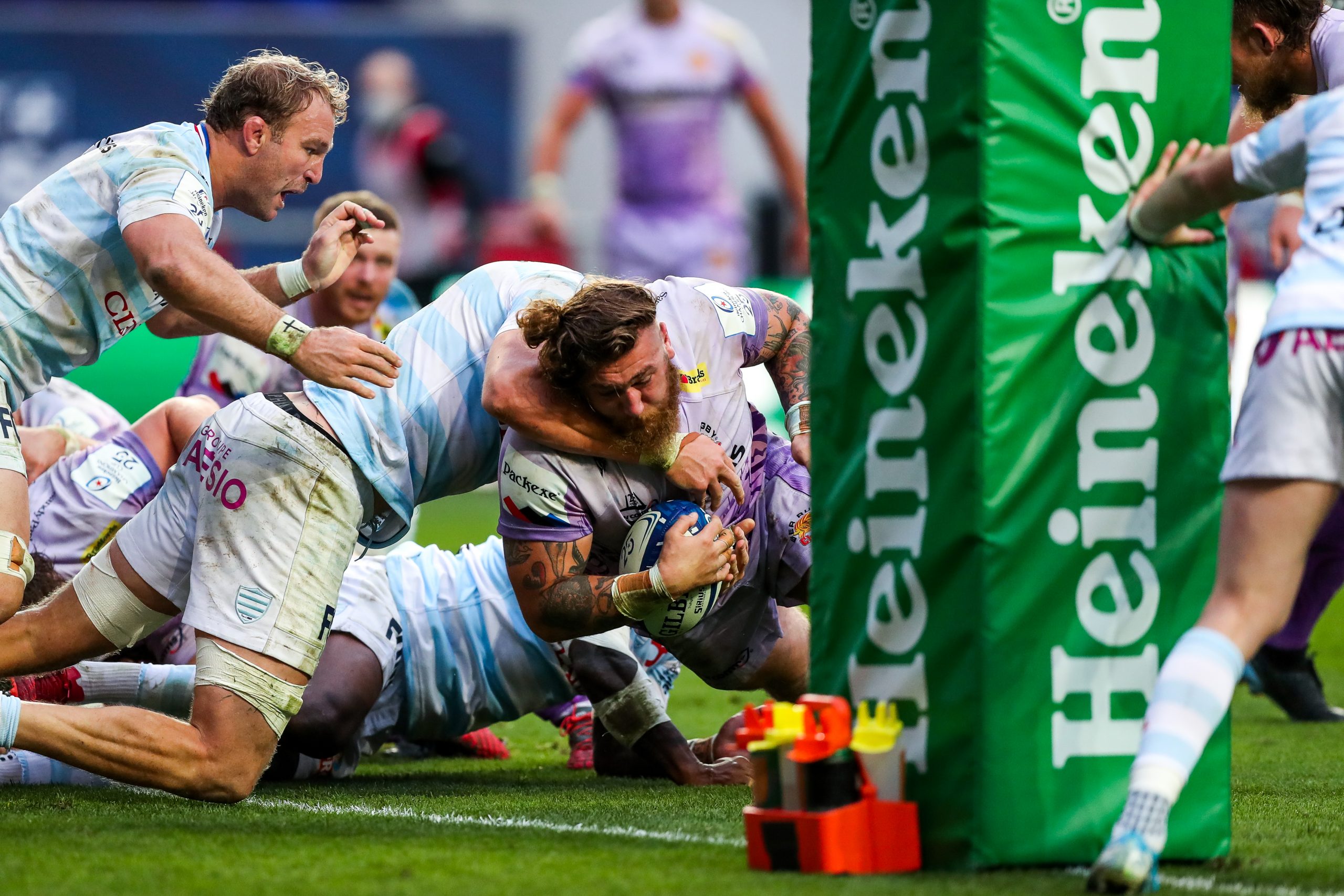 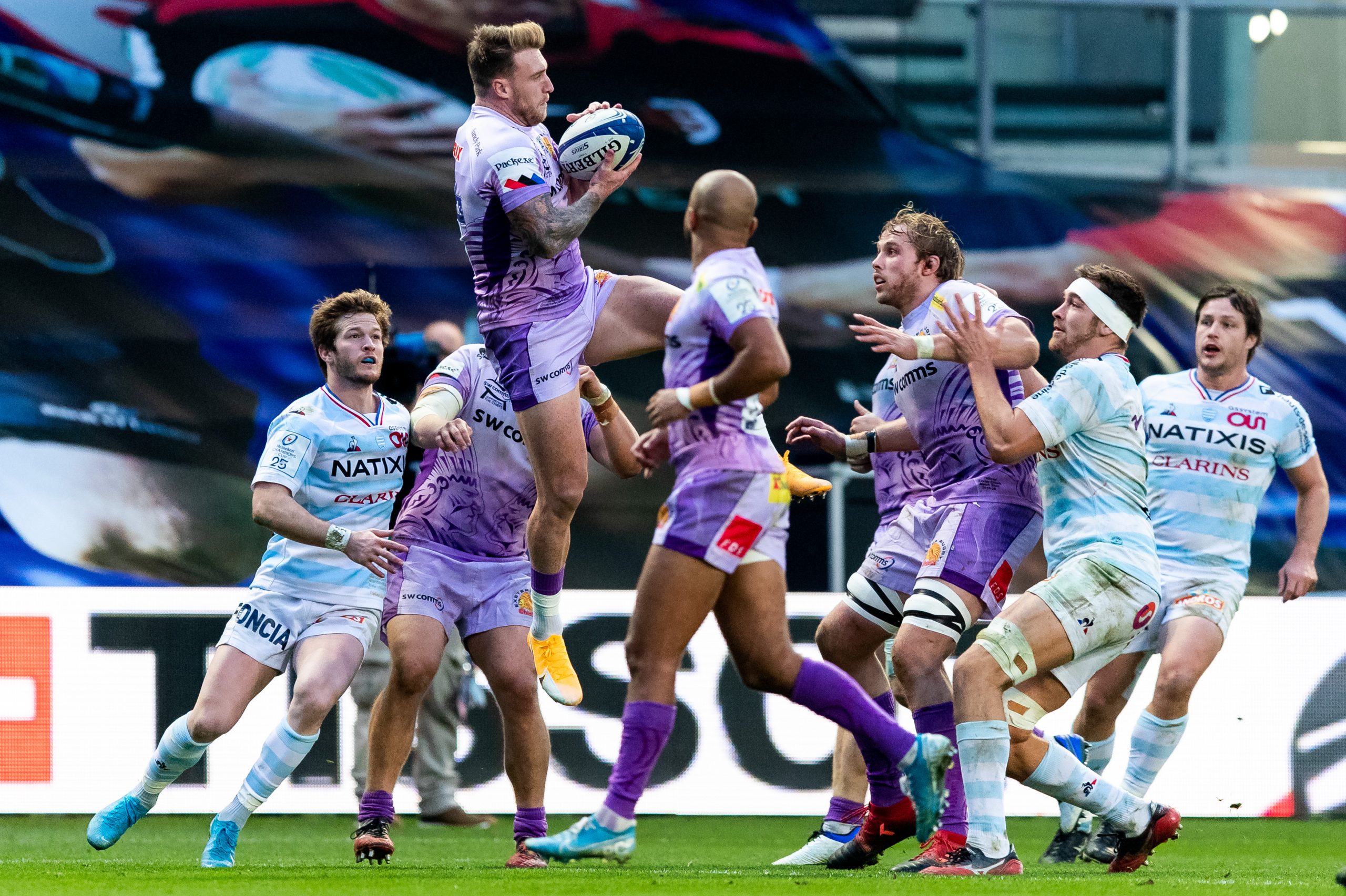 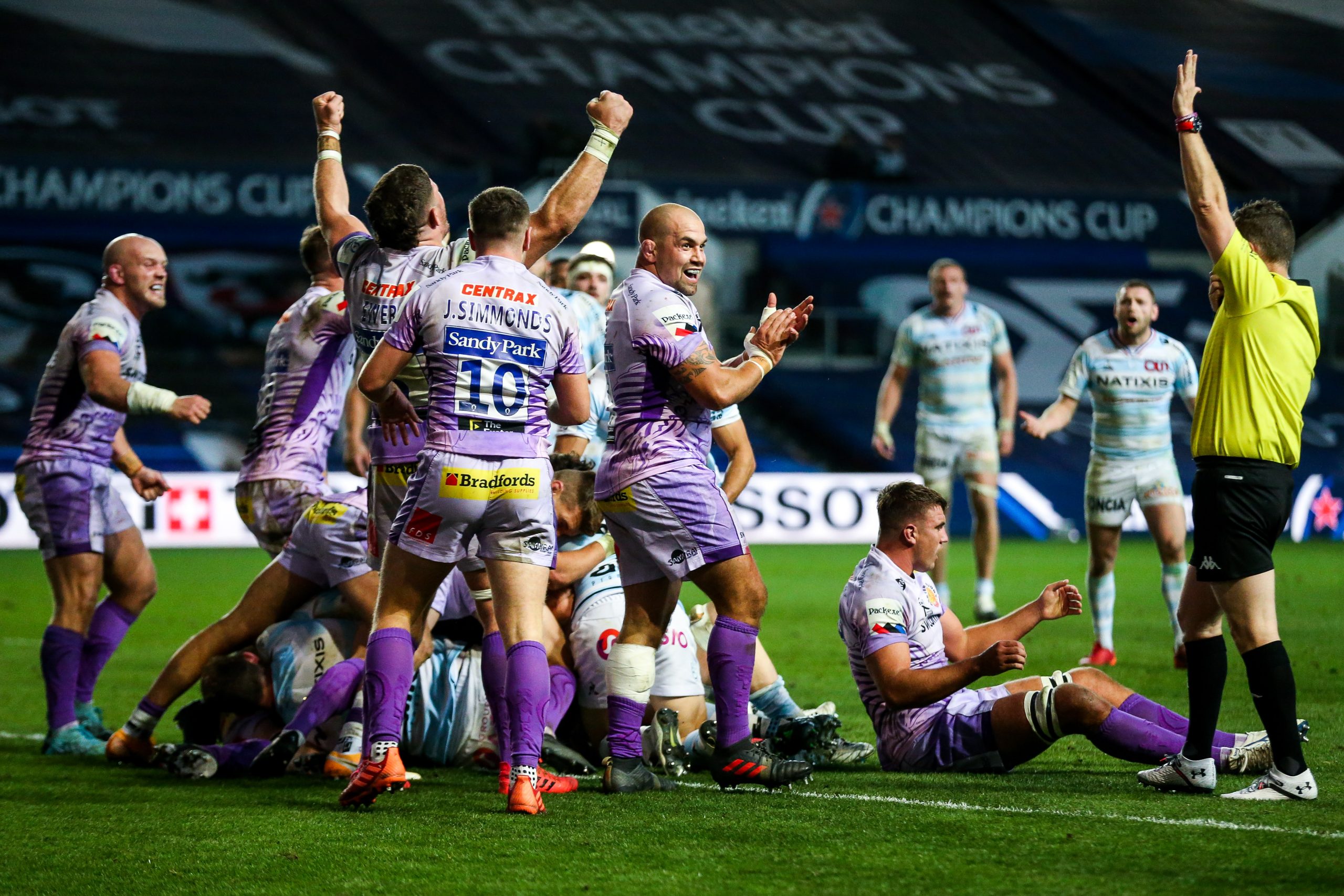 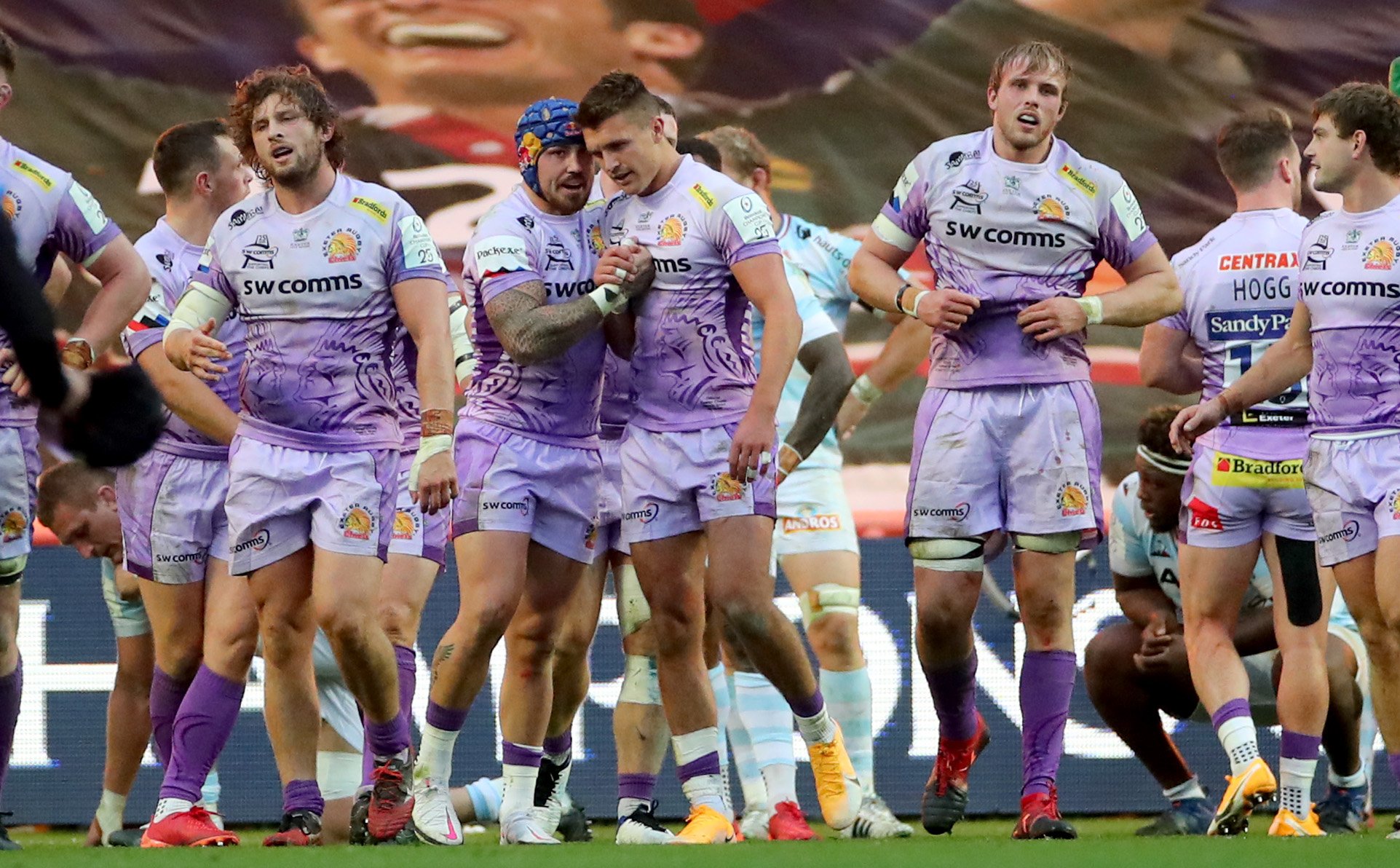 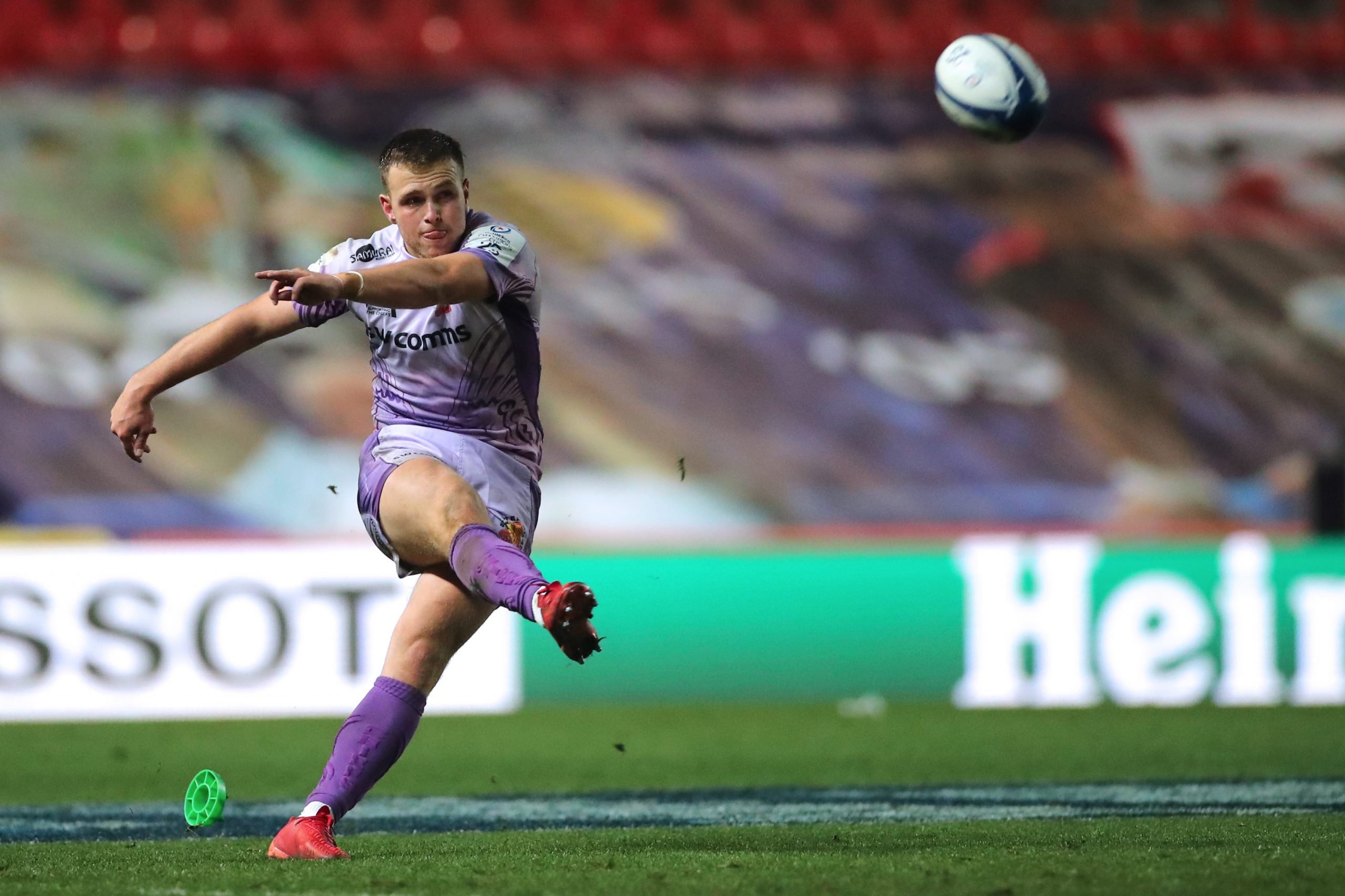 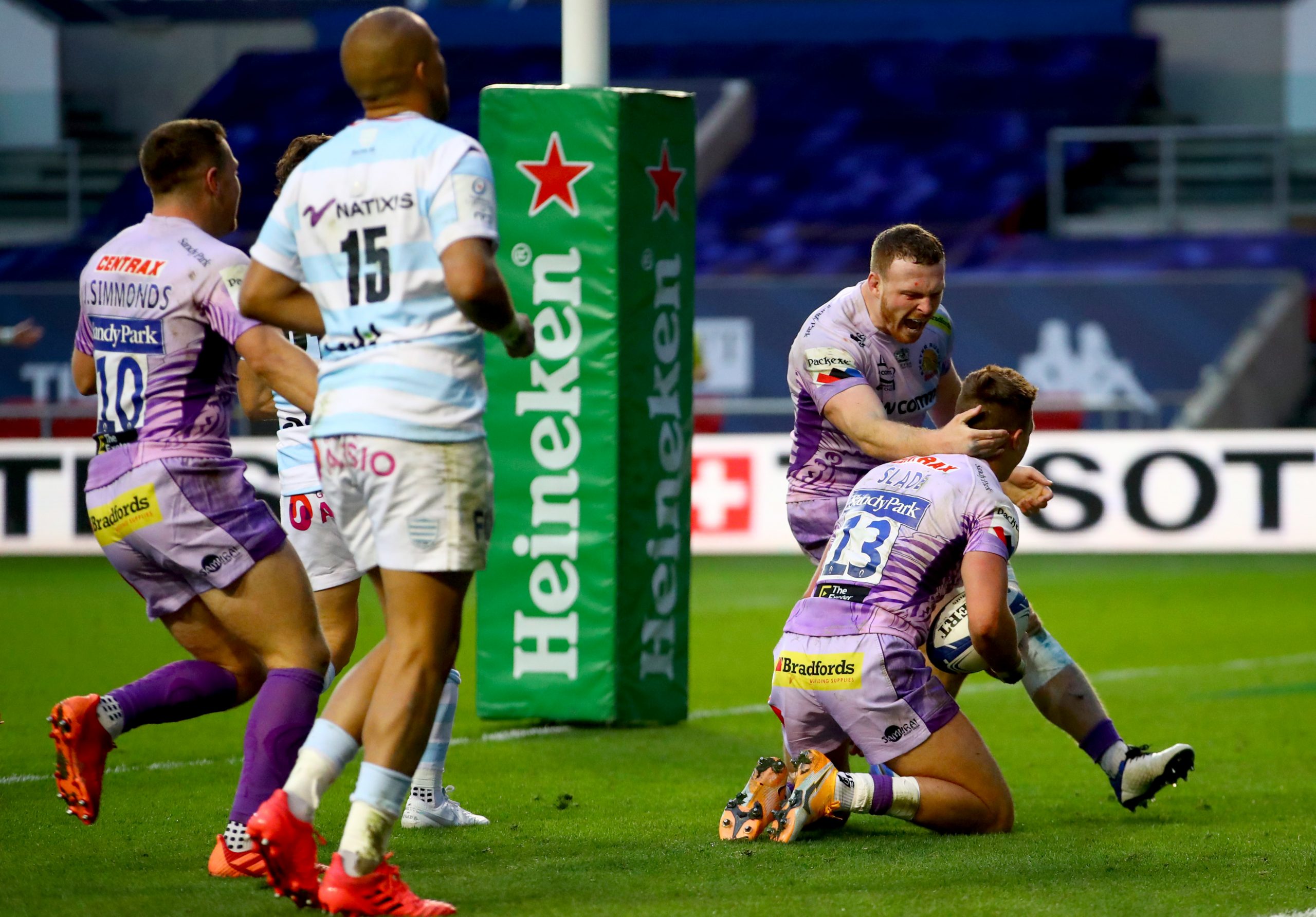 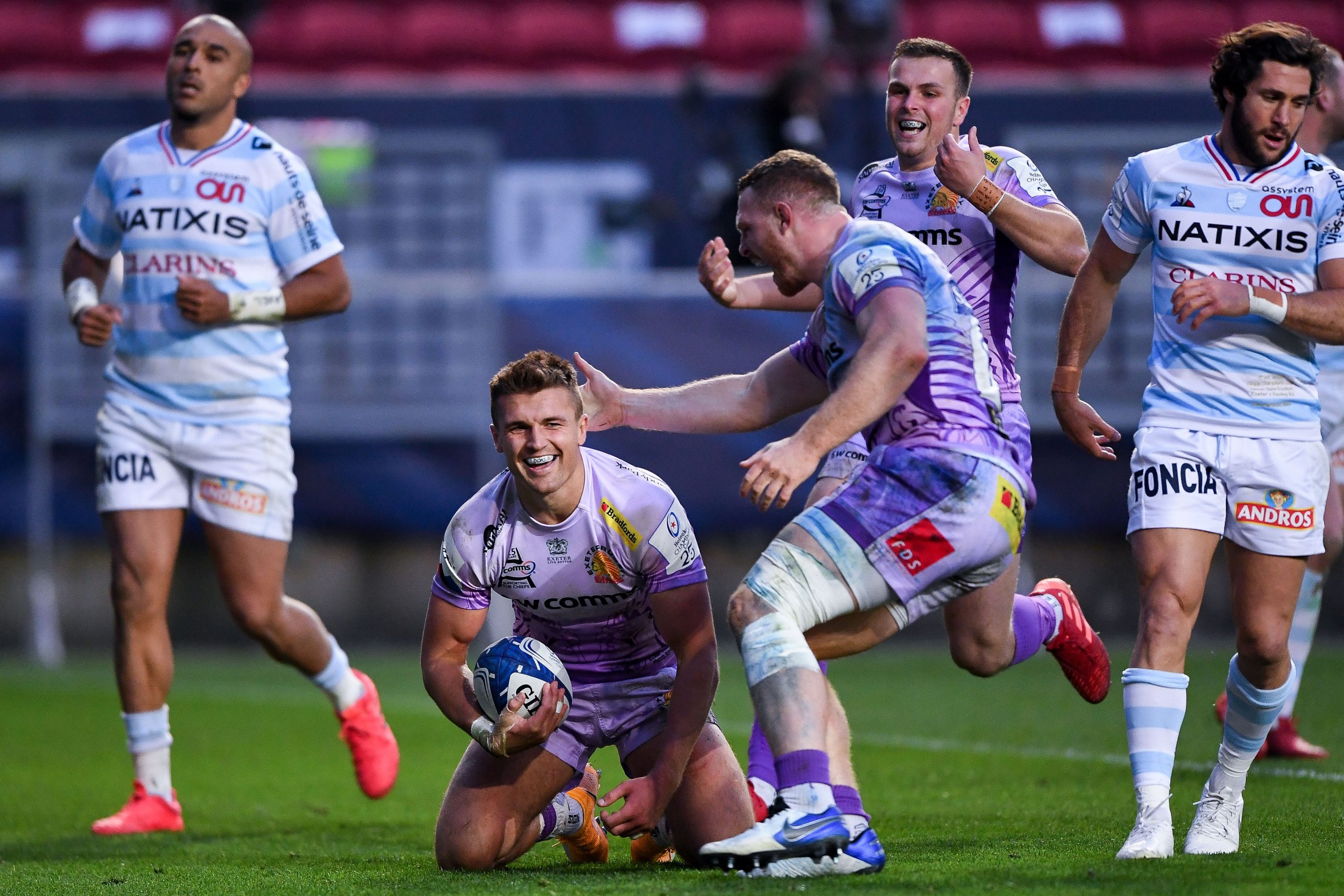 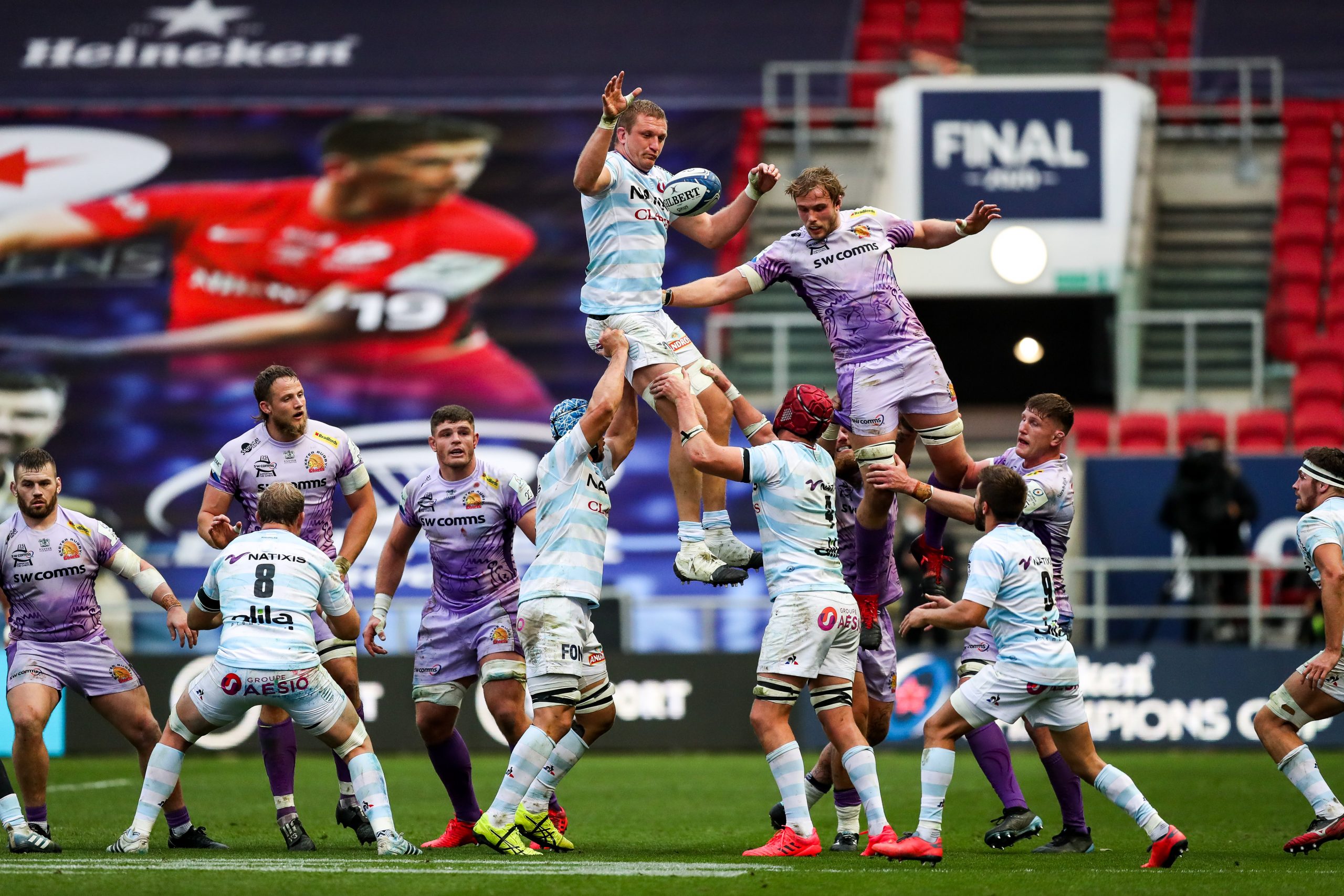 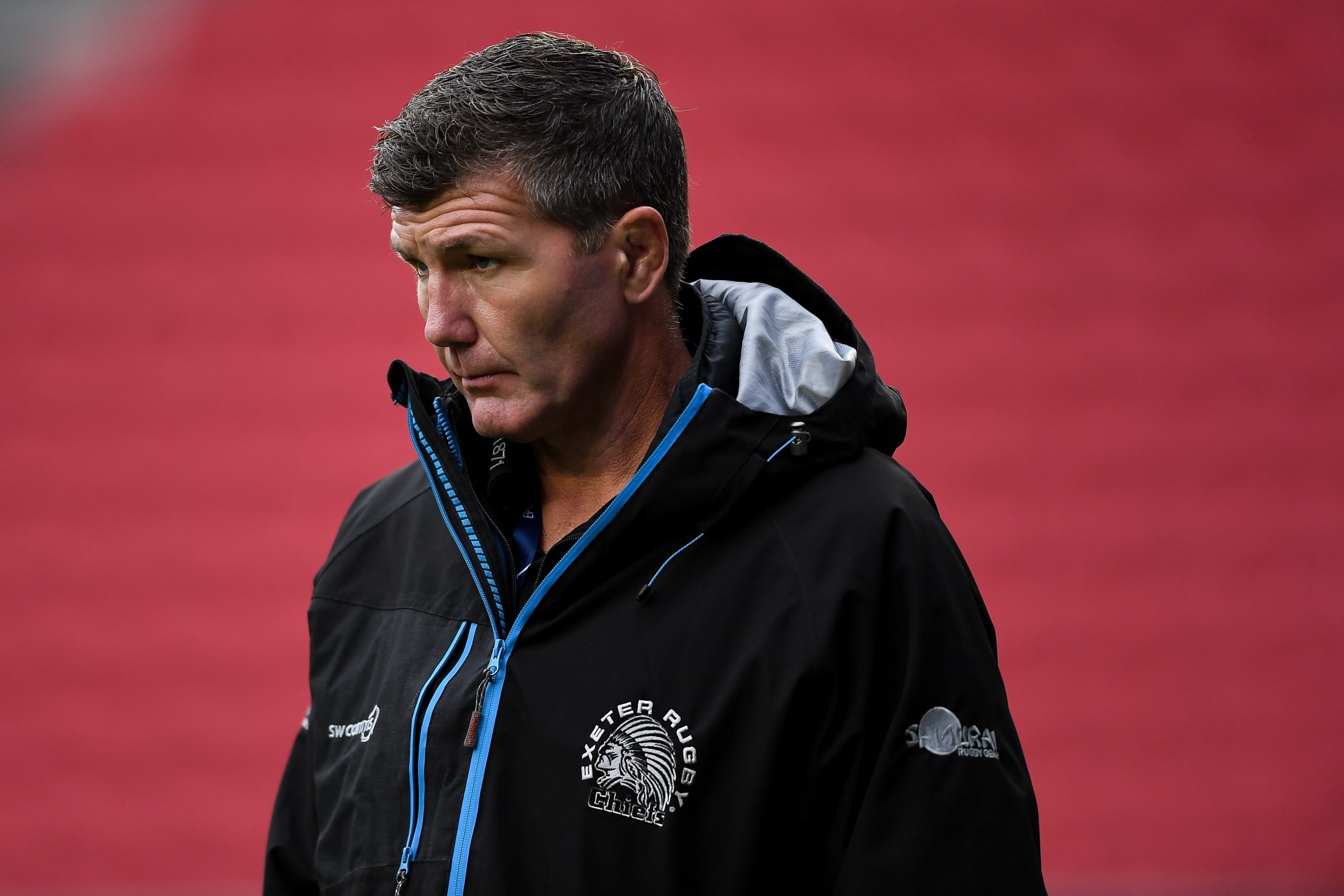 Baxter told BT Sport: “It was a horrible game to watch, and that last 14 minutes went on forever, but we have seen it out and it looks like it was meant to be.

“It is fighting for every inch, and I thought that was the bit we were good at.

“I am glad we went for it like Exeter and didn’t just try and ease our way through, as we would have lost, so I am glad we got through it.

“I won’t worry about the elusive double right now. The important thing is the lads get in the changing rooms and have a couple of lagers together.

“We have got to enjoy the moment and the bus ride home and savour the feeling. I would like to think that today’s result and not playing as well as we could will free us up against Wasps and we can play better.” 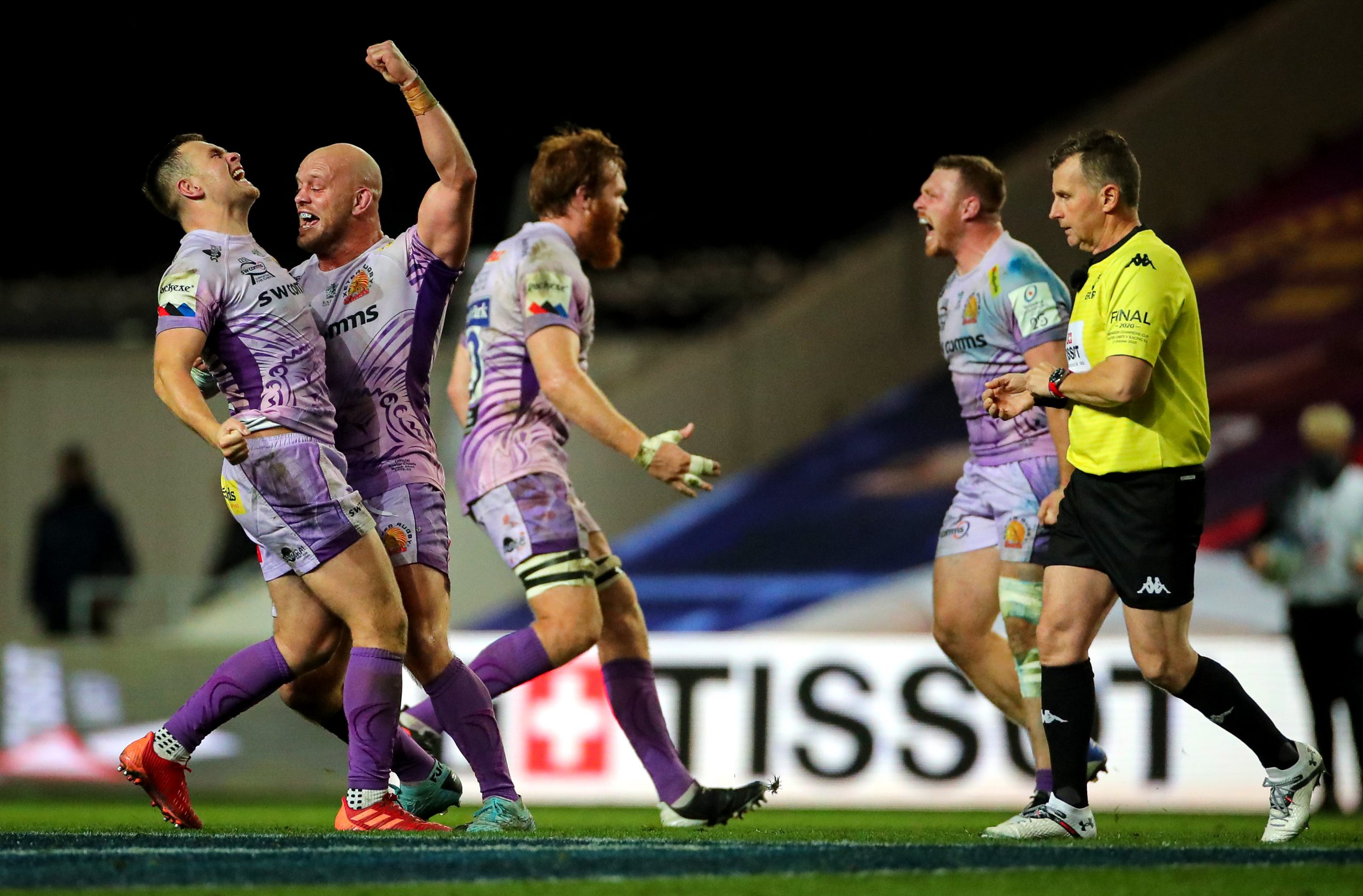 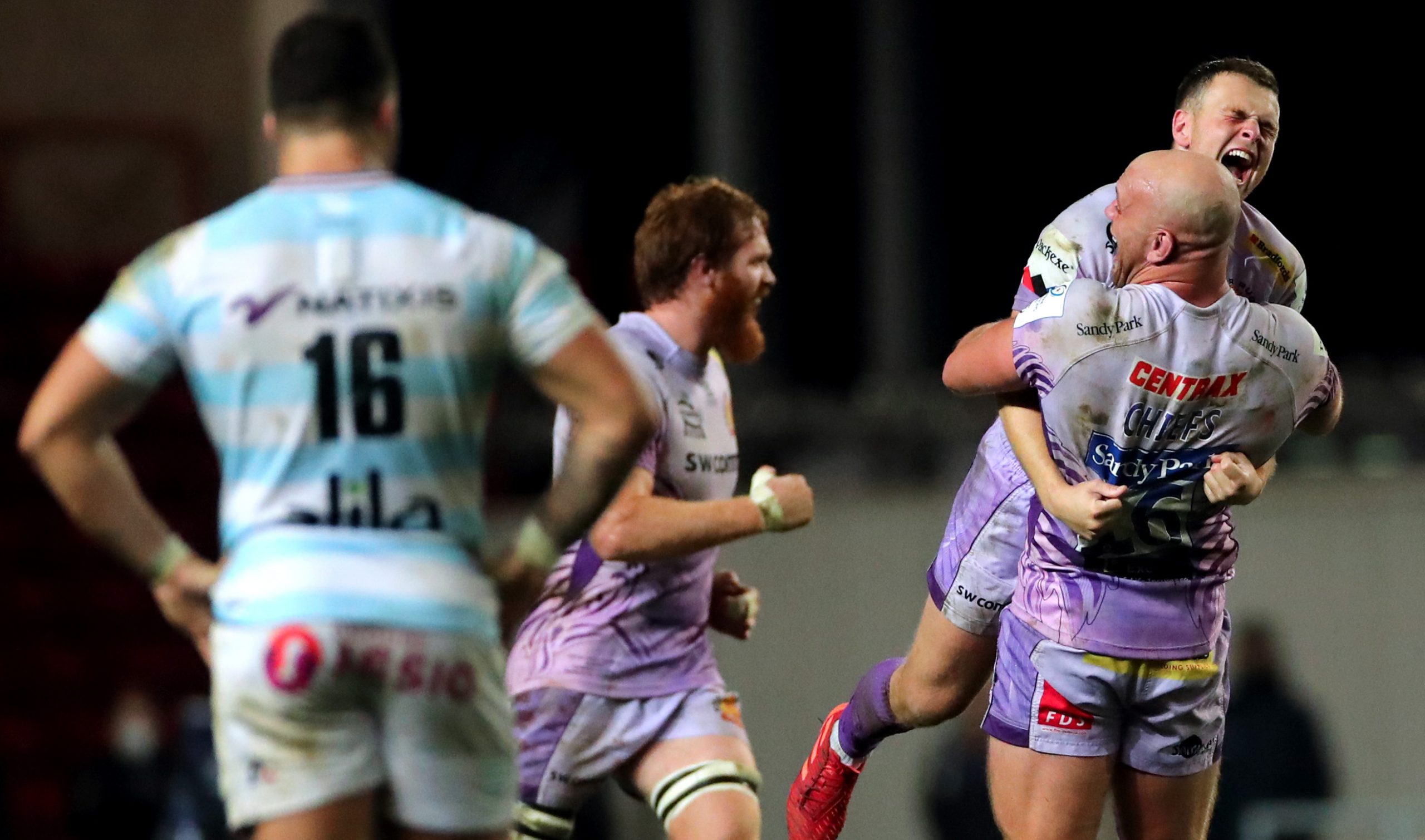 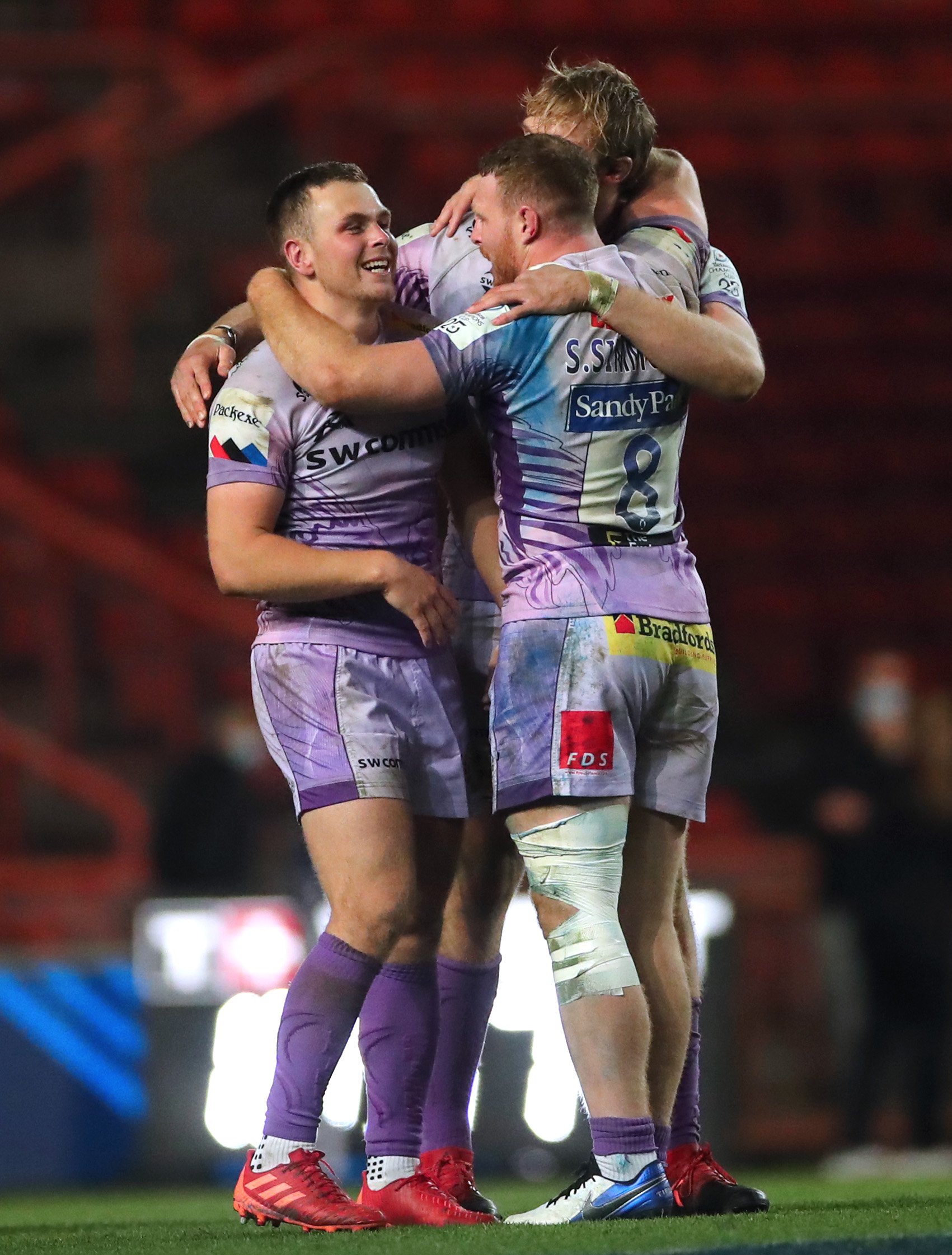 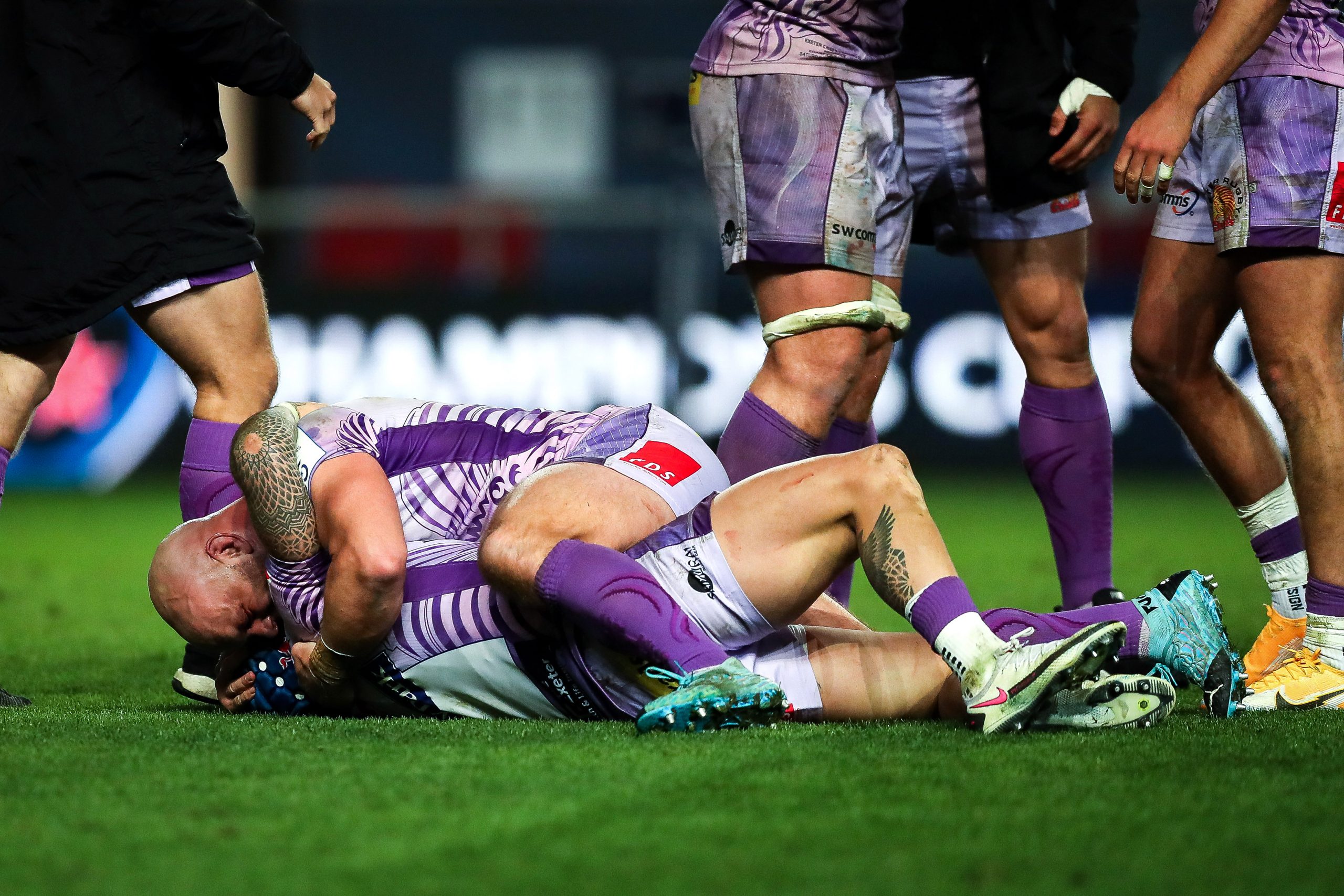 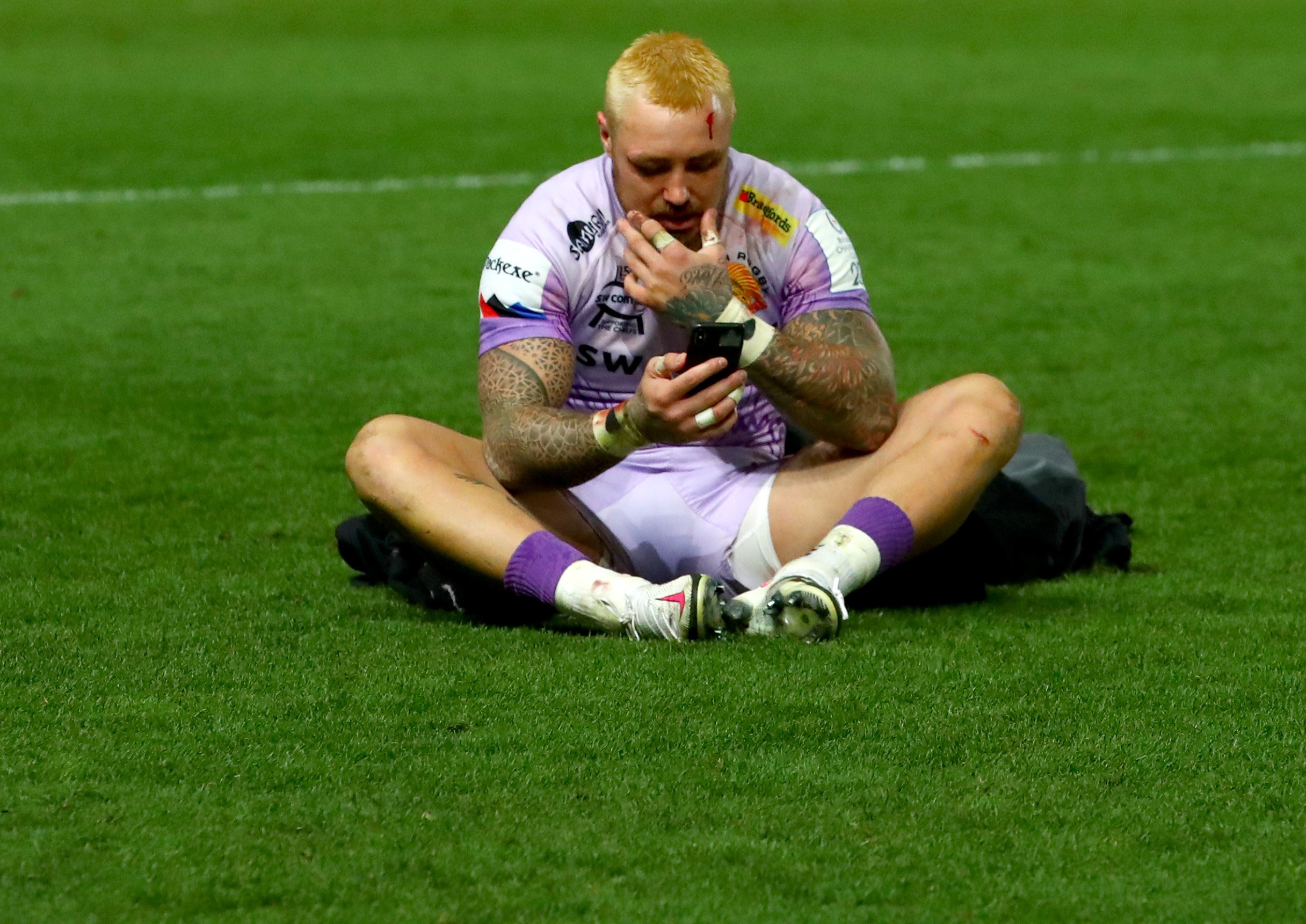 The number eight finished as the tournament’s leading try scorer with eight, including a valuable first-half try in the final.

His overall contribution earned him the plaudits of a panel of distinguished rugby experts which was combined with more than 20,000 votes from the public to determine the winner.

Simmonds is the fourth English player in five years to receive the Anthony Foley Memorial Trophy as Europe’s finest player of the season after Maro Itoje, Owen Farrell and Alex Goode.