Tuesday, May 24
Trending
You are at:Home»News»East Devon»Covid ‘clusters’ in 12 parts of East Devon with 69 new cases confirmed across district

Another 69 coronavirus cases have been confirmed in East Devon in the past week – with ‘clusters’ identified in a dozen of its wards.

There were 1,133 new cases across both Devon and Cornwall.

Ninety-two new cases had been confirmed across East Devon – and 603 in Exeter -in the previous week.

However, around half of these were backdated due to a widely-reported national database glitch.

A dozen ‘clusters’ – where three or more Covid cases have been confirmed – have been identified in East Devon in:

The ‘clusters’ data, last updated yesterday afternoon (Friday, October 16), is based on a rolling rate of new cases by specimen date ending on October 11.

‘Clusters’ have been identified in all of Exeter’s 15 wards: 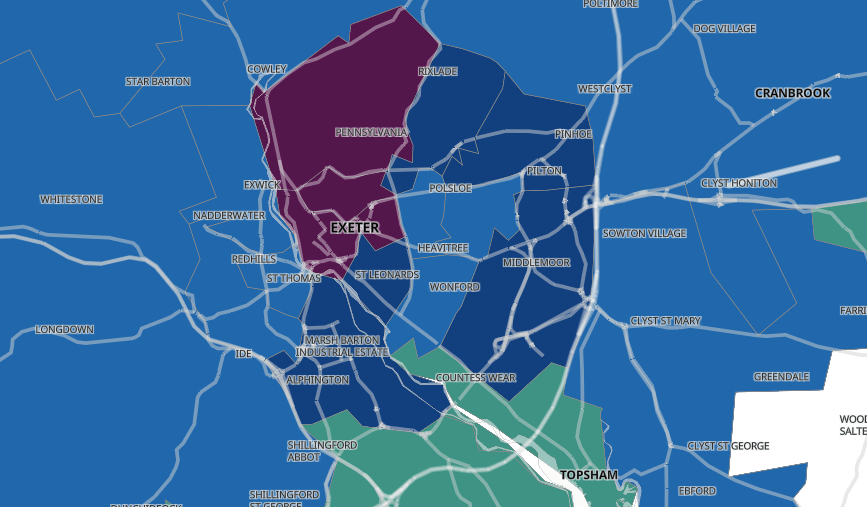 The Government’s online map showing the ‘clusters’ of coronavirus cases in Exeter.

Some 943 new cases of coronavirus have been across Devon in the past week.

Fifty of these were in East Devon and 218 were in Exeter.

Eighty-two of Cornwall’s cases had specimen dates in the past week.

The number of people in hospital in the South West in the past week has risen to 151 from 77 and there are currently 17 people on a mechanical ventilator.

How the figures compare to the previous week

Of the 1,369 Covid cases confirmed across Devon and Cornwall in the week before last, 745 had a specimen date between October 2 and 8.

The total in Cornwall and the Isles of Scilly is 1,804 cases.