On a sunny autumn day, the Sidmouth ladies played the final event of the summer season, the Gertie Skinner Cup, writes Angela Coles.

This is one of the most prestigious events of the year as it is contested by an elite field consisting of medal and division winners from the year.

The cup was presented to the ladies section in 1972 by the wife of the then-president, Arthur Skinner.

Medal Seven was played in conjunction with the Gertie Skinner Cup, and this was won by Mo Borer.

In second place was Alison Godwin and third, with a net 74, was Catherine Walden.

Division One was won by Angela Coles with a net 75, Division Two by Mo Borer and Division Three by Catherine Walden.

There were four twos recorded by Sheila Faulkner, Sharon O’Brien and Ann Willoughby on the fourth hole and Angela Coles on the sixth hole.

The putting prize was won by Geri Whitrow.

The Seniors Wednesday ball in the bag competition was won by the three-man team of Phil Spencer, Colin Mitchell and Dave Atkinson from a strong field of participants.

In the Sidmouth Jewellers Friday Stableford contest, Andrew Thomson won on countback with 38 points from Lewis White who had the same score.

Third-place prize went to Stuart Coles. Both Andrew and Stuart were obviously practising for their upcoming Greenwood trophy final on Sunday.

In second place were Graham Davies, Chris Roberts, Mike Temple and Martin Crockett on 50.3 with Nick Gingell, Mark Jenkins, George Barber and Charlie Miles only just behind on 50.4 taking third.

In the ladies section it was Vanessa Ireson, Sharon O’Brien, Diane Boyden and Annie Carter who collected first prize with a score of 57 ahead of second placed team of Yvonne Anning, Mandy Furness, Alison Godwin and Amy Moore with 59.

Finally, the Upper Crust Bakery Monday Stableford saw Andy Thomson winning again with 39 points ahead of Len Wright on 38 and John Jones on 37.

In the seniors comp it was Len who took top spot this time with Les Pratt on 35 and Keith James on 34 taking the minor places.

In a year when it looked likely that the club annual knockout competitions would not go ahead, it was a pleasure to see that, after Sidmouth managed to squeeze in all the knockout rounds, the various finals took place at the weekend and in lovely golfing weather.

The mixed pairs, Greenwood Trophy, was competed for, uniquely this year, between two mother and son pairings, writes Hugh Dorliac.

After a close contest early on it was Angela and Stuart Coles who emerged victorious and took the trophy this year with a three and two win over Sheila Faulkner and Andrew Thomson on the 16th. 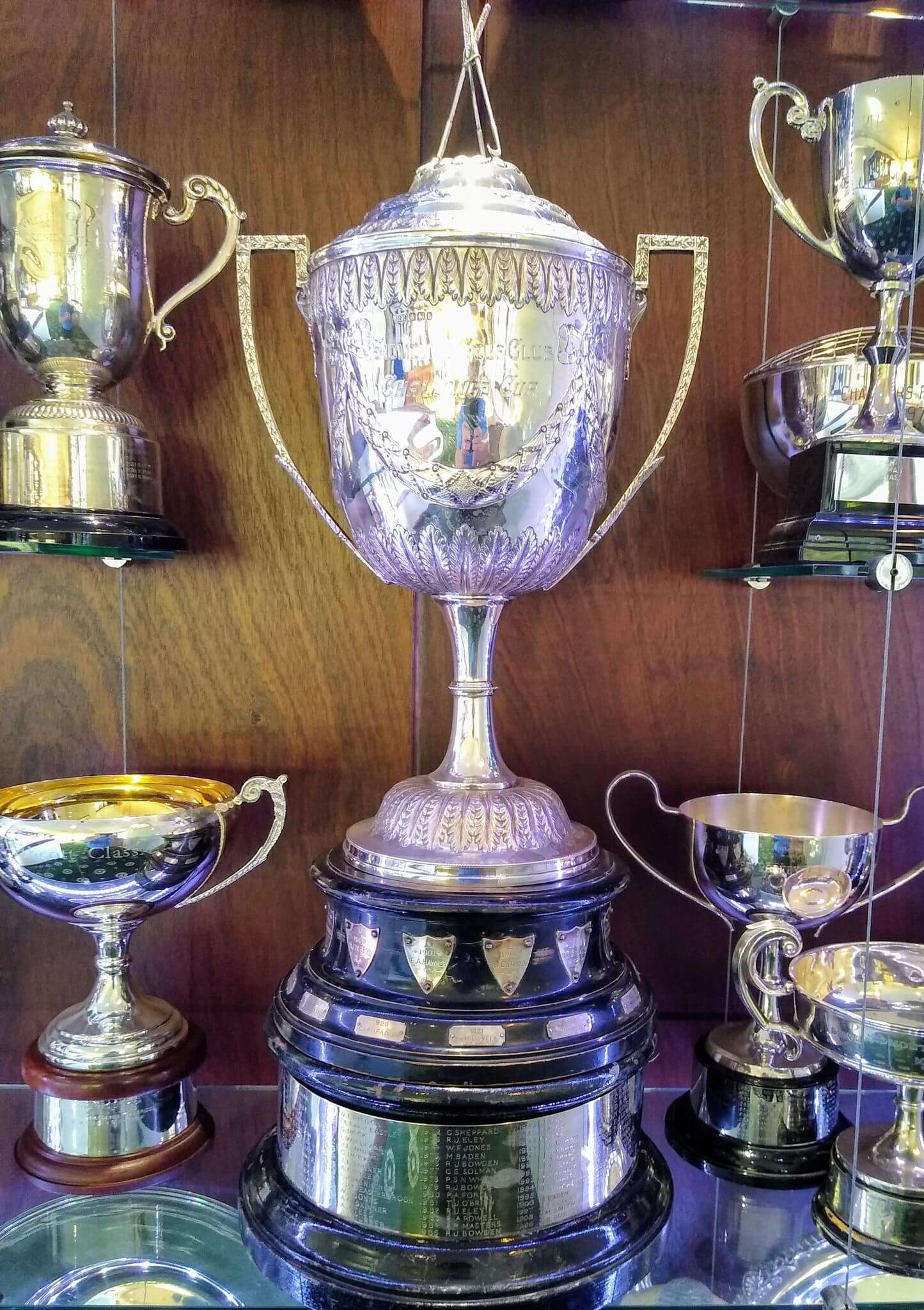 The prestigious Challenge Cup, the one trophy every Sidmouth golfer wants to win, was successfully defended by James Spiller, who was playing a debutant finalist in Adrian Priest.

Despite giving away nine shots, James took command fairly early on and never looked likely to lose his lead, eventually running out a three-and-two winner to secure the cup for the second year in succession.

As James found himself competing for three separate trophies this year, they had to be played on other days.

He was not so lucky in the Hall Trophy scratch competition on the previous Thursday, when he was beaten into runner up spot by John Jones, who secured his win on the last hole.

James and partner George Barber will be competing for the Rockey Cup this coming Sunday.

In terms of the other trophies; In the Challenge Plate, there was a three-and-two victory for Simon Moore over Richard Powell.

In the Sidmouth Matchplay Cup final, Ben Gibbs comfortably took the honours with a four-and-three win over Moray Bosence, and earlier, the Seniors’ Knockout Trophy was won by Pat McCormack over Richard Powell; Richard playing is his second final of the week.