A Honiton runner inspired to take on the London Marathon by a loved-one’s battle with Alzheimer’s has raised more than £1,000 for a charity striving to find a cure.

To see the amount raised pass the £1,000 mark really is incredible and I cannot thank enough those who have sponsored me – Tim Wigram

He embarked on the challenge to raise cash for the Alzheimer’s Society.

Tim, who turned 46 the day before the challenge, has watched his father-in-law Robert suffer from the progressive disease for the last 14 years.

He said: “The full run from start to finish actually took in no less than 5,035ft of hills which was a little more than I anticipated.

“In terms of the actual London Marathon distance, my time was clocked at five hours and 56 minutes and there was around 4,500ft of hills at that stage.” 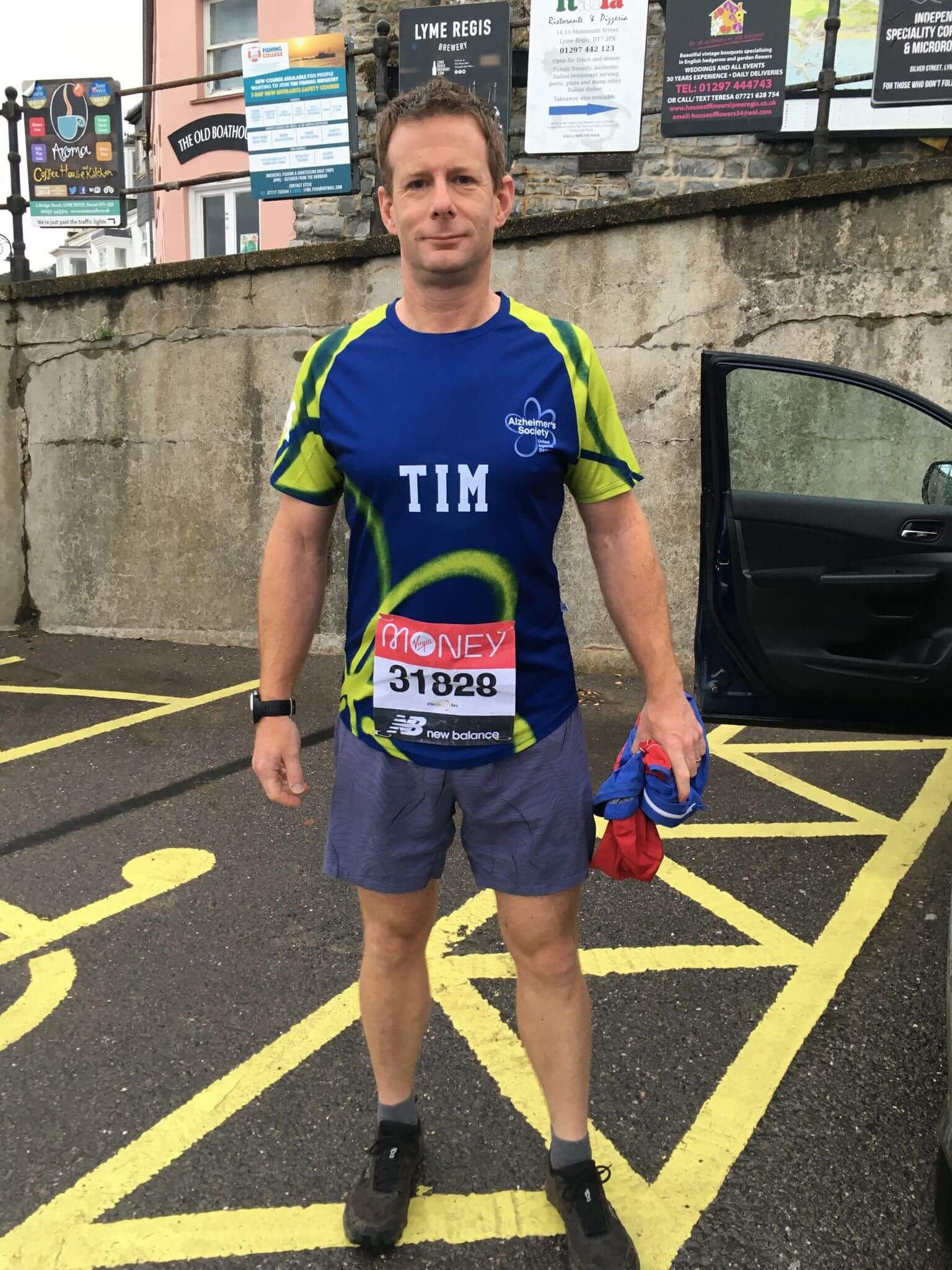 Tom Wigram before he set off on his virtual London Marathon fundraising effort . Picture Tim Wigram

“To see the amount raised pass the £1,000 mark really is incredible and I cannot thank enough those who have sponsored me.

“I am also so very grateful to family and friends at Honiton Running Club for their amazing support.”

Tim sad of the reason he took on the marathon mission: “It’s truly heart-wrenching to watch someone very dear to you and indeed, their family, suffer from this terrible disease, so the sooner a cure can be found the better.”

Only 100 elite athletes were able to compete in the capital on Sunday due to the coronavirus pandemic.

Tim was among thousands of others taking part closer to home.

You can find out more about his charity effort here.