Wednesday, August 10
Trending
You are at:Home»News»Exeter»Exeter ‘NOT in the territory’ for local lockdown measures, says Devon health chief

Exeter is ‘not in the territory’ for any local lockdown measures despite a rise in cases, says Devon’s director of public health.

But the majority of cases are linked to university students and the outbreak is ‘contained’ and yet to spread into the wider community, according to Dr Virginia Pearson.

The Pennsylvania and University area of Exeter has leapt into the top ten of areas in England with 223 positive Covid-19 cases.

A further 55 have been confirmed in Central Exeter and 30 in St James Park and Hoopern.

Dr Pearson said: “Exeter has seen a recent sharp spike in cases, most of which are in the University student population.

“The outbreak is currently contained, and so Exeter is not in the territory for broad lockdown within the city at this time.

“What’s happening in Exeter is not unexpected and has been planned for. Exeter is now experiencing what is being seen elsewhere in universities across the country. 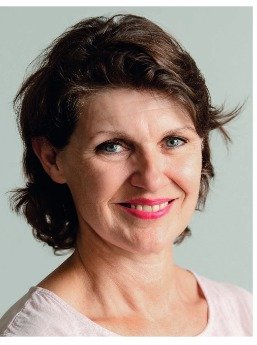 “We are tracking positive cases constantly to be able to respond quickly, through daily meetings with the University of Exeter, Exeter College, Public Health England, Exeter City Council and the police.

“The university has a comprehensive set of measures in place to reduce transmission among its student and staff population, and their planning has enabled early visibility of the issue and enabled a swift response.

“Other partner agencies are also working hard in the city and in communities across the county to support local businesses to continue to meet the national restrictions.

“More broadly, the county of Devon has been very successful so far in keeping the number of confirmed cases low, with levels remaining quite steady despite the cases in Exeter.

“However, it is a changing situation and we cannot for one moment become complacent. Now is the time for renewed effort by all of us to make sure that we follow the guidance.”

Mike Shore-Nye, registrar at the University of Exeter, added: “Over the past seven days we have seen a continuing rise in the number of confirmed Covid-19 cases in our university community and we have taken targeted action.

“Our rapid testing system means that we have been able to identify the positive cases and ensure individual isolation and support immediately.

“Public Health England has confirmed that to date there is still no evidence of transmission to the wider community.”

He added: “Over the past seven days we have seen a significant commitment from students in both following the Covid-19 guidance and the additional measures we have put in place.

“Alongside the rapid test and trace system this is how we, as a community, will fight the spread of this virus.

“We are keeping our approach to teaching under constant review and, in the continued absence of any evidence to date of onward transmission associated with face-to-face teaching, we are maintaining our blended learning model.

“To keep everyone safe in our teaching spaces, please do ensure that you follow the hands-face-space protocols and the measures we have in place for your protection.”

Dr Pearson added that, to ‘avoid far tighter restrictions on our movements’, residents are urged to: