Budleigh Salterton Football Club needs to net £17,000 to replace its floodlights and ensure the Devon Air Ambulance can keep using its ground.

Greenway Lane acts as an emergency landing site for the lifesaving helicopter.

But two decades of wear and tear from the seaside elements have ‘devastated’ the Robins’ 16 pitch-side illuminations.

The club says it will try to ‘nurse’ the ailing floodlights through this season – but has warned they could have to be switched off for safety reasons.

It has now turned to the community for help to raise the five-figure sum. 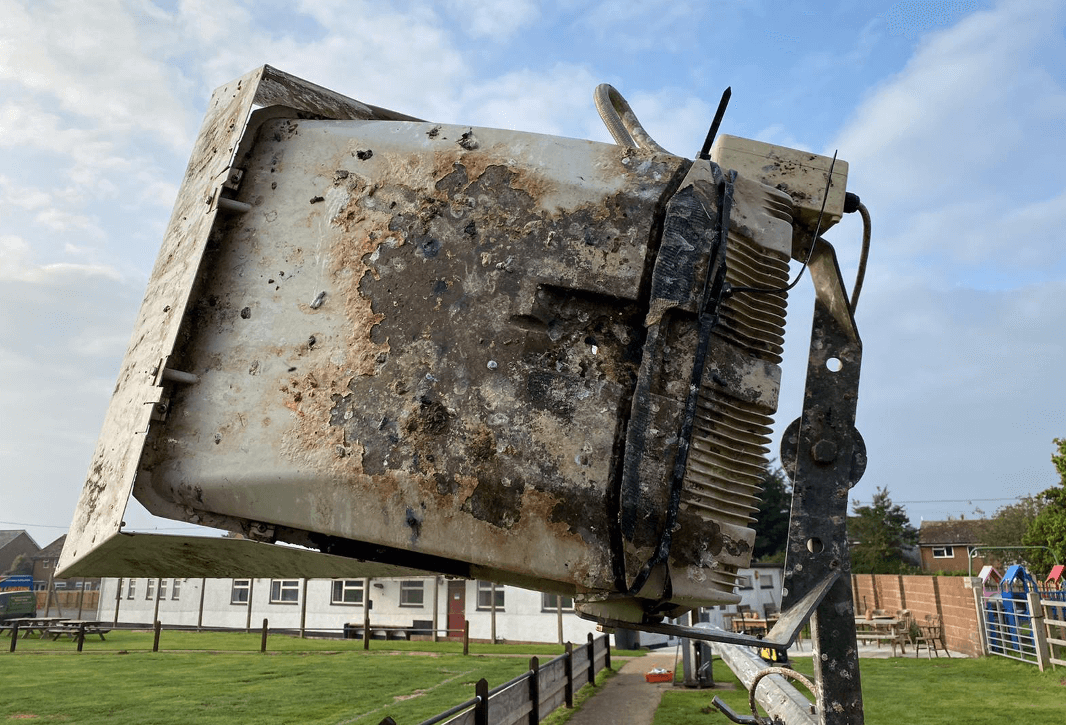 One of the damaged floodlights. Pictures: Budleigh Salterton Football Club.

A Budleigh Salterton AFC spokesperson said: “The floodlights are over 20 years old and, unfortunately, the coastal atmosphere and seagulls have had a devastating effect.

“The lights now require replacing and, although the club can try and nurse the lights through this season, unless they are replaced it may be that football under lights and the Devon Air Ambulance may have to be suspended due to the safety conditions.

“Since the ground has been made available to the emergency services, the helicopter has landed several times under emergency conditions.

“The club is very proud to extend this service to the town and there is one big factor that makes this possible…floodlights.”

They added: “The club needs to raise £17,000 for the complete replacement of the 16 floodlights and is asking for help from the local community.

“The club can apply for funding and will try as many avenues as possible, but it is never a guarantee.” 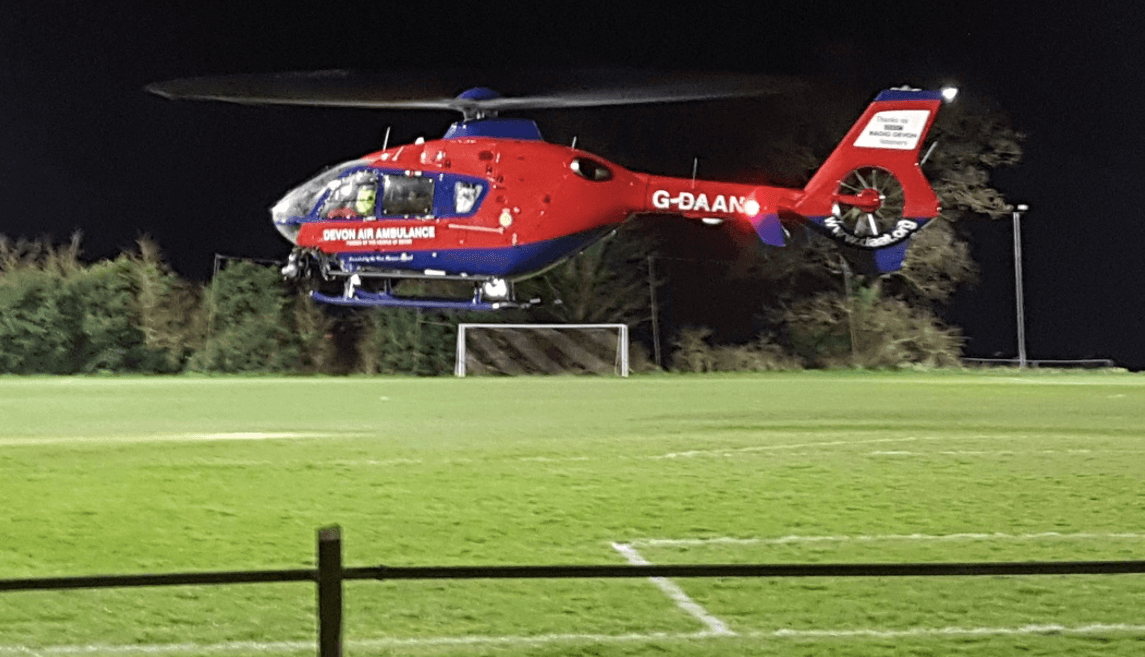 Greenway Lane is home to five football teams; men’s and ladies’ senior sides as well as under-18, under-16, and under-14 outfits.

The club says it prides itself in supporting young footballers develop and that the air ambulance is a ‘unique’ service to the community.

It hopes to utilise space for 50 8ft by 2ft advertising boards bordering its pitch by making them available to businesses for a one-off payment of £500.

The cost would include a sign made by Devon Signs, it backing board and its pitch-side mounting – with £300 going directly to the floodlights appeal.

“The replacement of the lights would guarantee the service offered to the Devon Air Ambulance and would obviously benefit many years of supporting young people in the football community,” added the spokesperson.