These photos show the first ever litter of dormice pups born at conservation charity Wildwood Escot, near Ottery St Mary.

The charity, which rescues and rehabilitates dormice, hopes the arrival of the litter-of-four will shine a spotlight on Escot’s conservation work, to breed more of the endangered creatures to release into the wild across Devon.

To help with its work, the charity has launched dormouse nest box sponsorship, with the hope of raising funds to support 50 chosen secret sites where the creatures can live, raise their young and hibernate.

George Hyde, Wildwood Escot manager, said: “In addition to providing vital support for our conservation work, sponsors will be able to follow the survey results on our website and see who’s living in their nest box.”

Nest boxes can be sponsored for £25, to include regular updates from the secret site and a personalised supporter plaque displayed in the park. 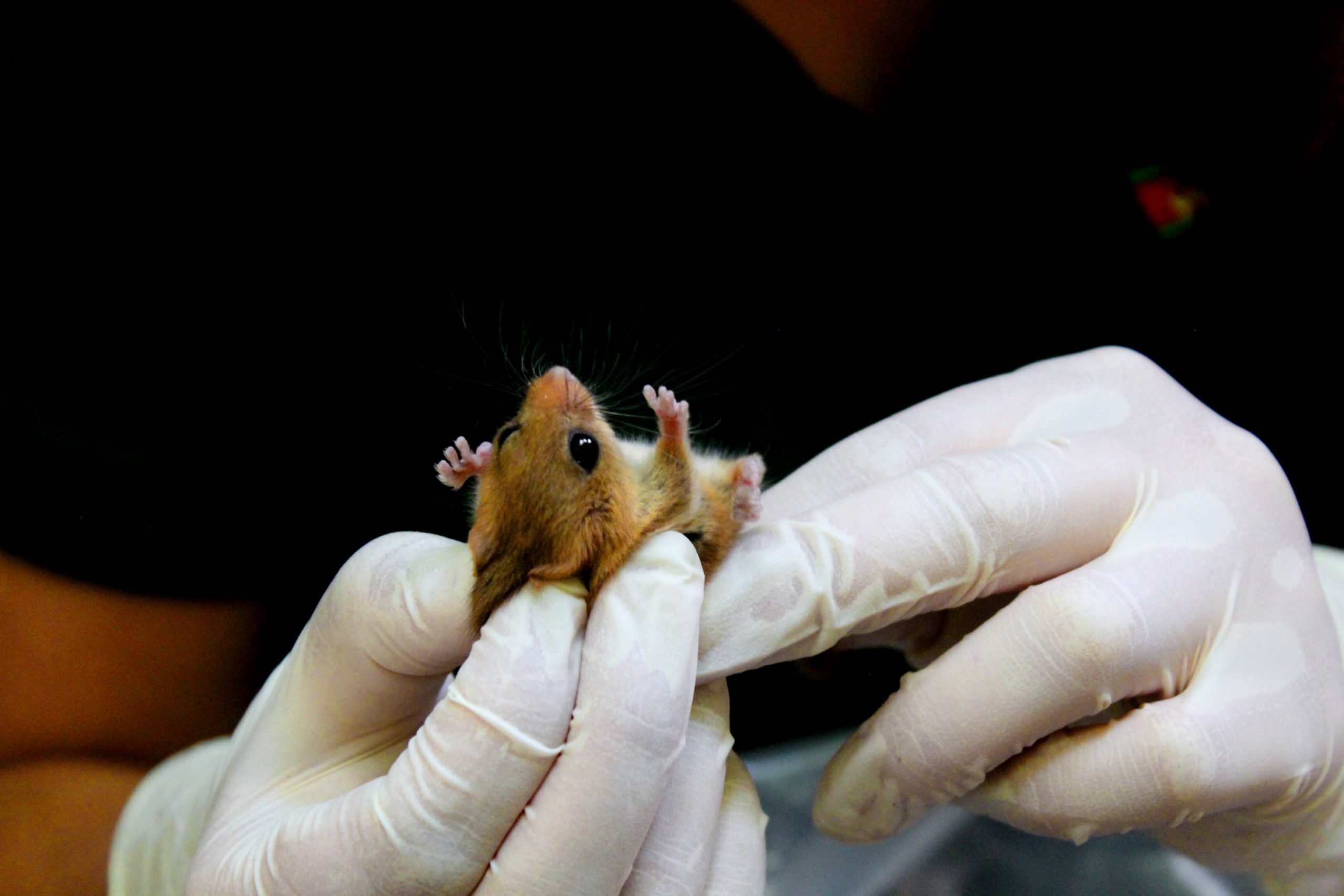 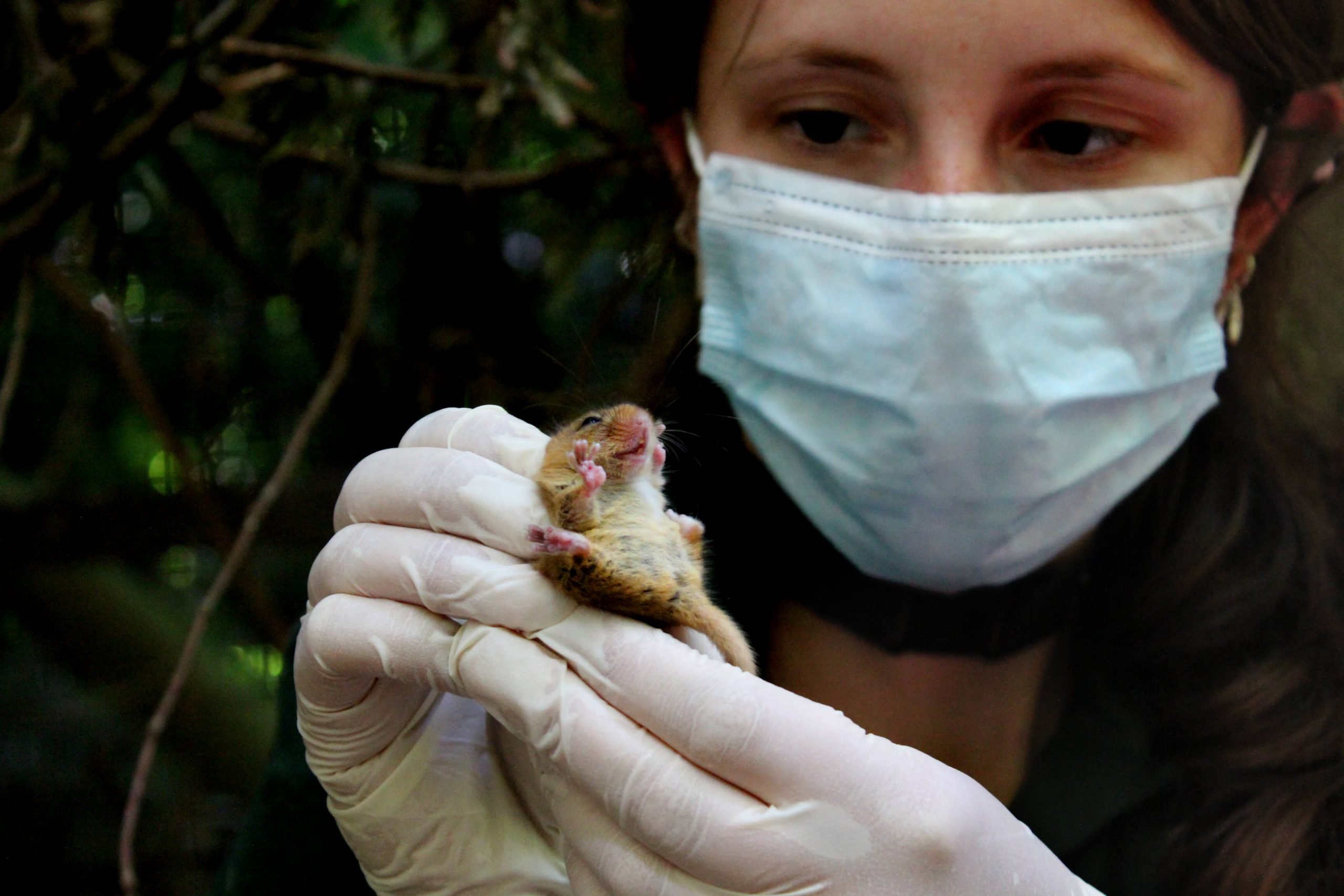 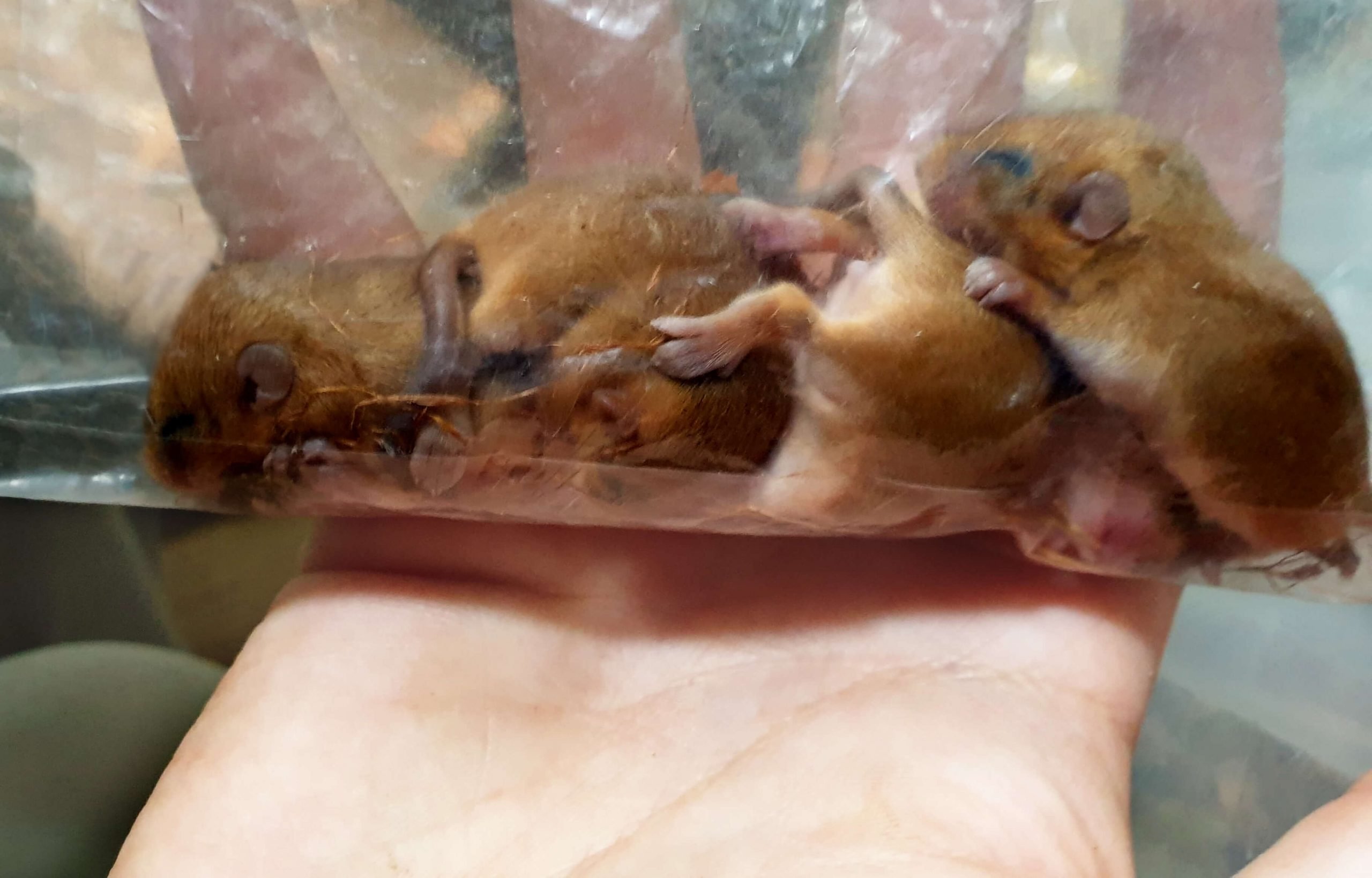 The sanctuary uses a plastic bag to weight the pups in what it says is a ‘standard method and quite harmless’.
Photo: Wildwood Escot.

The charity said the pups’ birth was ‘an important part of the puzzle of dormice conservation work’.

It said its goal was to breed more dormice for release into the wild, in Devon and around the UK, as part of Wildwood Escot’s dormouse conservation programme, in partnership with the People’s Trust for Endangered Species and the Common Dormouse Captive Breeders Group.

A Wildwood Escot spokeswoman said: “Surveying is key to conserving the dormouse, as the overall state of the population in Devon must be assessed and this is where nest boxes are essential.

“Around fifty boxes will be included in the project and they will be placed in secret locations and regularly checked by licensed staff.

“The data collected from the boxes will feed into a bigger national survey of hazel dormice.”
She added:

“Funds will also help Wildwood Escot expand their dormice facilities, train and inspire keepers and conservationists and increase the scientific understanding of dormice.

“Helping the dormice return will also help other wildlife species and nature in general, because a thriving dormouse is often the sign of a thriving ecosystem.” 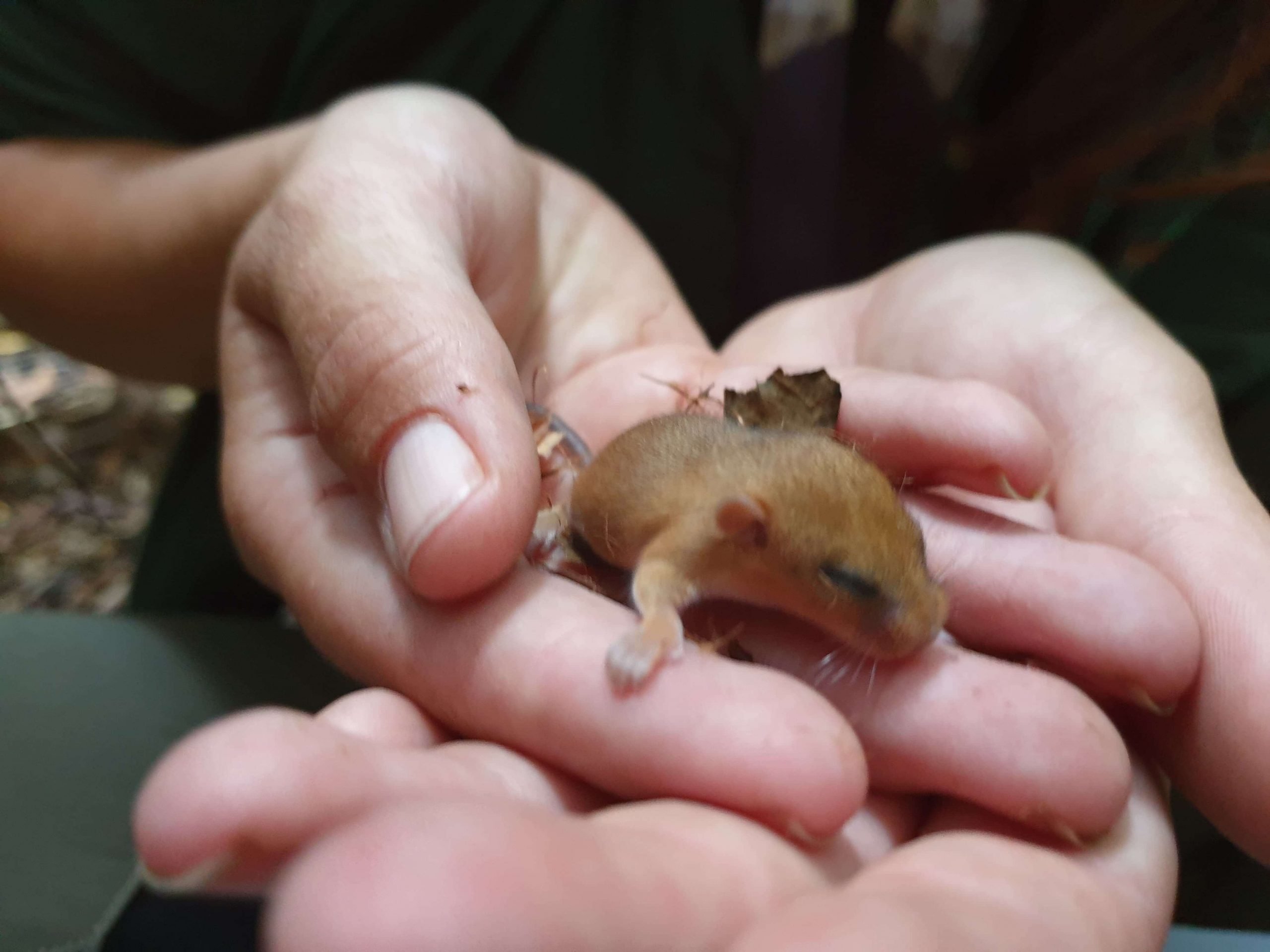 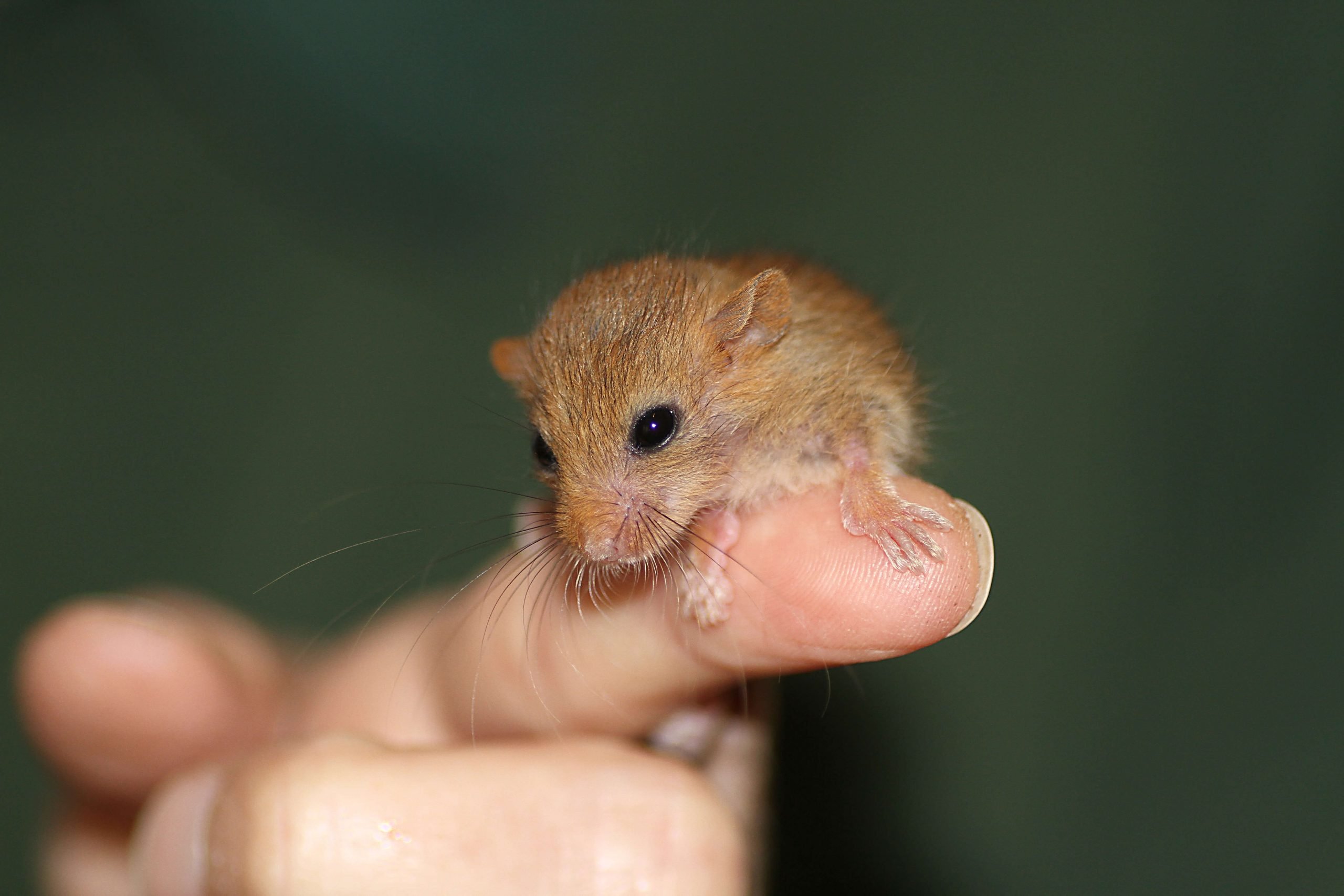 Wildwood Trust’s conservation team has successfully reintroduced 180 dormice to woodlands where they have previously become extinct.

Most of the conservation work has taken part at Wildwood Escot’s sister park in Kent.

Wildwood Escot hopes the birth of the dormice pups and the nest box sponsorship will further help its conservation work in East Devon.