Clean beach campaigners at Budleigh Salterton believe metal detectors could be the solution to tackle the increasing number of ‘dangerous’ nails, fish hooks and staples littered among pebbles.

The latest coastal clean-up, by Clean Beach Budleigh, found more than half the rubbish picked up from a small area near the Lime Kiln car park was old nails, metal from discarded barbecues, fishing hooks, and staples from burned-out wooden pallets.

Organiser Marta Marcote called for greater controls on the beach, including a ban on disposable barbecues.

She said: “The beach is more than fifty-metres wide, depending on the area and the tide, and it is full of people having fires and barbecues every day, especially in high season.

“I can’t even imagine what must be hiding in the other parts of the beach.”

She added: “I think a deep clean of the beach with metal detectors will be necessary, as the hooks and the nails tend to be hiding in the pebbles.

“This massive clean is out of my control, especially with this pandemic, and restrictions, but something must be done.” 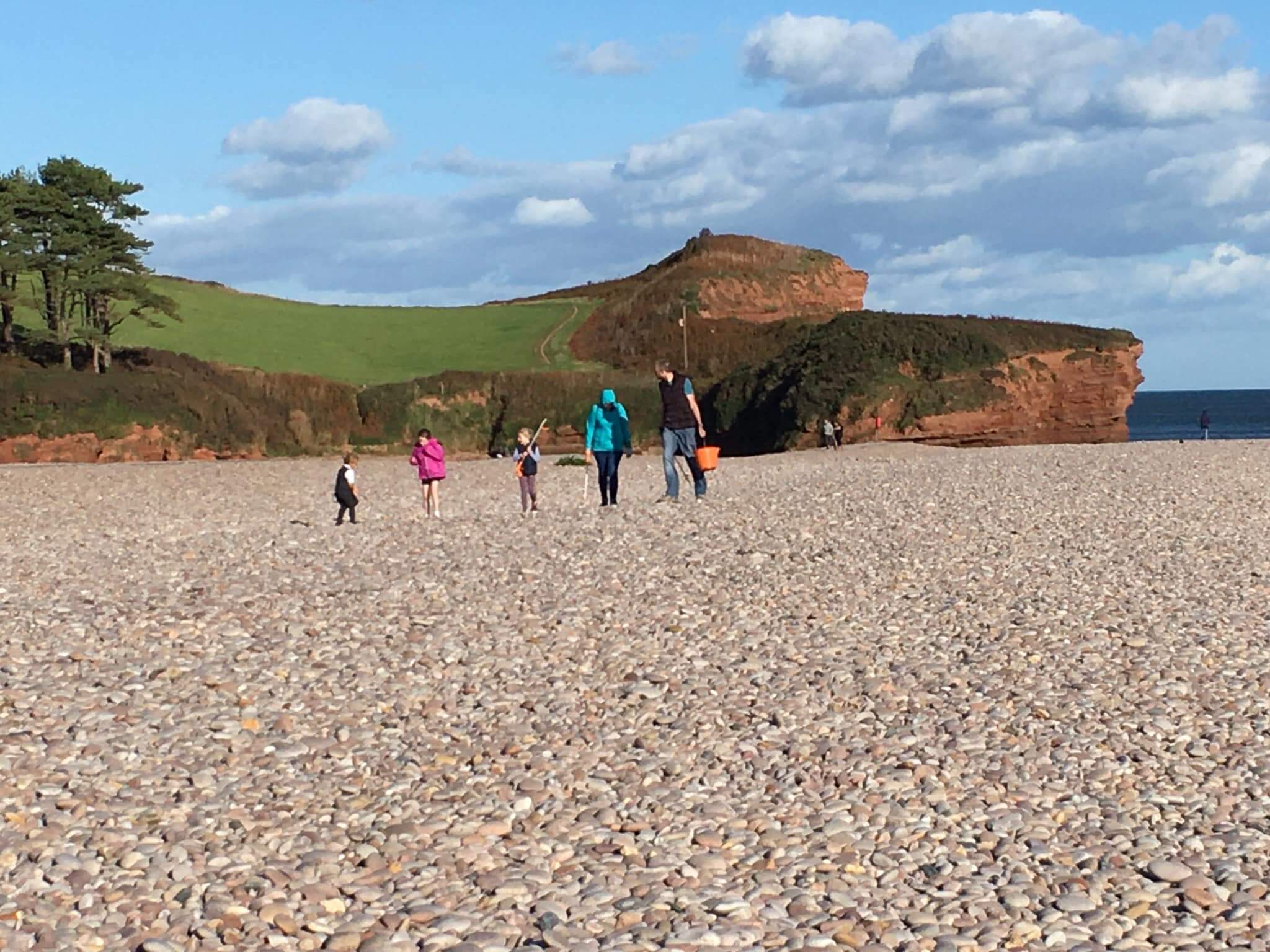 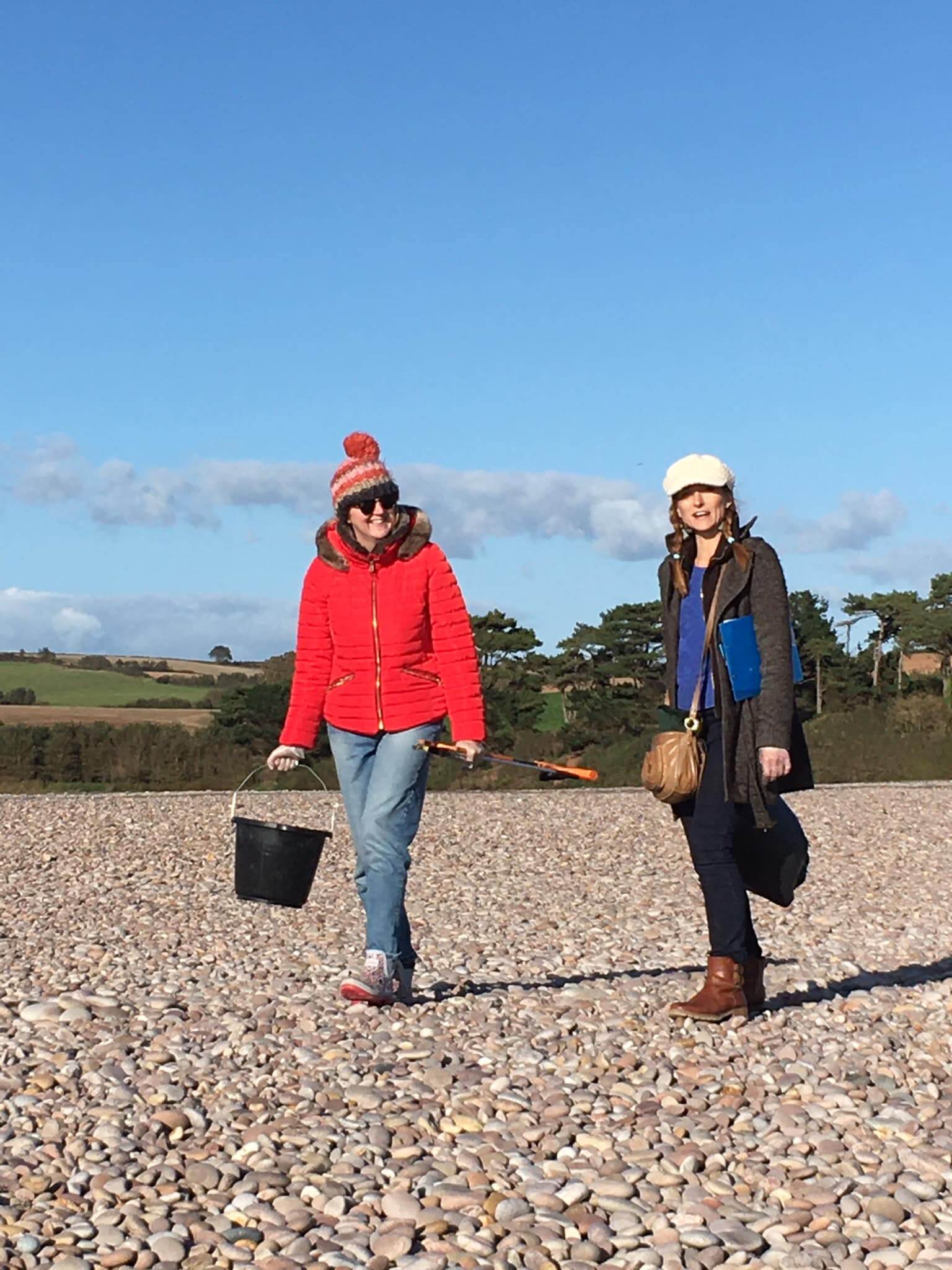 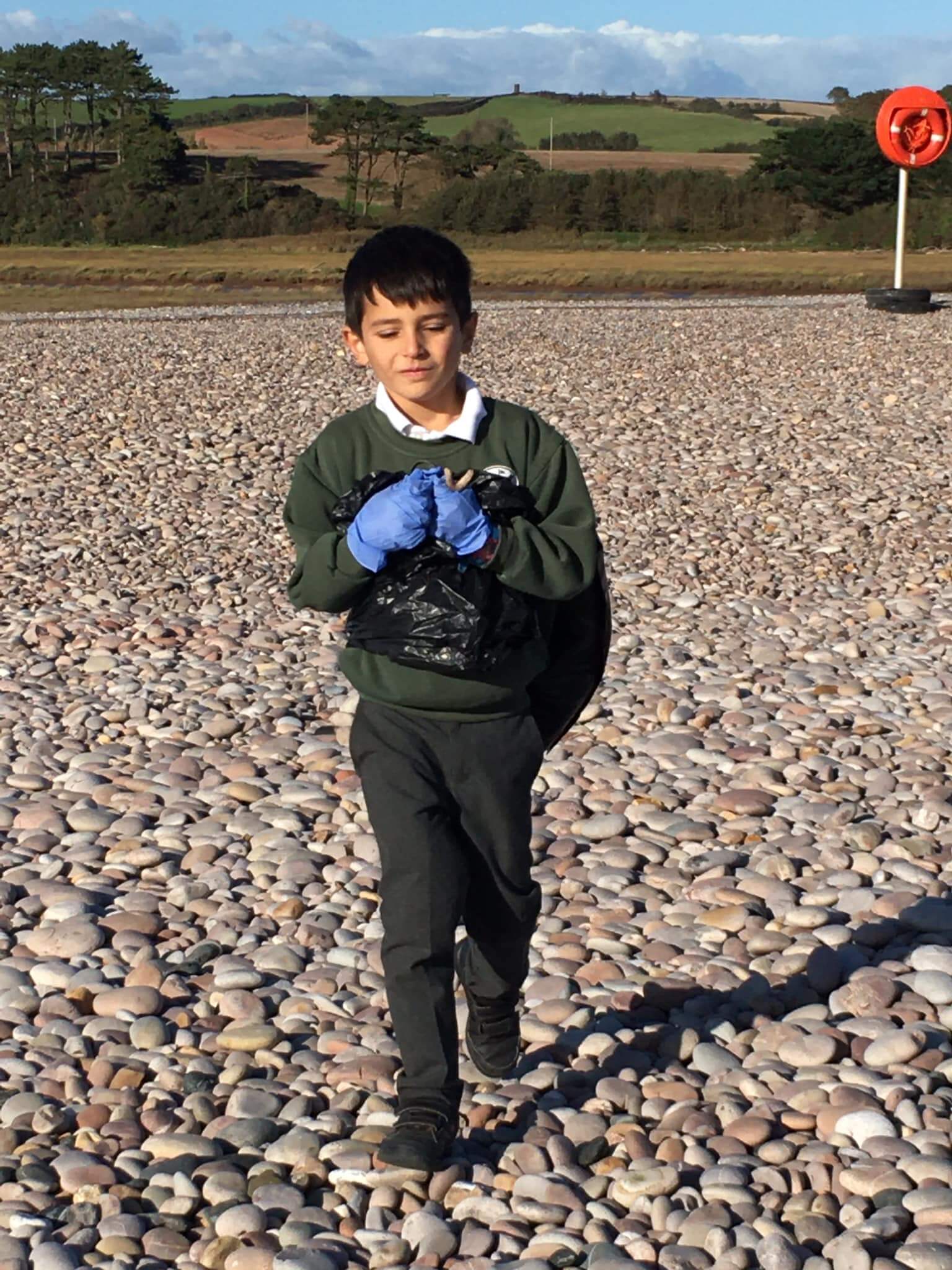 Clean Beach Budleigh volunteers in the last six months have picked up thousands of nails hidden among the stones.

Marta urged visitors and residents to clean up after themselves, saying her two sons picked up eight metal fishing hooks and weights from a short stretch of beach at low tide.

She said in recent months she has spent more time cleaning up Budleigh beach after other people, than enjoying her hometown coast.

Marta said: “In the last six months we found thousands of nails hidden in the pebbles with lots of shattered pebbles that have been in contact with high temperatures.

“The nails have come from furniture, crates, boxes and even pallets people have brought to the beach to burn.

“They left them behind, trying to hide them with some pebbles on top. This is really dangerous and something should be done. I have been saying this for months.

“Disposable barbecues should be banned as well, as they usually end up burnt among the pebbles.” 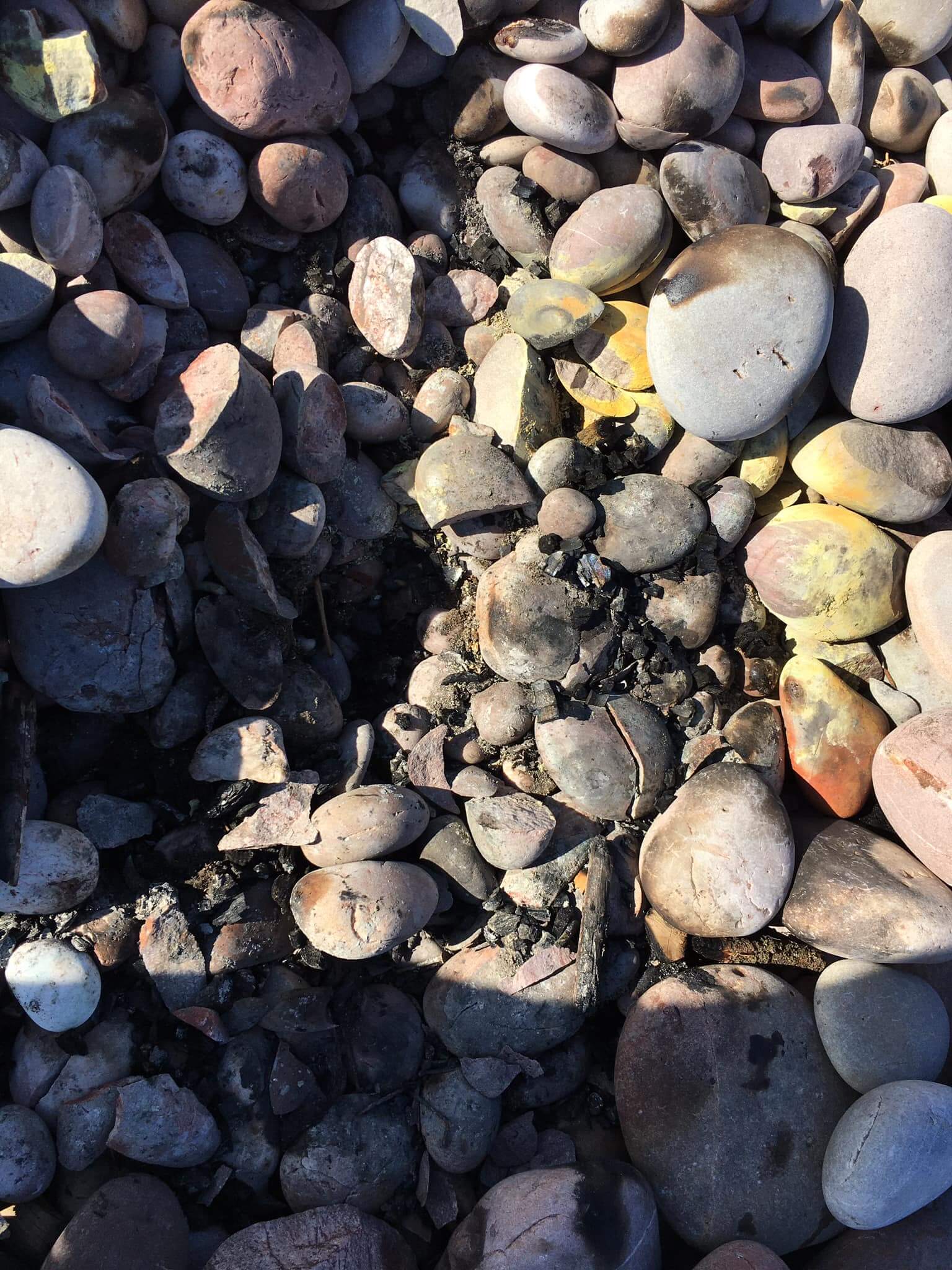 Shards of stones litter the beach where fires have been lit and pebbles have exploded from the heat.
Photos: Clean Beach Budleigh 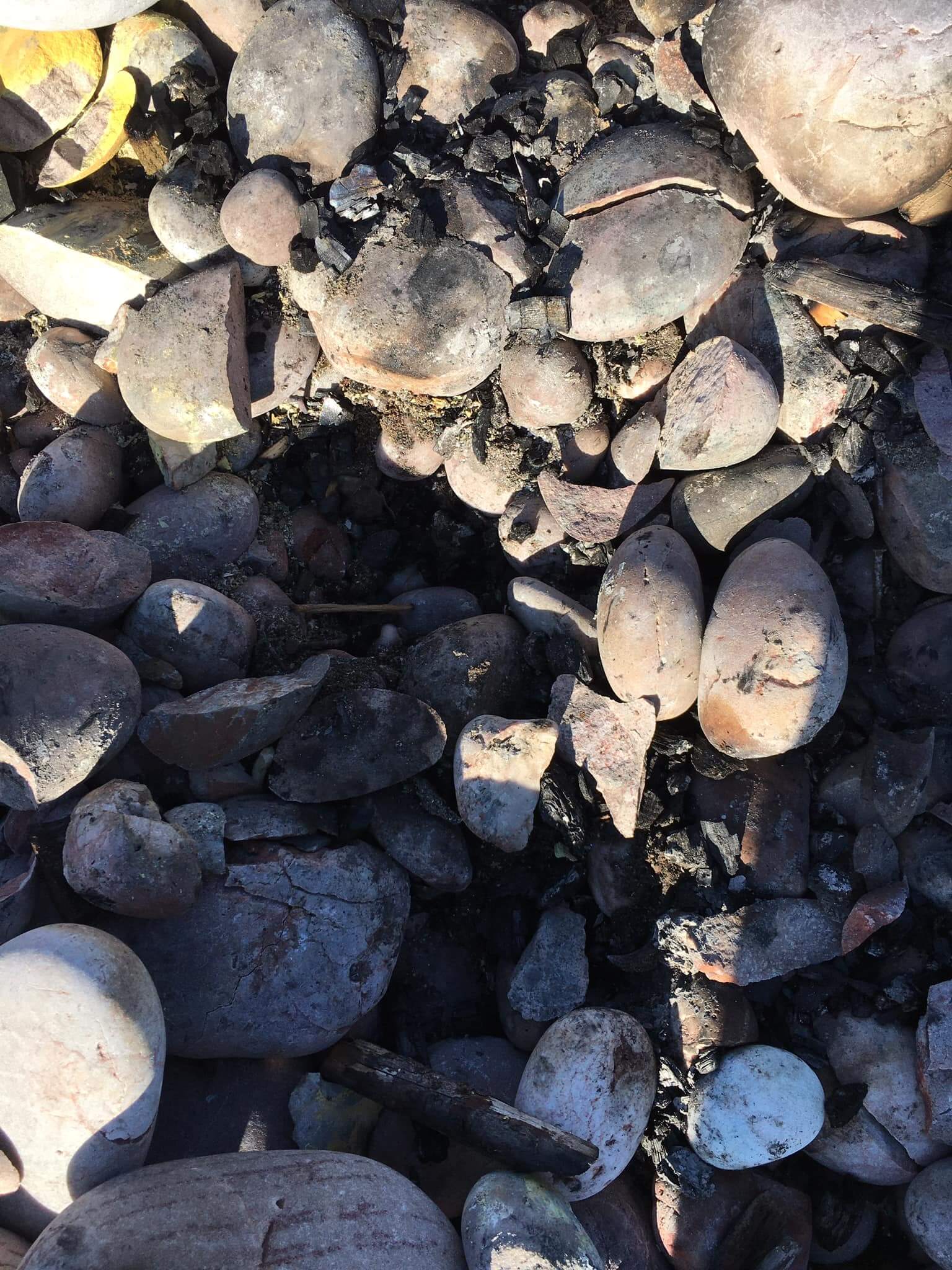 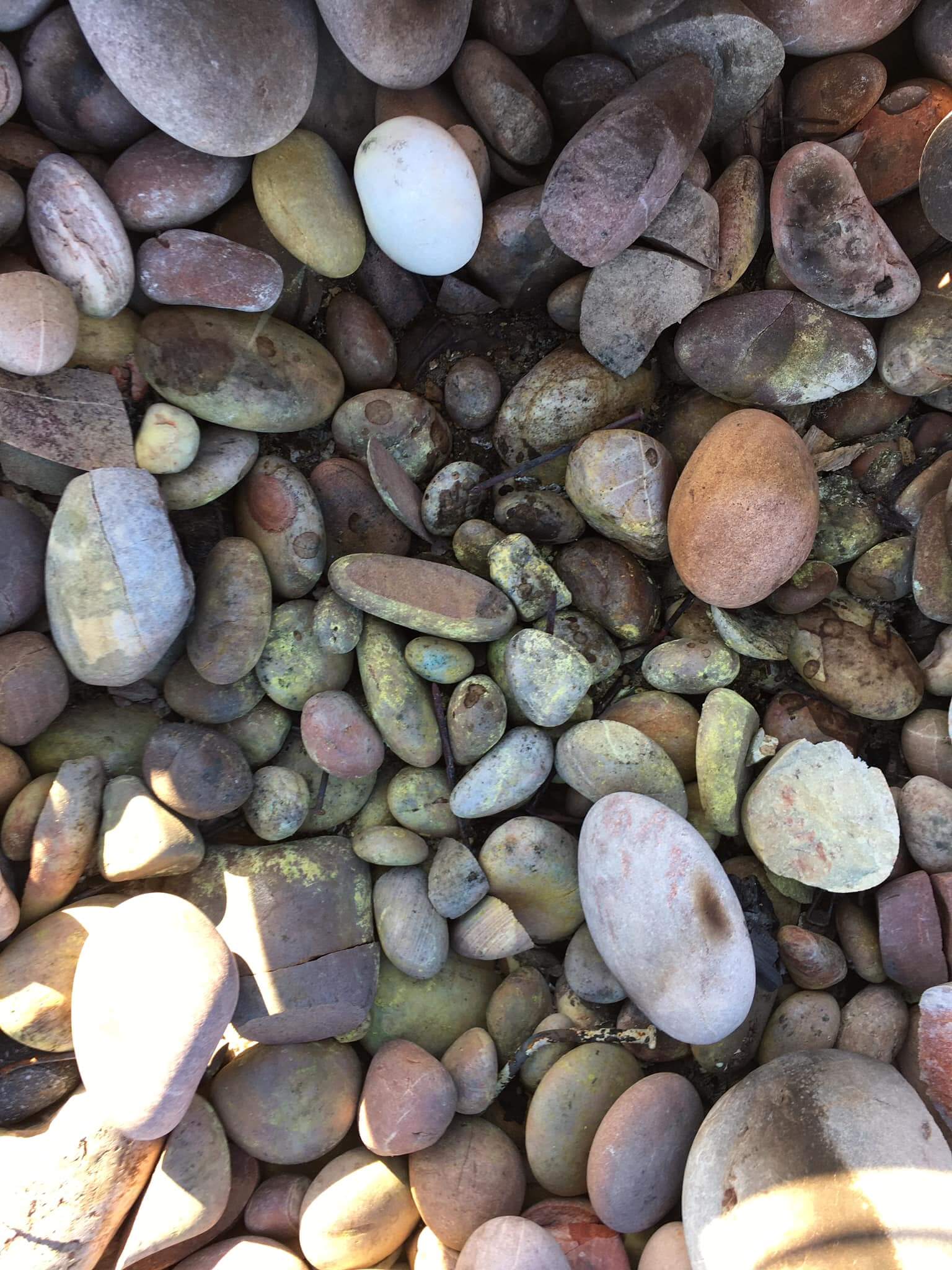 Thousands of nails have been picked up over the last six months by the clean-up group.
Photo: Clean Beach Budleigh

Marta added: “I am concerned, thinking about how dangerous those hooks and nails could be to bare feet, people or animals.

“It doesn’t exactly encourage me to visit the beach. I have been there more times to clean it than to really enjoy it.

“I care about it, as do lots of people. But there are still people that don’t and only with information, and encouraging people to do things correctly, we can improve the place we live.”

Clean Beach Budleigh recorded its latest findings with the Maritime and Conservation Society.

Volunteers picked up six kilograms of rubbish from a 500-metre stretch of beach, finding more than half of the debris to be metal and a quarter of the litter was identified as being left by the public.