Tuesday, October 27
Trending
You are at:Home»Sport»Golf»Axe Cliff golf: Bench in memory of Peter and a good turnout for annual Yellow Ball Trophy

It was played in teams of three and the competition was played throughout in near gale force winds which led to a lot of yellow balls being lost far too early in the round.

It is a stableford format with the two best holes to count.

However, whoever was playing with the yellow ball, his score counts double. To add to the excitement and nerves the yellow ball changes each hole as it must alternate consecutively between all three team members unless it is lost.

Last year I didn’t even see it as it was my time on the third hole and good old Geoff Hughes lost it on the second.

Luckily we have three members who are not only good players in their own right, but also have yellow as their favourite colour. They are Dave Weston, Brian Thompson and

Tony Strong, who won with an amazing 101 points, but were pushed, this year, by two teams on 99 points namely Adrian Bishop, Richard Orsman and Bob Berry plus Dave Morgan, Paul McGuire and Roger Hill.

Adrian’s team took second on the back nine and it was great to see Bob Berry play his part having re-joined the club this year.

Dave, Brian and Tony have now won this trophy for the past three years – perhaps it ought to be included in the Guiness book of yellow records?

Mind you, this year, and probably due to the excessive winds, there were 17 fewer points than in the 2019 meeting!

It turns out the trio’s win was not without its dramas!

Brian reports that the key was they ‘did not lose’ their yellow ball. What’s more, on the difficult par three seventh holes they were all down for three.

They then, between them, had a fantastic birdie on the long par five ninth hole for four points. 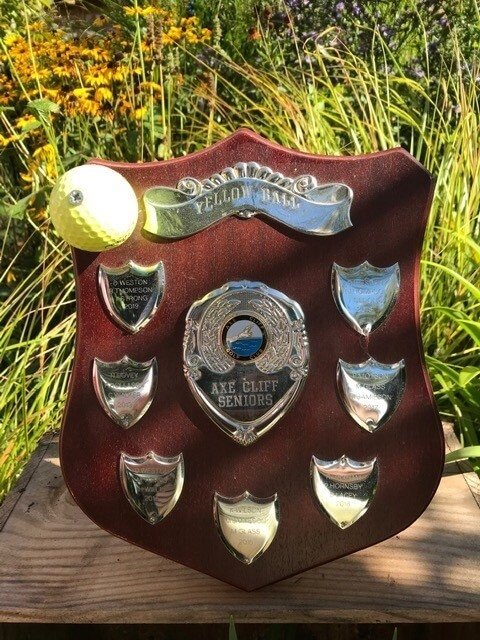 The course continues to play and look well thanks to the new mowers and army of volunteers helping the greens team.

The greens have been treated for ‘dollar spot’ fertilised, tined and top dressed.

It is wonderful to see the new Portugese Laurels appearing near the fifth and 13th trees and, if they grow as hoped, will eventually provide a ‘welcome barrier’ against any slicers.

We now have a new bench near the seventh tee which was generously donated to the club by Mavis Motson who is the late Peter Motson’s wife. Peter is fondly remembered by many seniors and particularly by Simon Wellington, our manager.

Peter was a lovely soul and I remember his beach barbecues followed by a swim all in support of our Twinning Group with Thury Harcourt in France. 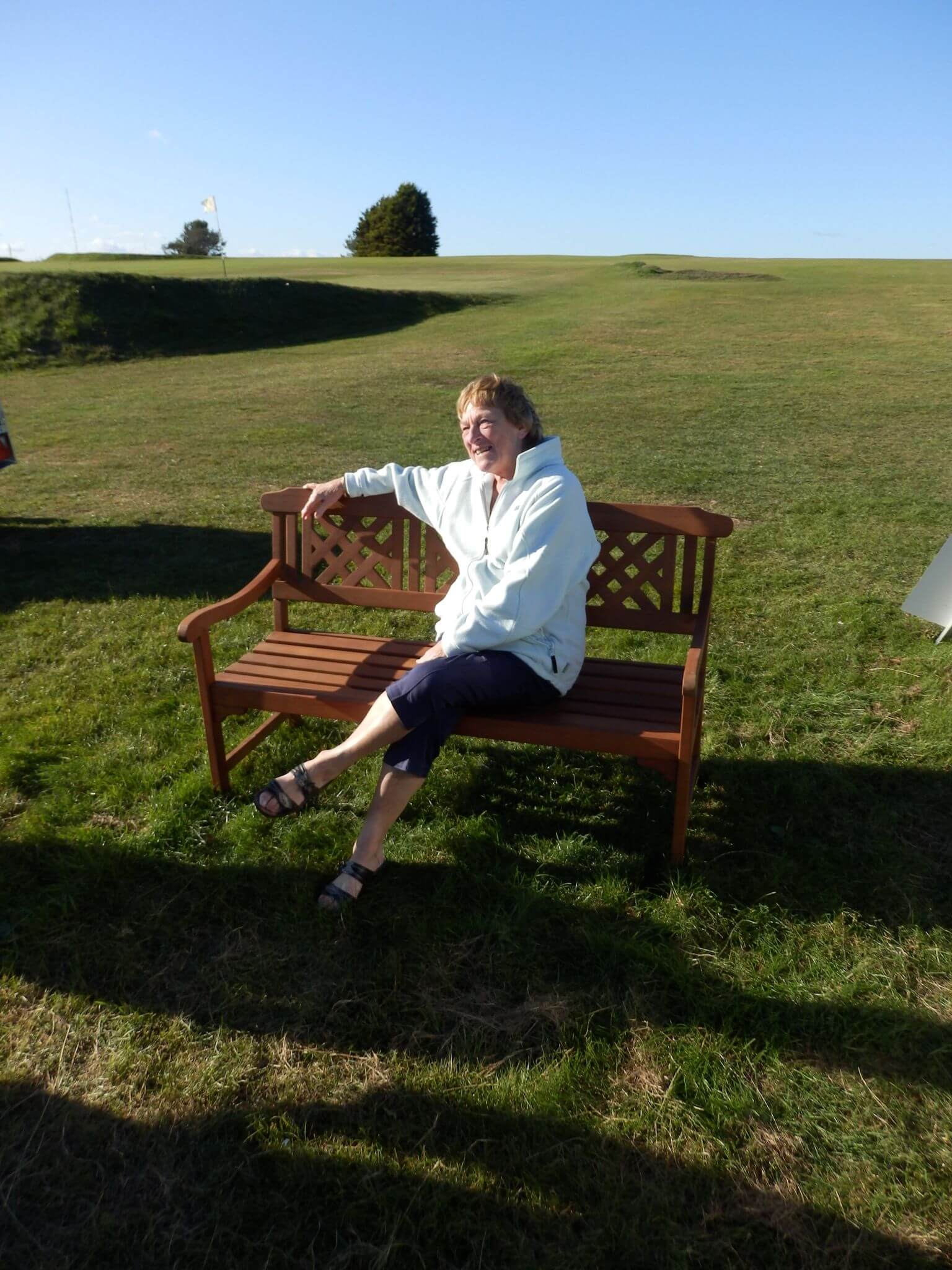 Mavis Motson, wife of the late Peter, sitting on the bench that the family have presented to the Axe Cliff Golf Club. picture: The Motson Family

Simon and him had many chats about the arts and other general knowledge and their overseas travel.

We all miss Peter, who sadly passed this year, be we can now fondly recall our memories every time we pass or sit on his bench.

We have a lovely picture of Mavis sat on the bench with a lovely blue sky in the background.

Peter would have loved to have seen the friendly seal which was seen by many last Friday very close to the beach.

Our friend Cath and her sister Anna were on the beach and quickly swam out to it for some magical minutes before it disappeared again.

We also saw a pair of beautiful Red Kites, flying near the eighth green last Friday. How lucky we are in this beautiful part of Devon.