Saturday, January 16
Trending
You are at:Home»News»Sidmouth»Abandoned campfire at Sidmouth could have been found faster using What3Words, says fire crew

An abandoned campfire on heathland near Sidmouth could have been located ‘much quicker’ if the What3Words system had been used.

Sidmouth firefighters called to Mutters Moor on Sunday (September 20) are urging people to sign up to the free location app, saying the the exact spot of the campfire could have been pinpointed easily using the service.

The fire crew warned against lighting fire and barbecues on heathland, where flames can spread rapidly out of control.

Sidmouth firefighters thanked the caller for raising the alarm, and the public for helping to locate the campfire.

A Sidmouth Fire Station spokesman said: “We had a shout to a campfire at Mutters Moor that had been left alone and hadn’t been properly extinguished.

“The caller gave some details but didn’t leave a precise location. We eventually found the fire quite away from the carpark.

“All of the emergency services have the capability to use the What3Words app.”

He added: “We would also like to remind people that you should not be lighting fires or barbecues on our pebbled heaths.

“Fire spreads rapidly and can destroy valuable habitats for wildlife, and can be very difficult to extinguish.”

The fire station has issued a photo that shows the exact location of the Mutters Moor campfire, using the What3Words app.

The fire station spokesman said: “If this had been used, we would have found it much quicker.

“Thanks to the original caller and members of the public who helped us to find the fire.”

The fire station used the What3Words app to show how the exact location can be found.
Photo: Sidmouth Fire Station. 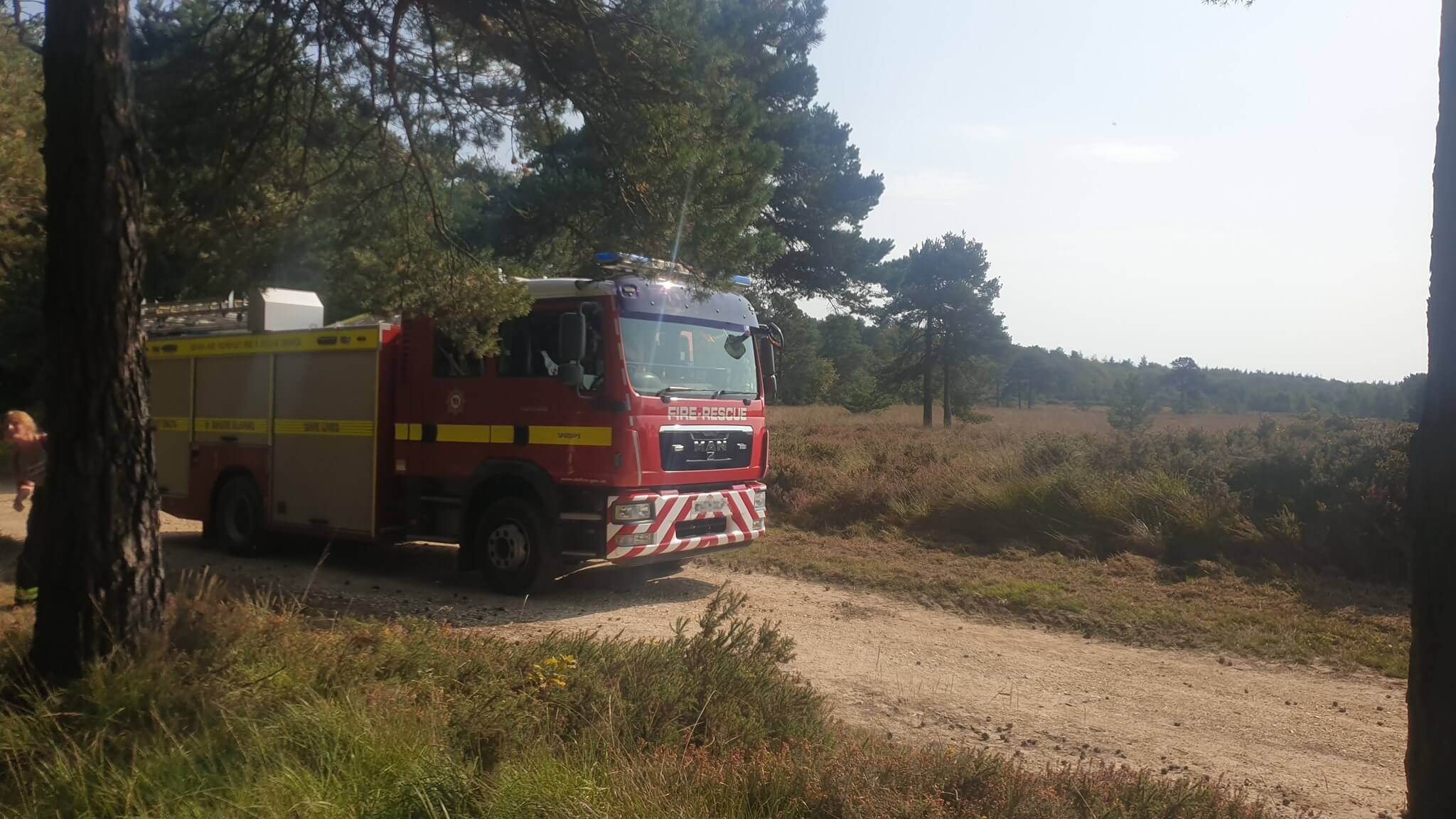 Sidmouth firefighters encouraging people to download the app said the system benefits the caller, casualty and those trying to locate them.

The system works through an app that has divided the world into three-metre squares, each with its own unique combination of three words, which are as accurate as GPS coordinates.

The Sidmouth Fire Station spokesman said: “We would encourage anyone to download the What3Words app, not just for our benefit but for their own benefit.

“We are aware of people who have been rescued by emergency services using the app.

“People who have injured themselves while out walking have been able to direct rescue services to their exact location.”

Firefighters said the app was ‘vital’ in quickly getting emergency help to where it needed to be.

The spokesman said: “How would you describe your location to a 999 operator who may be hundreds of miles away and not know the area?

“If you had a car fire or road traffic collision in an unknown rural area how would you give your location?

“This app is used by most 999 control rooms. Getting help to you as soon as possible is vital.

“The app is free and easy to use.”

He added: “Consider using a screen shot of where your car is parked or a meeting point for friends should you get lost or separated.”