A late goal from Ryan Mitchell completed a remarkable comeback for Otterton Football Club in a 5-4 Devon and Exeter League win over Teignmouth.

The home side were slow to get into the opening-day game and fell two goals down early on.

This prompted a switch by the home management with the introduction of Lee Mitchell from the bench and straight into a forward role, while Ryan White moved into the right-back berth.

And the ‘switches’ paid instant dividends with Otterton looking a much more composed outfit.

A clinical header from Jamie Cardwell sent the Ottersinto the interval just a goal behind.

There was a similar start to the second half in terms of Otterton sluggishness and they conceded again to trail 3-1.

That’s the way it remained until, with 20 minutes left, a Dale Roberts free-kick was angled into a crowed area where it beat everyone, including the Teigns glovesman.

That spurred Otterton forward, but there were just five minutes left when they won another free kick and this time Cameron Brown stepped forward to arrow the ball into the top corner to level things up.

The closing stages were end-to-end, but there was time for one more goal with Ryan Mitchell the scorer to seal a superb 5-4 win for the Otters.

After the game, the Man of the Match award was presented to Lee Mitchell.

Otterton are back in action on Saturday (September 26) with an away game at Dunkeswell Rovers. 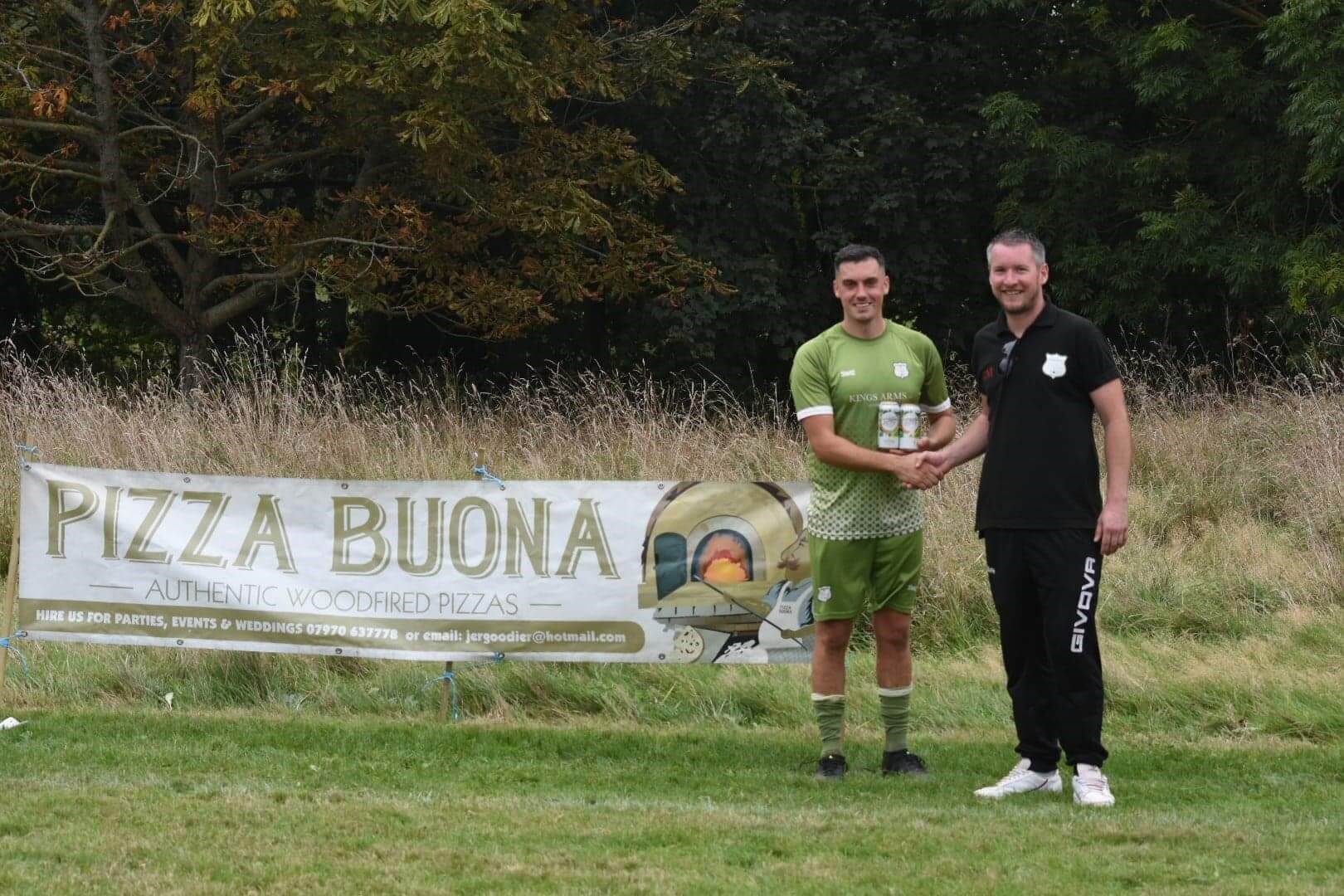 The Man of the Match award was presented to Lee Mitchell. Picture: Jason Sedgemore