Diners in East Devon collectively saved more than £1million as part of the initiative, while those in Exeter were £660,000 better-off.

Statistics show more than 1.7million meals were claimed in Devon, where 1,539 businesses took part in the 50 per cent discount initiative during August.

In excess of 100 million meals were claimed from 84,700 participants across the UK.

Eateries in the North Devon constituency claimed the most meals – a total of 239,000 – in the county.

In East Devon, where 147 restaurants registered, the average discount per meal was £5.04.

On average, each registered restaurant in Devon claimed 1,129 discounted meals – 87 a day for the 13 eligible days.

Government statistics for the Eat Out to Help Out scheme in the South West. 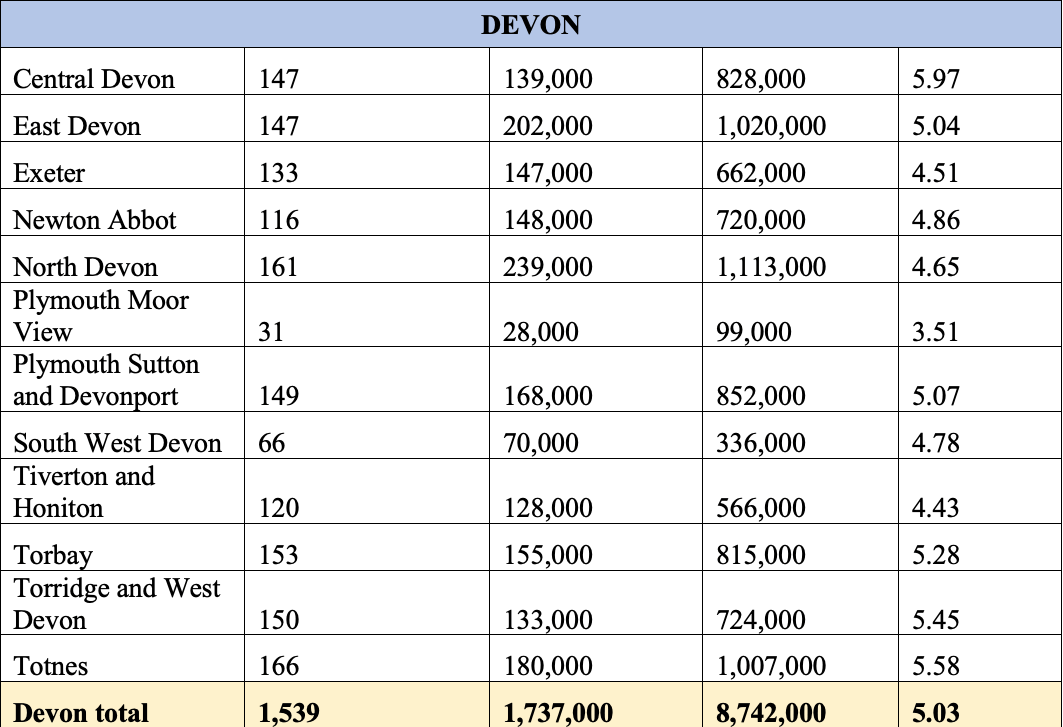 Government statistics for the Eat Out to Help Out scheme in Devon.

The Eat Out to Help Out scheme was designed to support the hospitality industry through the coronavirus crisis.

Chancellor Rishi Sunak said: “I want to thank everyone, from restaurant owners to waiters, chefs and diners, for embracing it and helping drive our economic recovery.”

The scheme is credited with protecting 1.8million jobs across the country, with restaurant bookings significantly up on the previous year.

Data from OpenTable shows bookings increased by an average of 52 per cent on Mondays, Tuesdays and Wednesdays throughout the whole of August, compared to the same days in 2019.

The Government says Eat Out to Help Out was just one part of its £30billion Plan for Jobs to help the country bounce back from the Covid-19 pandemic.