Friday, August 19
Trending
You are at:Home»News»East Devon»Cranbrook»‘Significant changes’ made to vision for Cranbrook town centre – as crucial talks are postponed

Vital talks over the future of Cranbrook town centre have been postponed after a consortium of developers made ‘significant changes’ to plans for the much-anticipated area.

A Morrisons supermarket, new shops, town square, skate park, nursery and emergency services hub have been on the cards for the new community as part of existing proposals.

But mystery now surrounds the project after the vision was amended – with the revisions yet to be made public.

East Devon District Council’s (EDDC) Strategic Planning Committee had been due to discuss Cranbrook town centre on Wednesday, September 23, but the meeting has been put on hold.

An EDDC spokesperson said: “A key element of the meeting was to discuss the proposal put forward by the EDNCp who are the developers for the majority of Cranbrook and have control of the land in the town centre.

“However, the proposals put forward by the EDNCp were significantly amended earlier this week.

“The scheduled meeting has now had to be postponed so that the proposed changes can be fully considered and councillors properly advised of the proposed deal and its impacts.

“A new report for the committee will now be written detailing the amended proposals from EDNCp and help councillors and the community to understand the proposals that are being put forward.

“The report will be published at least five working days before the committee meets.” 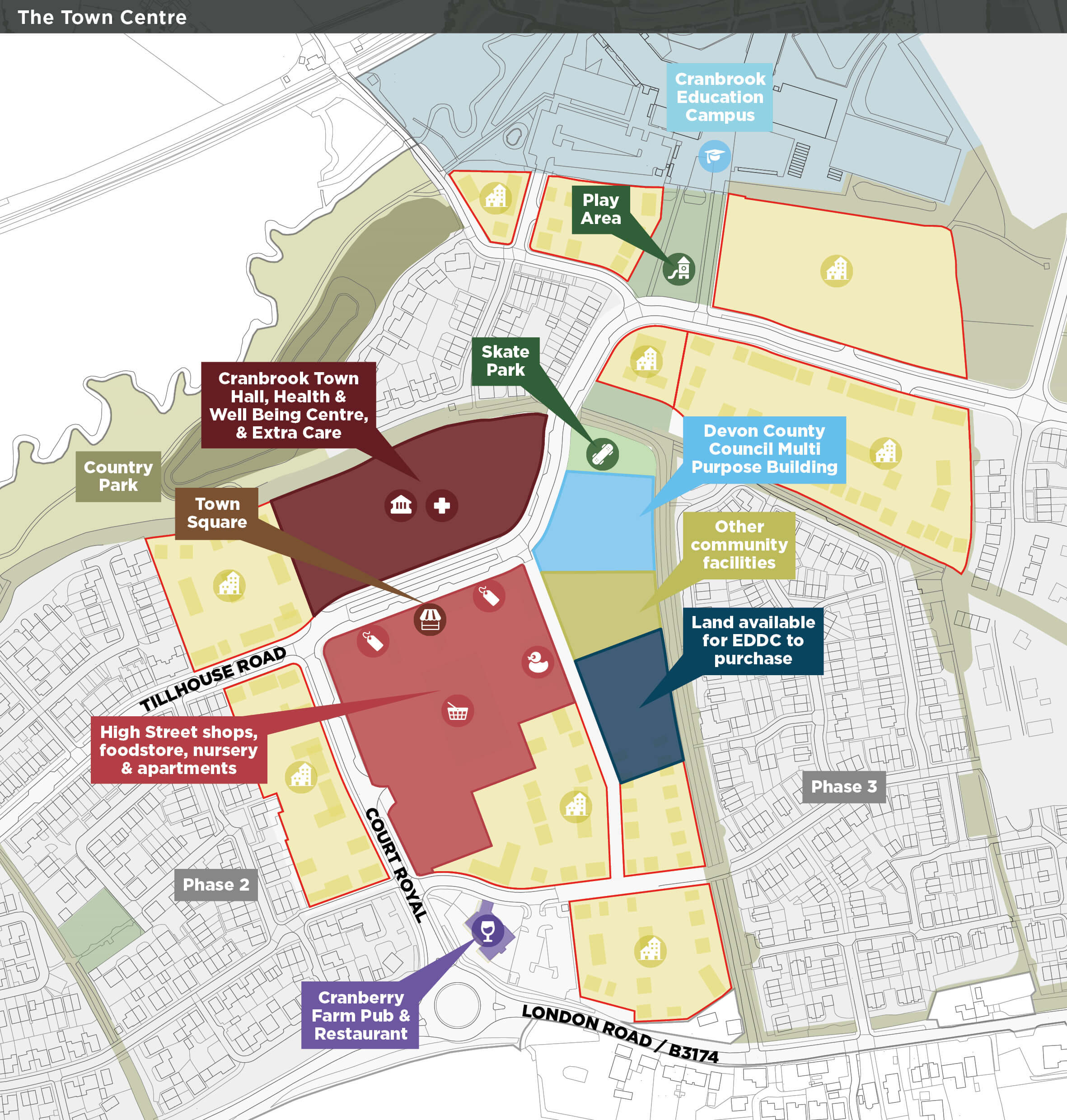 EDDC is due to decide between a pair of competing outline schemes proposing how the vision for Cranbrook town centre can be delivered.

The EDNCp had outlined plans for range of facilities, the majority of which to be delivered by the end of 2021.

An alternative proposal also being considered would see a masterplan for a ‘more ambitious’ development created – but this would take longer with no guarantee over funding.

It would include similar facilities to those listed in the consortium’s proposal, as a hotel, leisure centre and swimming pool, and some workshops and light industrial units.

Councillor Dan Ledger, EDDC portfolio holder for strategic planning, said: “The council understands the need for services and facilities to be delivered in Cranbrook town centre as soon as possible and remains committed to moving forward with discussions as a matter of urgency.

“It’s vital, however, that the discussions are informed by the most up-to-date and accurate information and that the proposals to be discussed are in the public domain and discussed in an open and transparent way.

“This would not have been the case had the scheduled meeting gone ahead.”

He added that EDDC will be looking to set a new date for the meeting in October.