Firefighters from Seaton and Colyton tackled an accidental tractor blaze in Whitford.

A water bowser from Dorset was also called to Colyton Hill in the East Devon village, near Axminster, after the alarm was raised at around 5pm on Wednesday (September 17).

Crews arrived to find the tractor engulfed in flames.

The fire was extinguished and the area made safe. The cause of this fire is believed to be accidental…

They donned breathing apparatus and used compressed air foam and a hose-reel jet to extinguish the fire.

A Colyton Fire Station spokesperson said: “The driver acted quickly when he realised there was a problem and got straight out of the vehicle and moved to safety whilst dialing 999.”

The owner of the tractor told the crews: “That’s why we need our local rural fire station.” 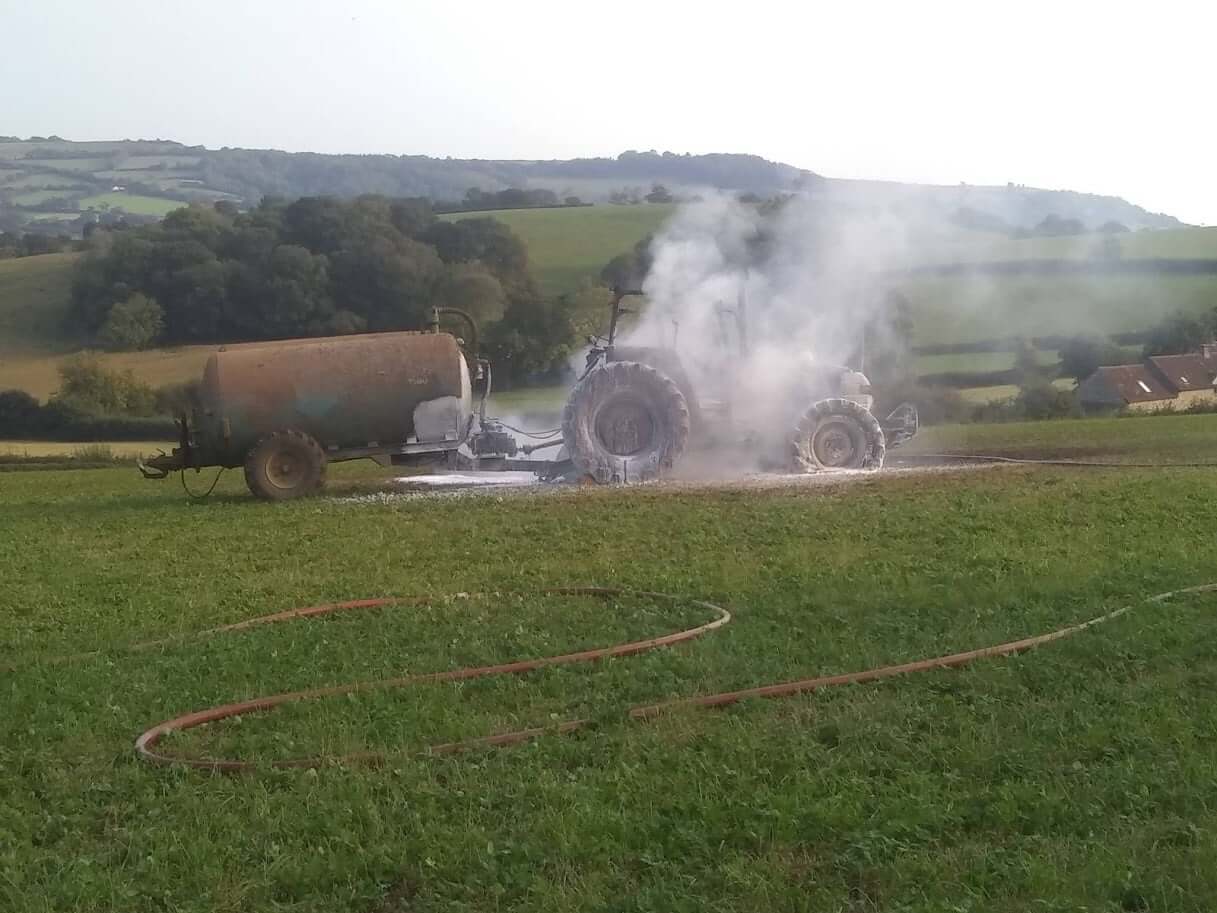 The aftermath of the tractor blaze in Whitford. Picture: Colyton Fire Station

A Devon and Somerset Fire and Rescue Service spokesperson added: “Fire control received a call reporting a tractor on fire at the location.

“Once the crews got in attendance the officer in charge confirmed this to be one tractor well alight.

“The crews got to work to extinguish the fire with the use of compressed air foam system, one hose-reel jet, four breathing apparatus and one thermal imaging camera.

“The fire was extinguished and the area made safe. The cause of this fire is believed to be accidental.”