Reports of a paddleboarder struggling to reach the shore near Jacob’s Ladder and a kayak adrift off Sidmouth were weekend launches for the town’s lifeboat crew.

Sidmouth Lifeboat on Saturday afternoon (August 29) launched after a paddleboarder was reported to be struggling in the water off the rock islands by Jacob’s Ladder.

The lifeboat crew was on Sunday morning (August 30) alerted to a kayaker in the water off Sidmouth beach, helping them back to shore.

A Sidmouth Lifeboat spokeswoman said: “The lifeboat first launched on Saturday afternoon in response to reports of a paddleboarder struggling to get back to shore off the rock islands by Jacob’s Ladder.

“The lifeboat launched, before being stood down by the coastguard as the paddleboarder had already safely made their way back to shore.

“On Sunday during morning training, the crew at sea were alerted to a kayaker who had become detached from their kayak and was in the water off of Sidmouth beach.

“The kayaker was wearing a buoyancy aid and was not in distress, however the kayak itself had drifted two-hundred metres down the beach in a westerly direction.

“The lifeboat assisted the kayaker in retrieving their kayak and delivered both safely back to shore to continue their paddle.”

Sidmouth Lifeboat mannequin, Sid, who is traditionally found standing outside the seafront boathouse, surprised passers-by by ‘coming to life’ at the weekend.

The lifeboat spokeswoman said: “Locals will know that Sid and Alma usually stand very still outside the lifeboat station in all weathers, collecting donations for Sidmouth Lifeboat. “However, this weekend, Sid magically came to life, surprising people walking by, by saying ‘hello’ and waving.” 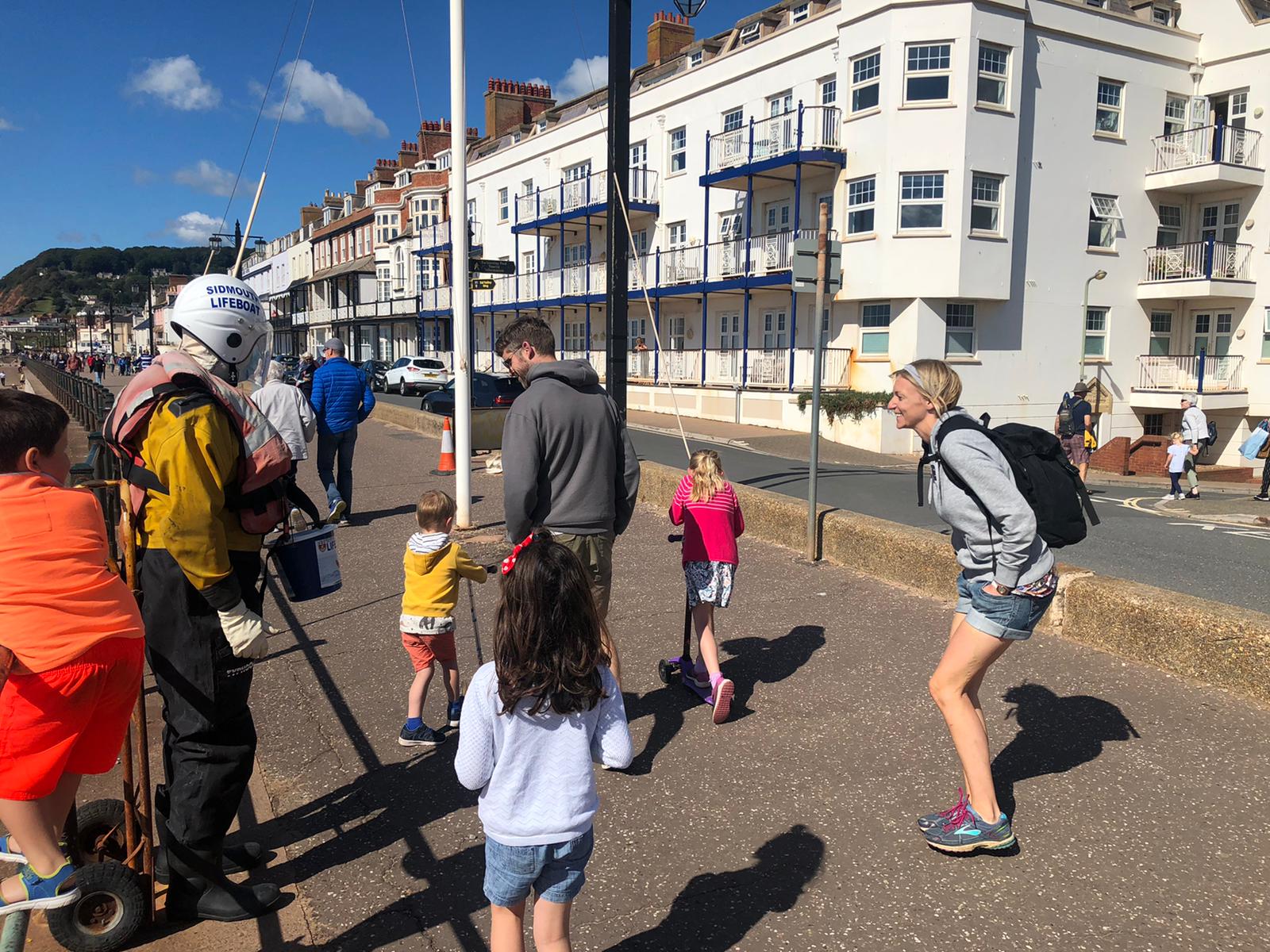 Sidmouth Lifeboat mannequin, Sid, who is traditionally found standing outside the seafront boathouse, surprised passers-by by ‘coming to life’. 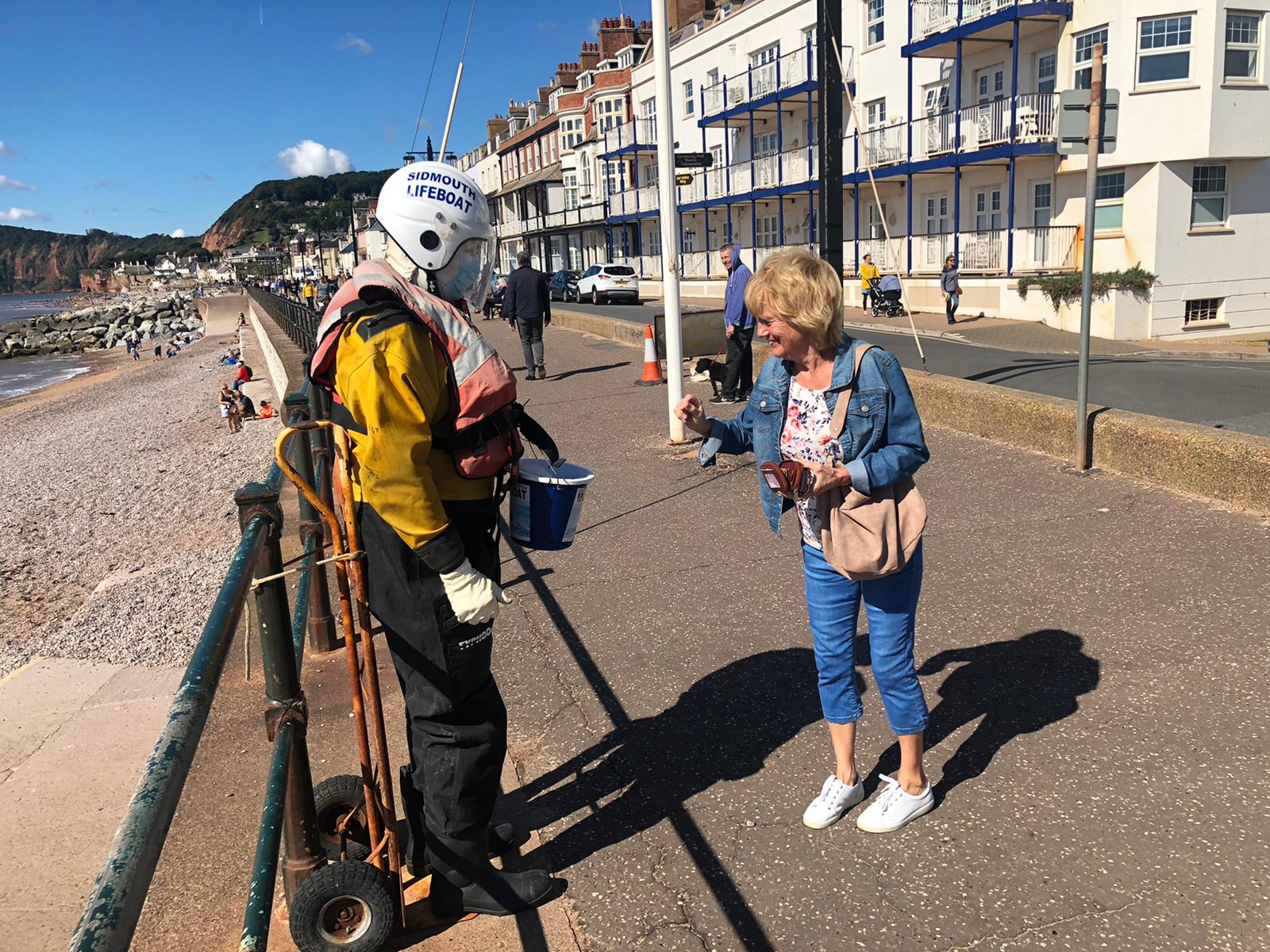 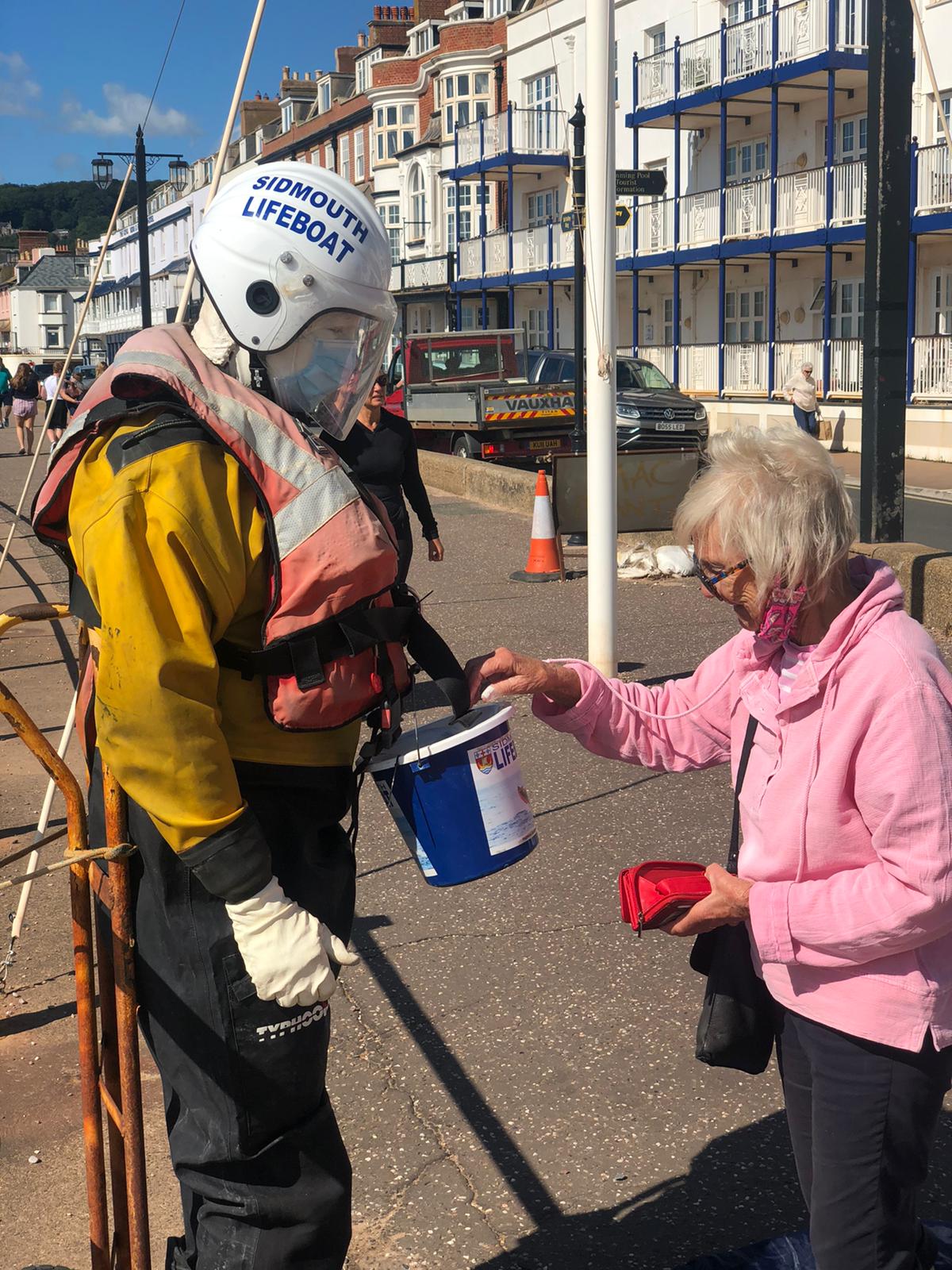 PHOTOS: Look back to when Red Arrows wowed crowds at Sidmouth Air Show 2017