Thursday, October 29
Trending
You are at:Home»News»East Devon»Cranbrook»Cranbrook dad speaks of fear felt amid lockdown when his wife gave birth suddenly and their baby girl was born unresponsive on the bathroom floor

“I was certainly the most scared I have ever been in my life – I actually thought I was going to lose them both.”

A dad from Cranbrook, who turned midwife, has told his lockdown true story of his baby daughter’s unexpected birth on the bathroom floor.

Paul Wightman, 44, of South View Pasture, Cranbrook, has spoken to The People of Devon Project of the night his 36-year-old wife, Louise, gave birth to their second child, Eva, before medical help could arrive.

Dad-of-two Paul told of the fear he felt when baby Eva Helen was born unresponsive and not breathing, with the umbilical cord wrapped around her neck.

Paul, who called 999 and turned midwife after his wife suddenly went into labour at the couple’s Cranbrook home, said: “The baby was blue, she wasn’t breathing. I thought we had got a still-born. That was going through my head.

“The call handler told me how to take the cord off from around her neck and I cleared her mouth.

“My wife was rubbing her back vigorously. It was an incredible sound, to hear her cry.

“After she was born, my next worry was keeping her alive. When we had our first my wife lost quite a lot of blood.

“I was concerned I was going to lose both of them on our bathroom floor.

“The call handler was awesome. She kept me calm and kept me talking until the paramedics arrived.

“I was so pleased to see the paramedics. I did have a bit of a cry when they turned up.” 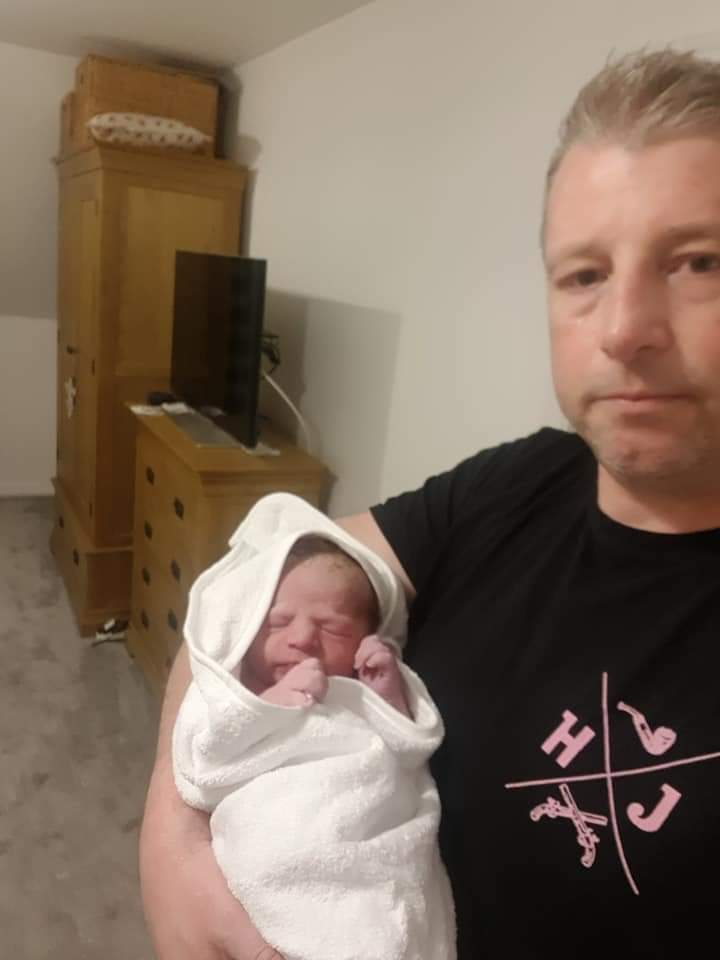 While medics attend to Louise, Paul holds his baby daughter half an hour after she was born on the bathroom floor. 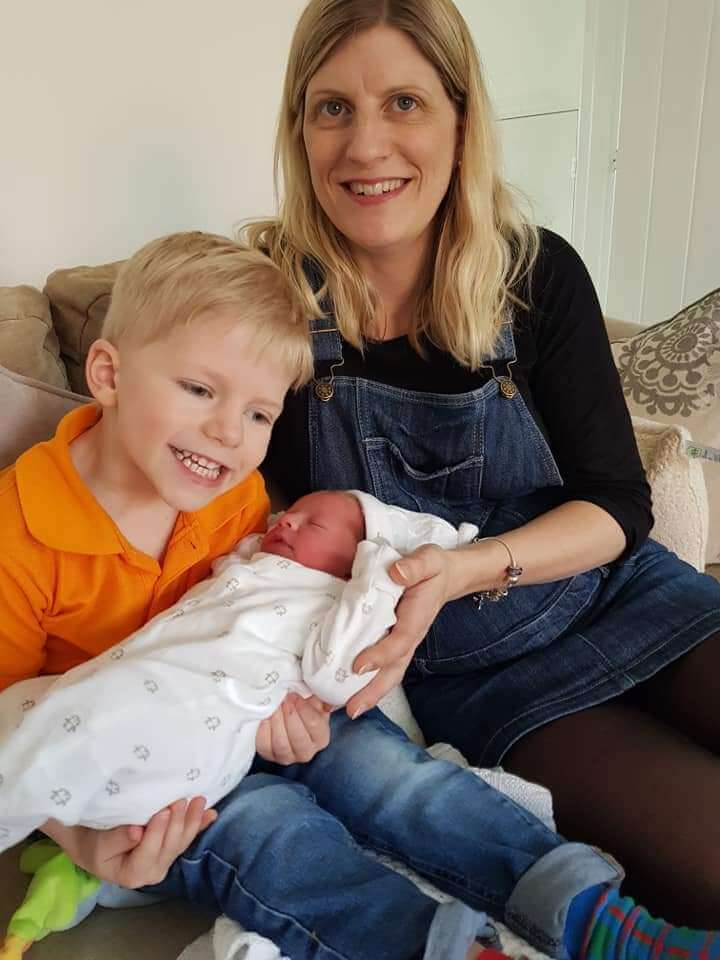 Lockdown had begun and Louise had been told by the midwife that her baby was days away from birth.

Arriving home from the routine check-up, Paul and Louise settled in for the evening, putting their four-and-a-half-year-old son, Jack to bed.

When Louise’s contractions began hours later at midnight, she woke Paul. He called the maternity team, who told them to stay at home because Louise’s waters had not yet broken.

They phoned Louise’s mum in Newton Abbot, who had been on stand-by to look after grandson Jack.

The couple set about getting ready to leave for hospital; Louise had a shower, followed by Paul.

“My wife came into the en-suite while I was in the shower and said ‘my contractions are really bad, I can’t cope with the pain’,” said Paul, who instantly called the maternity triage team with an update after his Louise’s waters broke.

“She was in our bathroom, when she said ‘my god I can feel the head’.  My reaction was ‘no you can’t’.  She was standing up over the toilet and I thought ‘my god, you can’.”

Paul was told by the maternity team to dial 999 immediately, and ask for an ambulance.

“The maternity triage said you have got to phone 999 and hung up.”

Paul called the emergency services and helped Louise to the bathroom floor to give birth.

A 999-emergency call handler stayed on the line talking to Paul as an ambulance on blue lights was sent to Cranbrook.

Former Flybe worker Paul was calmly taken through what he must do when the baby arrived with the umbilical cord wrapped tightly around her neck.

For 15 minutes, until paramedics arrived, Paul concentrated on keeping his new baby daughter alive while his wife lay on the floor where she had just given birth.

Paul, who was so inspired by his call handler’s kindness he recently went to temporarily work in the 999 call centre, added: “We didn’t know whether we were having a boy or a girl. I didn’t think to ask when the baby was born. I was just trying to keep her breathing.”

The new mum and baby – named Eva after Paul’s grandmother, and Helen after his sister who died suddenly in April 2000 – were whisked to hospital and discharged home to Cranbrook the following morning.

Paul, whose wife Louise was in labour for five days with their first child, said: “I can look back now and think actually it’s a really good experience – but I wasn’t thinking that at the time.

“I was certainly the most scared I have ever been in my life. I actually thought I was going to lose them both.

“It was a horrible, horrible, feeling and one I certainly wouldn’t want to repeat.

“Now it’s all fine, I can look back with some affection.

“We were hoping for a much quicker birth, but not that quick.” 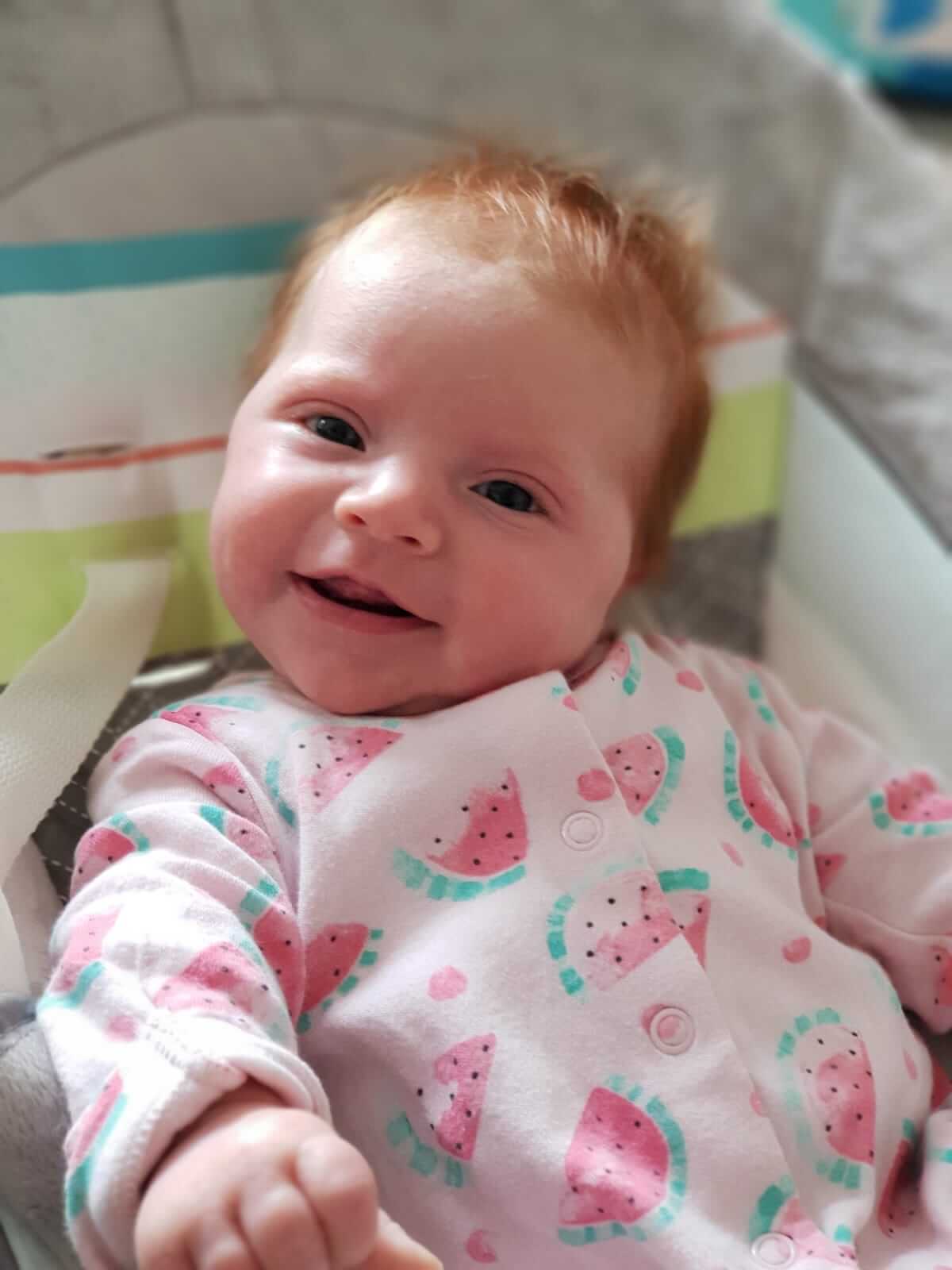 Baby Eva was born at home during lockdown, with the umbilical cord wrapped tightly around her neck. 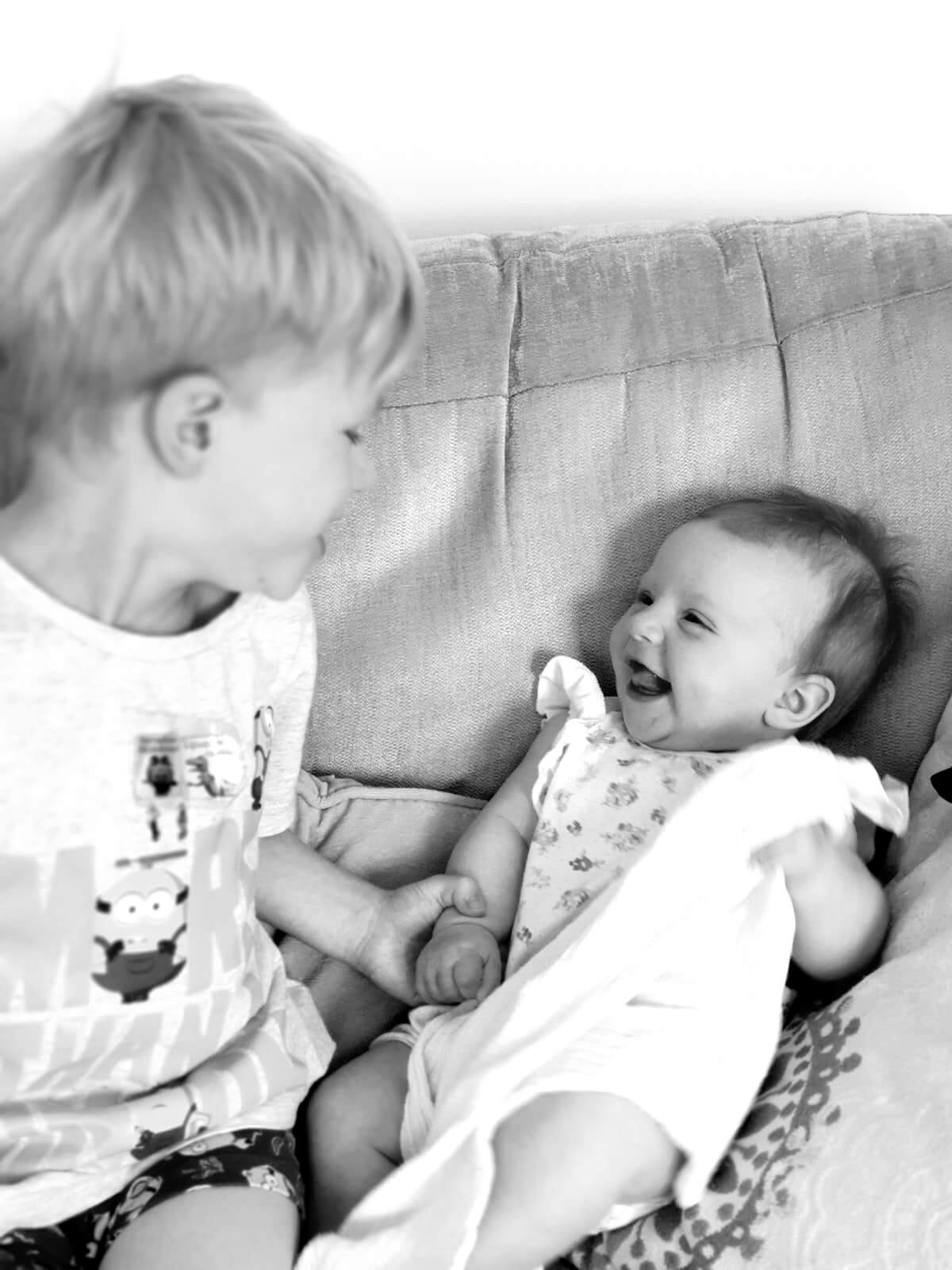 Jack and his baby sister, Eva. 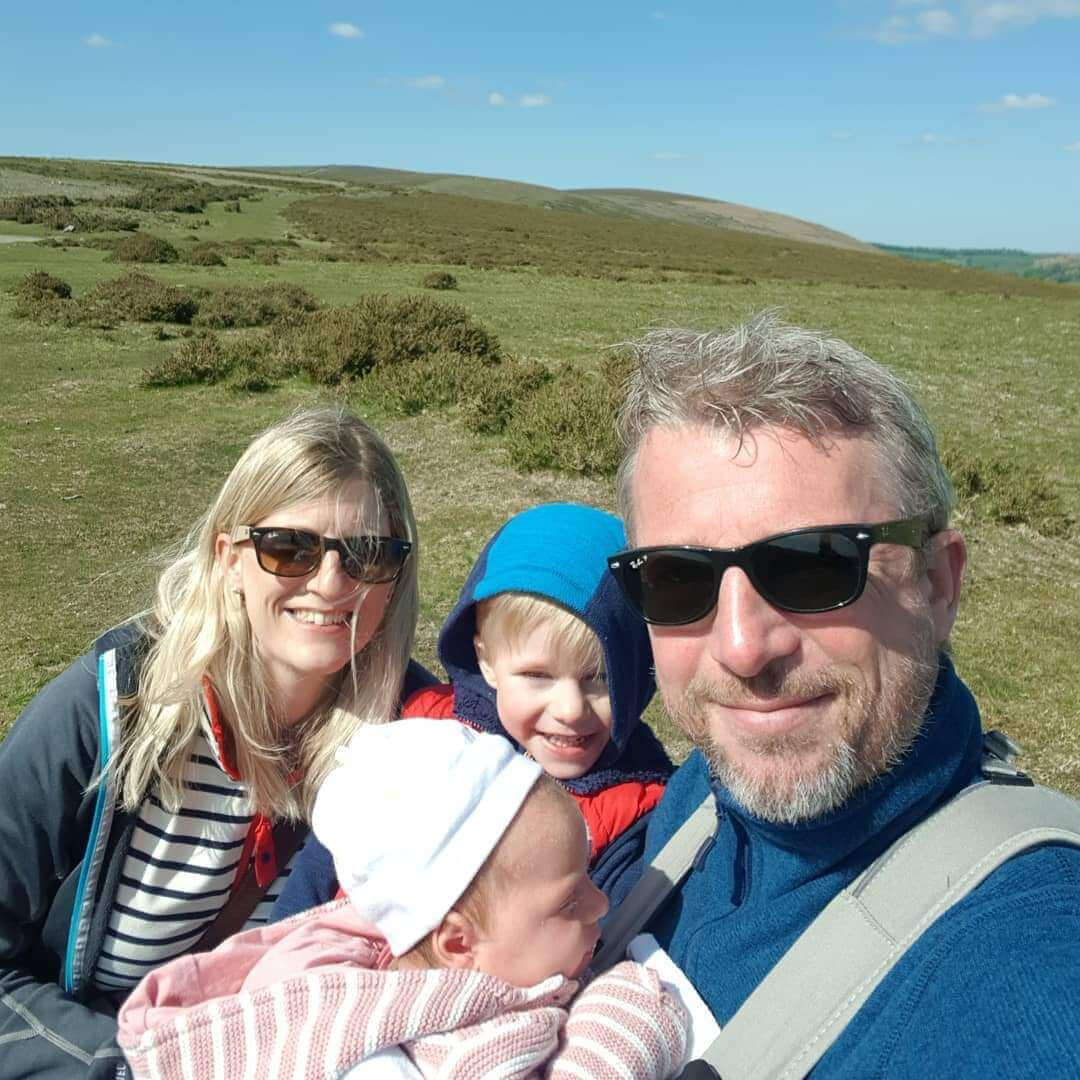 Louise, Jack, Paul and baby Eva on a family day out in Devon.

Luke Burgon, from Exeter, has told The People of Devon Project his story, The Weight of Dreams, and how he converted to Islam, opened a successful barbershop and became a first-time dad.

Luke, owner of The Roots Foundation Barber Shop, in Exeter, said: “It was very cathartic. I got calls from several people that read the story thanking me for being so open about the struggles I faced as a first-time father.

“It is a great feeling to know that my story has not only entertained but helped other people.”

The People of Devon Project was founded by Francisco Fonseca during the coronavirus lockdown.

To see more stories from The People of Devon Project, where you can also find out how to include your own, see here.