New plans to redevelop the former ambulance station in Exeter have seen student flats swapped for a high-quality ‘co-living’ scheme.

Revised proposals for the purpose-built property in Gladstsone Road have been drawn up after months of in-depth discussions with the city council.

Original blueprints from the Watkin Jones Group would have seen the site’s existing buildings demolished and replaced with a five-storey block of student flats with 154 bed spaces.

Those plans have  been amended and will instead see 134 co-living studios provided instead. 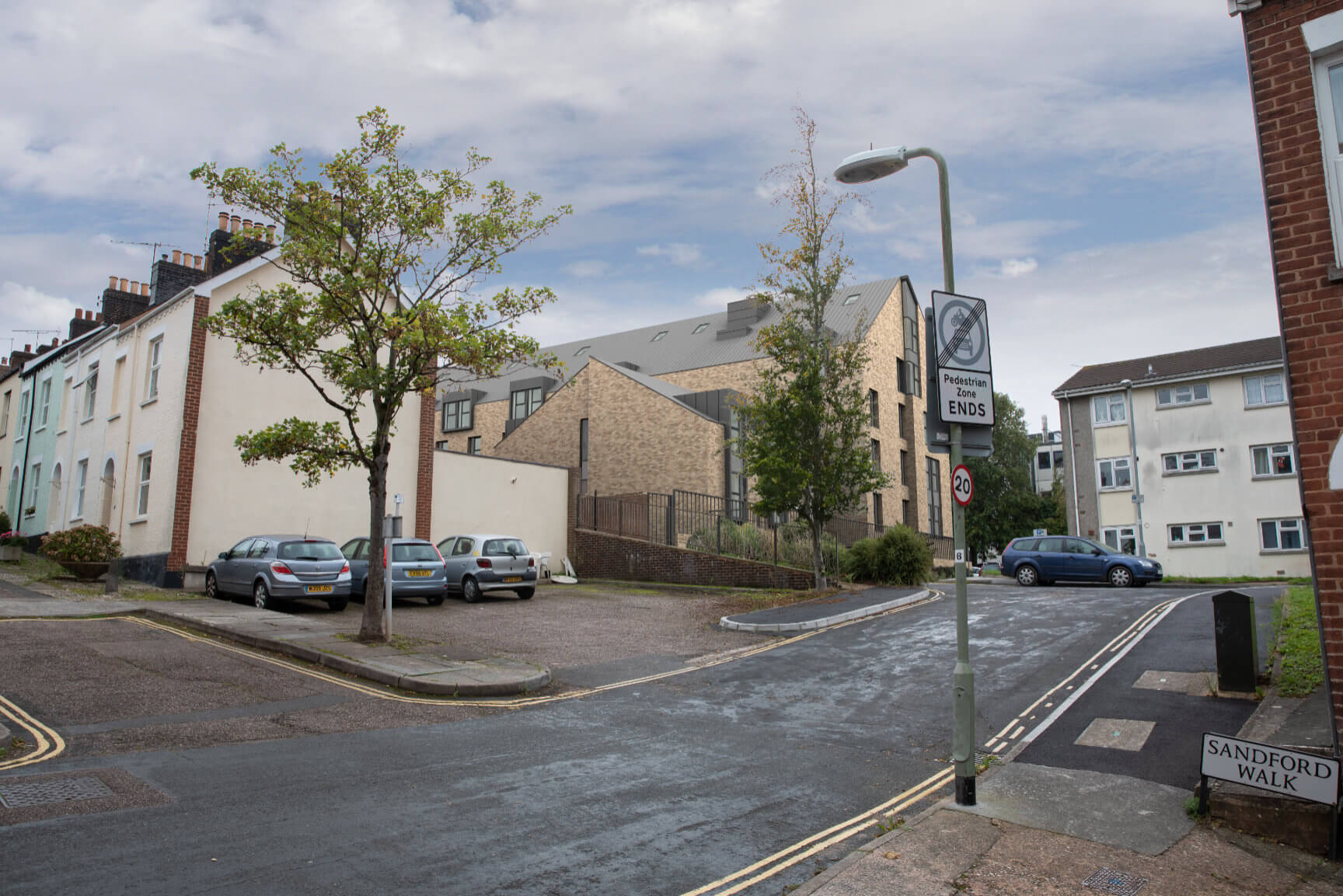 Iain Smith, planning director for the Watkin Jones Group, said: “We know that Exeter City Council has identified that co-living developments such as this will provide much-needed housing to help retain graduates in the city, helping it meet its ambitions for employment and productivity growth.

“We have been working closely with the council’s planning team for many months to bring forward proposals to help the city meet its ambitions and have incorporated a number of design changes following those discussions.

“The proposed scheme has been completely redesigned to reduce scale and massing.

“The introduction of pitched roofs means the building sits very comfortably within the immediate neighbourhood.

“We have also achieved larger room sizes for the 134 co-living studios, each of which will accommodate a double bed, kitchenette, bathroom, study area and casual seating within a 20sq m room – larger than the average co-living studio in other UK cities.

“Tenants will be able to walk, cycle or catch a bus to their place of employment, whether it is in the city centre, the Royal Devon and Exeter Hospital, the Met Office or Exeter Science Park, for example.

“The location is also ideal for residents to be able to take advantage of the city’s major leisure, entertainment, and retail offerings.

“Our proposal will also, unlike purpose-built student accommodation, contribute directly to the city by way of council tax which will be paid via the building’s operator.

“Besides the immediate benefits to the local area and the city as a whole, the sale of the site will also release funds to the South Western Ambulance Service NHS Foundation Trust.

“This development will provide high-quality accommodation in the heart of the city, helping the council achieve its ambition of balanced and sustainable communities in Exeter, while retaining graduates in key fields such as digital and climate change.”

Subject to planning permission, it is hoped that the accommodation will welcome its first new residents in 2022.

Exeter City Council planners will decide on the revised scheme.