Thursday, October 1
Trending
You are at:Home»News»East Devon»East Devon council to fly Pride Flag and Bisexual Flag outside its Honiton HQ

East Devon councillors have overwhelmingly backed flying the Pride Flag and Bisexual Flag outside their Blackdown House HQ in Honiton.

Members on Thursday backed two motions put forward by Cllr Luke Jeffery that will also see the authority explore how it can better support the district’s LGBT+ community.

Honiton St Michael’s representative Cllr Jeffery, who is bisexual, told his East Devon District Council (EDDC) colleagues: “No-one should have to experience hate or have the validity of their existence questioned, which is something many LGBT+ people will have experience of.

“The council can show solidarity with the LGBT+ community and we can make a public statement of support for the community and it would mean a great deal as a gesture.”

Cllr Jeffery spoke of how reported hate crimes against people on the basis of their sexual orientation rose by 9.6 per cent in Devon between 2018 and 2019.

He added that those against transgender people had risen by 26.5 per cent in the county during the same period. 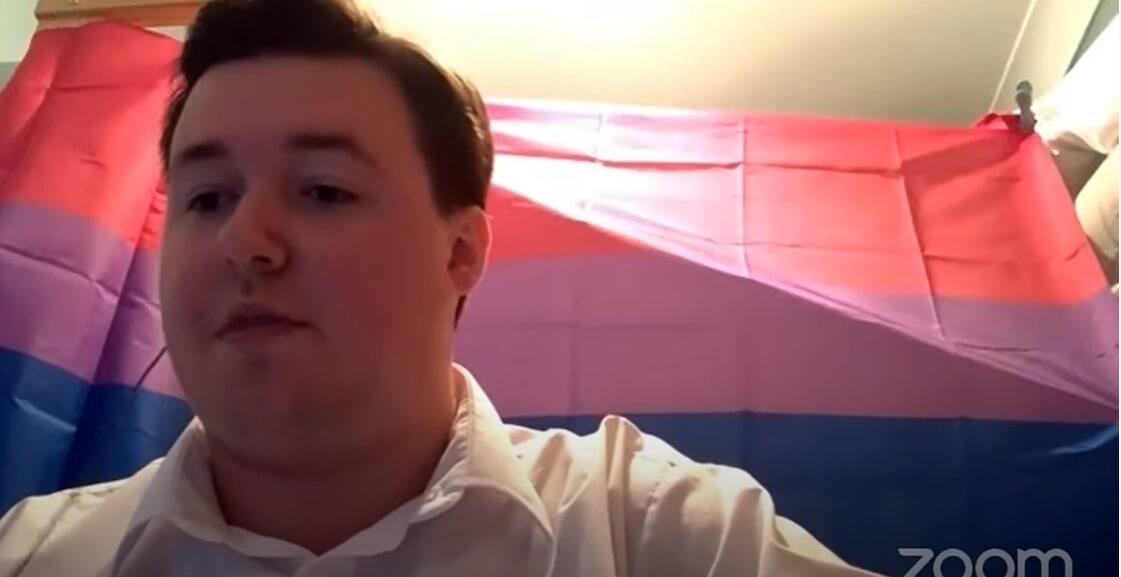 Cllr Jeffery’s first motion was for EDDC to commit to flying the rainbow Pride Flag during Pride Month and on the same day as any Pride events  within the district.

It also called for EDDC to engage with local charities and advocacy groups to see how it can better support the LGBT+ community.

The second motion proposed flying the Bisexual Flag on Bisexual Visibility Day and to promote awareness around the specific challenges faced by the bisexual community.

It will also see EDDC include specific materials about the bisexual community in any equalities training run for staff.

Both motions were seconded by Exmouth Town ward member Cllr Joe Whibley, who said: “I was saddened to learn that flying the Pride Flag was not done as a matter of course.

“It gives hope to people that they are not alone, isolated, or without support.

“I grew up gay in a rural environment where a homosexual was considered as rare a beast as a Scottish Conservative, but I was lucky enough that family and friends showed understanding and compassion and my sexuality mattered not one jot, but not everyone is that lucky.

“This is helping to drag the council into the 21st century kicking and screaming and this is the right thing to do.

“People may say, if we do this, then we have to do it for all the other minority groups – so I say let’s do that as that’s a great idea.”

Cllr Paul Millar added: “For me, quietly coming out in my late 20s without any fanfare, I compared it to how an elderly octogenarian would feel if they decided to ride a bike for their 82nd birthday.

“I was somewhat confused and slightly out of my depth, and I still struggle with my identity today.

“As much as society has changed, discrimination against the LGBT+ still exists in much subtler forms.”

Speaking after the meeting, Cllr Jeffery said: “I am delighted to see EDDC approve these two motions.

“It shows how EDDC is determined to show solidarity with its LGBT+ community who make up such an important part of our community.

“As an openly bisexual councillor I am especially pleased to see the motion recognising the specific challenges faced by my community and look forward to seeing the bisexual flag outside Blackdown House in September.”

Cllr Whibley added: “I am delighted and relieved that EDDC councillors do indeed live in the 21st Century and recognise the importance of this motion, and the positive benefits of recognising such important causes.”

Police warn cold-callers selling solar panels and insulation are in East Devon, knocking at homes in Dalwood and Stockland