These photos show some of the damage to a takeaway in Exmouth after a blaze broke out in a kitchen extractor unit.

Fire crews were called to Withycombe Village Road on Tuesday (August 19) after ‘numerous’ reports of smoke coming from the property.

Green Watch Exmouth was praised by colleagues for the part they played in stopping the spread of fire.

These images show firefighters from Exmouth and Middlemoor working to make the property safe after flames and smoke were seen coming from the building.

Watch commander Chris Gibbs, who was at the scene with the Exmouth retained crew, praised the town’s Green Watch, who were first to arrive, for halting the blaze.

He said: “Green Watch worked really hard. By the time we got there they had pretty much extinguished the fire.”

He added: “The fire had spread to the extractor unit and ducting on the exterior of the property, but was swiftly tackled by the initial crews.” 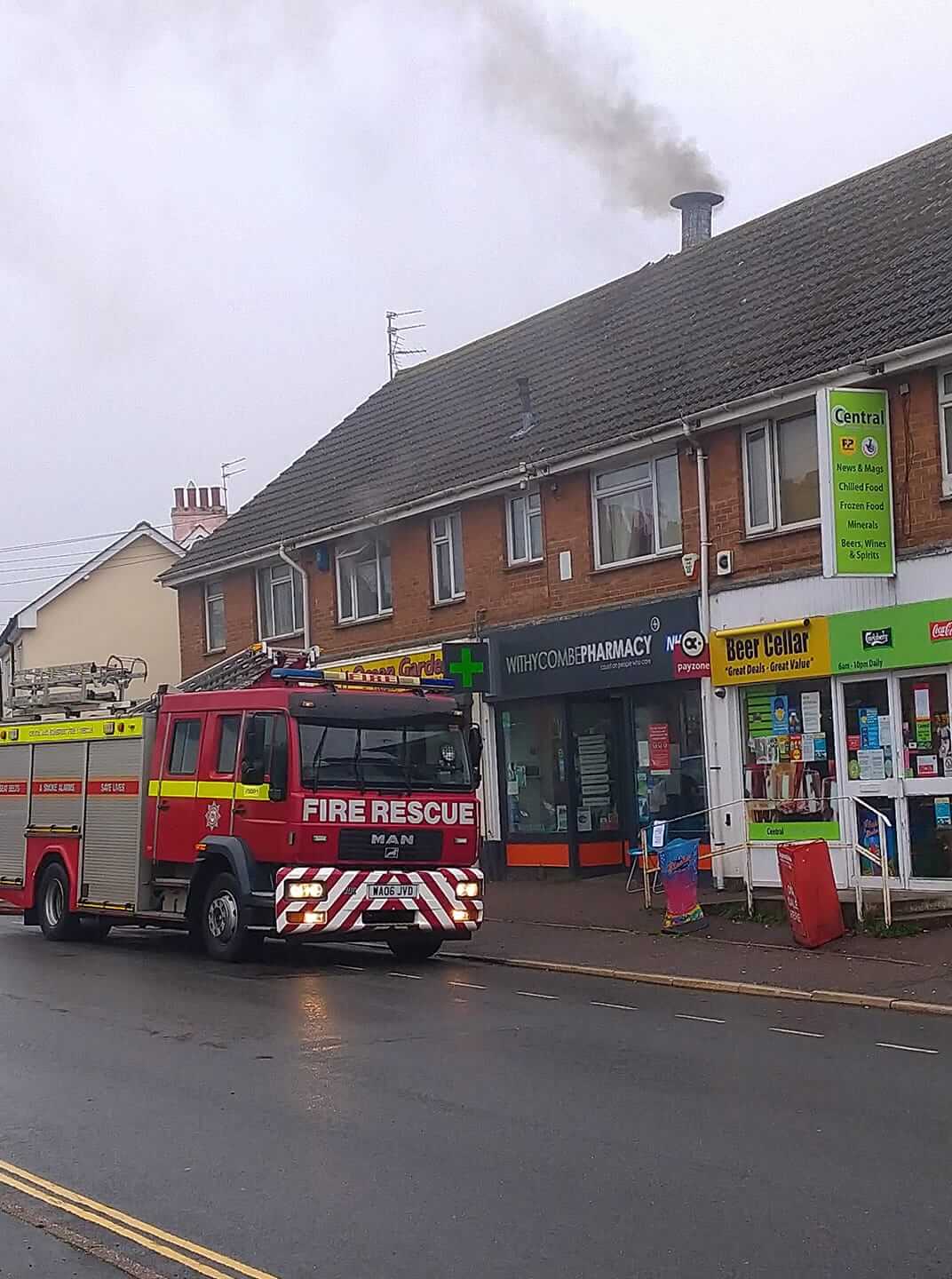 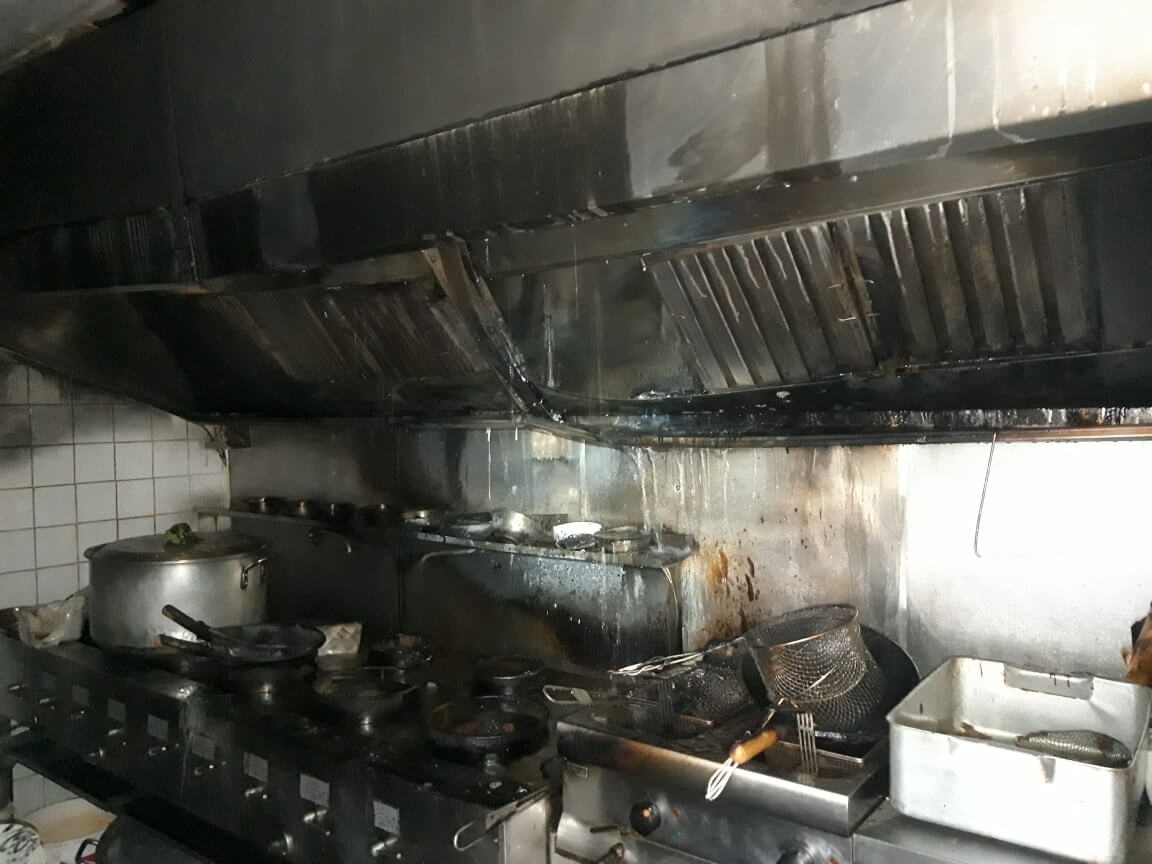 There was fire damage to the takeaway kitchen and accommodation above.
Photo: Exmouth Fire Station. 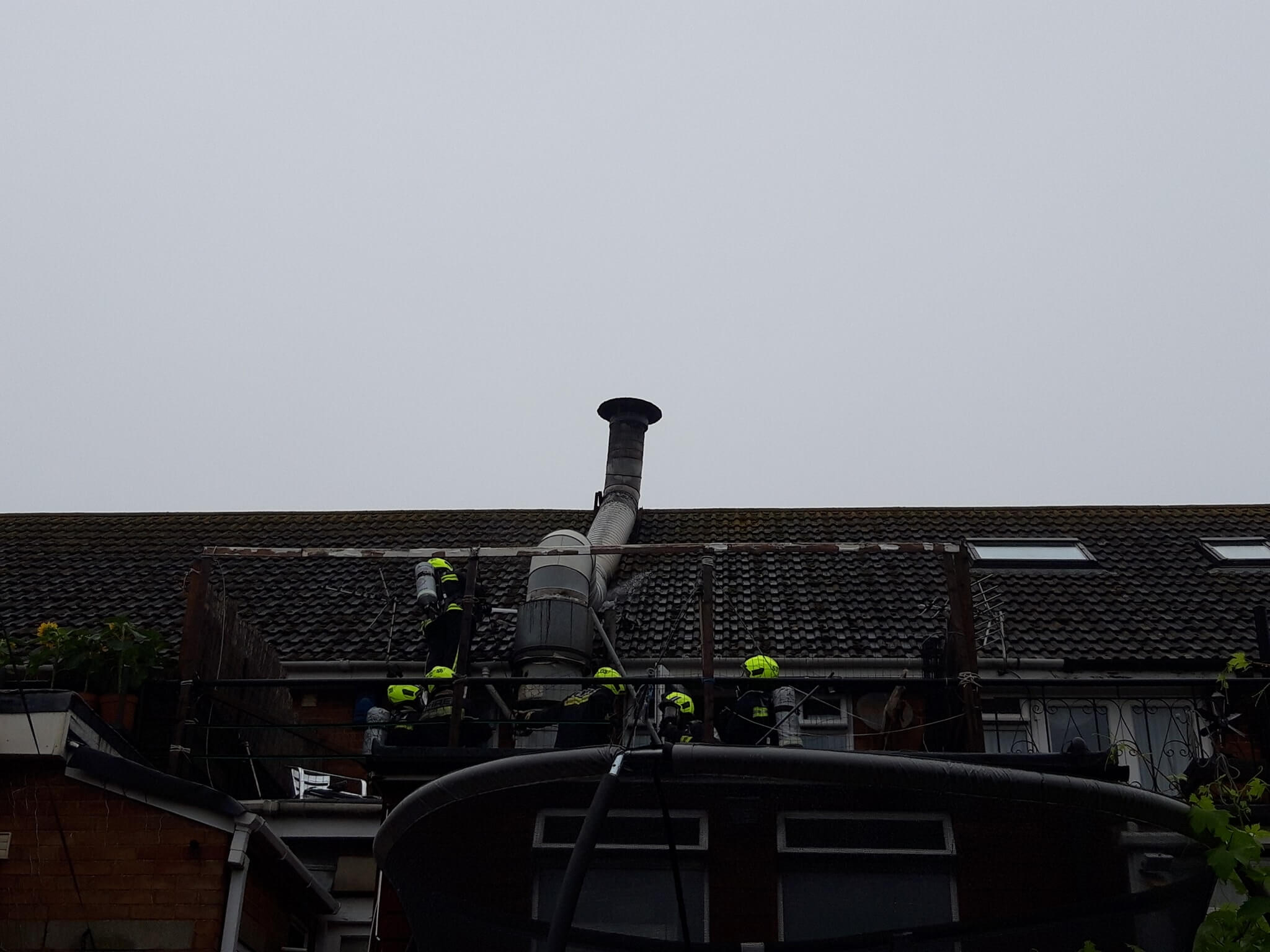 Firefighters from Middlemoor, in Exeter, and both crews from Exmouth were called to Withycombe Village at around 1.30pm.

The specialist aerial platform from Torquay was sent, with equipment to deal with fire in a commercial property.

A Devon and Somerset Fire and Rescue Service spokesperson said: “On arrival the crews confirmed that there was smoke and flames issuing from the property. 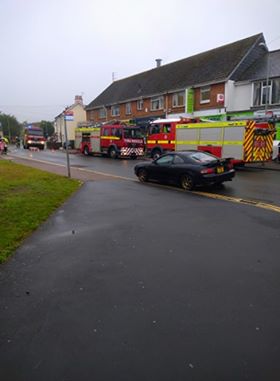 “The crews got to work quickly and used four breathing apparatus, two hose reel jets and a safety jet, plus a short extension and triple extension ladder to extinguish the fire, and two thermal imaging cameras and two positive pressure ventilation fans to make the property safe.

“The fire caused extensive damage to the retail property and accommodation above.”