Firefighters from the town and Middlemoor in Exeter were called to the incident at around 1.30pm and found flames and smoke coming from the property.

A number of people had raised the alarm and called 999. 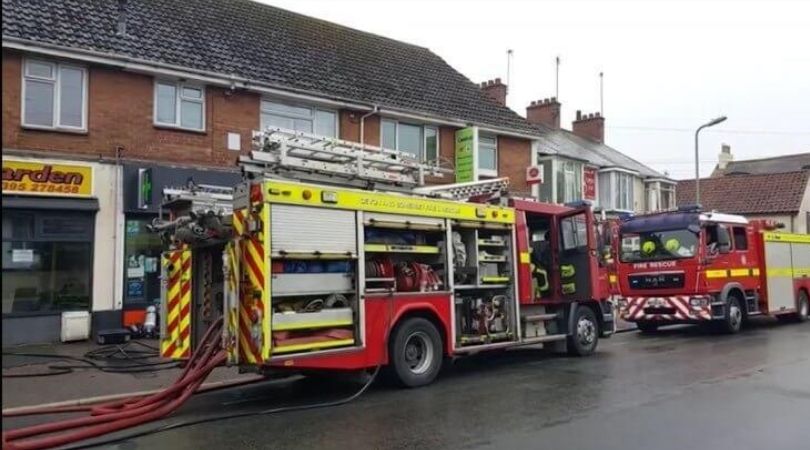 A Devon and Somerset Fire and Rescue Service spokesperson said: “The fire service received numerous calls to smoke issuing from a retail property.

“Two crews from Exmouth and one crew from Middlemoor attended.

“On arrival the crews confirmed that there was smoke and flames issuing from the property.

“The crews got to work quickly and used four breathing apparatus, two hose-reel jets and a safety jet, plus a short extension and triple extension ladder to extinguish the fire and two thermal imaging cameras and two positive pressure ventilation fans to make the property safe.

“The fire caused extensive damage to the retail property and accommodation above.”