Headteachers across East Devon and Exeter have all spoken of their pride in their A-Level students after the coronavirus robbed them of sitting exams.

Earlier this year the Government announced all summer exams would be cancelled because of the pandemic and grades awarded based on the pupils’ mock results, and work over the year.

Student successes in East Devon include winning university places at Oxford and Cambridge, London, Huddersfield, Bournemouth, Bristol, Southampton, Exeter and Edinburgh, and also a raft of employment and apprenticeships.

Students and staff at Exmouth Community College (ECC) were on Thursday (August 13) celebrating results which had improved on last year’s figures ‘despite the extraordinarily challenging conditions under which they were produced’.

ECC students and staff achieved 40 per cent A* to B grades, with 68 per cent of all grades being A*-C.

At least 74 ECC students have confirmed their places at university. Almost a quarter are going to a Russell group university.

The community college said two of its students achieved places at Oxford University.

The King’s School, in Ottery St Mary, spoke of its ‘particular pride’ in three ‘most outstanding students’ who achieved A*A*A* grades.

Clyst Vale Community College said all its university candidates secured a place at the campus of their choice.

Sidmouth College students heading to universities include places at Bournemouth, Exeter, Bristol and Southampton. Students not going to university will be moving into employment.

Exeter College students celebrated pass rates of 99.5 per cent and grades A* to B of 56 per cent.

Colleges and sixth-forms across East Devon vowed to appeal against any unfair results, backing any student who feels unjustly graded by the Covid-provoked system.

ECC Principal Andrew Davis said: “While the overall set of results looks great, we know there are individual students and departments whose efforts, due to the national grade awarding process, have been overlooked.

“We feel as disappointed about this as they do and our hopes for the results we would achieve together have not been totally realised for some individual students in specific circumstances, despite everyone’s best endeavours.

“I want students to know that we will do absolutely everything we can to make this right for them in order to get the outcome that their efforts, dedication and determination deserves and which the process has overlooked in some cases.” 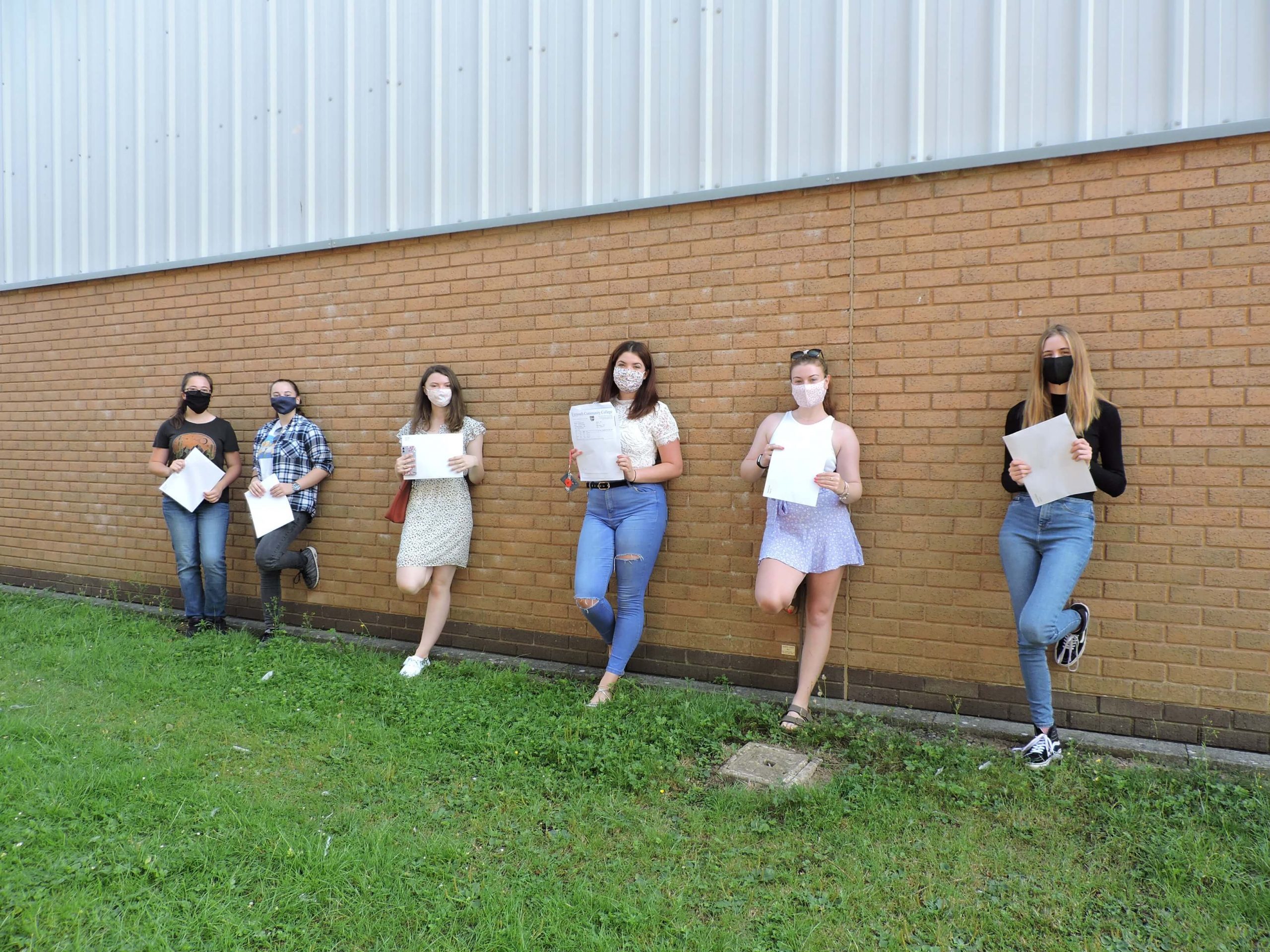 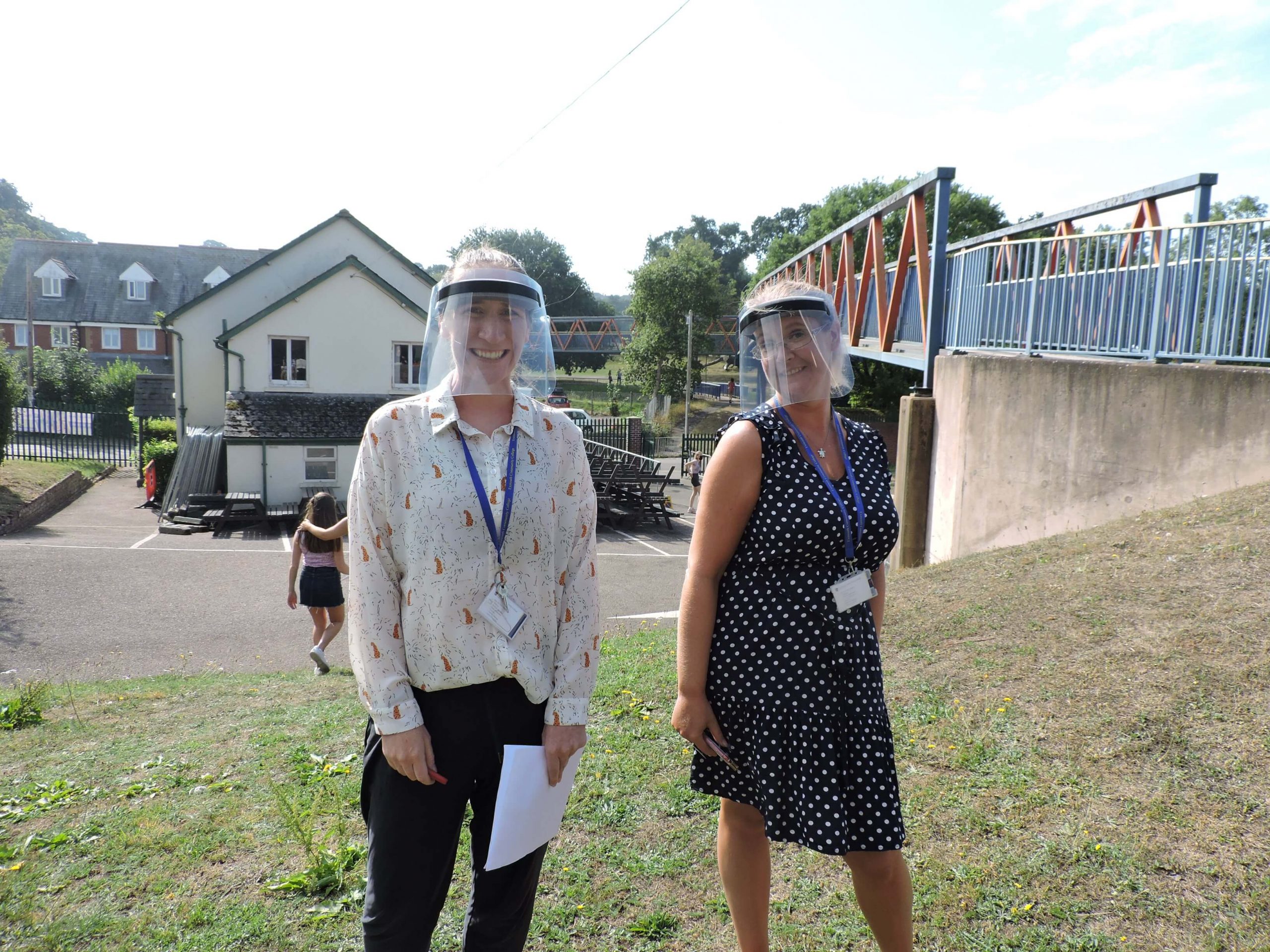 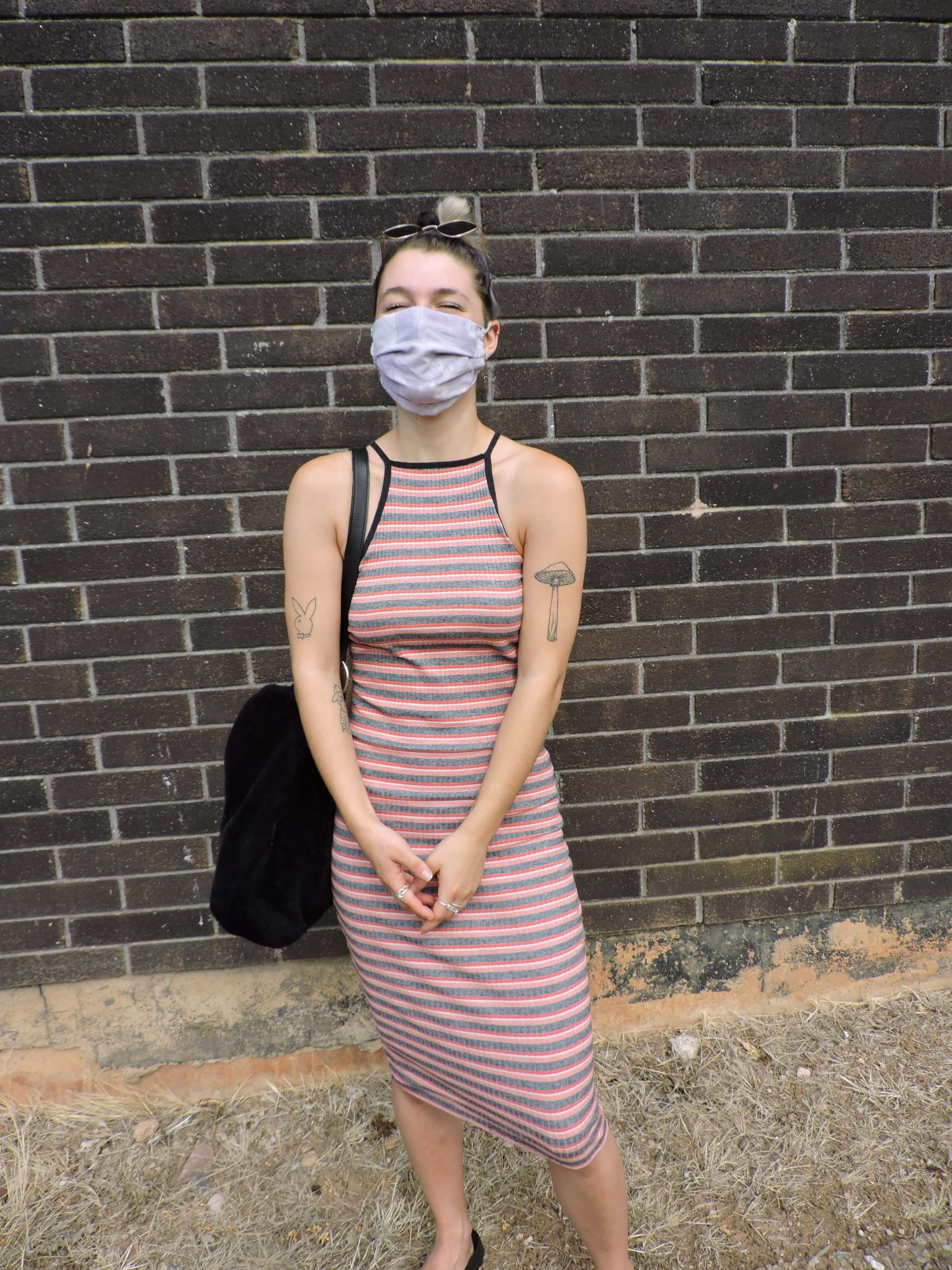 Rob Gannon, The King’s School headteacher, said: “We recognise that these A-Level results are vital in helping students as they move on to the next phase of their lives.

“We are equally as delighted that we have provided an education which has produced well-rounded young people who have the confidence and resilience necessary to help them be successful in whatever they choose to do in the future.

“This approach reflects our belief that a first-class education cannot be measured simply with a set of exam outcomes.”

He said: “If these had been results from actual exams, they would have been our best for at least three years.

“However, similar to nationally, thirty-nine per cent of all centre-assessed grades were downgraded.

“Seventy-five per cent of students had at least one of their grades downgraded.

“There was more of an impact on higher-ability students and on subjects with bigger cohorts in the college and nationally.

“So, even though our students have the grades to move on, quite a few were feeling some disappointment and unfairness.

“We will do our utmost to use the appeals systems to ensure that we can get as many fair results for our students as we possibly can.”

Sue Hurley, head of sixth form at Sidmouth College, said students’ attitudes to the exam changes had been ‘superb’.

She said: “They did not complain, completed all assessments that were asked of them and took the whole thing in their stride.

“Their resilience was amazing and, although it has been a difficult time, it will have certainly prepared them for the next stage in their journey.

“A significant percentage are going to university either this year or next and they will have certainly developed the skills that they will need.” 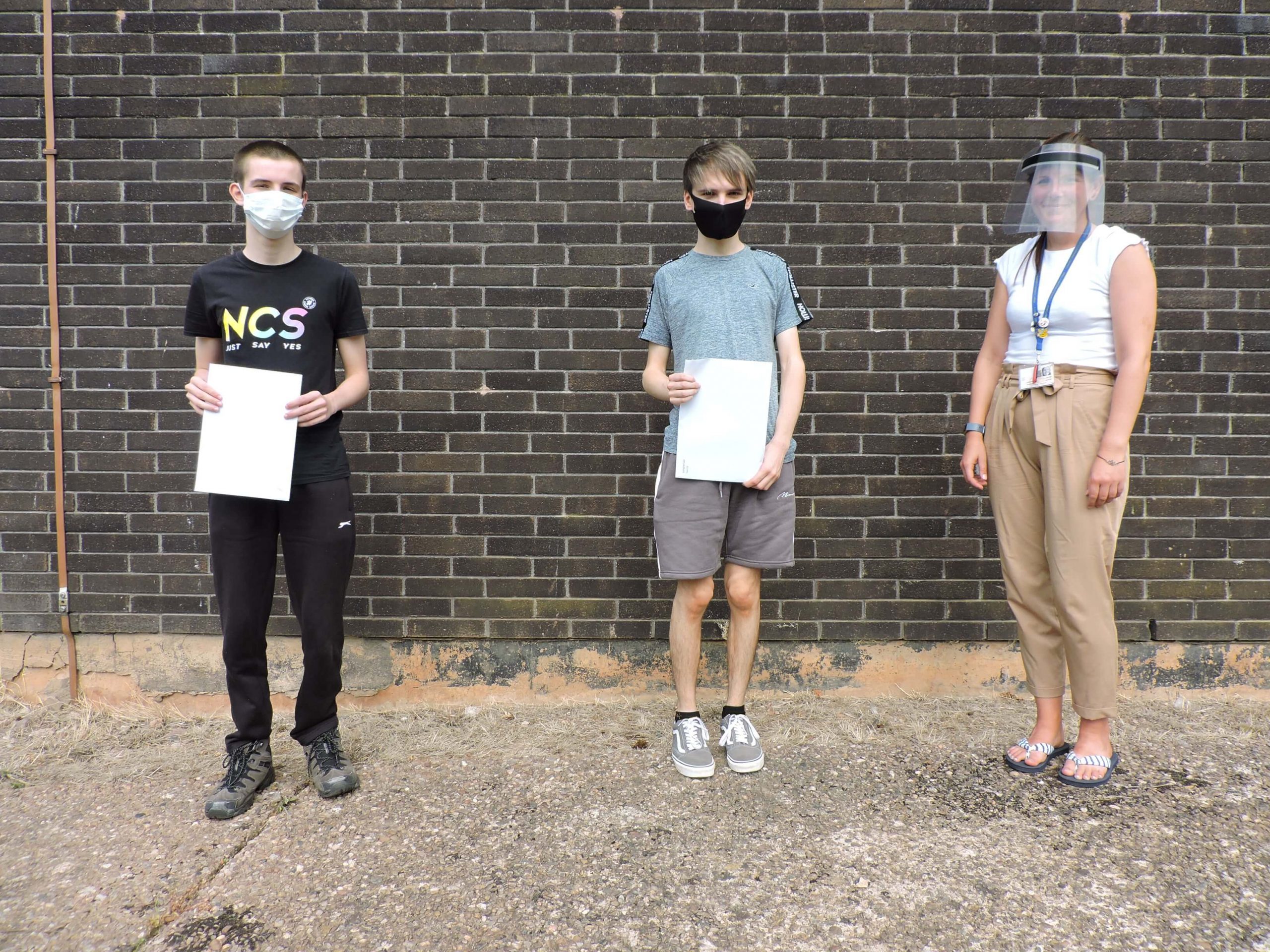 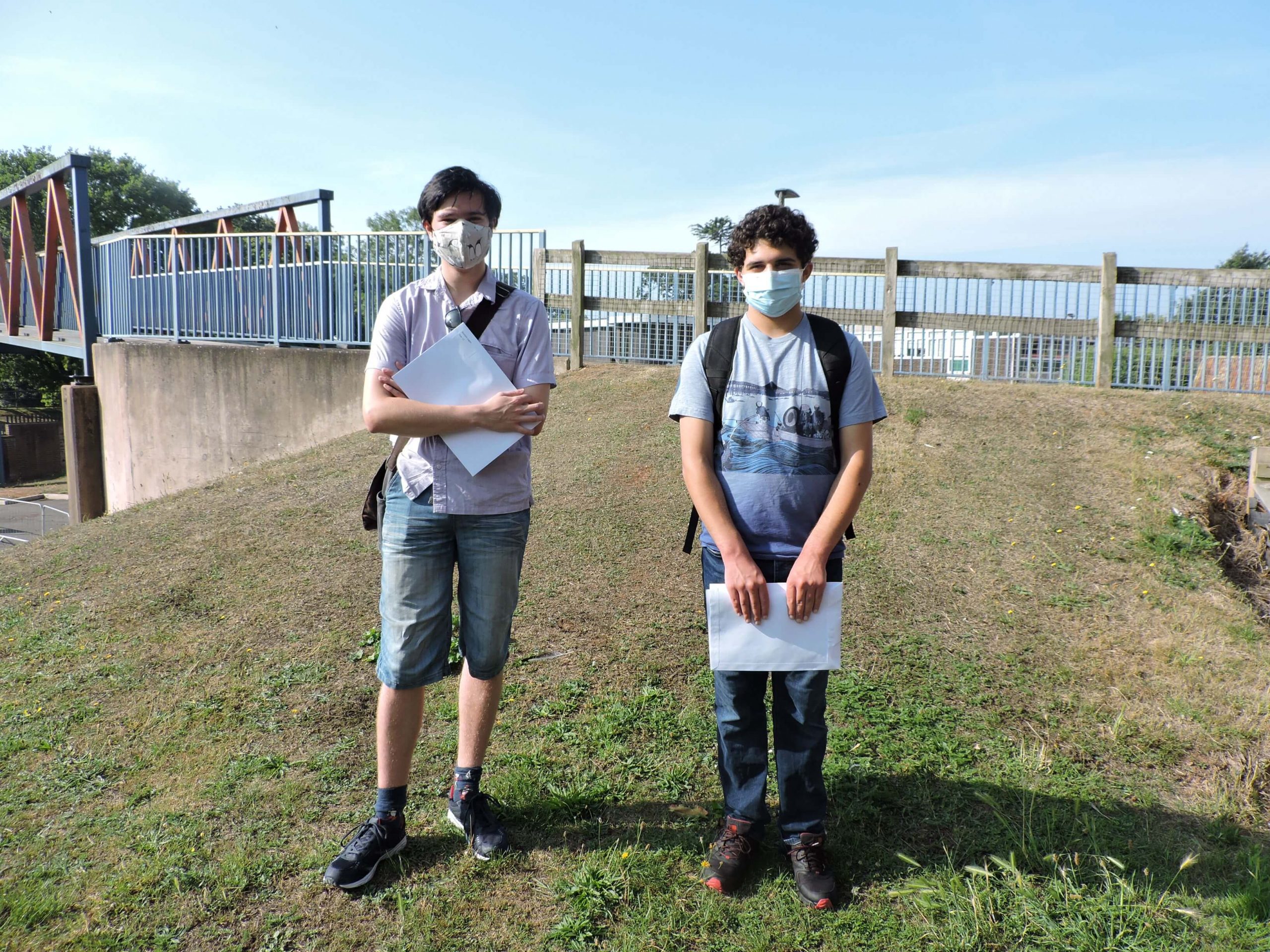