Wednesday, March 3
Trending
You are at:Home»News»Exmouth»Jane walks 80 miles to mark 80th birthday as thanks to charity for husband’s end-of-life care in Exmouth

Walking 80 miles to celebrate her 80th birthday in aid of the charity who helped her husband when he died is a challenge set by a grandmother from Exmouth.

Jane Asten, 79, of South Street, Exmouth, is stepping out each day and walking to raise funds for Exmouth and Lympstone Hopsicare, in memory of her husband, Brian Finch, who died five years ago.

The pensioner hopes to raise £3,000 for the charity through sponsorship and her JustGiving page, walking five miles a day until August 21, when she celebrates her 80th birthday.

Jane’s daily walk challenge is to thank Exmouth and Lympstone Hospiscare for the end-of-life care and support they gave her husband Brian, who died aged 75.

The grandmother-of-five said: “I was able to be with my husband as he was ready to die. I could be beside him and know how enormous that was and what a huge comfort it was to both of us.

“I saw it with my parents many years ago in hospital, first my father and later my mother, and realised I could not leave their bedside as there was no one there with the time or expertise to help.

“I began to realise that the hospital is not a good place for end of life.” 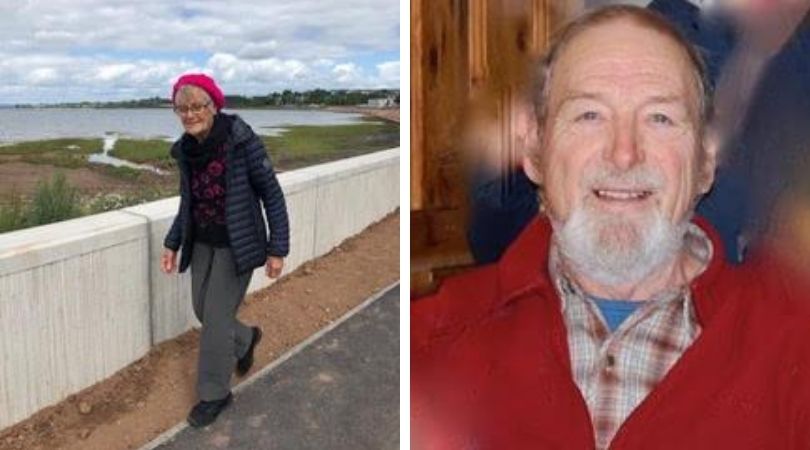 Jane Asten, left, is walking for Exmouth and Lympstone Hospiscare, who gave end-of-life care to her husband, Brian Finch, right.

Jane said she was grateful for the end-of-life care Brian received thanks to the specialist nurses at Exmouth and Lympstone Hospiscare, and glad for the support and help given to her.

She said: “I have long been a supporter of Hospiscare. They were wonderful with my husband during his last few days. They were so supportive of him and myself.

“Their attitude was just so helpful at that time.  You can rely on Hospiscare to know how to give support.

Jane added: “They are part of our health care and I would favour more public support from the Government but we don’t have it at the moment. It’s chronically underfunded and relies on the community.

“They support people and their families in whatever way they need, whether it’s specialist nursing care, or medication to ease things.

“We are very, very, fortunate in this area with Hospiscare cover and we have Hospiscare@home which is not everywhere. I wanted to do something for them.”

Mum-of-two Jane’s daily walks began at the start of August and each day she has been stepping out from her home at 7.30am, walking a five-mile circular route.

She welcomes any well-wishers who arrive to walk with her – for the whole or part of the way – on one of four different routes, which takes under two hours to complete.

Jane said she wanted to mark her 80th birthday in a ‘useful’ way after the coronavirus pandemic cancelled her plans to celebrate with family.

She is posting daily updates of her walks on her Facebook page, here.

For more information on how to support Jane with a donation to Exmouth and Lympstone Hospiscare, see her JustGiving page here.