Wednesday, January 27
Trending
You are at:Home»News»Four escape with minor injuries before overturned campervan catches fire on Telegraph Hill, near Exeter

The occupants of an overturned campervan escaped with minor injuries before it caught fire on Telegraph Hill, near Exeter, on Monday afternoon (August 10).

The emergency services were called to A380 near Kennford at around 3.15pm where part of the road was closed while firefighters tackled the vehicle blaze.

The emergency services said traffic in the area was running slowly because of an earlier crash involving a car and caravan on Haldon Hill.

The four people traveling in the campervan were left in the care of the ambulance service.

Damage was caused to one lane of the dual carriageway, said Devon and Cornwall Police.

Traffic has been running slowly while police wait for the recovery of the fire-damaged campervan.

The fire service said the cause of the motorhome blaze was thought to be accidental. 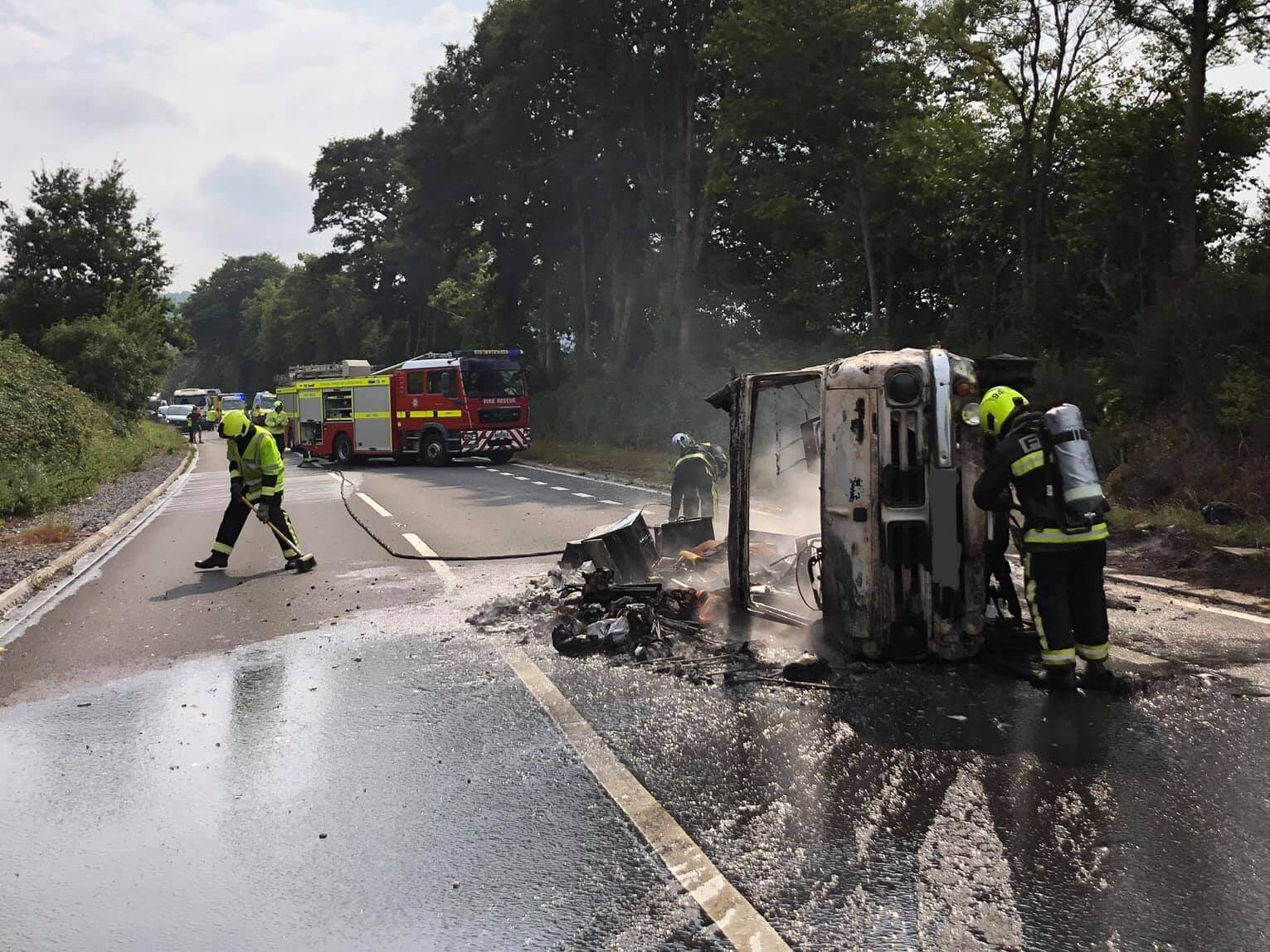 A Devon and Cornwall Police spokesman said: “Police were called around 3.15pm with reports that a campervan had overturned and caught on fire.

“All occupants reportedly out of the vehicle and believed to be minor injuries.

“Traffic has been building up as the route is the diversion route from a previous incident on the A38.

“Damage was caused to one lane of the highway.” 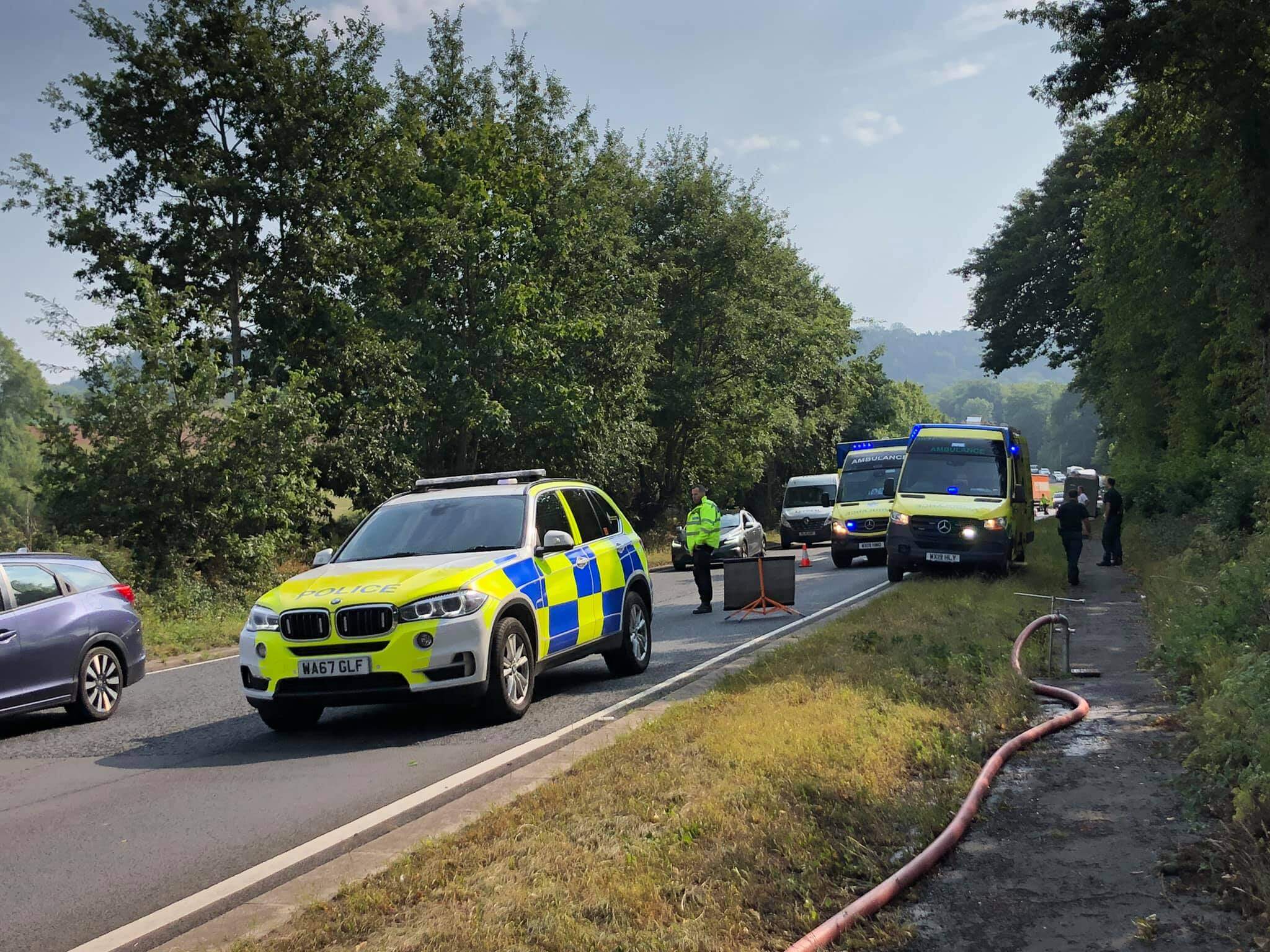 A Devon and Somerset Fire and Rescue Service spokesperson said: “A fire appliance from Middlemoor and one from Danes Castle attended a campervan on fire as a result of a single vehicle road traffic collision.

“Four people were in the vehicle and sustained minor injuries and are now all in the care of the ambulance service.

“Crews used two breathing apparatus and two hose reel jets to extinguish the fire and police also attended this incident for traffic management as the dual carriageway had to be closed.

“The cause of this incident is believed to be accidental.” 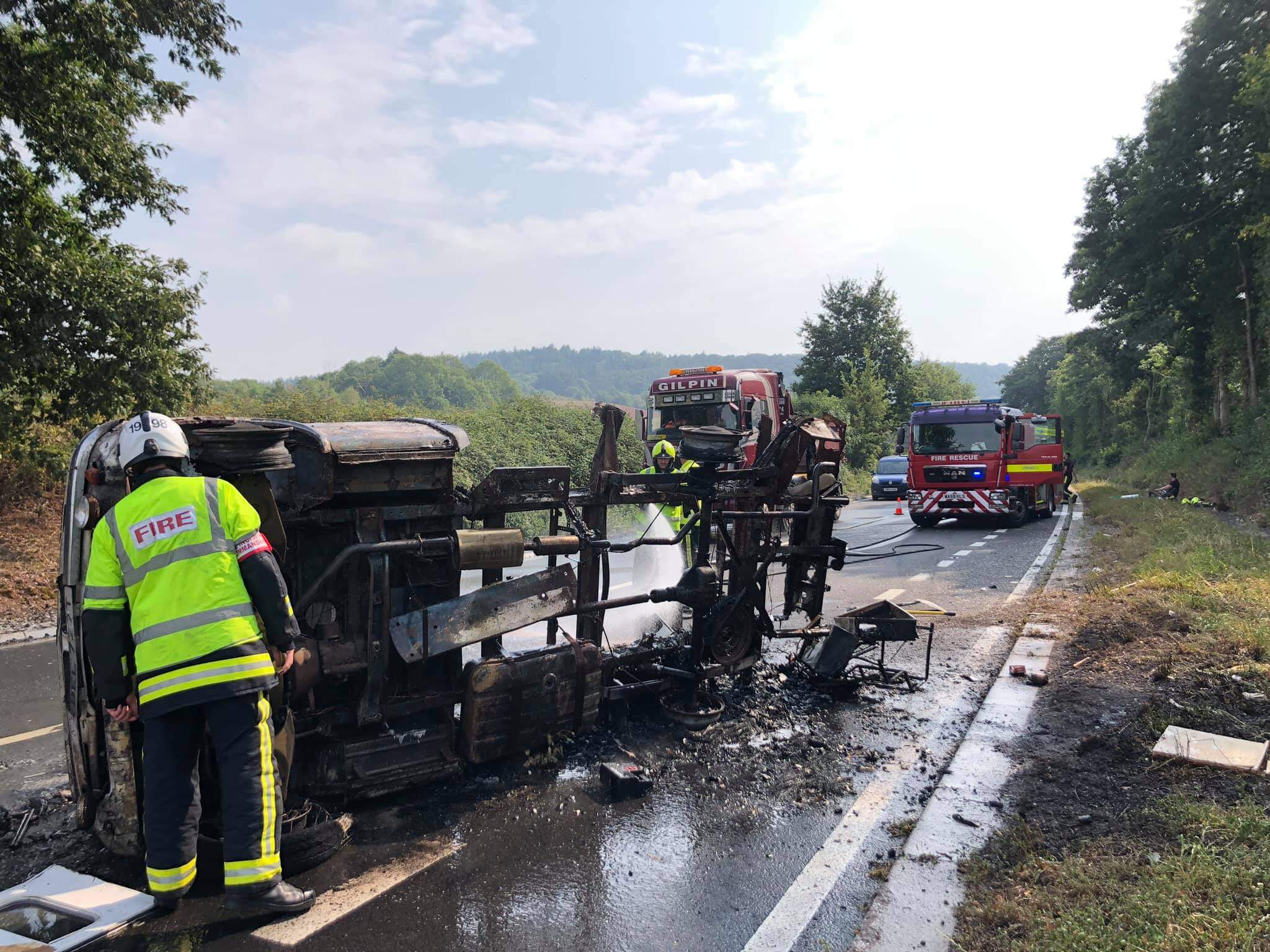