Friday, April 16
Trending
You are at:Home»News»East Devon»Birthday treat ends in rescue for two kayakers who capsized at Axmouth

A kayaking birthday treat turned into a rescue for two men when they capsized at Axmouth on Sunday morning (August 2) and struggled to swim to shore.

The pair capsized after they paddled down the River Axe and were taken by the tide out to sea.

The two men, left ‘shaken’ and ‘tired’ by their ordeal, swam back to shore with one kayak, while the other vessel was picked up by Sidmouth Lifeboat.

A Beer Coastguard Rescue spokesman urged kayakers to check the tide before paddling through a river mouth.

A Beer Coastguard spokesperson said: “Both casualties were shaken but otherwise okay.

“This was our fifth incident at the river mouth this year.

“If you’re going to kayak out of a river mouth and you don’t know what it’s like, please check the tide and have a look from the shore first.

“If these two males had done that, they would not have attempted it with the level of experience they had.

“This was a birthday treat for one of them, one they won’t forget.”

The kayakers reported in difficulty near Axmouth on Sunday morning reached safety thanks to their lifejackets.

Sidmouth Lifeboat volunteers Guy Bennett, Martin Barnard, Charli Ferrand were on a training exercise in the area shortly after 9am when the shout came in to help the two men kayakers.

Lifeboat volunteers located and found the missing kayak adrift off Axmouth and returned it to the beach, where the men had swum to safety.

“Sidmouth Lifeboat sent one crewmember ashore to check on the two kayakers, who were tired, but in good health.

Both kayakers had been wearing lifejackets, which undoubtedly assisted their ability to swim ashore safely.

“Sidmouth Lifeboat located and rescued the missing kayak, which was adrift 400 metres south of Axmouth, and returned the kayak safely to Beer Coastguard onshore.

Beer Coastguard Rescue Team said its volunteers were tasked along with Sidmouth lifeboat to two kayakers capsized in the water at mouth of the River Axe, who were struggling to get ashore.

The two casualties reached the shore with one kayak as the lifeboat and coastguard team arrived.

A Beer Coastguard spokesperson said: “The lifeboat put a crew member ashore and coastguard team met the casualties to check they were okay.

“The second kayak was seen 250m off shore and brought ashore by the lifeboat.” 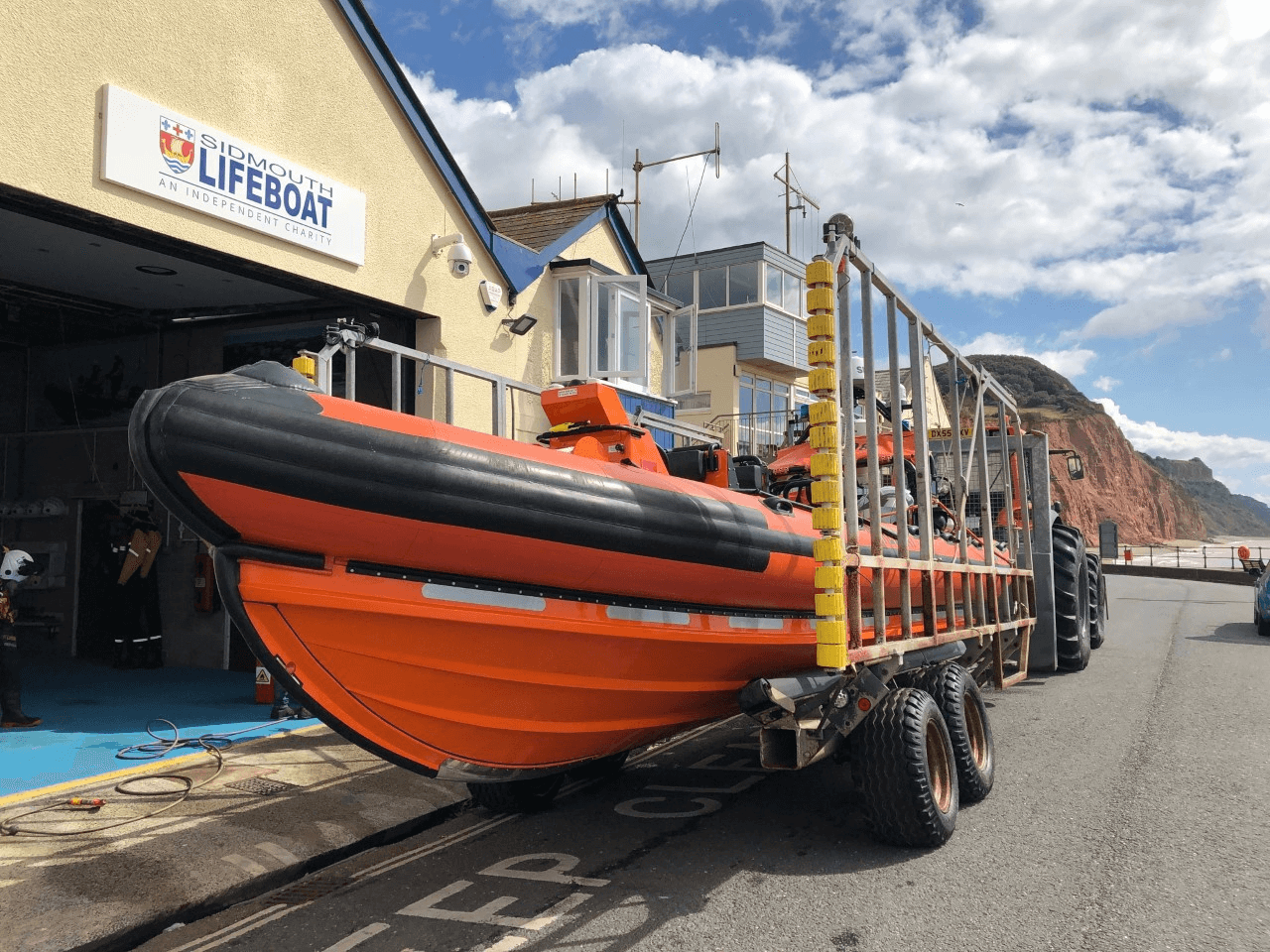