Tuesday, March 2
Trending
You are at:Home»News»East Devon»Go-ahead for new homes and car park in heart of East Devon village

Community-backed plans for new homes in the heart of an East Devon village have been approved after a recommendation to refuse them was panned as ‘disgraceful’.

The outline scheme for nine dwellings, office space, a farm office, meeting room, and a village car park at Slade Barton in Payhembury was approved by the district council’s Planning Committee.

This is not development-led, this is community-led and I find this disgraceful that we want to refuse this – Cllr Philip Skinner

But Councillor Philip Skinner, who represents the Tale Vale ward, told the meeting: “This is absolutely supported by the community.

“Of course there are one or two doubters, but this is from a wonderful applicant who’s very much engaged and a third generation of landowners in his village, who is trying to do the best thing.

He added: “This is at the very heart and the essence of the community.

“This is not development-led, this is community-led and I find this disgraceful that we want to refuse this.

“This is what we want our community to be doing and there is no reason why this would be turned down.

“This is right in the heart of the village, opposite the school, near to the church and pub.

“This should be encouraged and approved, and the offsite contribution could go to Broadhembury which has a dire need for affordable housing.” 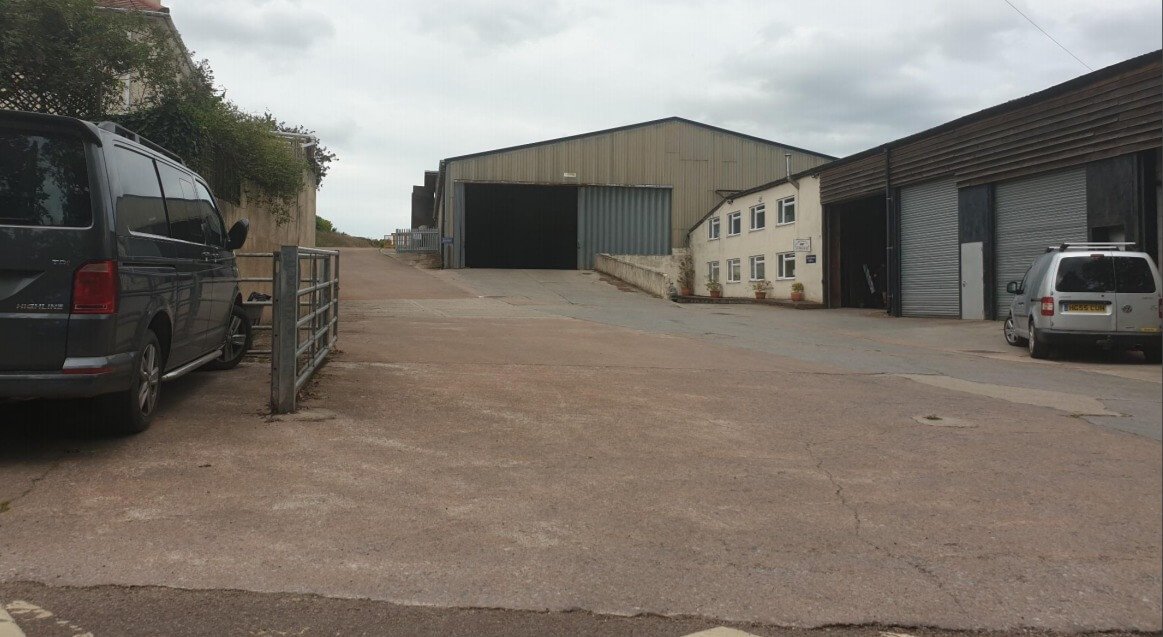 The Slade Barton site in Payhembury. Image shown to the EDDC Planning Committee. 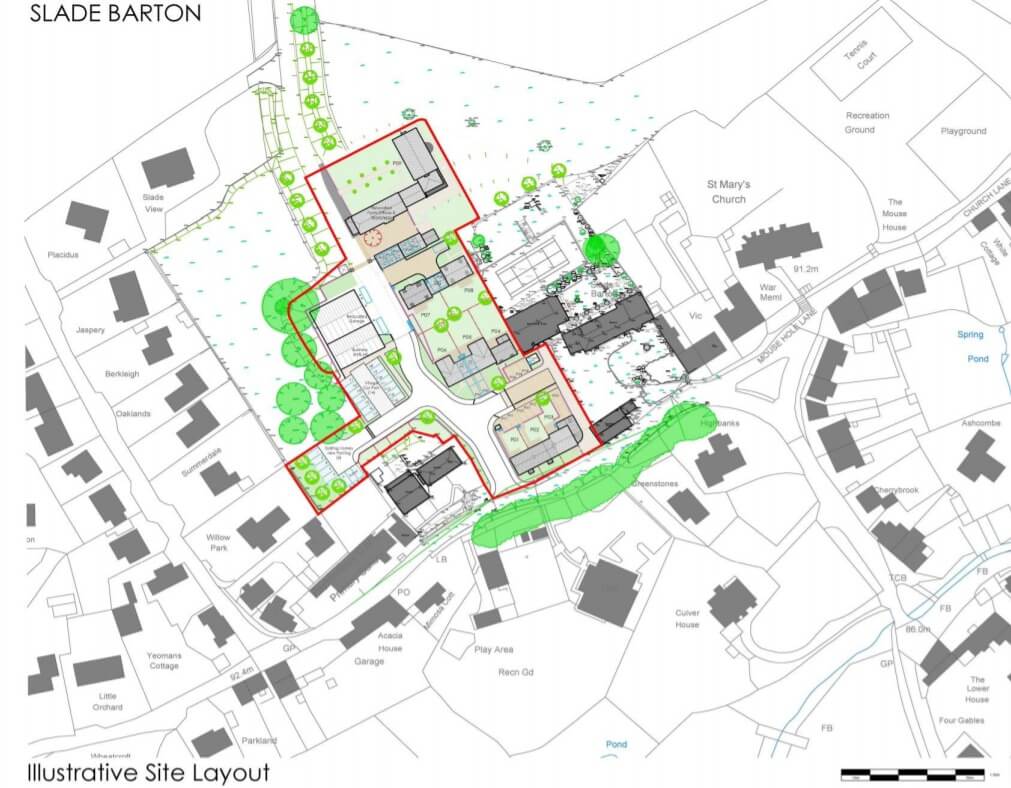 An illustrative masterplan for the Slade Barton site in Payhembury. Image shown to the EDDC Planning Committee.

Cllr Geoff Pook said: “This is certainly not harmful to the environment, the neighbourhood aspirations or the community, and I think this offers so much so I am happy to support it.”

Cllr Olly Davey added: “There is widespread local support from the village for it to happen, so we have to listen to them.

“It will improve the amenity and given the overwhelming local support, it would be undemocratic of us to go against that.” 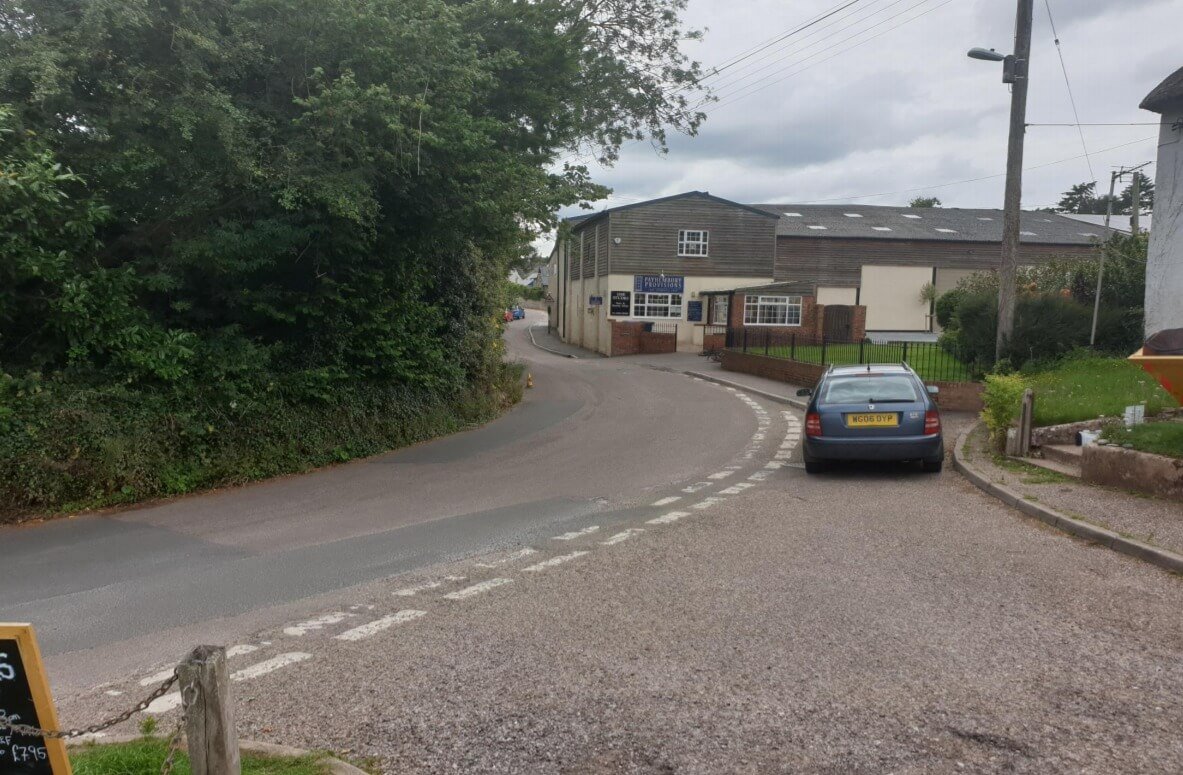 The Slade Barton site in Payhembury. Image shown to the EDDC Planning Committee.

East Devon District Council (EDDC) development manager Chris Rose had told the committee in a  report: “Most significantly, the proposal includes the removal of large industrial and agricultural buildings at the entrance to the site, and are therefore prominent within the village.

“It is agreed that these buildings are not aesthetically pleasing and their removal may result in the immediate area appearing more attractive.

“Also weighing in favour of the proposal is the provision of a parking area, which would serve many of the facilities surrounding the development.

“Notwithstanding the concern raised by one objector that this would still be insufficient to serve the needs of the swimming pool, it is clear that this would benefit the immediate area by the removal of vehicles on the main road through the village, which currently have nowhere else to park.

“There are also benefits in the provision of nine new dwellings and employment units in providing some local employment during construction, and in the longer term contributing towards village services such as supporting the school or shop.

“However, the introduction of nine new properties, with no affordable housing, is a significant departure from the development strategy of the district which seeks to only permit housing outside of built-up area boundaries/settlements in exceptional circumstances.”

Councillors gave the outline application the go-ahead by ten votes to three abstentions.

Full and detailed proposals will need to be submitted and approved before the scheme can become a reality.