Sunday, May 16
Trending
You are at:Home»News»East Devon»Fire service reassures arson-hit Exmouth and Budleigh residents and businesses with visits and advice

The fire service has been out in Exmouth and Budleigh Salterton reassuring the public after a spate of arson attacks.

And fire safety officers from Exmouth will be visiting businesses in arson-hit areas to give advice, reassurance, and answer questions, DSFRS said. 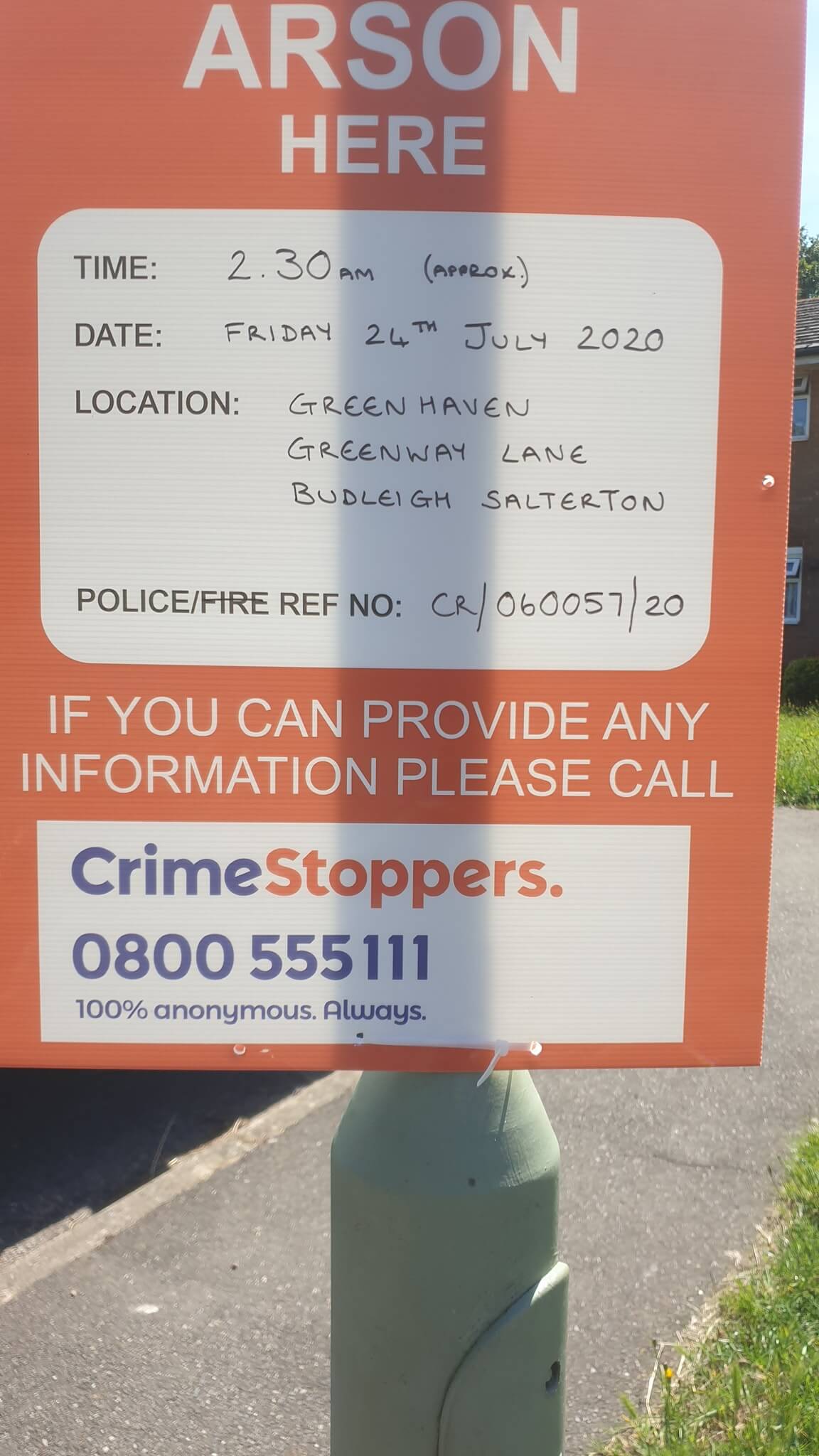 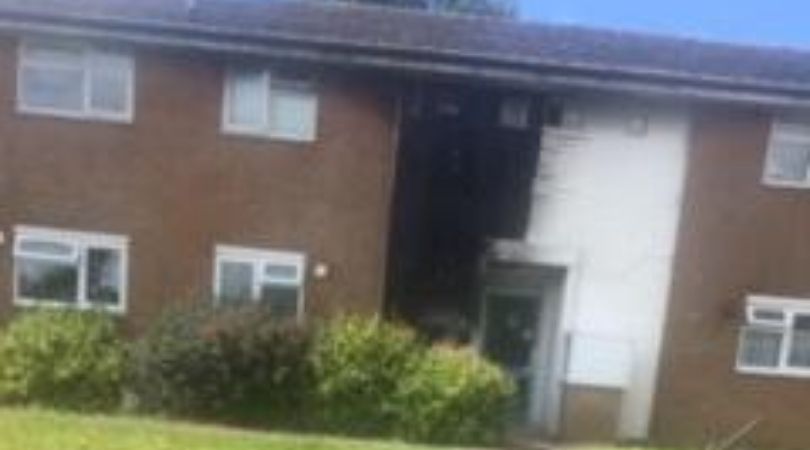 The fire service has urged the public to stay alert, keep bins and flammable property inside and away from buildings until collection.

The move comes after a spate of arson attacks in the early hours of the morning on homes and businesses across the Exmouth and Budleigh area over the last month.

Sheltered accommodation flats in Greenway Lane, Budleigh, have been targeted twice in a week – the most recent attack was on July 29 and was spotted by police at 2am – the blaze deliberately set near gas pipes.

Darren Peters, DSFRS area manager, said: “We are working closely with colleagues from Devon and Cornwall Police and East Devon District Council to protect our residents and businesses from the risks of fire.

“We would ask that the local communities work with us to ensure we prevent further incidents happening by being vigilant and ensuring bins and flammable items are stored safely and away from buildings or vehicles.”

And fire safety officers and firefighters from Exmouth Fire Station will visit businesses with advice on reducing the risk of arson attacks. 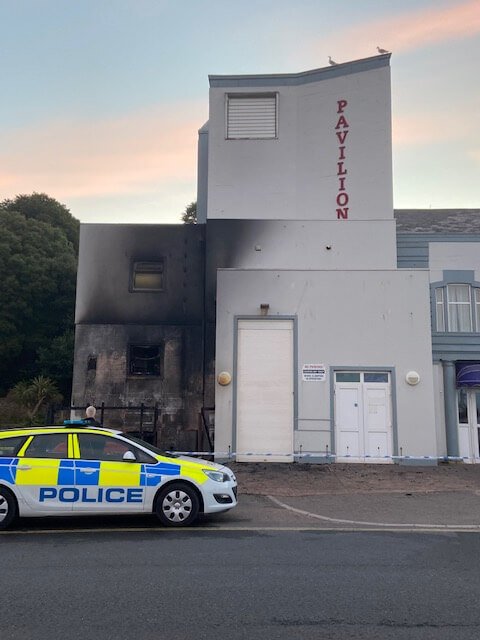 Exmouth Pavilion was targeted by an arsonist in the early hours of Monday, July 13, after bins outside building were deliberately set alight using what police believe was an accelerant.
Photo: EDDC 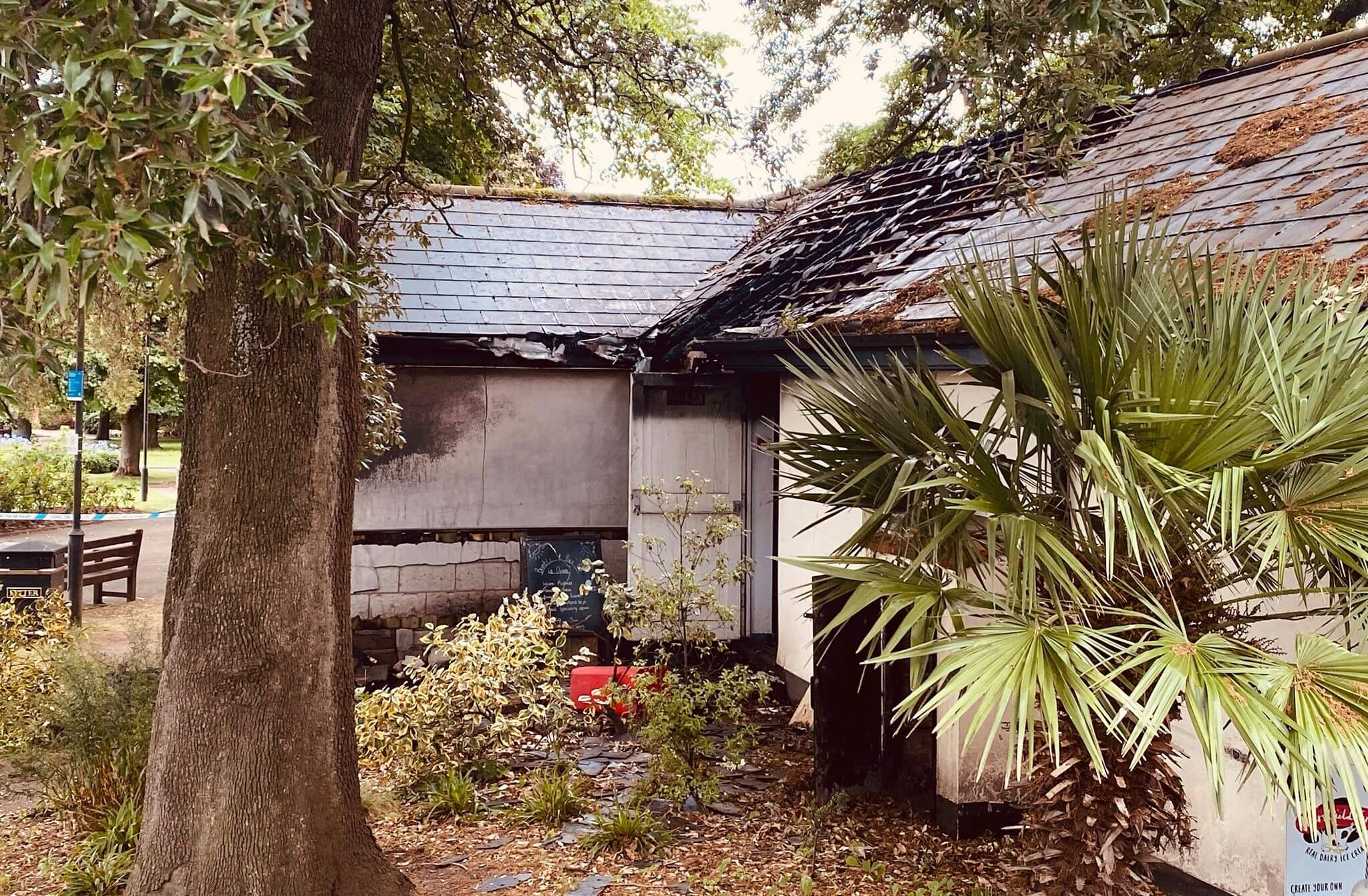 The fire at Bumble and Bee tearooms in Exmouth broke out in the early hours of July 8.
Photo: Darrell Trigs.

Police investigating further suspected arson attacks to bins in the Exmouth and Budleigh Salterton areas, all carried out in the last month, believe they are all linked.

Investigating officers have appealed for public help to identify the arsonist.

Detective Sergeant Tim Hegarty, of Exmouth CID, said: “We would like to hear from anyone who has witnessed any suspicious activity or have concerns about any person they may know who has, for example, come home smelling of fire, or has developed a fascination with fire or the emergency services.”

A passing police officer tackled flames at the Greenhaven sheltered housing in Budleigh Salterton, which had been the target of two arson attacks in a week.

The constable was on patrol when he spotted the deliberately-started fire coming from a gas main in Greenway Lane, at around 2am on Wednesday, July 29.

He halted the blaze using an extinguisher from his squad car.

Residents in the 24 flats were evacuated during the incident.

Bins of commercial premises have been targeted in six cases, police said. 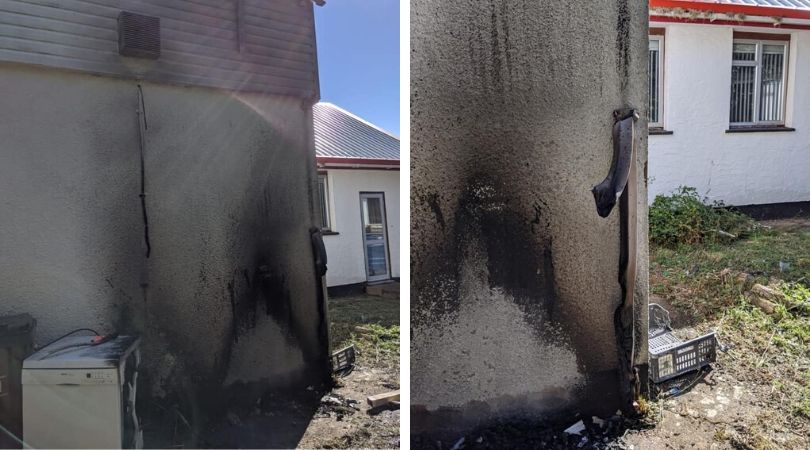 A wheelie bin caught fire outside the club and was minutes away from spreading to the building.
Photos: Budleigh Salterton Football Club.

A fire in the early hours of Friday, July, 24, was started in recycling waste outside sheltered accommodation flats in Greenhaven, Budleigh, while the occupants were asleep.

Police said no one was injured and the smoke-logged flats, in Greenway Lane, were evacuated.

The bins at Budleigh Salterton Football Club, in Greenway Lane, were targeted around 3am on Saturday, July 11.

DSFRS is asking the public to report any suspicious behaviour to police on 101, or 999 in an emergency, quoting crime reference number CR/61698/20.