A long-awaited scheme to protect 72 homes in Feniton from flooding is still on track to be completed in 2021 – despite work being derailed by Covid-19.

District council chiefs this week unanimously voted to postpone the four-phase project, which includes an underground crossing of the Exeter to Waterloo train line.

But they were told the move would likely help plug a £1.5million funding shortfall and ensure the entire initiative can be finished.

The first two phases were completed in 2016.

Work on the third, the under-track crossing, was due to take place in May but was halted by the coronavirus crisis.

Funding has not yet been secured for the fourth and final phase; the remaining culverted sections.

Members of East Devon District Council’s (EDDC) cabinet heard on Tuesday that all four parts need to be completed for the flood defences to be ‘effective’.

Councillors were also told there is now a greater chance government cash can be found for the £1.5million final phase. 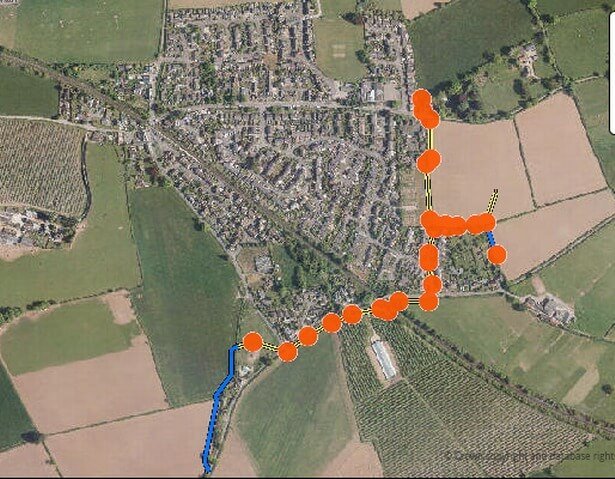 John Golding, strategic lead for housing, health and environment, said pausing the scheme would allow for an updated business case to be submitted to the Environment Agency to ‘secure funding certainty’.

He added that the council would also work with Network Rail to identify a period for a track closure so the under-rail work can be done.

“We think this represents the best position for the council to manage that financial risk whilst ensuring that we continue to proceed with the project and, critically, protect Feniton from future flooding,” said Mr Golding.

He added: “Although we are unable to undertake the work under the railway embankment for this autumn, I can assure you that we are doing everything possible for the flood prevention in Feniton.

“The critical part is cutting underneath the railway…there’s no point in doing the final section [phase four]until that work is completed.

“I can assure you we will get it done sometime next year.

“It looks like it’s not going to need any extra funding other than from the Environment Agency which is good news.”

Feniton representative Cllr Susie Bond told the meeting: “I’ve slightly lost track of the number of times I’ve spoken at cabinet about the plight of Feniton residents and their constant fear of flooding.”

She thanked officers for their ‘dogged tenacity’.

Cabinet members voted unanimously to postpone the delivery of phase three until the whole project, including phase four, is fully-funded.

Negotiations will continue with Network Rail on the under-track crossing.

Members also agreed that phase four be scheduled for delivery in 2021/22 – and a section of this could be built this autumn to reduce some flood risk to Feniton.

Find out more about the Feniton Flood Alleviation Scheme here.